The 10 Best TV Horror Hosts We All Love

If you’re looking to either walk down memory lane or find a good entry point to learn more, checking out any of these ten TV horror movie hosts is a fantastic place to start! 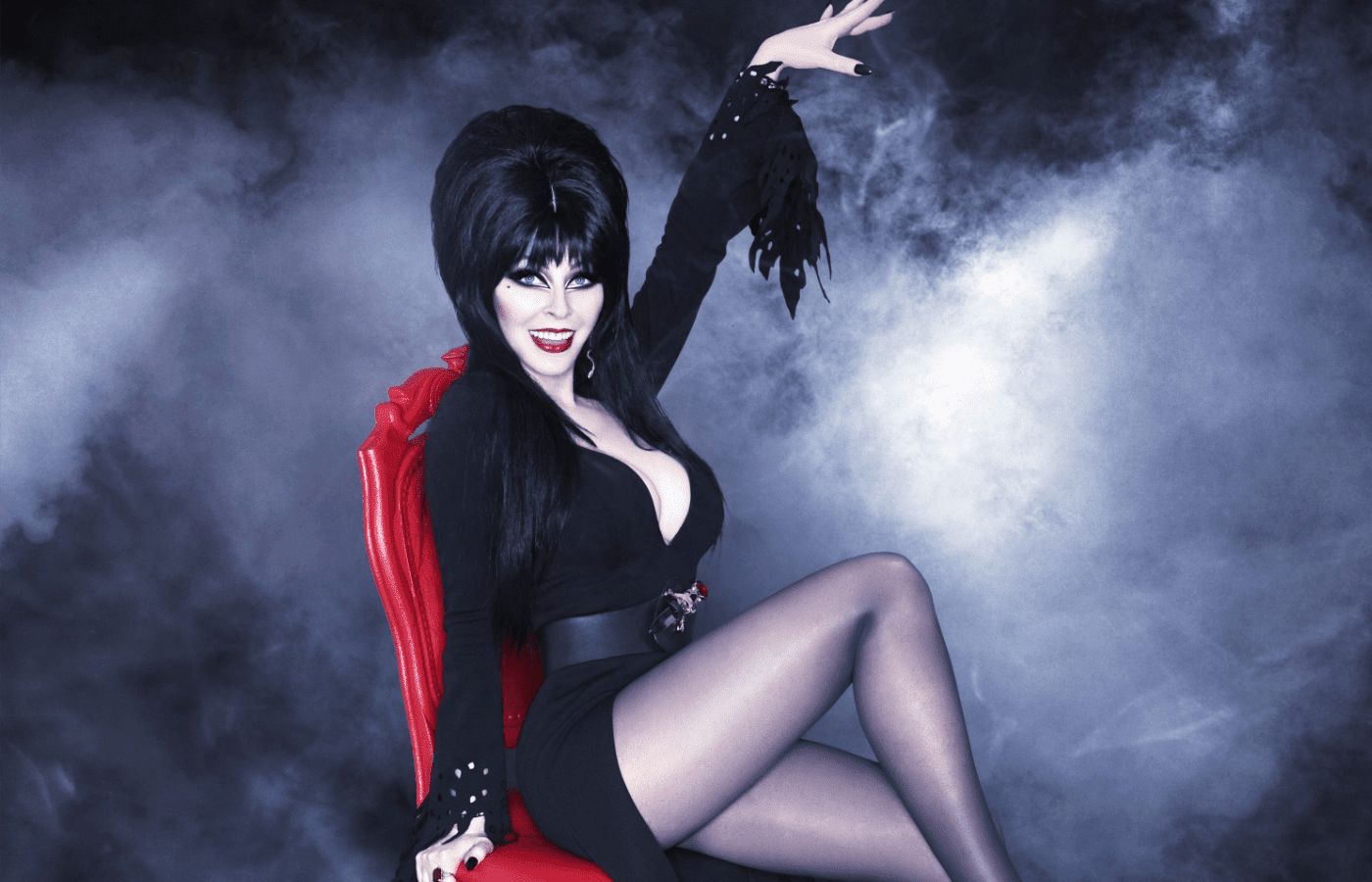 These are the Ten Best TV Horror Hosts

If you’re looking to either walk down memory lane or find a good entry point to learn more, checking out any of these ten TV horror movie hosts is a fantastic place to start!

In 1957, a package of old Universal horror movies was leased to networks, necessitating promotion. Studios hired TV hosts to present the B-movies, oftentimes giving the gig to someone already working at their local station. Thus began the tradition of the TV horror host – a presenter with their own special character who provides entertainment and commentary between the commercial breaks. The TV horror host trend reached its peak between the 60s and 80s, but the internet era has ushered in new opportunities to continue the tradition.

During the height of the craze, almost every major city in the country had its own hometown horror hero, each garnering a loyal following and creating fans of the trend nationwide. Every TV horror host has their own specific brand and naming any of them as the top of the craft is almost impossible. However, if you’re looking to either walk down memory lane or find a good entry point to learn more, checking out any of these ten hosts is a fantastic place to start.

RELATED: Horror Hosts Were Saved By The Internet

Though her name might not immediately spark recognition, the image of Maila Nurmi in costume as this iconic, pioneering TV horror host will usually tap into the collective consciousness. In the mid-1950s on KABC-TV in Los Angeles, Vampira would slowly saunter down a long hallway and through a deep fog, appearing as an hourglass silhouette before looking dead into the camera and letting out a perfect scream.

She was coolness personified: smoking cigarettes lit from candelabras while flippantly taking stabs at the movies that she hosted. Although her run on television was only two years (which is very brief in the world of TV horror hosts), Vampira earns her place among the ranks based on legacy and cultural impact alone – she was the first to host a late-night Shock Theater package and went on to star in cult classics such as Ed Wood’s Plan 9 from Outer Space.

Two men have embodied the character of Svengoolie, a vampiric-looking hippie-type host. The show began with Jerry Bishop in 1970 on WFLD in Chicago and was canceled in 1973, only to be later revived in 1979 with fan-turned-writer Rich Koz as Son of Svengoolie. By the third time the show was rebooted in 1995, Bishop gave Koz express permission to just go by Svengoolie and he has been ever since.

He’s still making his show, now available nationally on MeTV. The show itself is undeniably entertaining, with a catchy jazz intro and the mile-a-minute jokes delivered by Svengoolie and his assistants, like the sarcastic rubber chicken named Kerwyn who helps him with his mail.

Elvira, Mistress of the Dark

Probably the most instantly recognizable on this list, Cassandra Peterson’s late-night horror host character Elvira is as beloved by non-horror fans as she is spooky enthusiasts. Originally hired as the successor for Vampira in the 80s, Elvira lit up the TV horror host scene with her glamorous costume: pitch-black hair bumped halfway to heaven, dramatic eye makeup, and her trademark cleavage.

Viewers have been hooked on her valley girl persona and fast-paced wit ever since. Elvira’s popularity exploded nationally and she became the star of two of her own films. Although Elvira’s Movie Macabre was canceled in 1986, she has since returned in many other iterations, all as campy and fun as the last.

Most commonly known as Zacherley, John Zacherle’s character has actually had three names. When he first started hosting Shock Theater on Philadelphia’s WCAU in 1957, the undertaker character was named Roland (with an emphasis on the second symbol), and was later nicknamed “The Cool Ghoul” by none other than Dick Clark. When the show moved to New York City, he became Zacherley.

Aside from the name change, his shtick remained pretty much the same – delightfully silly, particularly when he would operate on gelatinous blobs. Among his list of accomplishments, Zacherley also boasts a top 10 single, “Dinner with Drac,” and even a presidential campaign (for goofs, of course).

Joe Bob Briggs (whose real name is John Bloom) got his start in the mid-80s as the host of Drive-In Theater, running commentary on B-movies and cult classics. His look is simple – he’s a simple, southern redneck type, sometimes wearing a cowboy hat, and almost always a bolo tie. He sits in front of the camera and essentially nerds out about the movie he’s about to show.

He punctuates his commentary with his signature “Drive In Totals,” often noting things like how many breasts or dismemberments we see in the highlighted films. The appeal of Joe Bob isn’t so much the character himself, so much as it is the genre enthusiast underneath; Bloom has written several books about the genre under the Joe Bob Briggs name.

In the 1960s, ghoulish characters ruled the TV horror host scene. Bob Wilkins was a refreshing change of pace. He appeared not as a ghost or warlock, but just a normal man with a cigar, dryly commenting on the movies to which he subjected the audiences of the San Francisco Bay Area.

He was enthusiastic about horror and science fiction, touting the memorable slogan, “Watch horror films, keep America strong!” During his career, Wilkins brought genre pieces to viewers of all kinds; he even created an afternoon science-fiction serial program for children. Although he retired at the height of his popularity to return to his first career in advertising, Bob Wilkins is forever known as a classic TV horror host.

For 30 years, Sidney Noel Rideau delighted New Orleans as a mad scientist named Dr. Morgus. His show was its own thing separate even from the films that he presented. Morgus was always attempting and failing at different experiments and inventions, such as a machine made to change brain waves in perpetrators to eliminate crime.

His supporting characters, an oafish executioner named Chopsley and a computer attached to a talking skull named Eric, helped to provide a goofy, relieving environment to return to in between segments of a scary movie. Morgus was so popular that he got his own movie – The Wacky World of Dr. Morgus, now a hard-to-find film sought out by completists.

Bill Cardille ruled the airwaves of Pittsburgh for twenty years with Chiller Theatre, a Saturday night double feature. In lieu of a completely made up character, Cardille chose to base Chilly Billy on an amplified version of himself; the result was a well-dressed, smooth-talking, quick-witted chainsmoker.

Cardille did sketches and parodies, often playing several different characters. His show was so popular that for four years, it kept Saturday Night Live from airing in Pittsburgh. Cardille also had a role in George Romero’s Night of the Living Dead, and SCTV’s Joe Flaherty created a recurring sketch based on Chiller Theater. His legacy of horror royalty was carried onto his daughter Lori – the star of Day of the Dead.

Halfway through Mystery Science Theater 3000’s run, creator and host Joel Hodgson decided to leave the show and personally picked his replacement, Michael J. Nelson. Nelson had worked as head writer for the show, playing bit parts occasionally, and Hodgson was reportedly impressed with his comedic timing and thought he “just looked good next to the puppets.” Nelson portrayed his character Mike Nelson until the show’s cancellation in 1999.

His comedy had a natural ease to it. Not only did he look good next to the puppets, he also had a different (and arguably funnier) rapport with Tom Servo and Crow T. Robot that leveled the playing field – he was fair game to make fun of alongside the movies they were skewering.

While most TV horror hosts played up the campy aspects of their characters, Indiapolis’s Bob Carter somehow made Sammy Terry a little more scary. He wore pale, ghostly makeup and a red skullcap with a cape, giving him the appearance of a bizarre vampire (and making him total nightmare fuel).

Crawling out of a coffin with an ominous, brooding laugh every Friday night, he would provide deep-voiced scathing commentary to the films that he introduced. He was often joined by a floating rubber spider named George, and occasionally entertained other side characters, but Sammy Terry was mostly a one-man show. Although Carter retired long ago, Sammy Terry still lives on in the form of Carter’s son, Mark Carter.

TV horror hosts were a ghastly and terrific way to bring a sense of community to the horror fandom, especially during a time where the internet didn’t exist for those fans to naturally find one another. Despite the makeup and macabre humor, it let all of us weirdos know that it was okay to be an oddball and that there was nothing wrong with being a horror movie lover.

Who Are Your Favorite TV Horror Hosts?

We hope you enjoyed our list of the best TV horror hosts. Who are your favorites? Let us know on social media!