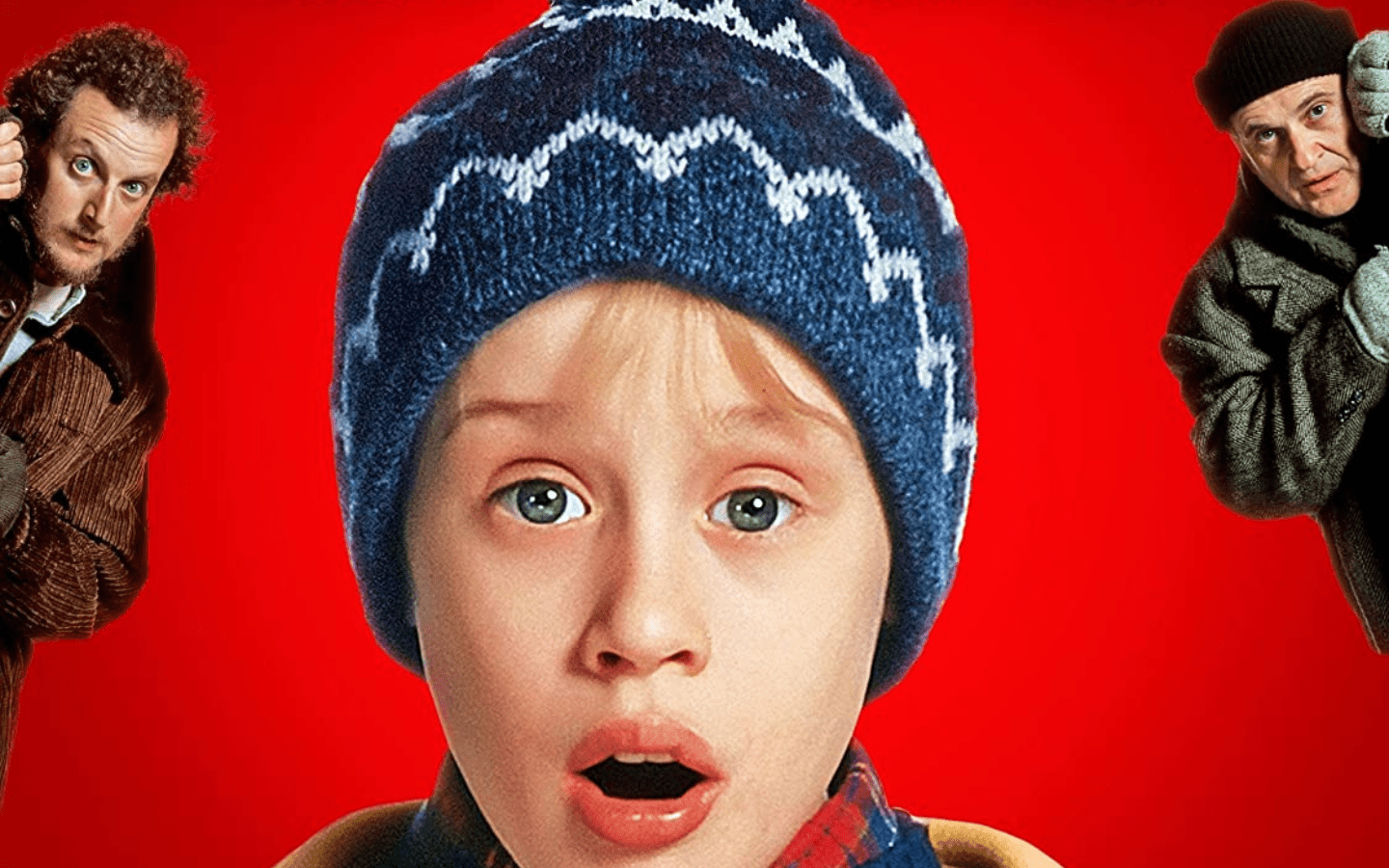 Home Alone is a classic children’s film that was released in 1990. It has an excellent cast that includes Macaulay Culkin, Joe Pesci, Daniel Stern, Catherine O’Hara, and John Heard.

The story of Home Alone revolves around a child named Kevin McAllister. His family accidentally leaves him behind when they go on vacation. While Kevin is home alone, two burglars attempt to break into his house. He does away with these criminals through a series of traps set throughout his home.

Today, we are going to test your knowledge with some Home Alone trivia questions. Use this quiz to test your friends on your next trivia night. Let us know how well you did on social media.

This director, famous for his work in the Harry Potter series, directed the first two Home Alone films.

To give the film a more Christmas-y feel, props of these colors were added inconspicuously to the background of scenes.

As a parody of Little Cesear’s Pizza, the pizza company in Home Alone also has this Roman name.

The crew of Home Alone taped together the pages of this magazine so Macauley Culkin would not see anything NSFW.

Chris Columbus wanted to make Home Alone because of this childhood fear.

This legendary SNL alum auditioned for the role of Santa Claus.

While Marv was specifically written for Daniel Stern, this Seinfeld actor was also considered for the role.

In Home Alone 2, Marv wants to rebrand their gang to this aquatic name.

This gangster movie viewed by Kevin in the movie was actually created for Home Alone.

This famous actor plays the hotel manager in Home Alone 2.

Before hiring Joe Pesci, this famous Always Sunny actor was thought of for the role of Harry.

Joe Pesci burning his hand on the doorknob is a reference to this 1930s film.

Mrs. McAllister is played by this actress, known for her role on Schitt’s Creek.

In the first Home Alone, Kevin is left behind when his family travels to this city.

During filming, Joe Pesci injured Macaulay Culkin when he was a little too real in performing this activity.

In Home Alone 3, the role of the child was switched from Macaulay Culkin to this actor.

In what year was the original Home Alone film released?

How Did You Do With These Home Alone Trivia Questions?

We hope you enjoyed our list of Home Alone trivia questions and answers. How well did you do with the questions? Let us know on social media!