It's often said that most forms of comedy stem from misery and honestly splatstick is a true testament to that philosophy. 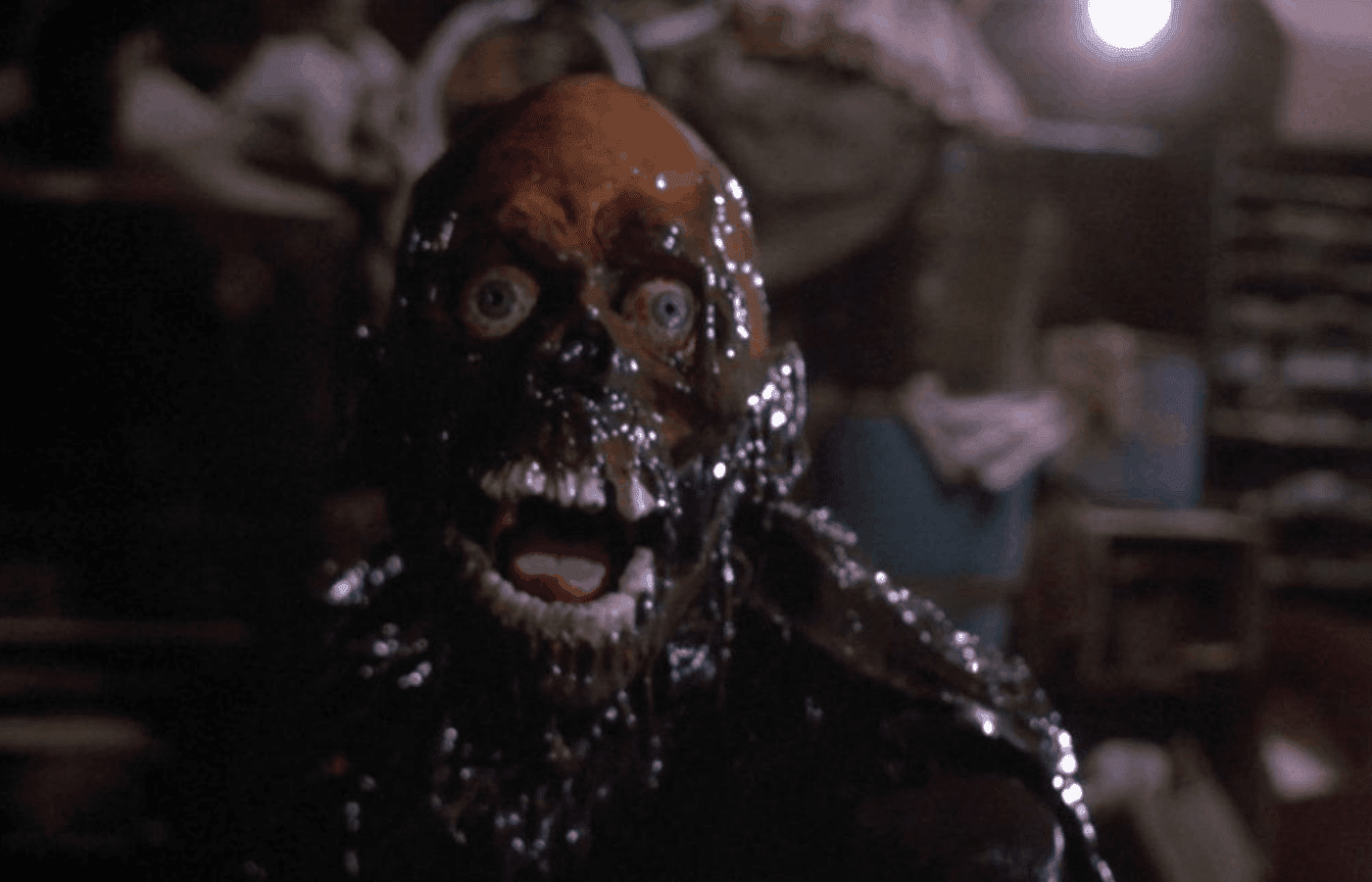 The Gorier The Merrier

The Return of the Living Dead is such an awesome movie, right? Of course, it is! It’s up there as one of the definitive horror-comedies because of its great writing and badass gore. But it’s honestly a great way to whet someone’s palate for a certain sub-genre of horror: splatstick. For those unaware splatstick (a combination of splatter and slapstick) is a particular type of horror-comedy that focuses on extreme gore for laughs.

Think of it like an R-Rated Three Stooges with the gags actually causing gory harm. Though normally the go-to splatstick recommendations are Evil Dead II or Re-Animator when it comes to splatstick, here’s a list of some lesser-known films that are a gory good fun!

Probably the most well-known film on this list, Brain Dead (released as Dead Alive in the United States) is a New Zealand horror-comedy from Peter Jackson (yes that Peter Jackson). The film follows a meek man dealing with his overbearing mother who ends up being infected by a hideous creature known as a Rat Monkey. After his mother is bitten she begins spreading a zombie plague on a quiet New Zealand town.

Often cited as the face of the splatstick horror genre, Braindead is a balls to the wall zombie movie where the gore is so outlandish that you’re most likely to laugh your ass off than get grossed out (except for the pudding scene, that shit is gross). Plus it’s got a priest who kicks ass for the lord, so it’s definitely a must-watch film.

Poultrygeist: Night of the Chicken Dead (2006)

Ah, a list of obscene amounts of gore isn’t complete without the good ol’ folks from Tromaville. Directed by the bad taste maestro Lloyd Kaufman, this 2006 horror parody of both Poltergeist and Night of the Living Dead. The film follows the staff of a fried chicken fast food restaurant besieged by hordes of human/chicken zombies possessed by the souls of all the chickens killed to make the food along with the Native American souls the restaurant was built on top of.

After reading that whiplash-inducing plot summary, it’s clear this film is just one big joke taking the piss out of zombie and ghost films. The gore in this film is definitely the most *ahem* “creative” on this list. For example, a man transforms into a giant egg that explodes into a giant chicken monster, to a man having chestburster-esque chickens burst out of his nipples. Yep, this is definitely a Troma movie alright.

Japanese body horror is definitely much more unique than its western equivalent as the mutation of the human body seems to have no limits. Directed by Yoshihiro Nishimura aka “The Japanese Tom Savini“, the film follows a task force who is hunting those infected with a virus that causes some of the most outlandish body horror transformations seen on film.

Both an action film and a splatstick comedy, Tokyo Gore Police is almost like an over the top manga or anime from the 1980s with its absurd gory fights and creature designs that would make the likes of Devil Man blush.

Just like the name suggests, J. Michael Muro’s 1987 melt movie Street Trash is…well…trashy. The film has less of a plot and more is about a series of events in New York and the “street trash” who live in the city. But the central catalyst of the film is when a liquor store owner finds a case of expired alcohol named Tenafly Viper and decides to sell it off for cheap to the local homeless just to clear his stock.

But it’s soon realized just how dangerous the liquor is as anyone who drinks it starts to melt in some of the most colorful mess seen in cinema. The film even has a man who melts down in a toilet as its highlight.

Our final film in this showcase of comedic carnage is 1989s Society. Directed by Brian Yuzna (who also helped produce films for the late legend Stuart Gordon such as Re-Animator), this film probably has the strongest message than the films mentioned before. It’s a biting commentary on how the elites of society are seen as “monsters” that prey on those below them.

Though in this film’s case the rich and powerful are actually inhuman monsters that literally drain the life out of their prey in some of the grossest, sexually charged body horror scenes that even make my skin crawl. But it’s such a sight to behold and the infamous “shunting” scene makes this a high recommendation already.

It’s often said that most forms of comedy stem from misery and honestly splatstick is a true testament to that philosophy. Sure these films have a million ways to mutilate the human body, but it also knows that tone is everything. If you present it perfectly – gore is hysterical. And for its 35th anniversary, The Return of the Living Dead is a great gateway into the world of the splatstick sub-genre. Let us know which splatstick film is your favorite over on Twitter!