The 50 Most Badass Movie Quotes of All Time

These are the fifty most badass movie quotes of all time, broken up by decade! 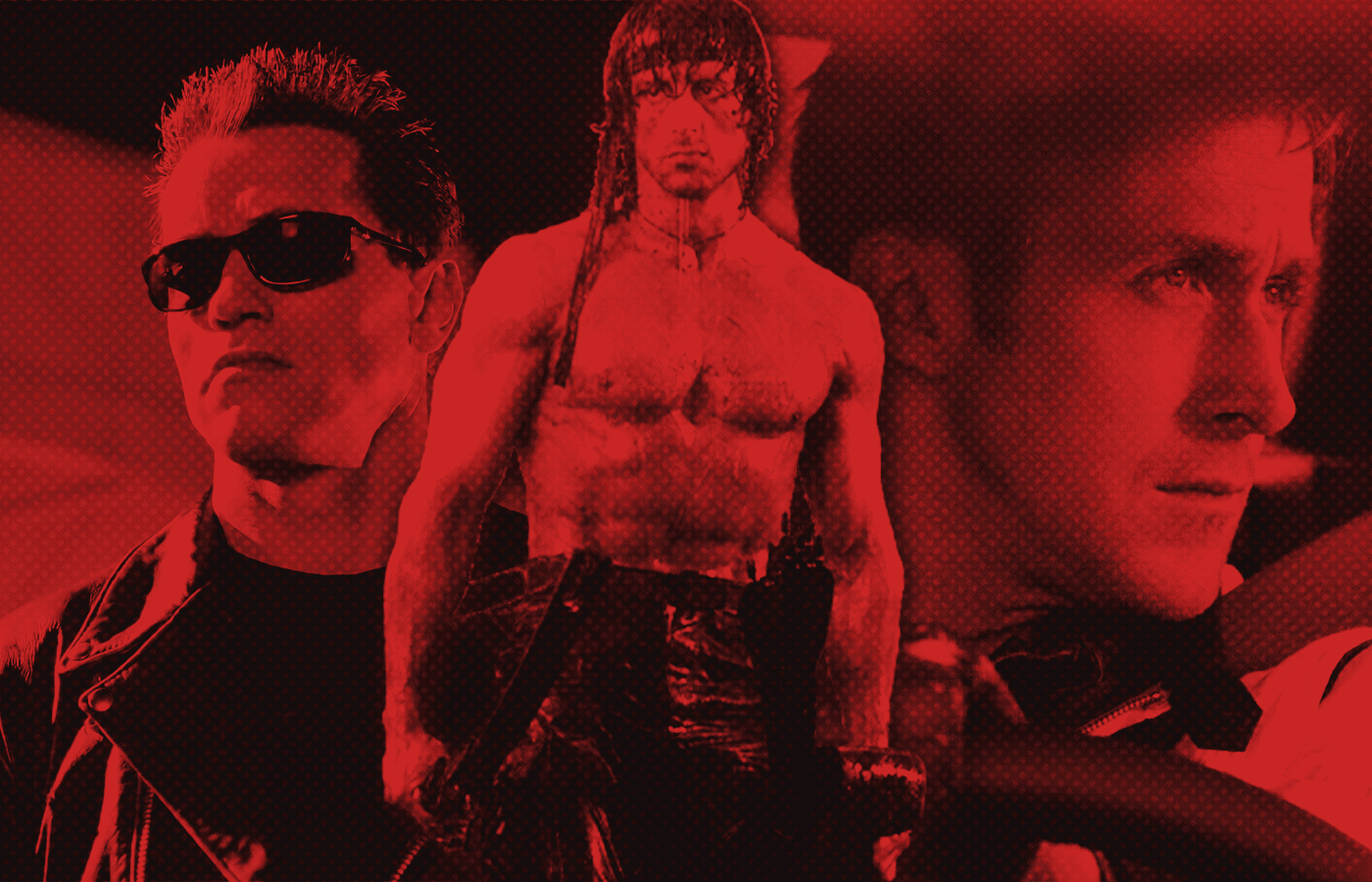 We can all appreciate a badass movie quote! Whether it’s a haunting one-liner during an explosion, a motivational speech before a fight, or the monologue just before saving the planet (for the billionth time). We’ve scoured all across cinema searching for the most badass movie quotes of all time and curated them here just for you *tilts sunglasses to wink*.

Some of you may be familiar with the AFI‘s (American Film Institute) list of one-hundred years of one-hundred movie quotes. This list may share some similarities but due to the niche focus of this article we, of course, had to diverge. Let’s be honest though, ours is a lot cooler.

Please note that PHASR is an American site with English-speaking readers, writers, and editors. So respectively this list will predominately feature English-speaking films. This does not disregard the brilliant number of other films with incredible writing and we hope to tackle those one day.

Please be advised, this list consists of very strong language. Due to the number of quotes and the respective film release dates we’ve organized these by decade for your convenience. Grab your sunglasses and roll up your sleeves because these are the top fifty most badass movie quotes of all time!

Badass Movie Quotes from the 60s

The 1960s was prime for Western-themed media. Cowboys kicking ass, taking names and Clint Eastwood always looking like a smug son-of-a-bitch. It was prime era in Hollywood for experimenting with Action and pushing what could be done at the time with the MPAA’s strict code. The old American Hollywood system was falling out of tradition and directors started looking at others countries for influence. This era gave birth to some long-lasting films and even longer-lasting lines of dialogue.

“You see, in this world, there’s two kinds of people, my friend: Those with loaded guns, and those who dig. You dig.”

“There’s a saying in England: ‘Where there’s smoke, there’s fire’.”

Badass Movie Quotes from the 70s

The 1970s mark a new era for Hollywood. Lots of new scrappy young directors like Steven Spielberg popped unto the scene wanting a chance at making cinematic history. It was one of the first times that directors took on authorial role rather than the studio system. This meant wild new content was brimming and some ideas were being explored for the very first time.

“Whatever you’re reaching for had better be a sandwich, ’cause you’re gonna have to eat it.”

“I love the smell of napalm in the morning.”

Badass Movie Quotes from the 80s

Welcome to the decade of the Summer blockbuster. The New Hollywood system took true form and created a new understanding of what movies could be. The 80s were ripe with high concept inspired films and franchises. Simulated violence was also at an all time high which led to the stereotypical movie badass. Covered in a constant five o’ clock shadow, littered with weapons, and taking down entire armies single handedly – the 80s action hero emerges.

“Say hello to my little friend!”

“Don’t mess with the bull young man, you’ll get the horns.”

“Get away from her, you bitch!”

“There can be only one!”

“I feel the need…the need for speed!”

“Hello, my name is Inigo Montoya, you killed my father, prepare to die.”

“I’ve come here to chew bubble gum and kick ass…and I’m all out of bubble gum.”

Badass Movie Quotes from the 90s

The 80s action hero trope was starting to die off but its influence still lingered. Directors and writers were going back and exploring some the classic eras in Hollywood that defined their childhood but now with a contemporary flair. The 90s were filled with cop dramas and gangsters at a constant feud along with sequels to movie that should have ended years ago.

“You shoot me in a dream, you better wake up and apologize.”

“Alright you primitive screwheads, listen up! You see this? This…is my boomstick! The twelve-gauge double-barreled Remington. S-Mart’s top of the line. You can find this in the sporting goods department. That’s right, this sweet baby was made in Grand Rapids, Michigan. Retails for about a hundred and nine, ninety-five. It’s got a walnut stock, cobalt blue steel, and a hair-trigger. That’s right. Shop smart. Shop S-Mart. You got that?”

“You die first, get it? Your friends might get me in a rush, but not before I make your head into a canoe, you understand me?”

“You hear me talkin’, hillbilly boy? I ain’t through with you by a damn sight. I’ma get medieval on your ass.”

“Don’t you ever try and fucking run on us. I’ve got six little friends…and they can all run faster than you can.”

“Good morning. In less than an hour, aircraft from here will join others from around the world. And you will be launching the largest aerial battle in the history of mankind. “Mankind.” That word should have new meaning for all of us today. We can’t be consumed by our petty differences anymore. We will be united in our common interests.

Perhaps it’s fate that today is the Fourth of July, and you will once again be fighting for our freedom… Not from tyranny, oppression, or persecution… but from annihilation. We are fighting for our right to live. To exist. And should we win the day, the Fourth of July will no longer be known as an American holiday, but as the day the world declared in one voice: “We will not go quietly into the night!” We will not vanish without a fight! We’re going to live on! We’re going to survive! Today we celebrate our Independence Day!”

“Some motherfuckers are always trying to ice skate uphill.”

“I’ll tell you this, in any fight it’s the guy whose willing to die whose gonna win that inch. And I know, if I’m gonna have any life anymore it’s because I’m still willing to fight and die for that inch, because that’s what living is, the six inches in front of your face.”

Badass Movie Quotes from the 00s

Quentin Tarantino changed gangster movies forever with Pulp Fiction, reiterating the iconic imagery of the subgenre and humanizing the characters in a way never before seen. The gangster film exploded in the 2000s with stories that gave us more depth, action, and plenty of homages. Some of the dialogue to spawn from this time period of action flicks cemented these films into the public consciousness.

“Are you not entertained?”

“My name is Maximus Decimus Meridius. Father to a murdered son. Husband to a murdered wife. And I will have my vengeance. In this life or the next.”

“You shall not pass!”

“As your leader, I encourage you from time to time, and always in a respectful manner, to question my logic. If you’re unconvinced that a particular plan of action I’ve decided is the wisest, tell me so, but allow me to convince you and I promise you right here and now, no subject will ever be taboo.

Except, of course, the subject that was just under discussion. The price you pay for bringing up either my Chinese or American heritage as a negative is…I collect your fucking head. Just like this fucker here. Now, if any of you sons of bitches got anything else to say, now’s the fucking time! I didn’t think so.”

“Forgiveness is between them and God. It’s my job to arrange the meeting.”

“Behind this mask, there is more than just flesh. Beneath this mask there is an idea… and ideas are bulletproof.”

“Persians! Come and get them! Give them nothing! But take from them…everything!”

“I’ll hit you so hard in the face you’ll be shitting teeth.”

“I’m just getting started. I’m gonna pull the whole thing down. I gonna bring the whole fuckin’ diseased corrupt temple down on your heads. It’s gonna be Biblical.”

“I don’t know who you are. I don’t know what you want. If you’re looking for ransom, I can tell you I don’t have money… but what I do have are a very particular set of skills. Skills I have acquired over a very long career. Skills that make me a nightmare for people like you. If you let my daughter go now, that will be the end of it – I will not look for you, I will not pursue you…but if you don’t, I will look for you, I will find you… and I will kill you.”

Badass Movie Quotes from the 10s

The Summer blockbuster is bigger and better than ever. Studios are funding films with money that was unheard of at any other point in history. Bigger films, bigger muscles, and bigger explosions make up this last decade and because of it, audiences everywhere are blessed with some of the best monologues in cinema. Some of which are still resonating with film fans everywhere. Here are some badass movie quotes from the 2010s.

“How ’bout this. You shut your mouth or I’ll kick your teeth down your throat and I’ll shut it for you.”

“When Gotham is ashes, you have my permission to die.”

“Ah, you think darkness is your ally? You merely adopted the dark. I was born in it, molded by it. I didn’t see the light until I was already a man, by then it was nothing to me but blinding!”

“You will ride eternal, shiny and chrome.”

What Are Your Favorite Badass Movie Quotes?

That’s six whole decades of badassery! As we’ve learned, badass movie quotes are a combination of nostalgia, bad manners, threats of violence, lots of swearing, and maybe a sneer or two. But you know it’s a classic one-liner that will live on in cinematic history when it gives the audience goosebumps every single time.

One-liners following action scenes can be packed with lots of flair and plenty of depth. I think that’s why we love them so much. A great badass movie quote can live on forever because of the experience we bring into the film and how it transforms us when it’s all over. It can empower us and live on in our heads and hearts forever.

Obviously, we missed some stellar badass movie quotes on this list, so join us over on Twitter and share with us your favorites! If you didn’t like any of these then let me send you on your way with a “frankly, my dear, I don’t give a damn”.