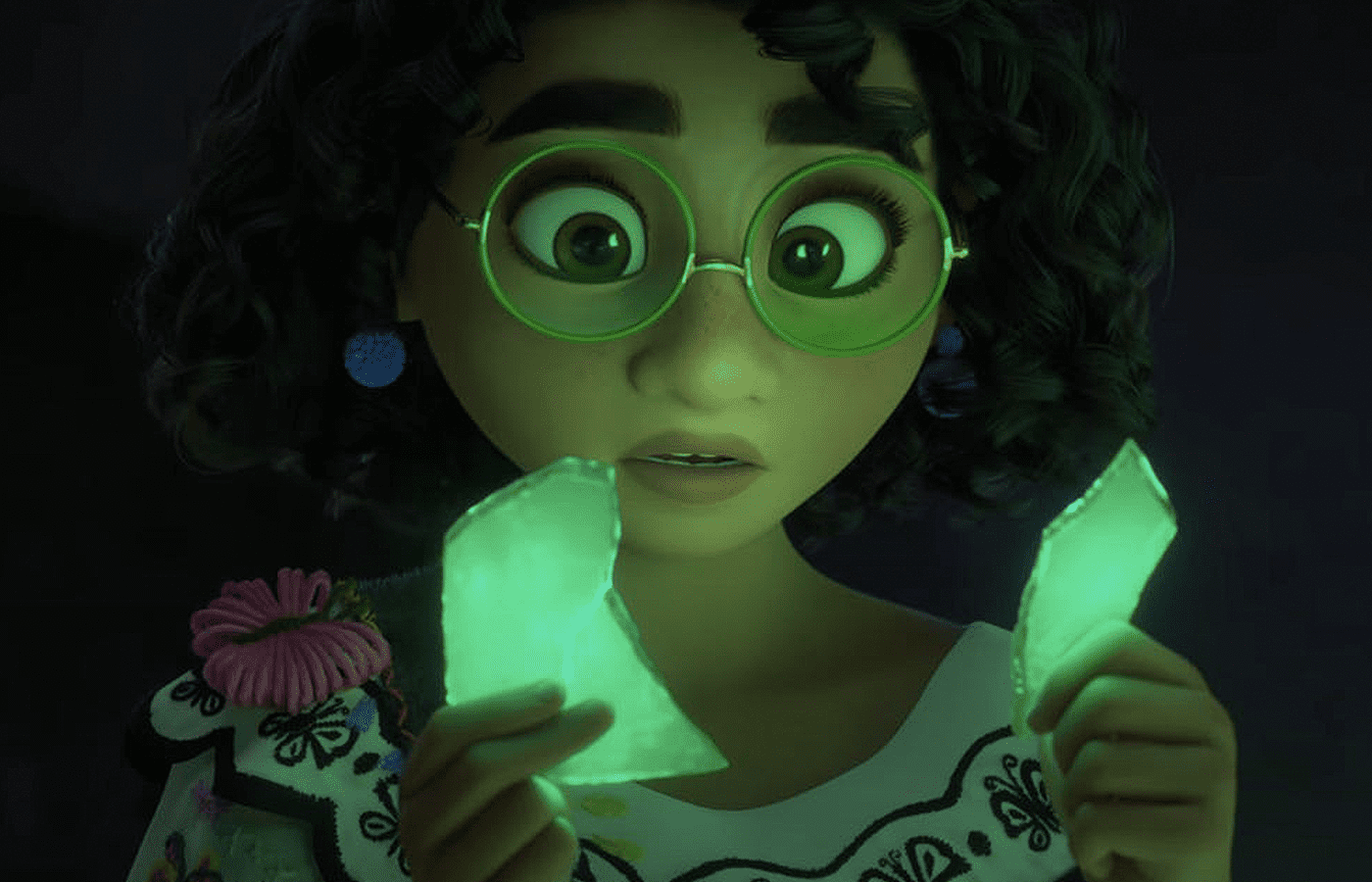 After bringing in impressive box office numbers, Disney Animation’s 60th feature has found a second wind. Encanto made its Disney+ debut at the end of December, and since then has taken social media by storm. Unlike the fading relevance of last year’s Raya and the Last Dragon, Encanto seems to shine brighter with a new audience discovering the flick’s Colombian charm and catchy music.

The music’s lasting effect should come as no surprise – The soundtrack comes from Disney’s new golden boy Lin Manuel Miranda, who gave us In The Heights, the music of Moana back in 2016, and of course the broadway juggernaut Hamilton. The music breathes a lot of life into Encanto’s ensemble cast of characters.

With a whopping 12 of them to introduce, the film turns one of The Eternal’s struggles into a strong suit by letting Miranda’s lyrics do a lot of the heavy lifting. Not only are we introduced to The Family Madrigal quickly, but almost every character is given a chance to shine and leave an impression.

Encanto follows Mirabel and her magical family, but with a twist. Disney classics are full of curses, spells, all sorts of magic – however Mirabel stands out in her story not because she has a magic gift, but because she’s the only one who doesn’t. The Madrigals are blessed with a “Miracle” which gives them an enchanted home and “gifts’’ for the children in the form of magical power, each unique to their skills and interests.

There’s a middle sister who is super strong, a cousin with supersonic hearing, and an uncle who can see into the future. But in a subversion of the old Disney tradition, Mirabel doesn’t get turned into a frog, or sent on a mission to help heal the ocean. But her Abuela did. Mirabel is third-generation magical, on her mom’s side. Her story isn’t about her magical origin story like Tiana or Belle, Mirabel experiences the lingering effects of that divine intervention.

On the surface, their gifts can define Mirabel’s sisters and cousins, but through the film you see more and more of who each person is. It’s a clever bit of storytelling because it sets you up in the same mindset as Abuela, who starts off at odds with Mirabel because she stands out from the family for her lack of a gift. Throughout the film through Mirabel’s perspective, you see the bigger picture as she does. The rich lore the film builds and history and mystery of the magical Miracle draws you in, but once you peel back the layers, its characters get you hooked.

RELATED: 2022 Oscar Nominations, Everything You Need To Know

Magic of the Music

Lin Manuel Miranda’s soundtrack is full of certified earworms, particularly with “We Don’t Talk About Bruno” and “Surface Pressure“ landing in the top spots on the billboard charts. The latter is Mirabel’s sister Luisa’s confession. Luisa is given super strength and as a result, she feels the constant pressure to help others. An obligation to say “Yes”, even to her own detriment. Surface Pressure has become a sort of mantra to fans who can relate to being the “strong one” in the family. On top of being catchy, the music’s meaning sticks with you, and all over TikTok too.

“We Don’t Talk About Bruno“ is a different beast. Bruno is the black sheep of the family, Madrigal. In this ballad he is posed as the would-be villain and is set up as the cause of the family’s woes. Amid the growing family tension, Mirabel breaks the cardinal rule – she talks about Bruno. In doing so, she learns Bruno is really no different from the rest of the family.

RELATED: What Disney’s Atlantis Says About Power, People, and Capitalism

His gift of glimpsing into the future became a parlor trick and led to him being an outcast for his negative premonitions. He’s trapped behind the shadow of his Gift and the movie is all the stronger for it. Bruno is just a more extreme version of what we see Mirabel and her siblings dealing with, ironically a fitting warning of what their futures could hold if something doesn’t change.

What really makes Encanto speak to so many is the decision to focus all the conflict on a smaller and more personal scale. Encanto isn’t an epic journey to save the world, it’s a journey of finding yourself. Learning who you are and where you come from. There’s no curse to break, there’s no Cerberus to fight, there’s no steering wheel to fix.

Mirabel just needs to talk about Bruno – to open up with Abuela, to understand each other and to move forward. You can’t make an omelet without cracking a few eggs. There are no true villains, no evil. Just misunderstandings, fear, and pride. It’s almost a more poetic and beautiful resolution. The war is won with a hug and it’s beautifully done.

Encanto is a very rewarding re-watch because there is so much detail in the characters, who they are, how they feel, the way they interact. Which is no small feat considering how many main players the story juggles. They are what makes the movie so appealing to so many people. Underneath all the mystic they are relatable and imperfect. Seeing yourself and the folks you love in them is the real magic, because it reminds us the real Miracle is who is with you on the couch.

RELATED: Bill and Ted Face the Music (2020) – A Joyful Celebration of Chasing Your Dreams

Have You Seen Encanto?

Encanto is available to stream now on Disney+! Are you still humming “Surface Pressure”? Who is your favorite Madrigal? Let us know on social media!