A Nun’s Curse: An Interview With Felissa Rose 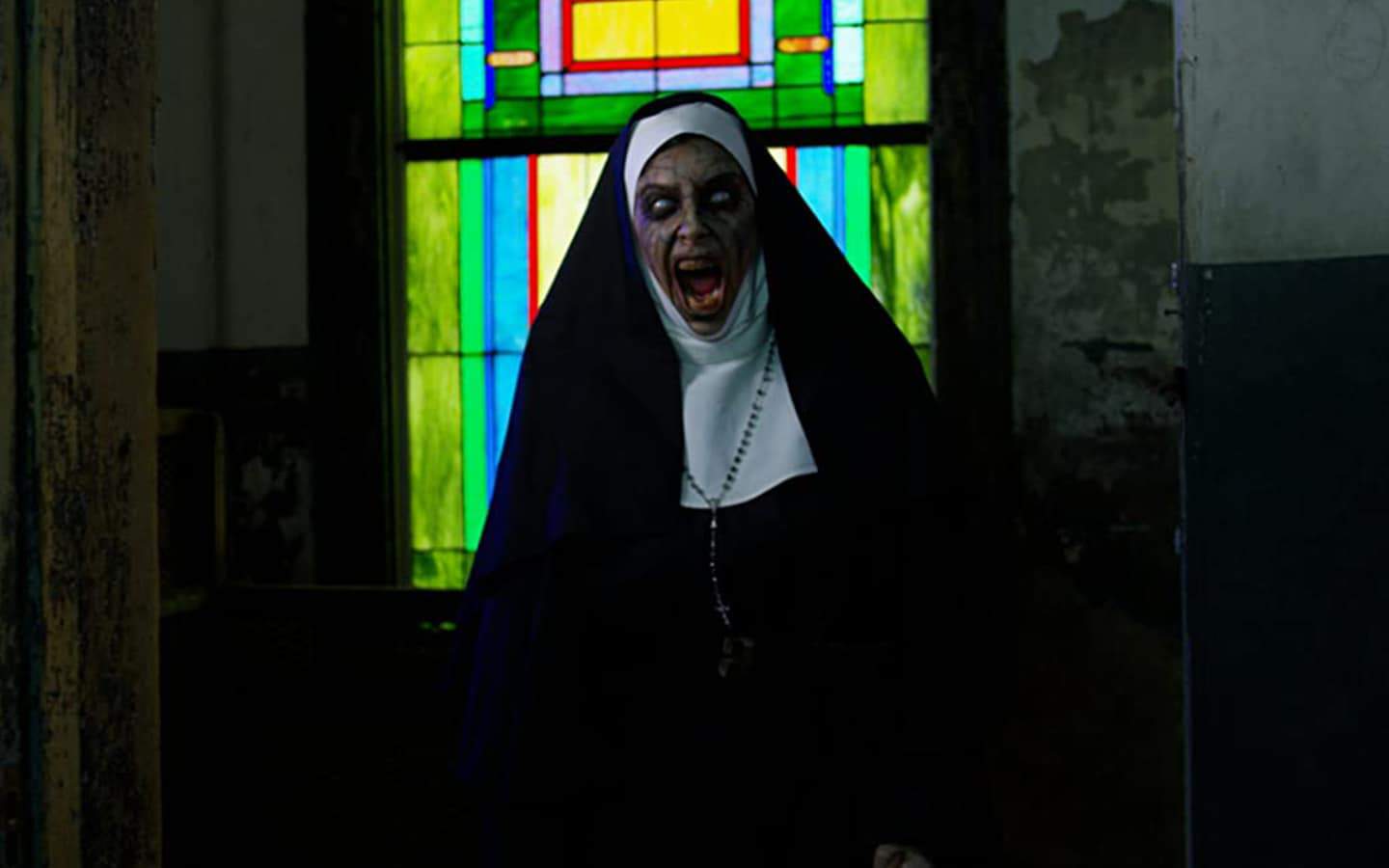 With her first starring role as Angela Baker in Sleepaway Camp (1983) at the age of 14, Felissa Rose has starred in over 100 movies to date. With her latest being Tommy Faircloth’s A Nun’s Curse (2020), PHASR Media had the chance to catch-up with the movie’s leading star.

An Interview With Felissa Rose

PHASR Media (PM): A Nun’s Curse is the second time you’ve worked with Tommy Faircloth, how did you get involved with the movie?

Felissa Rose (FR): I met Tommy several years ago at the Days Of The Dead horror convention. Our booths were next to each other and we hit it off over a bottle of Fireball and became fast friends. He then reached out to me about Family Possessions (2016) which also starred Mark Patton (from A Nightmare On Elm Street 2) and the friendship grew deeper. So when he (Tommy Faircloth) wrote A Nun’s Curse he called me and offered the role of Sister Monday. My reaction was, “I haven’t played a nun or a crazy character like this in a while!” And Tony Rosen, who created the Annabelle doll for The Conjuring (2013) and Annabelle (2014), was all set to do the nun’s look and it all fell into place. We all had a great time shooting it.

PM: That’s awesome! So, what was it about the script that attracted you?

FR: Tommy’s characters are always well drawn out with really great relationships. And shooting on the actual location was scary. It was an authentic prison, or something old and weird. Plus, working with Tommy, I knew it would look great and that he’d make a movie that would jump off the screen.

PM: And what was the process of creating Sister Monday like?

FR: That character was super fun because I knew what she was going to look like before we started filming. Tommy had a design made, so from the looks she had to be deadly and insanely maniacal. And those things are attractive for the actor walking into those shoes because you always want to stretch yourself in new ways and do something different. Which is what I always look for in a character. And we had just seen James Wan’s The Nun (2018) and I wanted Sister Monday to be completely different.

PM: So, did he give you a lot of freedom with the character?

FR: Definitely. Tommy is very open to creating a space where we could play with the characters. He’s very collaborative and has no problems with sharing his vision.

PM: Right now it seems like we are in the middle of a scary nun boom. Why do you think nuns are scary?

FR: I think it’s wonderful that we’re looking at this side of the coin. Anything that seems like an enigma, like we don’t know the reason why a woman joins the nunnery or what goes on behind close doors, and with this being set in an old prison it does add this extra layer of the unknown. And really that’s it, the unknown or unknowable.

PM: A Nun’s Curse is more of a family drama wrapped up in the guise of a horror movie, do you think more fans are attracted to these types of films rather than the usual bloodfest?

FR: I think it’s more interesting when you have these types of characters that get swept up in a story like this. He (Tommy Faircloth) writes such great drama and isn’t just focused on the blood, gore and guts but certainly it does have its fair share of scary moments and the dark appeal is creepy in itself. But, I think, getting drawn into the story of this film is what makes it more exciting than compared to some other horror movies out there.

PM: That makes total sense! What was your favourite moment to film?

FR: I loved getting into the makeup! Once we finished filming the dramatic parts and I got the makeup and contact lenses in, this and the costume get you right in the moment. And I love playing that sort of villain.

PM: And since you are playing a villain, Ffom all the kills, which one is your favourite?

FR: Every kill, no matter the movie, is like a child for me. They are all my favourite. They’re all great and in the movie for a reason. It’s hard for me to chose just one. As I said, they are all great.

PM: You’ve been labelled a Scream Queen, how does it feel to share such an illustrious title with the likes of Jamie Lee Curtis, Linda Hamilton and Barbara Crampton?

FR: Oh wow, I’d never consider myself being in their category, but I love in horror movies when that title is brandished it is an honour because when you put out the work, you do hope it is received well. These are low budget, independent passion projects that when you watch, you can see that the people behind it have worked hard to put something genuine out. So, I’m just thrilled to work in a genre that I love so much, respect and adore so much and it’s been an incredible ride. I’m so very very lucky.

PM: Speaking od incredible rides, you were on The Boulet Brothers’ Dragula (2016-present). How was the expericence?

FR: They are a great hybrid of drag and horror and all talent. When I was there I couldn’t get over the passion that was in the room, the energy, you could feel. And that’s the thing about it, the show, it’s just pure and authentic passion and love. It’s allowing your imagination to run wild and go big and to have fun, just like hoe the Boulet Brothers are.

PM: For those out there who don’t know, you have a podcast with Fangoria, Casualty Friday with Kane Hodder and Tiffany Shepis. What’s its status?

FR: We finished recording Series 2 and you can watch it on Fangoria’s YouTube channel. There’s a new episode every Friday. We record them back to back, so we’re pretty good for a while. And it’s the love of my life. I really have the greatest time with Tiffany and Kane just being ourselves. It’s totally unscripted and authentic, which is what we wanted.

A big thanks to Felissa Rose for speaking with us. You can watch A Nun’s Curse now on VOD and where all good horror is found!