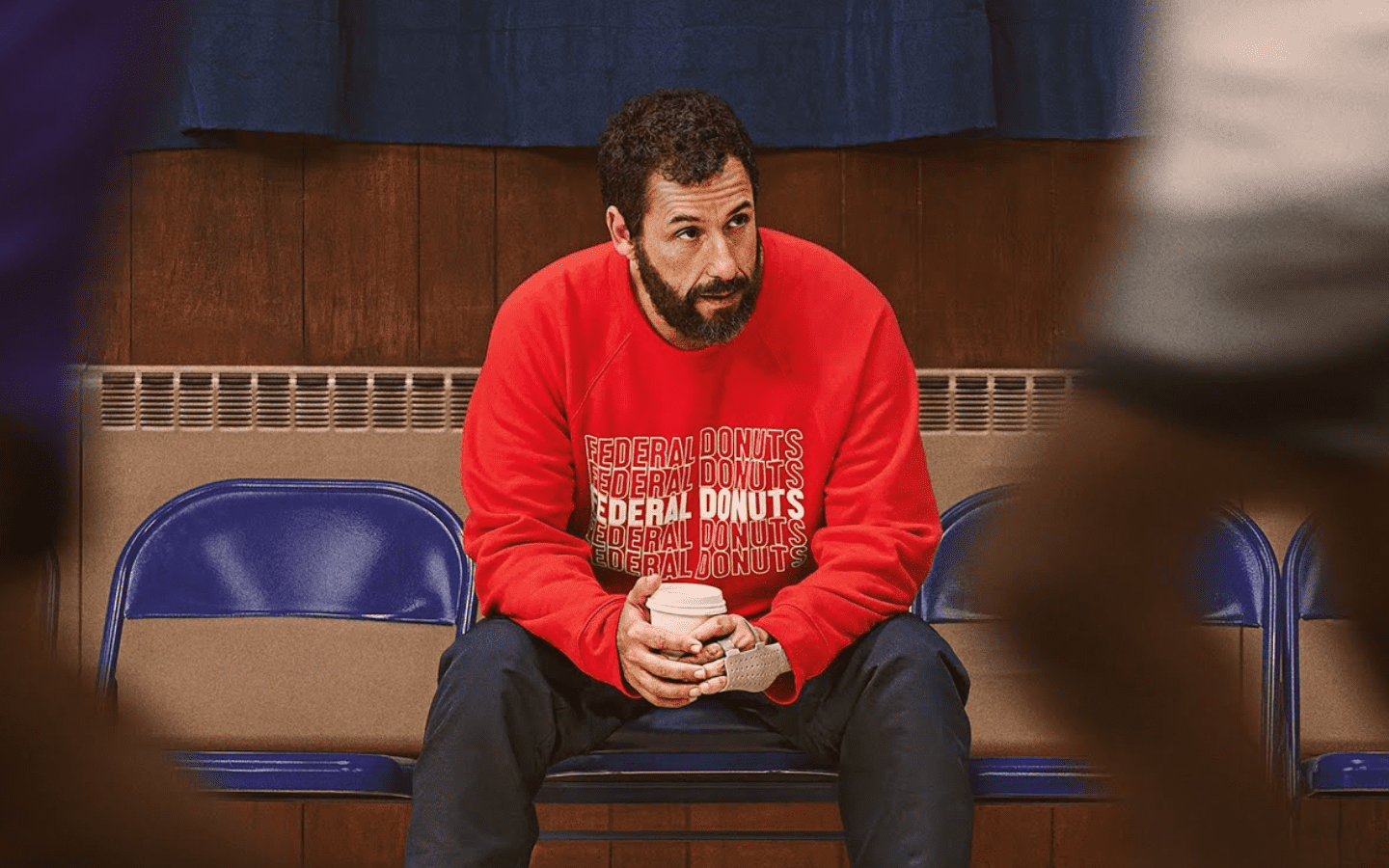 Hustle is a new comedy-drama film starring comedy legend Adam Sandler. The film was released by Netflix on June 3rd, 2022. It also stars Queen Latifah, Ben Foster, Juancho Hernangomez, and Robert Duvall. Hustle was written by Taylor Materne and Will Fetters, and directed by Jeremiah Zagar.

Hustle tells the story of an NBA talent scout looking for his next great player. He finds his pick in Spain, and teaches him the ropes of what it is like to be drafted into the NBA.

What might ARGUABLY be a comedian or funny person’s biggest dream? In my opinion, it is to be taken seriously. Many comedians build their relatability by making us laugh at the everyday things that we dismiss, ignore, or don’t think about. After that, the comedian is often looked at in times of “oh they’ll be funny”.

One actor that has definitely made the majority of his catalog in being THE funny, is the sand-man, Adam Sandler. Most recently, he has been trying to deconstruct what we know about him to show us how great he is at stirring emotions. Sandler is creating relatability in less “haha” ways and more “damn, I’m reliving that moment” ways. His latest effort to connect those opposing ideas, “Hustle”, is now streaming on Netflix. I watched it and without spoilers, here are my takeaways.

This movie does several things that should make someone from Philadelphia, feel like it is a day in the life. This includes traveling around local parts of the city, replicating many moments that can be attributed to “Rocky” fame, showcasing their famous cheesesteaks, and showing an organization that has had its struggles but is determined to take home the crown jewel, in basketball hardware. It also captures an experience of basketball life by weaving in hip-hop for the majority of the soundtrack, showing us the spectrum of basketball going from off-the-radar, the streetball culture, all the way to the production of professional-grade workouts, tryouts, and games. The film excels at highlighting what basketball means to the city.

For anyone that has followed Adam Sandler, when you finish watching this movie, you will see that this is his top-tier effort at spotlighting his love and passion for the game. His performance may not have been as emotionally charged as other actors, but he absolutely delivered from laughs. His character is keeping a family life in balance, relating to people he’s never met, and being in a genuine moment as opposed to just acting one out.

It’s important to emphasize that Sandler put so many of the right pieces together in this formula. He has a member from SNL’s current lineup in the film, he has a romantic partner that deals with but despises how he must work, he brings in the actual basketball talent to play in the movie, and he cast GREAT antagonistS (PLURAL). He was able to cultivate a story we can all relate to: trying to find something we love, grow in it, hold on to it, trusting our gut when everything else is against it, and how we build and do things as a family when we get to that point.

The story is focused on Stanley Sugerman, an NBA talent scout for the Philadelphia 76’ers who is a constant jet-setter recruiting the most top-tier talent for the team that NEEDS the ring. He does many things like Americans in that lifestyle: Fast food for every meal, no exercise, accepting that he’s chubby, and making light of it.

At the same time, he has the drive to find the best talent for the industry he is in. He is still striving to grow in the industry to ensure that he can spend more time with his family, because being on the road or in the air all of the time makes certain a lot of birthdays will be missed. He finally finds his diamond in the rough that can get him the spot he wants, but he is going to have to fight everything he does know and some things that slipped through the cracks.

This movie truly presented the relatability towards the more serious things all while sprinkling in some nice chuckles and for that, I think this is one of Adam Sandler’s best projects. A passion project like this isn’t something that the industry that rates and reviews these things should look over, it should be a strong consideration to applaud and reward his writing of this as a nod to him being so much more than a comedian. Adam opens the doors to the gym and makes a ferocious dunk with this movie, putting a notch in his wins column.

The cast that was selected, the storyline that was used, the emphasis on “Obsession beats talent, EVERYDAY” and “Its not about this shot but the next one and the next” really drives to the lane some day to day we all have, and lays it up by being true and fundamental to the sport of basketball. If you haven’t seen this, enjoy uplifting stories, and have 2 hours of entertainment budget, I feel you will get a rewarding return on your investment. Honestly, had I not known Adam Sandler as being a NY lifer, I would have thought Philadelphia and the whole of Pennsylvania had been his entire life.

Have You Watched Hustle?

We hope you enjoyed our Hustle review. Have you seen the film?? What did you think about it? Let us know on social media!