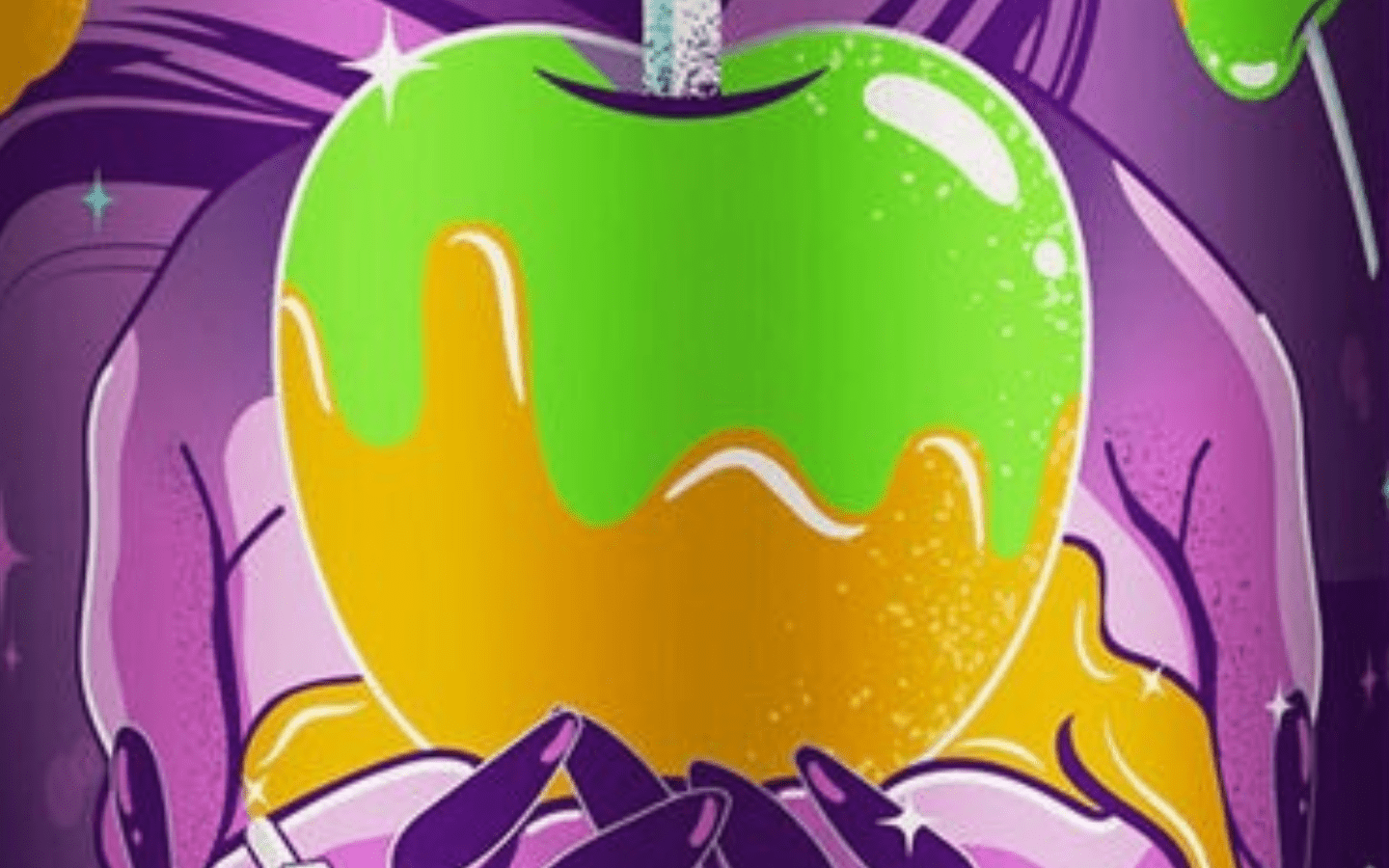 Alani Nu is a supplement company created by content creator and influencer  Katy Hearn. To celebrate the Halloween season, Alani Nu has released a Witch’s Brew flavor of their famous energy drink. While the title of ‘Witch’s Brew’ can mean a lot of things, this energy drink is flavored to taste like a caramel apple.

Alani Nu’s goal is to give people the supplements they need without harmful chemicals and substances. The Witch’s Brew energy drink is vegan and gluten-free. It is also infused with biotin, vitamin B6, and vitamin B12.

Each can of Alani Nu’s Witch’s Brew contains 15 calories and 200mg of caffeine per can. Each can contains a single 12-ounce serving. Similar to most energy drinks, you should not drink Alani Nu Witch’s Brew if you are sensitive to caffeine, are pregnant, or are nursing.

Let’s get this out of the way right away. The can design is awesome. The can is purple and depicts a witch’s hands holding a caramel apple. The top of the can looks like it is dripping a glittery caramel sauce. Honestly, this was one of the biggest reasons for picking up this drink. I like Alani Nu drinks, especially Cosmic Stardust, but they are not my go-to energy drink. That said, this can looked too cool to pass up.

Two hundred milligrams of caffeine is good enough to get my day started, especially with only fifteen calories in the can.

The caramel taste in Witch’s Brew is a little fake and offputting. I don’t blame the company for this. It is difficult to get very sweet flavors to taste good in a drink that does not contain sugar. In my opinion, this is why we see a lot of sour and citrus flavors at the forefront of the low-calorie energy drink market.

However, the apple flavor is where this drink really shines. It has that apple cider vibe that we all look for during the fall season. The flavor as a whole makes me feel like I’m in the woods on a crisp autumn day. Witches not included.

Overall, I would recommend Alani Nu Witch’s Brew to anyone looking for an energy drink outside the norm. I don’t plan on buying another one, as I do have my favorites in the energy drink realm. That said, this was an overall positive experience.

This energy drink will give you guilt-free motivation for all of your fall and Halloween activities. As the father of a toddler, I need all the extra energy I can get. If you need a Halloween pick-me-up, grab a can of Witch’s Brew.

We hope you enjoyed our review of Alani Nu Witch’s Brew. Have you tried this energy drink? Let us know your thoughts on social media!