This week, we talked to a variety of creators and entrepreneurs about how to have crowdfunding success. Check out these awesome pieces of crowdfunding tips and advice. 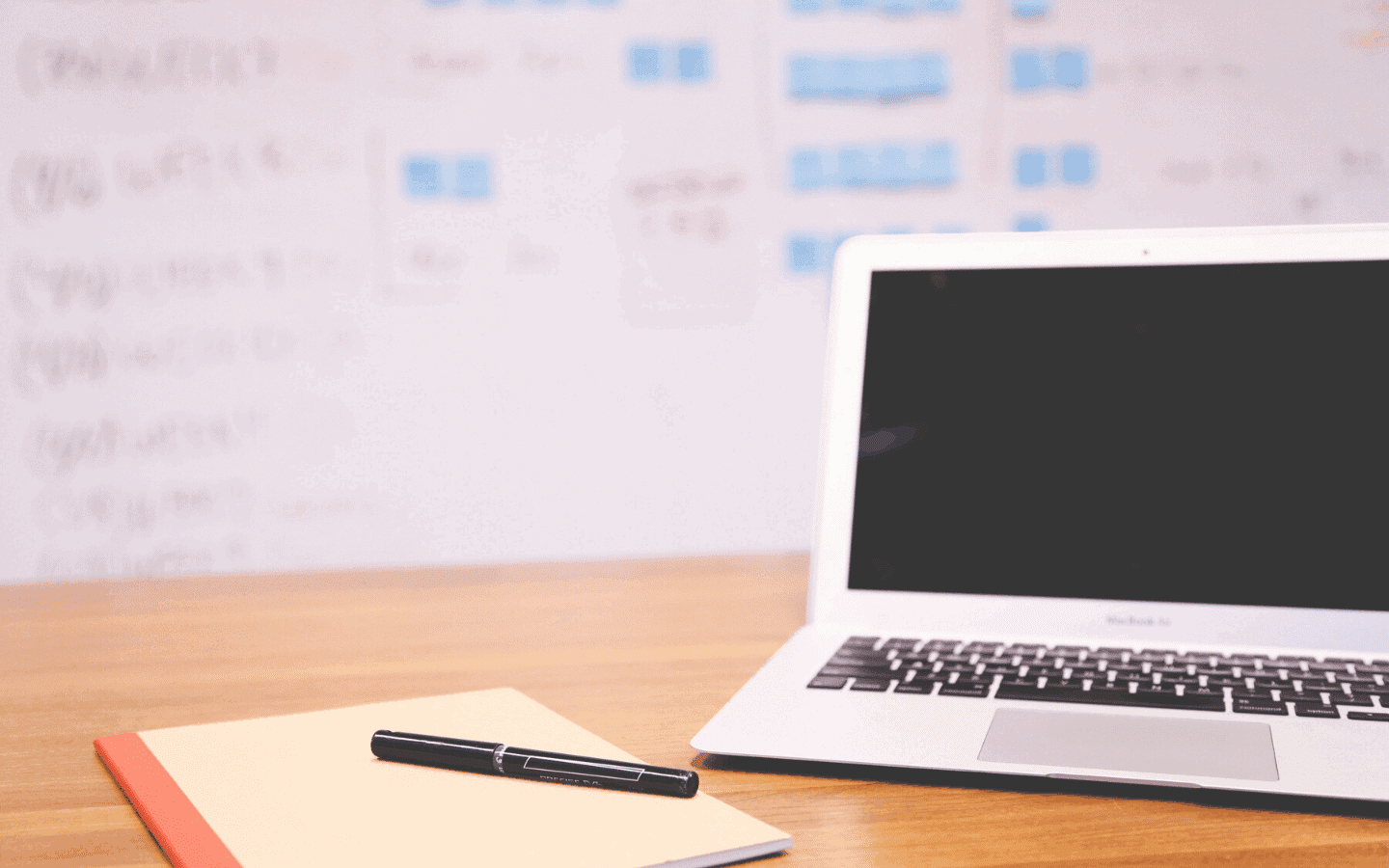 This week, we talked to a variety of creators and entrepreneurs about how to have crowdfunding success. Check out these awesome pieces of crowdfunding advice and tips.

Avoid missing out on potential backers or having to answer endless questions be crystal clear about your reward levels. Make sure you include what each reward level includes on the reward button but also describe them as best you can on the campaign page. Generally, simple explanations mean that people are more likely to take action. Good luck!

Shop Around For Shipping Rates

The wider network of people that you reach and poke out for crowdsourcing, the higher probability to have more people invest and get back to you. However, this would be like throwing numbers balls all at the same time and just waiting for how many balls would shoot. You’re wasting effort and time. You need to be efficient.

Get personal with them in a professional yet friendly relationship. Treat
them not just as someone whom you’re asking for a fund, but more as someone you’re willing to have partnered for the long term. Through this, they will trust you more and invest in you. By doing this, you’re broadening you’re a network and at the same time making a worth it shot.

Our biggest tip is to create a high quality and engaging video. Backers are looking to invest in not just your idea or product but you. They need to know who you are, where you come from, and most importantly trust in you. The video doesn’t need to be flashy, but if you show your intent and invest in a good quality video, it shows your backers that you trust in your own crowdfunding project and willing to invest in yourself.

Have Great Media and Information

Work on your marketing content, this means creating high-quality images, brochures, and information packs for those you want to help you with funding. People want to see that you are taking your journey seriously, therefore if you post a couple of sketches of what you are looking to make, you won’t get noticed.

People want to see a benefit in your product and how far along the process you already are to making it a reality. It’s what people can relate to that will draw them in, so make sure you spend your time coming up with a marketing plan and a campaign which looks the part of what you are looking to portray in your messaging, it’s not going to be an easy ride by any means, but it will definitely be worth the effort.

Show Your Intent and Passion

Crowdfunding can be defined as a pragmatic and collective way of generating money to end financial woes. Many musicians or artists prefer to be upfront about their plans. It helps them to stay true to their audiences who are helping them in this state of crisis. Musicians or artists invite people to become part of their musical campaign so that pitching for money should look professionally than begging.

We all know that even the smallest contribution makes the biggest difference. So, give audiences the option of donating as per their convenience. Be logical, seek advice from experts.

Don’t focus on reward but on a mission. Many artists invest time in suggesting the title of their crowdfunding campaign so that it can attract the viewers’ attention. Artists ensure that title should not only showcase need upfront but also illustrate their passion successfully. Making a crowdfunding campaign may seem unapproachable, but remember the more you put into it, the more you will get out of it.

My best piece of crowdfunding advice? Make sure that you communicate with your fans/supporters. Be transparent about how much planning you did.

I launched my first crowdfunding campaign to gain support for my recording studio. On the website, I made sure that I posted regular updates and that the information on there was organized. I included a timeline of activities as well as an explanation as to what portion of the money was spent where.

Whether you’re a solo artist, part of a band, or someone who’s involved in music in some other way, communication is the key to earn the trust and continued support of fans on your crowdfunding platform.

Have A Winning Strategy

I ran a crowdfunding campaign on Indiegogo to help pay for the expenses associated with a self-publishing book. I recorded a video to explain the concept of my book, developed high-quality graphics for the crowdfunding website, came up with a variety of perk packages that varied based on the level of support, and I reached out to my community regularly through email and social media to ask for support.

I saw that every time I emailed or posted about my campaign that donations would spike. Once someone donated, they became part of my “tribe” of book supporters who got sneak peeks of book chapters, got to help me pick the final book cover design and subtitle, and received signed copies of the book as well as their name in the acknowledgments section. I raised about 120% of my goal.

Submitted By: Terry McDougall – Winning The Game Of Work

When it comes to getting people excited about funding your project, you have to make sure you’re focusing on how it stands to benefit backers. When it comes to crowdfunding, people are far more likely to invest in your vision if there are concrete rewards in it for them as opposed to just showing them how their money will help get the campaigner to their goal.

Transparency is vital, but so is self-interest. Use rewards that are unique and compelling; rewards that can only be gotten through investing, as opposed to being able to just go buy something similar elsewhere.

Have A Great Pitch

Pitching your project or idea is one of the most overlooked aspects of crowdfunding, and botching this initial step has doomed many a campaign pretty much before it’s even really begun. Let’s examine the crowdfunding process: you are competing for an investor’s dollars, but you are also vying for their attention. This person, who is probably as pressed for time as everyone else needs a reason to stop what they’re doing and focus on what you’re doing and why it’s so important they should open their wallet and contribute to your cause.

Your pitch must be good enough to: A. grab their attention, and B. draw them in. So, tell them why. Use your pitch to tell the story of why this campaign above all others should be funded by them.

Have Some Of The Work Done Beforehand

My best crowdfunding advice for artists and creators is to have all of the design/creative work complete before the launch of the campaign. This means that those supporting your campaign are truly paying for production costs and helping you get over the last hurdle of bringing your project to life. This eliminates any issue around backers fearing you won’t be able to execute the creative work or like they are paying your salary.

In the three Kickstarter campaigns, I’ve run for two self-published books and a line of Chicago Style Postcards, the design phase was complete and the campaign served as a pre-sale that ensured I could meet minimum print quantity requirements and order a maximum amount of units upfront to save on costs and allow my work to have the greatest impact. It also enabled me to connect with interested buyers and get my work out into the world right away.

My biggest piece of crowdfunding advice would be to back projects on the platform you intend to use. A lot of Kickstarter campaigns will have a $1-5 buy-in level which allows you access to the project’s communications, progress, and pledge manager.

The communication is important so you know what to say and how often to say it, the progress helps you keep an eye on their success and the pledge manager is important as it allows you to conceptualize fulfillment of the finished product which can seem to be a lifetime away when you’re in that brainstorming part of the project.

My best tip for crowdfunding is to make sure you build your audience before you start to crowdfund. I’ve run campaigns for artists who started with a big fan base first and ones that didn’t do it. It’s like night and day.

If you already have a fan base you can start sending out notices to them on day one. Then get those people to tell several other people and before you know it you’ve reached your goal.

Show Your Value Instead Of Telling

Our top tip for creatives looking to raise funds through a crowdfunding project is to show the potential investor what they are buying into, rather than just telling them. The benefit of being a musician or an artist is that you already have some sort of finished ‘product’ to show people!

Rather than just explaining what you want the money for, show them what you’ve already done, get them on board with your talent. Once they’ve experienced your art, if they like it they will be more emotionally invested and much more likely to buy.

You can do this by including high-quality videos or images in your pitch. For example, if you’re a guitar player, embed a video of you introducing yourself, your project, and then showcasing your talent. If you can include footage of a live performance that’s even better, show the reactions of those watching you play. It’s important to communicate who you are, what you can do, and what you’re hoping to achieve.

The more information you give, the better!

The best piece of advice I can give for launching a successful crowdfunding project is to start off by clearly defining your audience. You’ll likely be using a platform that has its own internal audience, but you can’t rely only on that. There are tens of thousands of campaigns out there, so it’s difficult to get noticed through a crowdfunding platform alone.

That’s why it’s essential to define your target audience, research what their interests are, and determine where they gather online. In this way, you’ll be able to create a campaign pitch that appeals to them and reach them directly through social media.

The best tip that has also worked for us is to build your brand before you start your crowdfunding campaign. Offer your product to select customers in exchange for affirmative testimonials and user interviews. Reach out to news reporters to get your product or service featured. Be a guest blogger for a popular site, or be a guest in a podcast.

Build your social media community organically. Your initial impression on *crowdfunders* lies on how much the public has already gotten to know how cool your brand is.

What did you think?