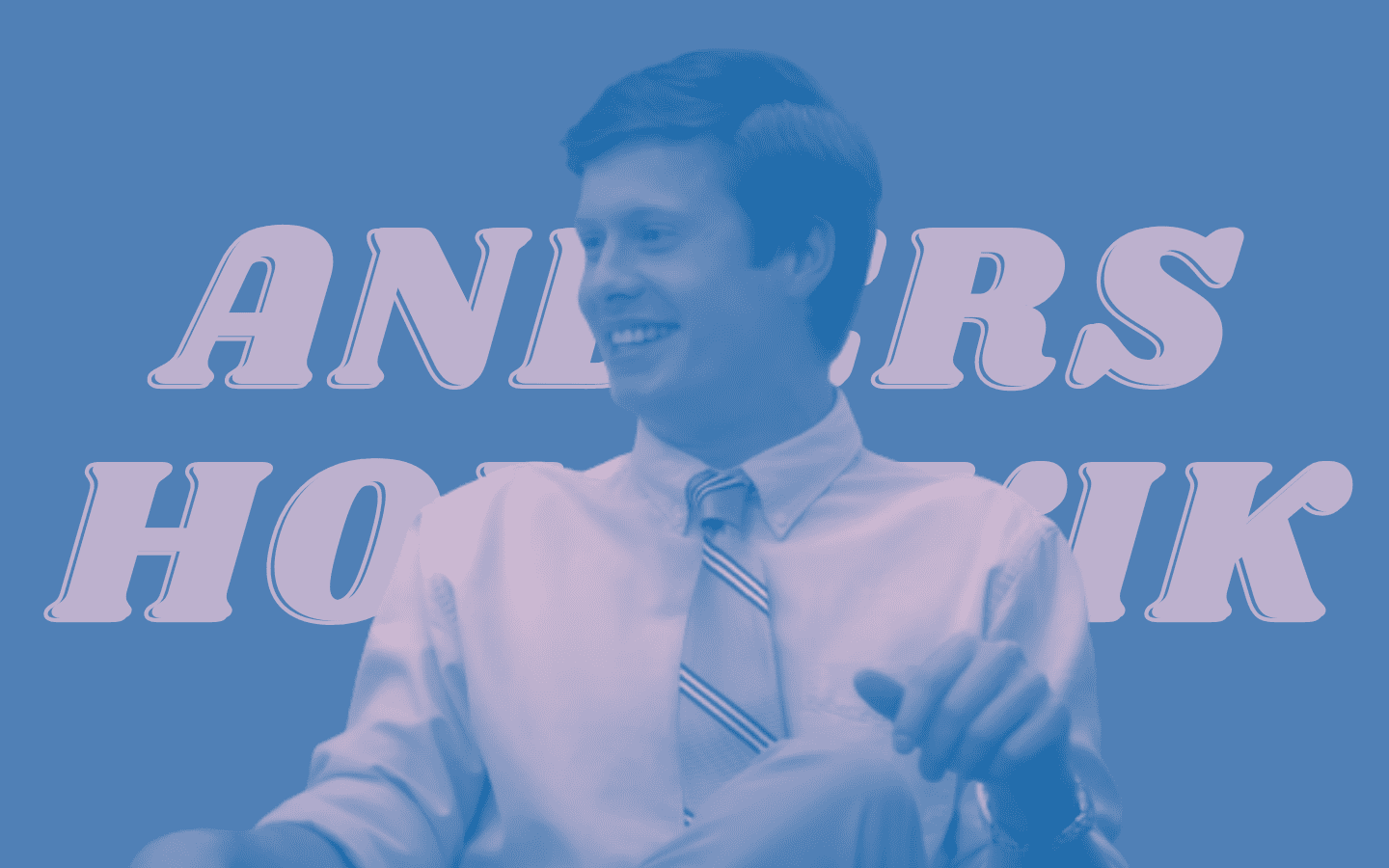 Anders Holmvik (played by Anders Holm) is one of the three roommates on the Comedy Central series Workaholics. Though he is as silly and drug-addled as Adam and Blake, he is often the voice of reason in the trio. Though he doesn’t act like it, he sees himself as an aspiring preppy professional. His efforts usually have hilarious consequences, and that is why we love him.

Today we want to revisit some of the funniest Anders moments from Workaholics. If we missed any of your favorites, let us know on social media. Enjoy!

RELATED: That Time Blake Anderson Was Wasted On Live TV

Ders Gets A Promotion

After Ders gets a promotion in the office, he takes the boys out to eat. Though they are just at a regular chain restaurant, Ders’ ego gets the best of him. He begins acting pretentious in the restaurant. I love when he asks to see the chef so he can compliment him on his Cajun Chicken Niblets. We never did find out what wine pairs best with the Oreo Cheesecake.

Not everyone is familiar with the act of sexting. During a house party, Ders gets sent a picture of a nipple. To be polite, Ders sends back a dick pic. However, he is embarrassed to find out that the nipple was in fact Adam’s, and he has been catfished by his friends.

This clip is from the very first episode of Workaholics. The office is doing a drug test, and there is no way the boys will pass it. Anders, thinking ahead, has a stash of clean pee that he is willing to share with Adam and Blake…for a price. The two must each eat a piece of ceiling tile, which Blake states tastes like ‘a mummy’s dick’. Things take a turn when Adam ruins Ders’ prank and the pee in the process.

In the college flashback episode, Ders get kicked off of the swim team and loses his scholarship. To cheer him up, Adam and Blake get wasted with Ders. This is how the three become friends. It is both hilarious and heartwarming.

The pranks never end on Workaholics. In this clip, Anders calls Adam pretending to be a man named Mr. Dick Blownoff. Adam isn’t feeling to great about himself, and Anders is going to be a great customer in order to raise his self-esteem.

Seeing blood is a common fear, and Ders is one of those people. When the TelAmeriCorp blood drive rolls around, Anders needs to get someone else’s blood. Luckily, their friend Karl is here to save the day…kind of.

The Boys Get Into An Argument On Stage

When the boys start a new wave band named Menergy, their first gig does not go as planned. During their first song, the music cuts out and recordings of them smack-talking each other. This causes the best friends to start arguing on stage. Another great Blake prank is in the books!

Ders is depressed about not being honored by his old high school. He gets blackout drunk and falls over the second-story railing, into a case of trophys. Though he sustains injuries, really bad injuries, this is a sort of rebirth moment for the character. Nothing sobers you up faster than getting a trophy through your torso.

Like most office comedies, Workaholics has an episode that involves a job fair. Alice sends Ders to a job fair, where his booth is next to the United States Coast Guard. After the Coast Guard guys are rude to Anders, he proceeds to ruthlessly roast them publically. This is one of my all-time favorite Workaholics moments.

What Are Your Favorite Anders Holmvik Moments?

We hope you enjoyed our list of funny Anders Holmvik moments from Workaholics. Did we miss any of your favorites? Let us know on social media!