Anything for Jackson Review (2020): How Family History Shapes Us

Anything for Jackson is a poignant look at a family haunted by their own grief and delves into the ways that our families shape us and continue to influence us. 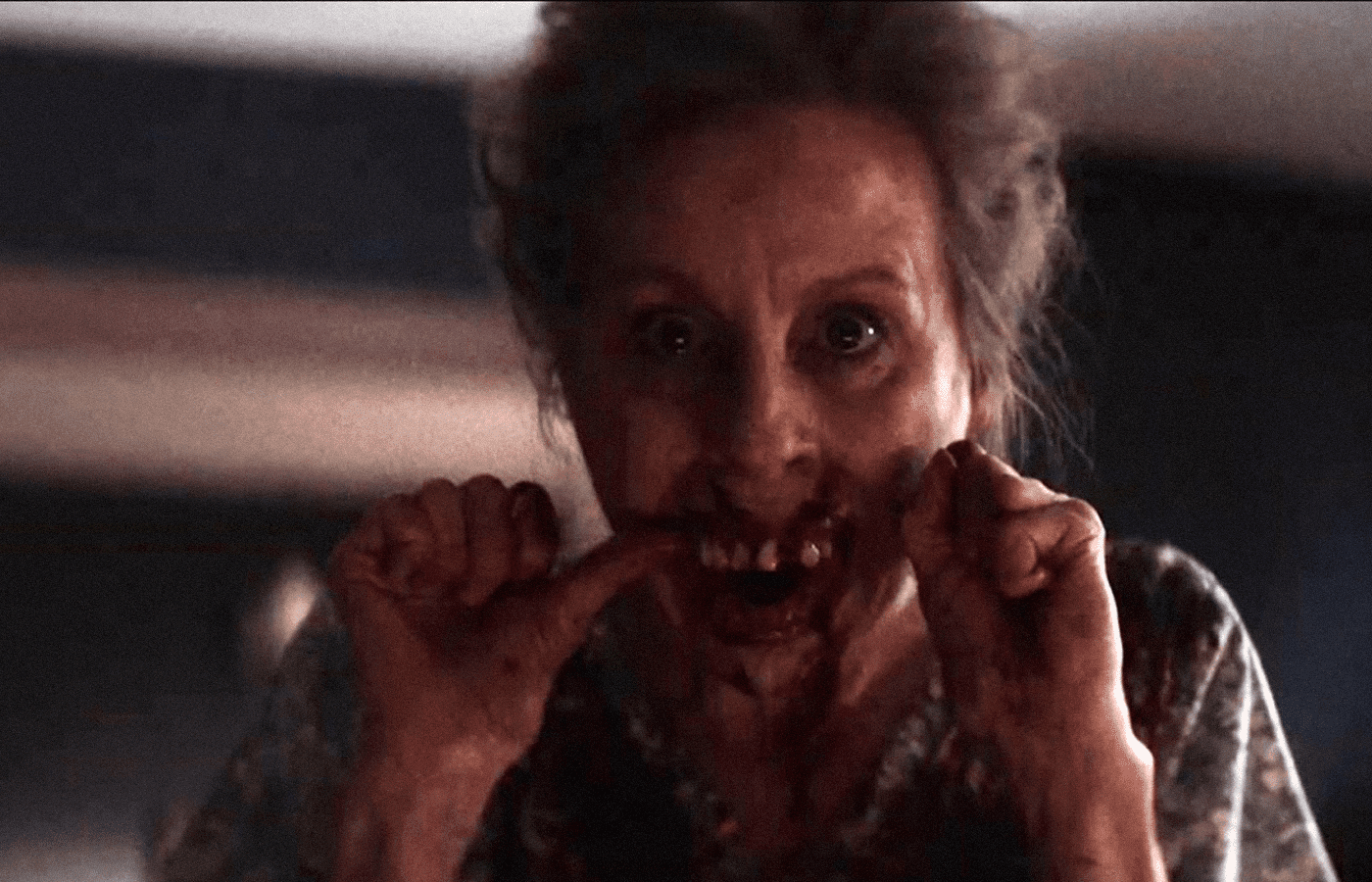 Anything for Jackson Review

And what else is grief if not a form of haunting?  When we lose a loved one, a partner, a dear friend, our world can come to revolve around the point of their absence.

Anything for Jackson directed by Justin G. Dyck has a ton to offer in the fright department; satanic masses, blood magic, a big spooky book, apparitions galore, and the freakiest take on a contortionist ghost I’ve ever seen.  And its opening half-hour perfectly straddles the line between campy horror-comedy and downright chilling scares.  For those feeling unsure initially, stay put, it takes a turn and when it does, the spooks keep coming.  But at the end of the day, Anything for Jackson is a poignant look at a family haunted by their own grief and delves into the ways that our families shape us and continue to influence us.

The motif of family, of being connected to someone or something simply by dint of your parentage, is prevalent throughout the horror genre; Jason’s mother “avenges” his death in the first Friday the 13th, Halloween II will do some retcon work to make Laurie the sister of Michael Myers, The Hills Have Eyes gives us a nuclear family vs. a Nuclear family, and the list goes on.  Anything for Jackson’s own commentary on family, though, focuses largely on the unseen things that contribute to a family’s make-up; the pain, trauma, and experiences behind the scenes that shape, or even define, a family.

This film carefully threads the needle of giving us just enough clues to begin to guess at or wonder about the different character’s family experiences, while also making clear that these events are shaping the present that we watch.  Family history defines the characters of this film, even if we are not privy to every piece of it.

We see this profoundly in the character of Shannon (Konstantina Mantelos), the pregnant woman who’s been kidnapped by Henry (Julian Richings) and Audrey (Sheila McCarthy).  Upon finding out she’s pregnant and being asked about her own family, all she says of her mother is that “she lives in Florida” and “I really don’t want to give her another reason to call me a failure.”  Just after this, Henry refers to her pregnancy as a miracle and she repeats the word; “miracle” she says with such hope that we are perhaps expected to believe that in that moment, she really believes it.

Shortly thereafter, in another conversation with Henry, Shannon says about her baby, “I’ve finally found my family.”  In these short exchanges, we learn everything we need to know about Shannon. Her own family is fractured and distant and, despite the circumstances of her pregnancy, she views this as an opportunity to create something she longs for: a family.  We can perhaps assume that she hopes to be a different type of mother than her own, a feeling multitudes of people can relate to.

Broken or damaged families circle the characters and events of this film like the ominous murder of crows that have taken up residency in Henry and Audrey’s yard.  We have Henry and Audrey’s family itself, their daughter and grandson dead: one by accident, one by suicide.  We are never told of Jackson’s other parent; whether the daughter of Henry and Audrey was partnered or whether her experience was similar to the kidnapped Shannon’s.

We also have Ian (Josh Cruddas), whose second parent is never mentioned either, and who, if he didn’t turn out to be a psychotic murderer, would almost be a kind of millennial icon; living at home, pursuing alternative spirituality, and helping Boomer’s solve some of their problems. Just as the movie’s climax begins, though, we find out that Ian has killed his mother, severing his family ties permanently.

Lastly there’s Rory (Yannick Bisson), the snow removal man, who we discover has recently been separated from his wife and children.  His ghost will later claim that his spouse is the one who ruined their relationship.  “You’re the one who cheated!”, he screams while he pursues Shannon as she escapes in the final minutes of the film.

A Couple Haunted By Grief

Despite the plethora of frightening apparitions that visit Audrey, Henry, and the kidnapped Shannon in the aftermath of their ritual, one of the most chilling moments is not an actual ghost but a line delivered by Audrey.  After being chased throughout her home by a spirit who manifests as a child wearing a bedsheet (yes, it’s literally a ghost dressed up as a ghost), Audrey explains away the screams Becker heard by replying simply, “My daughter just came to see me.”

Although both main characters are consistently portrayed as extremely even keeled, this blasé reply is a pivotal character building moment for Audrey. In a single sentence she tells us everything we need to know; she’s already haunted by her daughter, haunted by loss, by the memories of her, both before and after the accident that took Jackson.  That’s why her and her husband are doing all of this.

And what else is grief if not a form of haunting?  When we lose a loved one, a partner, a dear friend, our world can come to revolve around the point of their absence.  Our life can be filled with the “apparitions” of them; a joke we want to text them before we remember they’re gone, a sibling’s laugh that sounds just like theirs’, a stranger that for just a moment we mistake for them.

Perhaps the reason that Audrey for the most part handles what’s happening in her home so well is that she’s already been living in a haunted house. She is haunted both by the spirit of their grandchild and by the absence of their daughter.

As the movie’s climactic scene approaches its end, we see the blood of our two villains touch and begin to co-mingle just as their victim finally manages to escape.  And at the end of the day, that’s what this movie has always been about; the co-mingling of blood and lives and genes.  What does a family do when the thing they helped create is destroyed? How do you ever fill the space that loss leaves behind?  For our main characters, the answer was two-fold.

First, you cling even tighter to the family you do have.  In a conversation with Shannon, when asked if he’s doing all of these occult shenanigans because of Audrey, Henry replies, “I’ve done everything for her.”   And secondly, you do whatever it takes to regain what you’ve lost, even if that means turning to the dark powers of satanic necromancy.

For the audience, the closing scene may come as an unwelcome reminder of a sometimes uncomfortable truth concerning family.  After making her escape, Shannon stops on the road, seeing something in the distance.  We watch with her, as the newly summoned Surgat, the demon who Henry and Audrey invoked to do their ritual, slowly crosses the road followed by more crows.  Surgat paused for a moment as if to acknowledge Shannon and we see her look down and touch her stomach.

If you listen closely, you can hear the sound of a rapid heartbeat as this unfolds. The meaning is unclear; is the film simply telling us that the child has survived?  Is it even now the vessel of some ghost?  Does some piece of Surgut’s essence reside within? We may never know.  But the film’s final scene, with the implied connection between Shannon, her baby, and Surgat, is a stark reminder that sometimes family means being connected to things you would rather not be.