Out of both Arkham Horror and Eldritch Horror, which is the superior game? 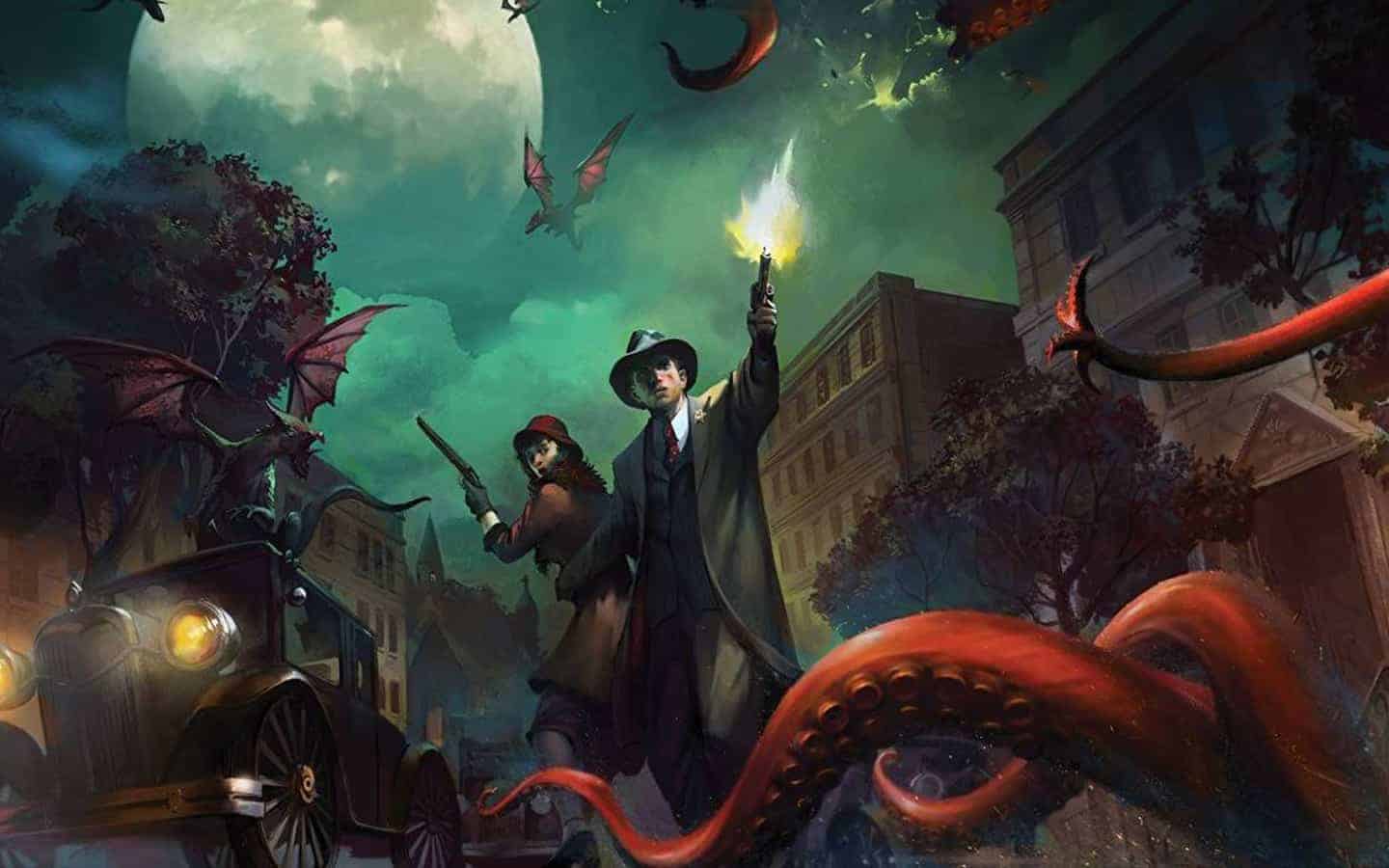 Being true to the feel of Lovecraft’s works, but expanding them to be more approachable and inclusive is a daunting task whatever the format, but Fantasy Flight Games does a great job of bringing the world to life.

For the last few months, it has been a tad difficult to get a group of people in a room to play board games. Thankfully sites like Tabletop Simulator and the Steam Workshop have facilitated this article. I’m not entirely sure how legal the games that are available through the Workshop for Tabletop Simulator are, as there are some official paid DLC (Scythe; DLC).

For the record, I do own copies of both games and several expansions for both, but not all. Legal grey area notwithstanding, Tabletop Simulator has made socializing during isolation possible for me and the group I game with, as we are all a bunch of paranoid pseudo-shut-ins. Not shilling for the games, I’m just trying to illustrate that you can still game with some adjustments and modifications to keep safe during these trying times.

I am a big fan of H.P. Lovecraft’s works. I love the worlds he built with his writing and, even more so, the inspiration these worlds have given other creators. Lovecraft built off of Robert W. Chambers’ works, specifically The King in Yellow, so it has always been great to see these worlds expanded upon, or their influence seen in books, comics, shows, movies, and games.

Being true to the feel of Lovecraft’s works, but expanding them to be more approachable and inclusive is a daunting task whatever the format, but Fantasy Flight Games does a great job of bringing the world to life and while being somewhat inclusive, which would have probably had ol’ H.P. Lovecraft less than impressed.

I haven’t been able to play the 3rd edition of Arkham Horror that was released in 2018, so I will be speaking to the 2nd edition. From what I have read and watched online, the core game is very similar, but much of the streamlining that was applied to Eldritch Horror was applied to Arkham Horror’s 3rd edition, which offers a modular board and has a quicker overall setup and playtime. I do try to support local gaming shops where I can, but most of the stores that stock these games have been sticking with the 2nd edition and its expansions. Yes, I could order it online, but I’d rather shop local.

The group I play with is pretty stable. 1 or 2 may swap out based on availability or game preference, but it’s usually the same 5 people each week. I don’t know if this is standard, or if there is a lot more turnover with other groups. We have been playing weekly for over a decade now and we have played everything from pen and paper RPGs (D&D, Pathfinder, GURPS) to more casual board games (Ticket to Ride, Settlers of Catan), and a litany of things in between.

When we first started getting together, it was over a lot of player vs player strategy games and the bickering and gloating got old pretty quickly. We still occasionally want to play something competitive, but it’s getting less common the older we get. One of the big draws of the Horror games is that they are cooperative but allow for a lot of different play styles. It may not be a requirement of every game we pick up, but we do seem to have more fun when we aren’t competing against each other these days.

Both games have a “Wall of Rules” that can take a little while to digest and I have never played in a game that was less than 4 hours, usually around 5. While the playtime is largely due to playing style, as several members of my group are min/maxers, the rules have always been a bit of a struggle for me. I usually want to play a game as it is intended, not attempting to break the game mechanics. Because we only break out one or the other every few months, we always need a refresher on the rules and when you add in the expansions, it can get a little cumbersome.

We played Arkham last weekend, and while we were going over the rules again, we found that we had misinterpreted a rule on gates. The short version is that we have been playing for years at a much harder difficulty than intended. This “Wall of Rules” isn’t really a negative to some players and while I struggle with it, it does come with some benefits. The primary being that both Arkham and Eldritch are in this sweet spot between pen and paper RPGs and more casual board games. If you need a break from a pen and paper RPG, but want an experience that is similar to a one-shot session, these games fill that need very well.

Out of Both Arkham Horror and Eldritch Horror, Which is the Superior Game?

If you put the base games up against each other, I’d have to go with Eldritch almost every time. I could point to the rule streamlining that was done between the games, and that does play a part, but really it has a lot more to do with scope. Arkham takes place in the town of Arkham, Massachusetts; Eldritch takes place across the globe. The impact of both games is the same if you lose, the world ends, but the scope on Eldritch feels way more fitting than Arkham does for these ramifications.

The expansions for Arkham is where I really love this game, they expand on the mechanics and add a wider scope to the game that goes further into the mythos of H.P. Lovecraft’s works. I enjoy the expansions in Eldritch as well, but they don’t expand the game in the same way. Many of the mechanics or rules that were streamlined for Eldritch were pulled from the expansions of Arkham, so it is harder to have that impact on a game that is just more my cup of tea. To sum up the differences, Arkham’s expansions change the game for the better; Eldritch’s give you more to do in a more streamlined game.

Another big issue is set-up and tear-down times. Both games take a fair bit of work to get set up properly and getting everything back in the box after a game isn’t really any better. I would recommend getting a bunch of resealable sandwich or snack bags before opening the game for the first time to make this easier for everyone. This is the best part of the Tabletop Simulator platform. The virtual builds of these games can be scripted to load the base games at launch and then you have the option of adding the expansions into it. It wasn’t until we started playing this way that we realized how much time we were spending setting up and putting away.

Despite a few nitpicky things I don’t like about the games, I do still play both at the very least 4 or 5 times a year and that is because of one thing that the designers knocked out of the park – Replayability. Both base games change quite a bit based on who your players get as characters, and what Old One you are up against. When you add in the various expansions, it keeps the game fresh and enjoyable for a long time. My group and I have been playing these games for over a decade now and while we may not reach for it every time we get together, it’s always considered and is always enjoyable when we do pick it. Both games stand on their own, and while I generally prefer Eldritch, there is a lot to appreciate in both.

If You Like Arkham Horror and Eldritch Horror Then I Recommend…