Emcee Graffiti gives us a breakdown of beatboxing basics. Learn the beatbox sounds and techniques you need to get started! 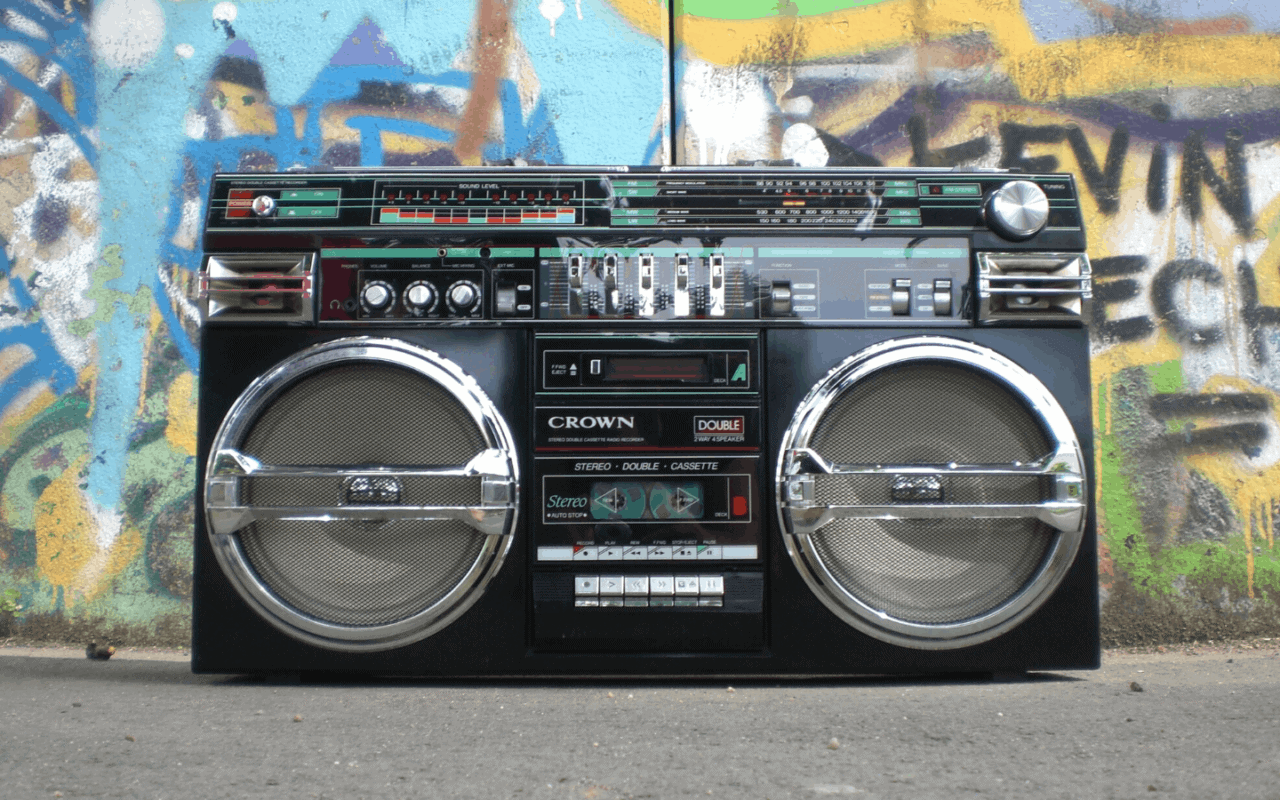 The art of emulating percussion and other musical elements with your mouth. From click rolls to circular breathing. From rapid hi-hats to vocal scratching. Beatboxing has evolved from the streets of New York City to a worldwide phenomenon.

Here, I (Emcee Graffiti) would like to discuss a little bit of the history behind The art and share some tips on how to start yourself. Get ready to get fluent in the language that is “Beatboxing”.

The art, heart, and soul of Beatboxing came to fruition in the early 1980s in New York City. Early pioneers include Doug E Fresh and Buffy (The Fat Boys). There’s always debate as to who the “original” Beatboxer is, but we’ll leave that decision up to the masses.

The term “beatbox” comes from the slang term used for electronic rhythm machines such as the Roland TR-33, created in the early 1970s. While there were earlier machines with similar functions, the Roland and ELI (of which one was called “Beat Box”) of the 1970s gained popularity and found their way into the homes people around the world.

Before Beatboxing, as we know it, many artists had forms of vocal percussion through the centuries. Scatting, humming, whistling, and broad instrument imitation have been found worldwide throughout history. They’ve all culminated into the Beatbox.

In the early 1980s when Hip-Hop began to spread through the boroughs of NY, young MCs would practice their rhymes in the streets and parks. Often trading jabs and grandiose off the cuff lyrics, the Beatboxer was there.

At the time— mobile sound systems, turntables, and drum machines we’re expensive and often out of reach within African-American communities. From the creative soul and hunger to express came Hip-Hop. Beatboxers would not only emulate their favorite breakbeats, they would also create their own sounds and styles.

From there, the language of Beatbox planted its feet. The first time I heard any sort of Beatboxing was watching Police Academy as a child. I saw Michael Winslow replicating realistic sounds with his mouth. I was blown away.

Around the same time, I was four or five years old, I heard Run-DMC, Bobby McFerrin, and Doug E Fresh. For the first time I understood that there was more to the sounds. There was more to mimicking what I heard around me. Doug E Fresh introduced the rhythm in the language.

I keep referring to Beatboxing as a language. It is a language. Just like any other language it deserves the same respects. A new language may be hard to learn, or it may be easy.

As an English speaker, it may be easier to learn another language that has similar properties. However, I think Beatbox is the most universal language. If you can speak, you can learn it. It may take a while to perfect the pronunciations and dialects, but you can do it.

Let’s begin with some of the basic sounds. The tried and true “beginner” introduction is “Boots and Cats”.

As you say the words “boots and cats” over and over, start to put an emphasis on the “B” in “boots” and the “C” in cats. Those hard consonants will imitate the bass drum and snare, respectively.

They need to be said in rhythm (let’s start with basic 4/4) and in time. Get yourself a metronome app, or find an online metronome, and set it to 84 beats-per-minute (BPM). It’s not too slow, not too fast.

As you get comfortable saying it, say it with a slight whisper in your voice. Not a whisper as in quiet, but that breathy sound you get when you whisper.

You may also notice that the “Ts” in “boots” and “cats” has a sharp rasp to it. That’s emulating the hi-hats in the drum pattern. When you get rid of certain parts of the words, you’re not “vocalizing” the words. This helps to amplify the punchy parts of the words in Beatboxing.

This is a very simple beat and drum pattern. However, every language has its basics. I would like to explain other phrases that work in a similar fashion. “Bum bum push” — “Bum” is self-explanatory.

However, rather than saying “push” as you normally may, get rid of the “u” in push. “Pshh” is like shushing someone, but starting with a “p”. You probably say or, or have said it, as an expression of disbelief.

Now, “bum bum pshh” you should say to the tune of “We Will Rock You” by Queen. That’s basically the famous stadium stomp. Around 75 BPM or so.

While it’s only 3 sounds, the elongated “pshh” covers the “rest” of the fourth beat in the 4/4 measure. Again, when you’ve gotten comfortable with it, say it without the “vocalization”. It will be more like “Bmm-Bmm-Pshh”.

Now, how about saying “tickle”? “Tickle” repeated quickly with little space between the words. When you can say it repeatedly at a fast pace, it will start to sound like double hi-hats. The basic hi-hat is just a “T” sound like “Time” minus the “ime”. The focus with “tickle” is the “T” and the “ck”. Doing that will remove the “vocalization” of the words.

Lastly will be a basic DJ scratch. “Chewy chicken” — sounds gross. It is gross. But it works.

Say “chewy chicken” in a bit of a whisper. Almost like you’re trying to “shush” yourself while you say it.

Don’t open your mouth as much as you normally may to speak. You can start with your teeth almost clenched while saying it, then ease up from there until you find a comfortable spot. Again, don’t vocalize it. Don’t add the “hum” that you naturally do when speaking.

Here you can get really playful with the phrase. “Chickity-chicka chewy chicken”. The faster you are able to say it with the air pressure behind your teeth, it will really give it an electro sound.

There’s tons to learn in Beatboxing. Thankfully, the language is completely open to dialects. Someone may tell you the “right” way to say something, but you find a way that works better for you and still captures the essence of what you want to say.

This article was written by talented artist and friend of Effective Nerd, Emcee Graffiti. For more information about Emcee Graffiti, check out his official website: Emceegraffiti.com

I hope you enjoyed Emcee Graffiti’s breakdown of how to learn beatbox! Do you have any other ideas, lessons, or tutorials that would be helpful? Who are your favorite human beatboxers? Let me know on social media!