Becky: An interview with Jonathan Milott and Cary Murnion 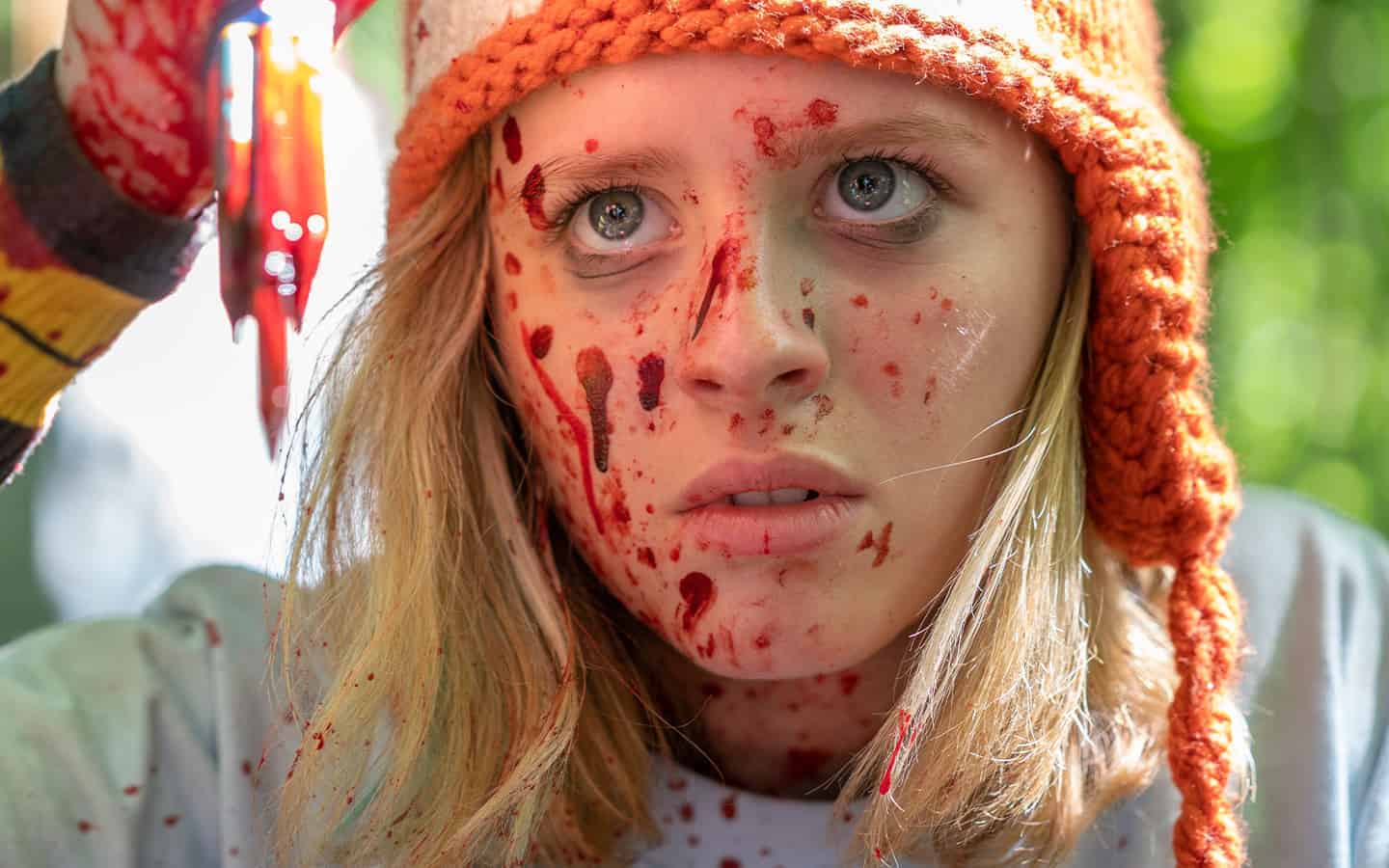 Jonathan Milott and Cary Murnion have been a duo for quite some time now. Ever since meeting years back in New York, the pair have taken on directorial tasks for films such as Bushwick (2017) and Cooties (2014). Now they’re back with their brand new thrilling revenge fest Becky, and PHASR had a chance to speak with the duo about their upcoming film.

An interview with Jonathan Milott and Cary Murnion

I know that being directors comes with a lot of responsibilities and you guys have also taken on producing and even writing sometimes, do you have a favorite “hat” so to speak that you get to wear on set?

Jonathan Milott and Cary Murnion (JM+CM): I think we just love directing. We started in animation and we loved that process of collaborating together which is why we’re a directing team, and then that fed into our directing live-action. I think we just loved that idea of collaborating with all the crew; the cinematographer, the sound, the makeup effects, all the way through editing, and then the VFX and the actors.

Especially on this film we really had a great time collaborating with all of the actors especially Lulu and Kevin, they just brought so much to the table that it’s a pleasure. It’s fun to have spent all that time writing and working on prep and then actually getting on set and making it happen, It’s such a blessing because it’s so hard to get a movie made that once you’re actually on set it’s like a dream come true.

Speaking of Lulu and the rest of the cast; my next question was actually revolving around them. Lulu was only fourteen at the time and she has quite a bit of experience in the horror genre, but then at the same time, you also have actors like Kevin James and Joel McHale, who are typically more known for their comedic style works. Did you find yourselves approaching working with them in different ways as you were doing the movie?

JM+CM: Actually Lulu was thirteen so she was even younger, which makes it even more profound of how special of a talent she is. I have a ten and a twelve-year-old and so I know how kids at that age are usually goofy, playful, and fun and don’t want to work hard but she’s an amazingly hard worker and just so talented.

In terms of working with them both I think we worked really hard with Kevin right from the start to fine-tune the character and really find it because it’s easy to read the script and maybe take the character of Dominick to a place that’s a bit over the top or a bit too “bad guy” but while working with him we really I think dialed in a character that is charismatic, that is almost magnetic in the way he can communicate, you know he talks and you just kind of want to listen to what he’s saying and that’s exactly what we wanted from that character.

Someone that you’d want to almost be friends with until you hear or actually really listen to what he’s saying and then see the types of things he does. So we wanted that contradiction of someone that you would want to like but then when you hear what their ideologies are you really get turned off, and it kind of is a bit of a twist in a way. Working with them both was one of our favorite parts of making the film.

Well you guys did a great job, they both gave really awesome performances and I was actually really surprised by Kevin, I thought he was fantastic so great job on working with them.

JM+CM: Yeah we agree, we’re so excited for people to see Kevin’s performance because it really is unlike anything he’s done before and we think it’s subtle and nuanced in a way that will surprise a lot of people. A lot of his other comedy is very purposefully over the top and big and funny like Paul Blart is a very kind of hilarious comic movie where this is I feel like he does get big in parts but it’s also subtle and nuanced in a lot of other ways and it’s going to be special to see.

What was it originally that made you want to direct the film and how did you become involved with it?

JM+CM: We were brought a script originally that had this premise and we just loved it. I think the main thing, and this happens probably all the time when directors get scripts; they want to put their stamp on it a bit and make it as powerful and successful as we think it can be and in that sense, we loved the premise and we wanted to deliver on it so we told the producers that and we got them to agree to let us work with writers Ruckus and Lane and just kind of make sure we have this girl exacting revenge in a way that delivers and so that’s what we did.

We worked with the writers making sure that her character arc had meaning and purpose, that when she’s killing it’s unique and fun but grounded in the sense that all the tools she uses are things that you would find in a normal lake-house, nothing crazy or out of control and none of the skills she acquires are unrealistic so it was just that process of finding those things that would kind of blow your mind even though they were typical and grounded. It’s just something that we really got excited about the minute we saw that.

Were the kills already mapped out in the script when you received it? Or did you take some leeway on it and do your own spin on them as you filming?

JM+CM: In the original script there was a few that we kept through into development more but that was a big part of as we developed the shooting script was really working with the writers to fine-tune those moments and maximize the intensity to really have them be moments that are almost cathartic in a way that once we’ve established Becky’s character and the purpose behind her revenge and her need for her revenge when you get to those moments they’re not just kind of throwaway acting beats they’re really intense, they’re really visceral and they have a lot of meaning and emotional impact because you know that this guy did something to her whereas this other guy actually did something else.

(laughs) I don’t want to give any spoilers but when she’s exacting her revenge it has purpose, it has meaning and it just makes it much more than a typical fight scene in a movie where a bunch of guys are punching or shooting no-name characters. You really understand why she’s hurting that guy at that point and you can get behind it.

The entire second half of the film plays out like a gory revenge film when it sort of flips halfway through, was there anything you had planned that had to be cut or you couldn’t put in there just because it was too much or maybe too gory?

JM+CM: Not any big scenes, I think the biggest thing was when we were submitting it to the NCAA for an R rating there were just scenes we had to trim a bit. Some scenes where there was maybe fifteen stabbing motions that we had to cut down to not be so over the top. (laughs) Just a trim here and a trim there and we got it down to an R rating but in the end, I think that we didn’t end up having to take anything out that we thought impacted the movie negatively. I think it was just a tiny bit more here or a tiny bit more there, in the end, it was not even necessarily losing the entire shot it was just maybe trimming the shot a little bit so we feel that the intent and the intensity remained intact.

Becky will screen at select theaters and drive-ins across the United Stated starting June 5th along with streaming on VOD.