Understanding the inspiration and influences of Pan's Labyrinth's Pale Man. 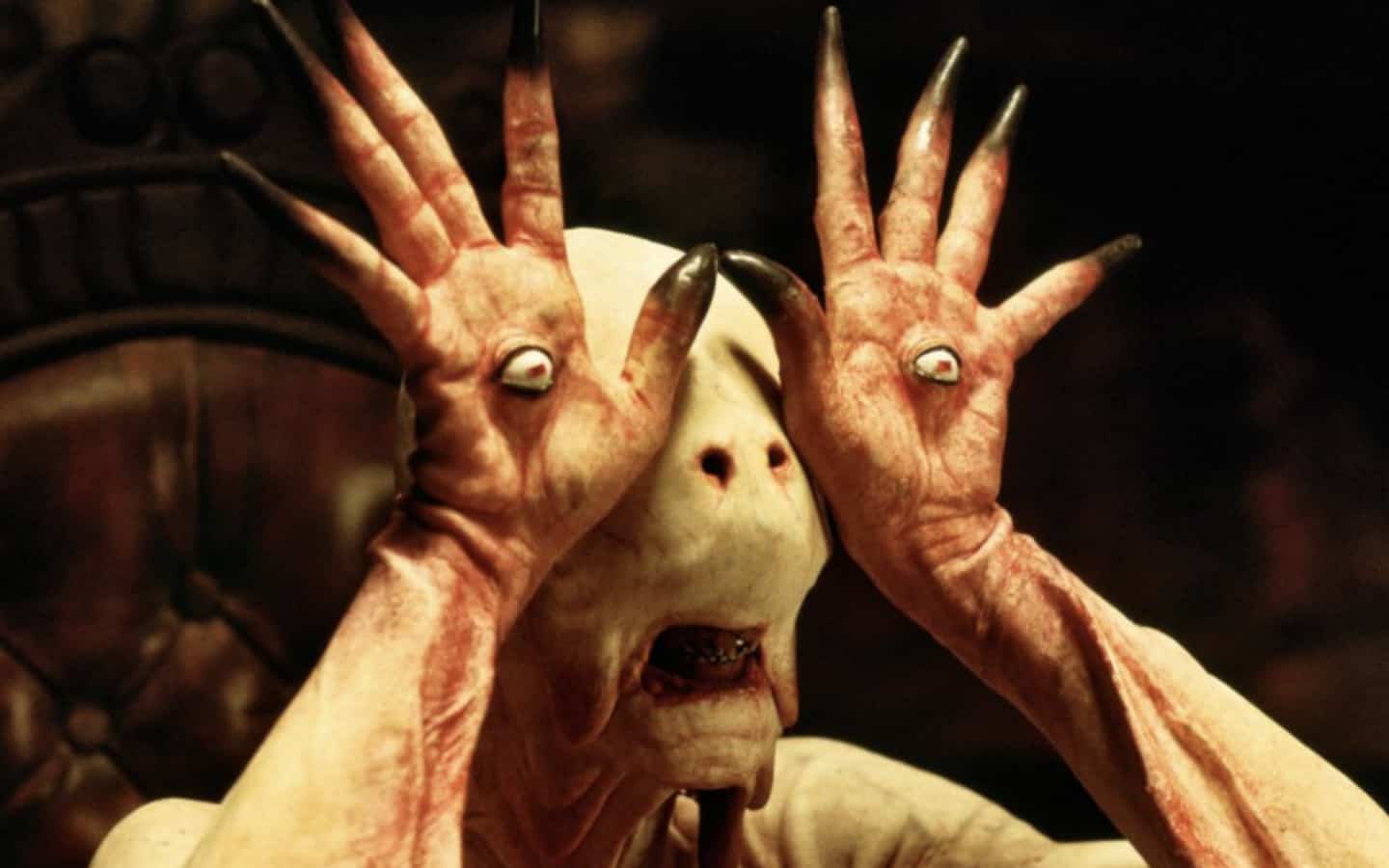 Behind the Pale Man’s Influences and Symbols.

The Pale Man is more than a horrific humanoid entity that feeds on children. But just how did Guillermo Del Toro come up with such a disgusting look? A look that scared Ofelia (Ivana Baquero) and its viewers since 2006?

Before getting into the major influences of this creature here’s a quick fun fact. Take a good look at the Pale Man. His neck is covered with rolls. Its elbow’s skin sags about a foot from its bones. Guillermo Del Toro once stated that the Pale Man is visibly inspired by the time he once went through a significant weight loss journey. Hence the skinny saggy look.

Ofelia is to set camp with the menacing leader Captain Vidal (Sergi Lopez). And let’s be honest Guillermo Del Toro is known for having amazing terrifying creature designs yet the true horror comes from within human intention and their brutality. We learn this with Captain Vidal in the ‘bottle scene’ and his ruthless leading throughout the film. But he isn’t the monster in question today.

Upon arriving Ofelia enters his camp that is surrounded by Spain’s gloomy forest, an eerie yet helpful faun approaches Ofelia in the dark of the night. And for another quick tangent, Del Toro has explained that the Faun is neither good nor bad. He represents nature which is why he appears from the forest as looks to be fused within it. But regardless of his moral he still works as the mentor does from the hero’s journey, he explains to Ofelia her true calling. She’s a princess of the underworld but in order to achieve it, she must surpass three tasks in order to retrieve her native name Princess Moanna.

Task two (which can also be considered her second trial) is when we meet the infamous Pale Man. All she has to do is retrieve a dagger from the Pale Man’s lair. She’s warned to not eat anything off his table. But remember she was punished without food the night before and her poor little stomach has been aching for some nourishment. And what’re two grapes really going to do to a banquet of food on a long table?

Method To The Scary Madness

Del Toro flat out states through a tweet that the Pale Man represents “institutional evil feeding on the helpless”. This alone shows us the symbolism behind the Pale Man and this could honestly just be scratching the surface.

Let’s take a look at his design. He’s a tall pale (also known as white) old man. We know he’s an ancient entity through the quick exposition we learn through the paintings surrounding the lore of his existence. His appearance can’t be a coincidence when we combine it with Del Toro’s tweet. His response to his own tweet confirms it. “These are Pale Man times”. A quote that will most likely always be relevant.

How can a scene in just under seven seconds scare viewers for years to come? With the thought process and influences. When thinking of past monsters, yokai, myths, and legends Del Toro manages to use them intelligently. Not only are they disturbingly offputting but the story behind them circles back to his creation.

There are two more influences for the design of this monster. The first one is its visual connection to a Japanese Yokai named Tenome which translates to ‘eyes on hand’. The resemblance is obvious but not derivative. The myth of Tenome has been around for centuries and it goes as follows. A lonely blind man walks among the fields at night. It’s quiet. Perhaps a little too quiet. Suddenly the man is assaulted, mugged, and left for dead. And The culprits? They’re A group of faceless criminals, for the old man didn’t get a chance to see his attackers.

With his last slow breathe he cries to the sky, “If only I had seen their faces – If only I had eyes on my palms” and he passes on. But because he was in such rage and agony his spirit returns as a vengeful apparition with eyes placed within his palms. But now blinded by rage no one is safe.

Just like the Pale Man, both he and Tenome will attack any unfortunate soul that comes near for eternity. The legend continues with a little boy who was dared to walk into a graveyard at night. The boy agrees. And why not? This is his perfect chance to showcase his courage and bravery.

Only the boy is met with something no one could predict. He encounters Tenome. The boy rushes for help to a nearby church. Luckily a priest is inside. He tells the boy to hide in a chest. Upon the priest’s arrival he hears constant slurping. When the priest checks inside the chest all that is left  is the lose skin of the boy.

Now we’re safe to assume the Pale Man eats his victims as well. Remember those murals mentioned earlier? They depict the Pale Man eating children. Underneath them lies a huge pile of worn shoes. Now there’s something about those murals. If you take a good look at this painting they faintly resemble a Spanish artist’s work. The artist in question is Francisco De Goya.

Francisco José de Goya y Lucientes was a Spanish romantic painter and printmaker famously known for his Roccocco style. He is considered the most important Spanish artist of the late 18th and early 19th centuries. His paintings, drawings, and engravings reflected contemporary historical upheavals and influenced important 19th and 20th-century painters. After slowly losing his hearing he retreated into his home for the remainder of his years. In that his work grew darker in subject matter.

What Are The Black Paintings?

Fransisco De Goya lived through the Napoleon Invasion and the carnage he produced. Intertwine this with two near-fatal illnesses and the Black Painting series is its origin. Now the black paintings series are 14 paintings dealing with haunting themes such as the fear of death and insanity. Within this series, there’s an iteration of Saturn Devouring His Son. This painting is important to the film for two reasons.

First of all, the depiction of Saturn is eerily close to the Pale Man. The face itself is obviously completely different. But if we look at the body, its demeanor, we see the resemblance. they’re both decrepit, old, skinny, pale, long, and are eating a child.

There’s more to it though than just looks. The story behind Saturn devouring his son is the typical ruthlessness that Greek mythological stories charter. A prophecy is foretold that one of Saturn’s children will overthrow him. So Saturn decides to devour his children as they are born. Only his third son Jupiter was saved by the mother Ops. Eventually, Jupiter then goes to fulfill his destiny of overthrowing Saturn.

In a sense the same story circles back to Pan’s Labyrinth. In the end Captain Vital kills Ofelia (her stepdaughter) but then gets killed by the people of his biological son who eventually takes back the power. Leave it to Gueirmo Del Toro to add so many nods and winks to past monsters in order to create one of the most horrific creature designs of the 2000s.