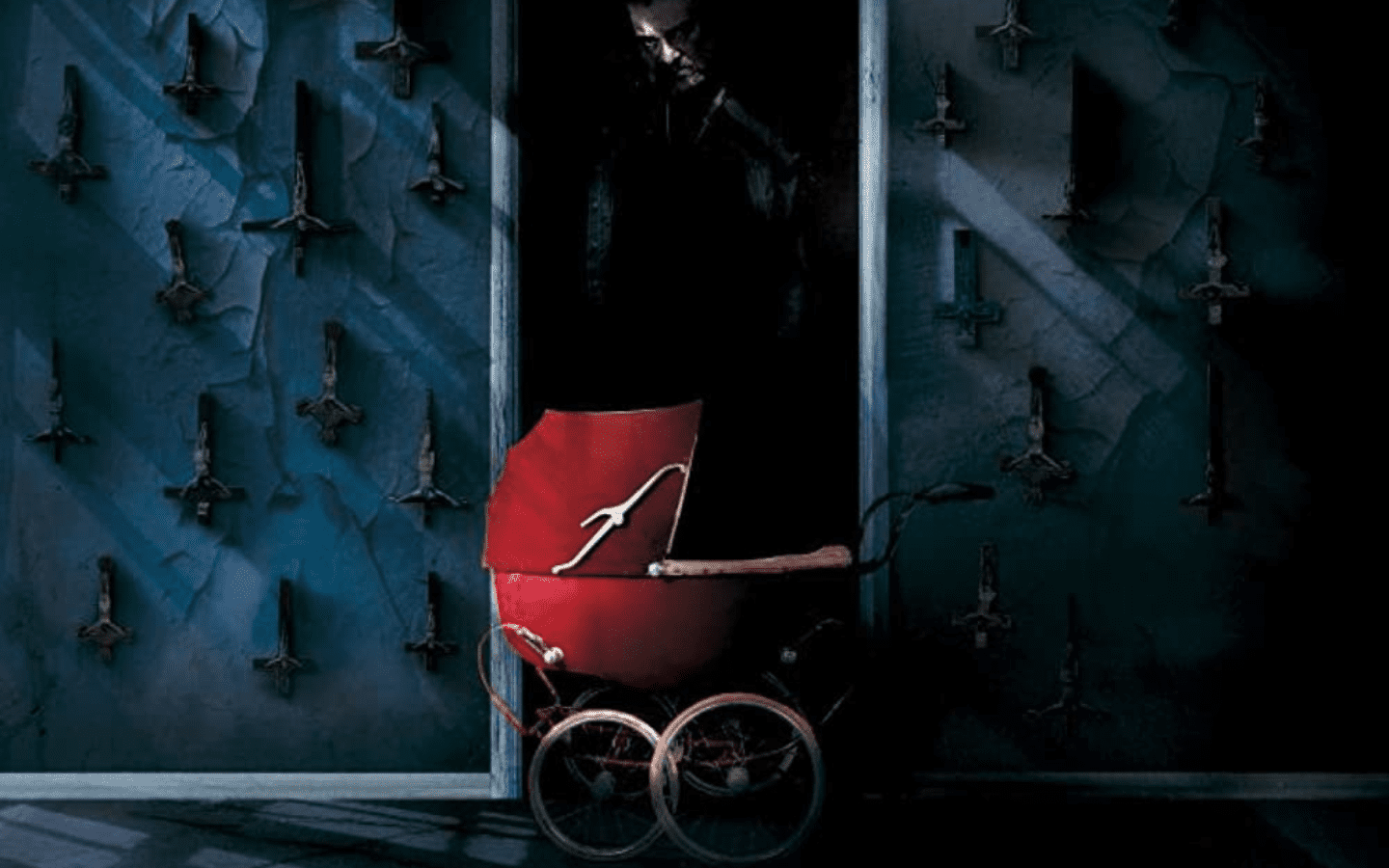 Belzebuth was directed by Emilio Portes. It was written by Emilio Portes and Luis Carlos Fuentes. The film stars Joaquin Cosio and Tobin Bell. It was released on October 14th, 2017, and distributed by Videocine.

Emmanuel Ritter has seen a lot of large-scale violence in his life. After realizing the events may be connected, Ritter starts an investigation into these seemingly paranormal events.

For a lot of horror fanatics, films about possession, the occult, and things born in blasphemy or contrast to religion are the first viewing. We’ve seen it in films such as the Poltergeist, The Shining (to some degree), Amityville, Pet Sematary, and so many listless others. In Belzebuth, my initial thought was it would be a take on the demon known as Beelzebub so I knew I was in for a movie that would dance around with many religious items.

I would advise that the beginning 40 minutes of this film will contain some very harsh themes and may not be viewable for all audiences.

The second item of note, if you do not speak Spanish, you will want to utilize subtitles as the film has a greater portion of its speaking parts in that language. The film stars Tobin Bell of Saw franchise acclaim and follows a detective or law enforcement officer “Ritter” as he goes through many strange incidents.

The movie takes place on the border of Mexico and the United States following Ritter as we go through a myriad of strange, twisted, violent, and deranged occurrences, which are generally questioned as cartel dealings. It quickly becomes noted that these appear to be in line with very occult devices and that the safety of mankind is naturally threatened if they are unable to succeed in helping an unknown person grow into the projected messiah.

The framework of the movie sees the environment move from hospitals, schools, movie theaters, churches, and tunnels used for smuggling between the borders. There are some elements of CGI but they are sparse and not overdone, the imagery for the occult is very accurately done up in various mediums, the possessions of characters are ominous and intense, and the story progresses at a fair pace with good action to keep you entertained for the viewing.

With humanity’s fate in the hands of broken men, can the world be saved? Can the demons of the forces unknown be staved off? If you are taking on the Shudder 7-day free trial and are a fan of the paranormal in your horror, add this to your watchlist, grab the popcorn, and be ready to have your eyes glued to the screen.

Have You Seen Belzebuth?

We hope you enjoyed our review of Belzebuth. Have you seen the film? Let us know your thoughts on social media!