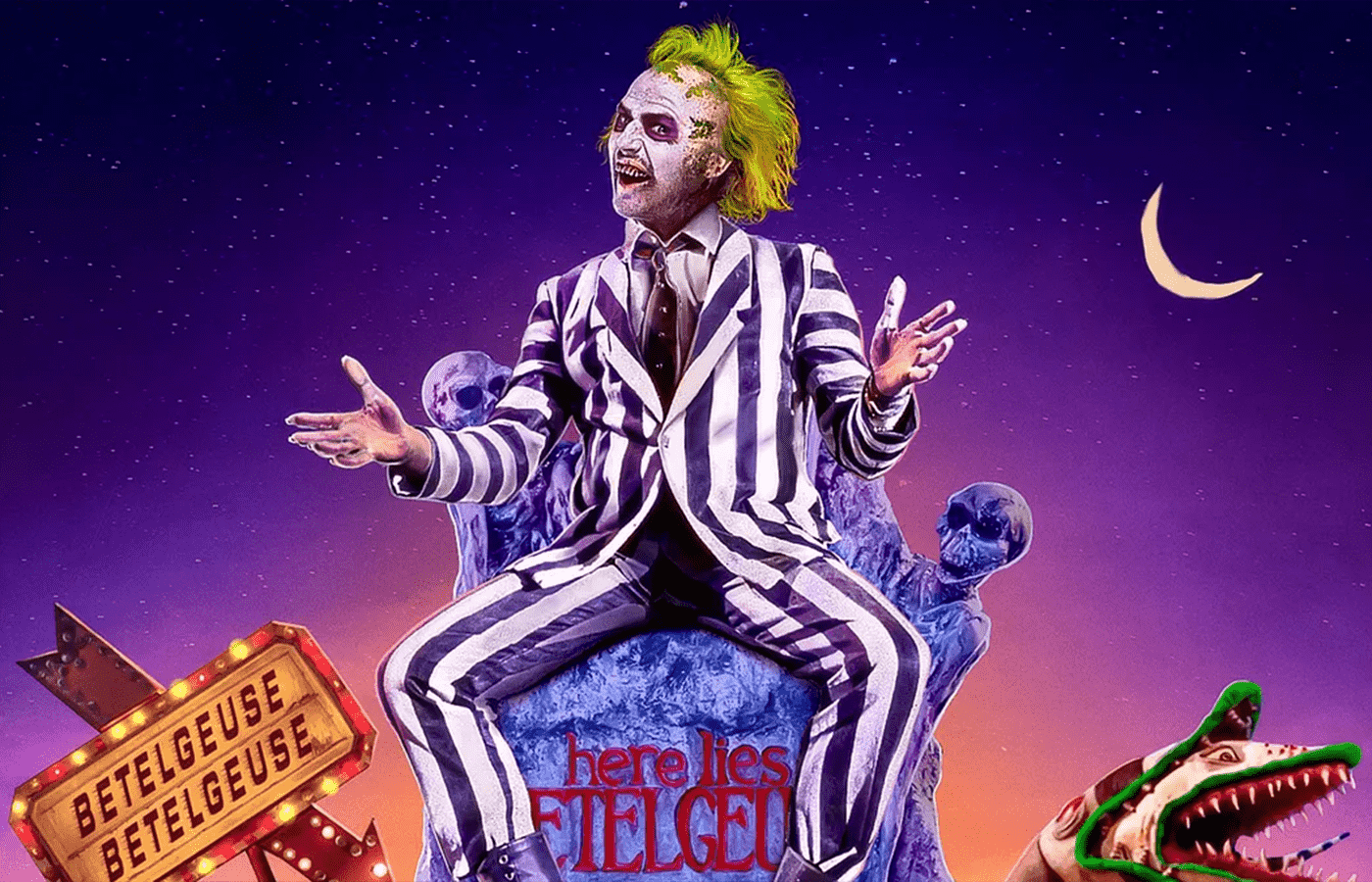 Directed by Tim Burton and written by Warren Skaaren, Beetlejuice follows the spirits of a deceased couple who are harassed by an unbearable family that has moved into their home, and hire a malicious spirit to drive them out. The film stars Alec Baldwin, Geena Davis, Winona Ryder, and Michael Keaton. Upon release, Beetlejuice make-up artists Ve Neill, Steve LaPorte, and Robert Short won the Academy Award for Best Makeup. Being recognized by the Academy just shows how vital the design of the characters in Beetlejuice was to its success.

With the spooky season upon us, there’s no better way to kick it off than with the “ghost with the most” himself. Beetlejuice is peak Tim Burton, the flick oozes his iconic expressionistic style and is loaded with wonderfully bizarre set pieces, props, and of course characters. So we turned on the juice, we saw what shook loose, and rounded up the ten best Beetlejuice background characters. It’s showtime!

“May we continue with the ceremony?”

Performed by Tony Cox and voiced by Jack Angel, The Preacher or The Minister’s design is striking in the already-chaotic climax of the film. He’s only visible in a handful of shots but still makes an unsettling impression with his slow delivery of the wedding proceedings.

This little devil sets the whole story into motion. Eagle-eyed viewers can spot him crossing the street as Adam and Barbara head to town, and again moments before the Volvo crashes into the river in the establishing shot of the bridge. Innocent, or deviant? The jury’s out but he’s got a certain look in his eye as he jumps off the plank…

On their way to meet Juno, the Maitlands briefly meet a Netherworld custodian played by Simmy Bow. Striking in that he’s clearly a fellow ghost, but he’s much more human than the exaggerated caricatures in the waiting room.

Ferndock is one of many dead folks waiting for their appointments, most of which cleverly wear their mode of death on their sleeve. In Ferndock’s case, he suffocated on a chicken bone. At least his bib kept his shirt clean.

Another patient ghost in the waiting room, this guy’s ready to go snorkeling. He took the shark with him, so silver linings. He’ll save a ton on oxygen tanks, too.

The Smoking Man is the living (not really) embodiment of why you should never smoke in bed. Some very clever puppetry and makeup design make his brief appearance stand out. Hey, we warned you the waiting room was full of clever ghouls.

The quick gag with the fly is an amazing sequence with the miniatures and a slick shoutout to one of Burton’s idols Vincent Price.

“Coach, I don’t think we survived that crash…”

The football team makes a couple of appearances throughout the film. First coping with their untimely demise in Juno’s office, then again as they show their dance moves with Lydia at the finale. They’re a fun visual, and a great callback – striking enough to make it onto the original poster!

“You do that? Very nice work.”

One of the most iconic characters in the movie, a man of very few words is the Shrunken Head Guy. He’s one of the only characters to make an appearance in the animated series and the Broadway musical. Originally tagged by Kenner as “Harry The Haunted Hunter”, these days he’s just affectionately called “Shrunken Head Guy”. His Burton-esque eyes and silly and macabre appearance make him an instant classic.

“He got hair right down to his goddamn shoulders… he said ‘Just, just… trim it a little”

The neighbor of the Maitland’s hardware store greets Adam as he grabs supplies for the town model, and updates him on the goings-on while he’s away on vacation. Bill paints a picture of sleepy Connecticut, his dry story makes Adam look exciting, let alone the wild ghouls the Maitlands will meet later on.

We’ve Come For Your Daughter, Chuck

These guys don’t move the plot along, but their quirks and designs paint a contrast between the mundane Winter River and the macabre Netherworld. Despite only a few moments on screen, they each leave a lasting impression and flesh out the world of Beetlejuice. Who is your favorite background character from Beetlejuice? Who did we forget that should have made the list? Let us know on social media!