Born In A Coop: The 10 Best Buckethead Songs

Brian Carroll, popularly known as 'Buckethead', is an experimental guitar player from California. He has an extensive solo career and has also played with bands such as Praxis, Cornbugs, Deli Creeps, and Guns N' Roses. He has also performed under the names Cobra Strike, and Death Cube K. 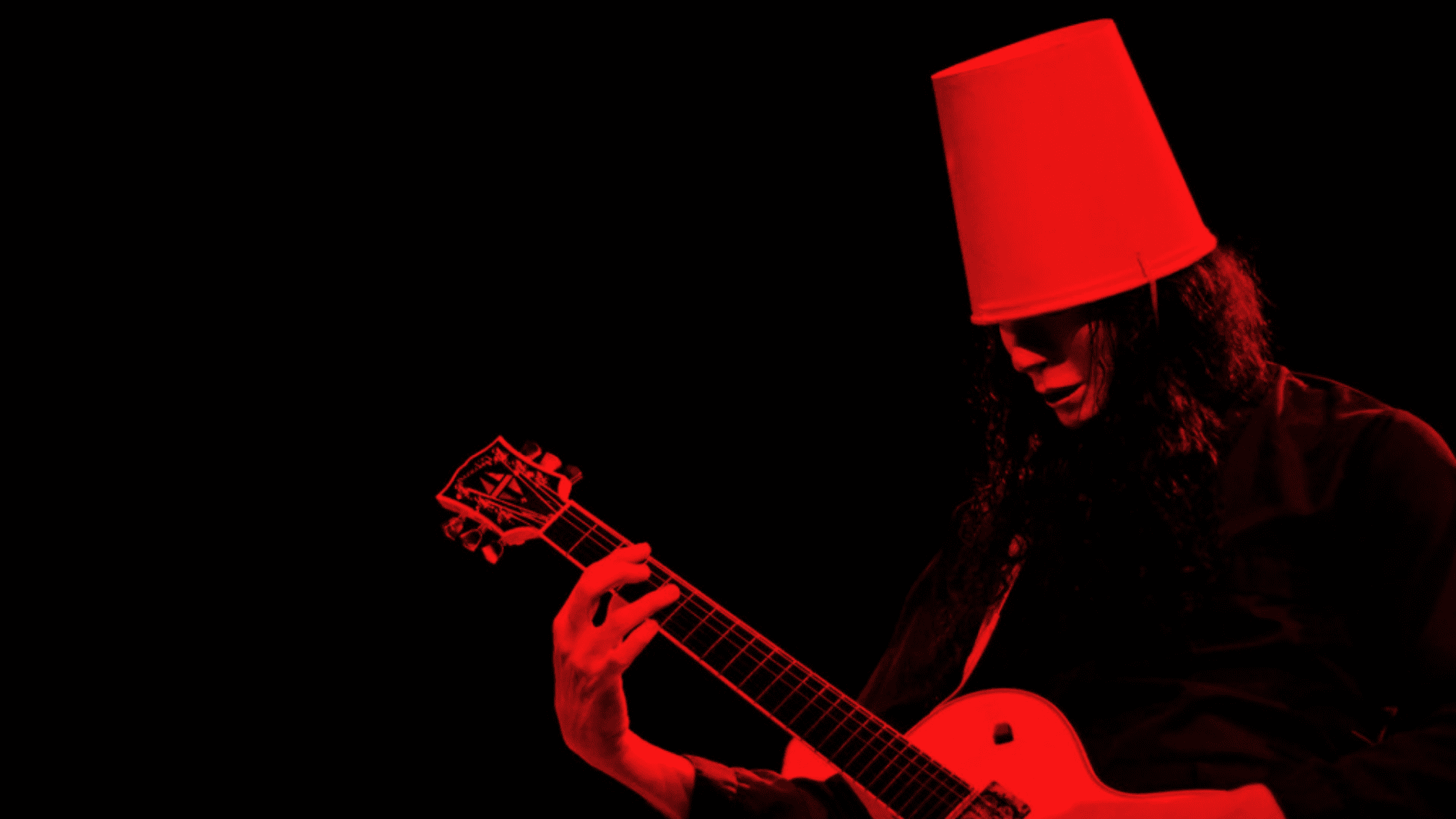 Brian Carroll, popularly known as ‘Buckethead‘, is an experimental guitar player from California. He has an extensive solo career and has also played with bands such as Praxis, Cornbugs, Deli Creeps, and Guns N’ Roses. He has also performed under the names Cobra Strike, and Death Cube K.

Buckethead currently has over 300 albums under his belt and continues to be a creative force in guitar playing, heavy metal, and experimental music.

As a character, Buckethead wears a white mask and a KFC bucket on his head. Though the backstory of this character has changed over the years, the basic lore goes like this:

Buckethead is the illegitimate son of a preacher and was disowned due to the shame his father faced by society. A young Buckethead was forced to live in a chicken coop and only had the chickens to keep him company. He does not talk, and instead uses instruments to get his feelings across. He wears a KFC bucket on his head to pay respects to all of his chicken friends that have been slaughtered.

RELATED: Remember The Time Buckethead Was In A Snoop Dogg Video?

Most of this information comes from the song “The Ballad of Buckethead” created by Buckethead and Les Claypool of the band Primus. This track can be found on Buckethead’s 1999 album Monsters and Robots.

It was very difficult to come up with a top 10 songs for Buckethead. There are so many great songs and way too many albums to cover. We came up with this list that combines Buckethead’s most popular songs, along with a few of our personal favorites.

That said, here is our list of the top 10 best Buckethead songs. We hope you enjoy it!

Siege Engine is a popular track off of Buckethead’s 24th album Albino Slug.

6. The Shape Vs Buckethead

The Shape Vs Buckethead comes from Buckethead’s famous album Monsters and Robots. This track, like many other Buckethead tracks, features a performance from legendary musician Bootsy Collins. This is one of Buckethead’s creepier tracks and definitely takes you on a ride as he attempts to fight The Shape.

Welcome To Bucketheadland is a popular song from Buckethead’s 1994 album Giant Robot. This is one of Buckethead’s catchier tunes and has been a fan-favorite song for the last 20 years.

King James, another track off of Crime Slunk Scene, is another popular Buckethead. This song also has Buckethead using his guitar’s infamous kill switch, similar to his popular song Jordan.

Nottingham Lace was created for the album Enter The Chicken. This album was released on Serjical Strike, a record label created by System of a Down’s Serj Tankian.

Whitewash, off of the album Colma, is another chill Buckethead fan-favorite. Buckethead wrote this song, along with the rest of the Colma album, for is mother to listen to while recovering from colon cancer.

Soothsayer, off of the album Crime Slunk Scene, is Buckethead’s most popular song. Dedicated to his aunt, Soothsayer is a calm and beautiful ballad that ramps up the longer is goes on.

What Do You Think Are The Best Buckethead Songs?

We hope you enjoyed our list of the best Buckethead songs. Were there any that we missed? Let us know on social media!