Want to start watching Godzilla but don't know where to begin? Here's how! 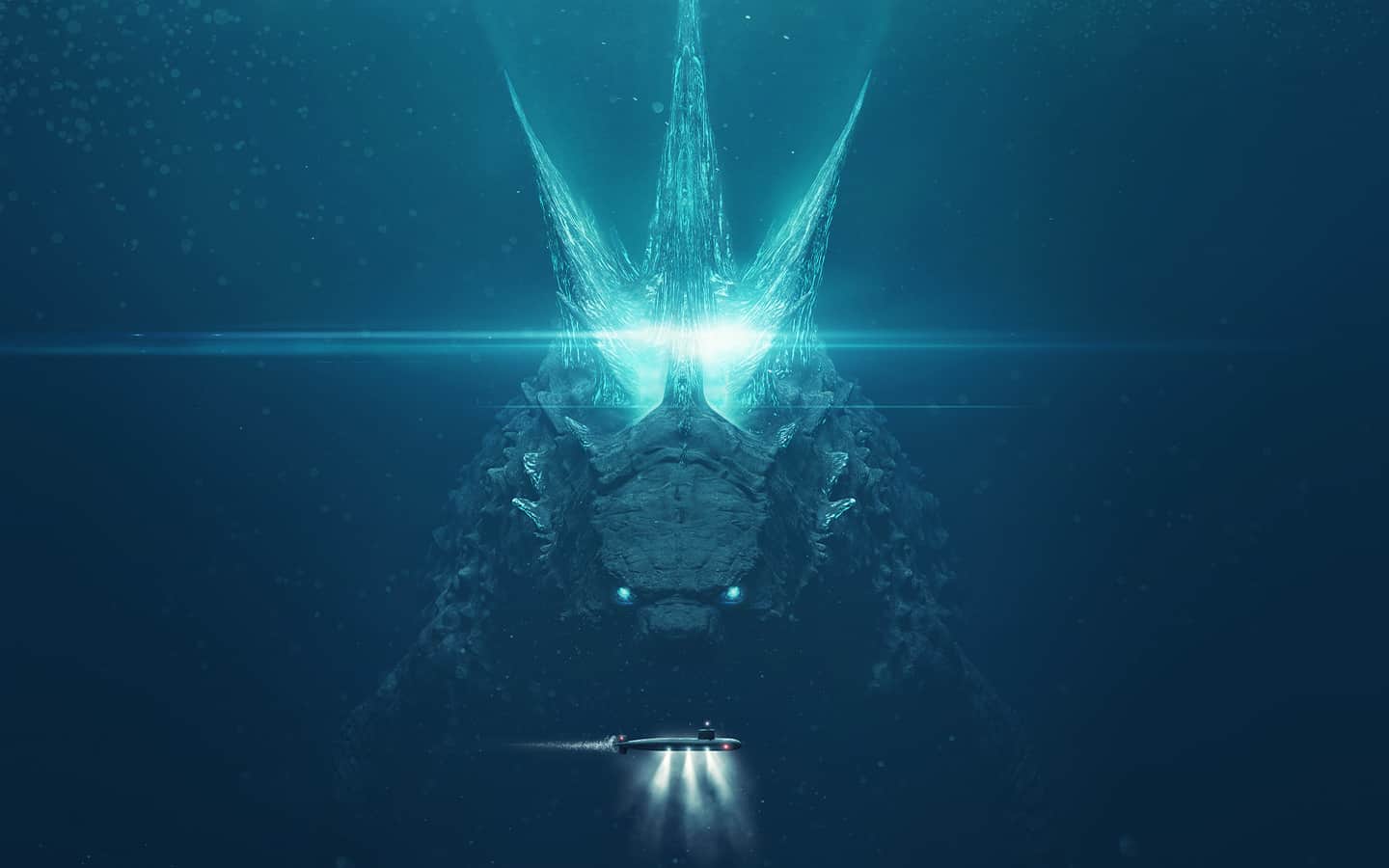 Want to start watching Godzilla but don’t know where to begin? Here’s how!

Another year and another anniversary for the king of the monsters himself: Godzilla. With many upcoming Godzilla projects on the horizon such as Legendary’s Godzilla vs. Kong and Netflix’s upcoming anime series Godzilla: Singular Point, it is a very exciting time to be a Godzilla fan! But with a franchise that is now 66 years old, it’s understandable for newcomers how daunting the series has become. Which films do you start with? Why are there so many timelines? What are the different eras of Godzilla films?

Well, to make things easy for kaiju newbies, here is a list of some easy films to watch to get into the franchise! While there are some films that one can say are “better” in quality, some of the more stellar films may be too dense for those just getting into the franchise.

Films such as Shin Godzilla, Godzilla vs. Biollante, and Godzilla, Mothra, and King Ghidorah: Giant Monsters All-Out Attack are maybe some of the absolute best films in the franchise, but some may be turned off by their denser narratives. The point of this guide is to recommend films that are easier to enjoy for those not used to some of the more unique conventions of the Kaiju and Tokusatsu genre. Let’s kick things off with…

It would be almost criminal to not have the original 1954 masterpiece Gojira. The film that started it all, Ishirō Honda’s classic not only sets up many of the tropes for the franchise and genre but ever since its debut it has become one of the most essential Japanese films alongside films like Seven Samurai and Spirited Away. The actual story is rather simple with Godzilla awakening after being exposed to nuclear testing to wreak havoc across Japan.

However, what elevates Gojira (primarily the Japanese version and not the 1956 US cut Godzilla, King of the Monsters) above most monster movies from the 1950s is how it treats the premise 100% seriously and has very strong allegories of very recent at the time nuclear horrors the Japanese experienced at the end of WWII. All the human characters are well defined and engaging, the score from Akira Ifukube is beyond iconic, and Godzilla himself is almost terrifying at times. It’s a haunting film and is by far essential for those getting into Godzilla.

Along with the big guy himself, one of the most iconic Japanese monsters is the Goddess of Peace herself, Mothra! Released in 1964 and also directed by Ishirō Honda, Mothra vs. Godzilla would be the first time the two kaiju would clash and it’s a very great watch! While the film does peter out in the last few minutes for many, it’s hard to ignore the film’s strong cast of likable characters, its themes of the dangers of greed, and one of the best fights of the Showa era of Godzilla films (which was 1954 – 1975). Easily a must-watch for those who love the giant moth!

What is essentially the Avengers: Endgame of the Godzilla series, 1968’s Destroy All Monsters was meant to be the final film in the Godzilla series (which is very ironic). As such Toho brought back the “fathers of Godzilla” producer Tomoyuki Tanaka, director Ishirō Honda again, special effects master Eiji Tsuburaya, composer Akira Ifukube, and suit actor Haruo Nakajima for a final monster brawl to end all monster brawls. Starring eleven of Toho’s classic kaiju such as Godzilla (obviously), Mothra, Rodan, King Ghidorah, Minilla, and Anguirius among many others, the film is essential to get to know so many other monsters across the franchise.

But what works about this film compared to other big crossover films is you don’t need to watch the other films to see this one! All you need to know is aliens are invading, they’re controlling Earth’s monsters, and our human heroes have to stop them. In this era of cinematic universes, it’s nice to see a crossover that doesn’t make it mandatory to watch the other films in the series.

In the late 1970s, the Godzilla series was running out of steam, and as such Toho put the Big G to rest for almost a decade. But in 1984 Toho pulled a Halloween 2018 by making a direct sequel to the original series while ignoring all previous entries that came before. In the first in what is known as the Heisei era (1984 – 1995), The Return of Godzilla brings Godzilla back to his darker roots but updating him into the nuclear fears of the Cold War.

While the film only has Godzilla having a solo rampage, the much larger budget and more lavish effects make this one of the slicker Godzilla films! Plus it’s back to basics approach to Godzilla makes it very digestible for newcomers.

Due to a time travel narrative, we get to see how the Heisei incarnation of Godzilla is created with one of the most poignant human plots in the franchise. Also, it features not only King Ghidorah but Mecha-King Ghidorah! Sold you now right?

After the failure that was the first attempt of an American Godzilla film with 1998’s Godzilla, Toho immediately made a new Godzilla film (which was intended to end in 1995 with the release Godzilla vs. Destorayah) with another reboot with 1999’s Godzilla 2000. The first film in the anthology-esque Millenium era (1999 – 2004), Godzilla 2000 is one of the best jumping-on points for newcomers as in a way it encompasses all facets of Godzilla as a character.

In the film, he’s a destroyer, an anti-hero, and a savior as he fights against both humanity and then the alien monster Orga (one of the most underrated monsters in the series) so you get all flavors of Godzilla in one film. It’s is also recommended to watch the US cut as it is one of the few times a US version of a Godzilla film is superior as it helps the film’s tone and pacing.

You must be wondering why there are two films as one entry in the list, well it’s mostly because these films are essentially a two-part story. It also features another one of Godzilla’s most iconic enemies with the mechanical doppelganger Mechagodzilla. Godzilla Against Mechagodzilla and Godzilla Tokyo SOS is part of what fans call the “Kiryu Duolgy” within the Millenium era as the films follow the story of the Millenium Mechagodzilla aka Kiryu. Tying heavily with the 1954 film as Kiryu is a cyborg made from the remains of the original 1954 Godzilla to battle against his modern counterpart. Easily some of the best monster brawls in the Millenium era with Mothra joining the conflict in the second part!

The newest Godzilla film as of the writing of this list, Godzilla: King of the Monsters is probably the easiest film for newcomers as it’s probably the most “mainstream” film to feature some of the franchise’s most iconic monsters. Despite being a sequel to Gareth Edward’s Godzilla (2014) film, this film from Trick ‘r’ Treat and Krampus director Michael Doughtery surprisingly holds its own pretty well.

Despite being a divisive entry for those deep within the Godzilla fandom, King of the Monsters is a very fun blockbuster version of Godzilla, Mothra, Rodan, and King Ghidorah that treats these characters with respect. The film helps bridge those used to more western films with the Japanese classics that inspired it.

As the franchise continues to live on in the modern era, Godzilla as both a character and franchise endured for so long as he means something different to everyone. From being an allegory of nuclear horror to the savior of the planet Earth, Godzilla is on par with characters like Batman and Superman. He’s a pillar of modern pop culture and as the series is now 66 years old, here’s to another 66 years Big G!