Scream Till You Laugh: 10 Of The Best Horror Comedies

You're gonna die of laughter! 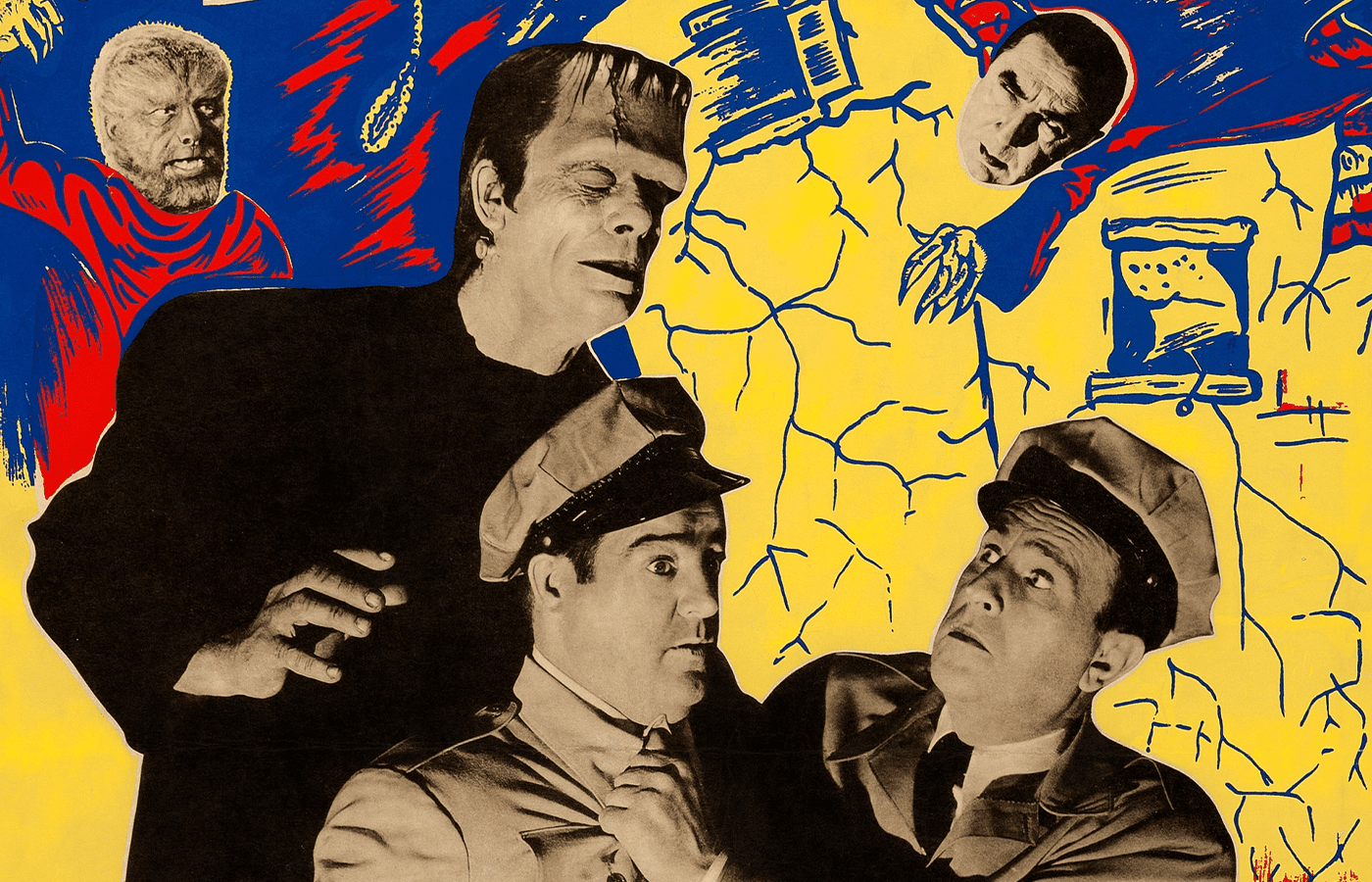 The appeal of horror movies has often been compared to that of riding roller coasters. You get the thrill of being scared, only to find yourself safely back on the ground only a few moments later. With roller coasters, no matter how scared we are, we always laugh during them, don’t we? Something similar happens in horror movies, especially in that subgenre of horror-comedies that lean into the joy of being scared.

These are films that go for the laugh while trying to spook you, making for some of the most satisfying cinematic experiences for genre fans. In this carefully compiled list of lunacy and laughs, you’ll find some of the finest frightful funnies ever put on celluloid. These films will leave your stomach in stitches as you go to sleep with the lights on for a week!

The first film on this list also happens to be the last film on a previous list of mine, ranking the very best 1940s horror. Horror fans will have no trouble seeing why Abbott and Costello Meet Frankenstein warrants inclusion. As a monster kid growing up, there was perhaps no film I looked forward to seeing as much as Bud and Lou’s terrifying, tickling trip into the world of Dracula, the Wolf Man, and the Frankenstein Monster.

Less a parody (like Scream or Scary Movie), Abbott and Costello Meet Frankenstein is more of a tribute to cinema’s greatest monsters, who were soon going out to pasture. The scares we love and expect from these ghouls are all there, but they’re made fresh by the comedic timing of the hilarious title duo. They simper and scamper away from the macabre situations, they find themselves in ridiculous fashion, reacting to the Universal Monsters with the same gleeful horror one might do being chased in a haunted house during Halloween season. It’s a perfect blend of each genre’s strengths, something many subsequent horror-comedies always seemed to struggle with. Abbott and Costello Meet Frankenstein sets the bar high for frightful fun, indeed!

I almost went with A Bucket of Blood for this spot, another Roger Corman picture that is celebrated for its humor, and while I love that film for its sardonic satire, I find Little Shop of Horrors (1960) far funnier in an outright sense. It’s an inexplicably strange film, populated by even stranger characters who exist for the sole purpose of making viewers laugh. I mean, we have Jack Nicholson as a masochistic dental patient and Dick Miller as a flower chomping florist customer—these are inexplicably strange characters who are really damn funny!

The entire cast of characters is tailored made for a film that boasts one of the funnier plots of mid-century genre films. The budget is low; the cast knows their jobs, and Roger Corman is behind the camera making sure everything comes together into one hot mess. It’s brilliant and will always put a smile on your face.

Like Little Shop of Horrors, Frankenhooker has a ridiculous plot with ridiculous characters, and then some. It’s an absolutely bonkers film that consistently leaves me confused every time I watch it. Why are the people in “Dr.” Jefferey Franken’s life no-selling the fact that he’s actively taking part in mad scientist-ry? Why is Franken’s mother proud of his son for keeping an eye-balled brain in an aquarium? Why does this mad scientist from Jersey drill into his own head for ideas?

Director Frank Henenlotter says it’s simply because these things are funny. What’s perfect about Frankenhooker is how it’s fairly strong gross-out special effects play into the fun. Watching limbs roll in Frankenhooker is more like watching a sequence in a cartoon, which is why the film continues to enjoy a sizable cult following.

Moving from one Frankenstein homage to another—we have Re-Animator. The tale of Frankenstein seems ripe for humor. Director James Whale certainly added comedic flair to his two outings with the Monster, especially in Bride of Frankenstein, so it would seem apropos for filmmakers to try their hand at doing the same with a story of mad scientists and the dead come back to life.

I recently re-watched Re-Animator with friends who had never seen it and found that so much of this film still works. The over-the-top performance by Jeffery Combs still delivers on the camp and fun, and the slapstick appropriately hits. Deformed reanimated cat corpses being flung against the wall with a sick thud? Gold! It’s like watching Looney Tunes if Bugs and Daffy were allowed to rip each other apart.

Night of the Creeps

Like Abbott and Costello Meet Frankenstein, Fred Dekker’s directorial debut Night of the Creeps is less a parody and a more loving homage to its subject, in this case, the era of 1950s sci-fi/horror creature feature cheapies. What’s most impressive about Night of the Creeps is writer/director Fred Dekker’s incredibly well-rounded and balanced script, which never sacrifices the horror for the comedy or vice versa.

This is a genre mashup that doesn’t skimp on the gut-busting gore or the gut-busting humor that sees alien-controlled shambling zombie corpses descend upon college students (of course) whose only hope is Tom Atkins (in one of his best roles) as an archetypal B-Movie hero who seems plucked straight from one of Dekker’s beloved 50s drive-in shock-o-ramas. Thrill me!

80s genre film was wealthy with nostalgia for 50s horror and sci-fi-like Night of the Creeps, but perhaps the most famous of these nostalgic productions is Creepshow, a zany masterpiece behind which are masters of horror Stephen King and George A. Romero, who bring their love of EC Comics to the screen. One part of the appeal of the EC Comics, other than the gruesome gore, is the black humor prevalent in all the company’s titles, but especially in their horror titles like Tales from the Crypt. Like those comics, King and Romero find humor in the horror.

Creepshow’s humor is not added to color the horror and nostalgia, like it is in Night of the Creeps, but is presented as innate in the plots (as they are in the EC Comics). This is probably best illustrated in the segment The Lonesome Death of Jordy Verrill, Stephen King’s starring role, which leaves viewers busting a gut as ol’ Jordy’s bumbling antics lead him into obvious danger. People are stupid, so of course, we wouldn’t survive if they dropped us into the horrible world of Creepshow.

Return of the Living Dead

Return of the Living Dead is a horror-comedy just as zany and self-aware as Creepshow is that ups the ante with perfect helpings of nudity, punk rock sleaze, and shambling corpses groaning out their desire for “braiiiins”. I think the absurdity of this film is best summed up by the scene in which Linnea Quigley randomly rips her clothes off in a cemetery at the prospect of being groped and grabbed by re-animated corpses, dancing for all her punk friends, all unaware of just how prophetic this strange fantasy really is. This film has developed such a strong cult following exactly for moments like these, continuing its legacy as one of the finest horror comedies of all time.

One Cut of the Dead

Return of the Living Dead is just one of the many horror comedies featuring zombies. The subgenre seems ripe for humor, maybe because of how ludicrous the idea of the dead walking the Earth again really is, and there is a rich history of filmmakers making use of this notion. In recent memory, filmmaker Shin’ichirō Ueda’s massively popular festival favorite One Cut of the Dead takes the fun of a zombie horror comedy and makes it more fresh and more fun than it has ever been.

Most people who have seen One Cut of the Dead love it dearly (as does yours truly) and will tell you to stick with it. The film takes its time telling us the true scope of its story, which makes the first act a touch awkward. However, once we get to the point, all becomes clear, and the film delivers big on the laughs as well as reveals it to have such an enormous heart. If you’re looking for a heartwarming, wholesome horror comedy to cleanse the palate, look no further than One Cut of the Dead.

There’s Nothing Out There

A list of horror comedies wouldn’t be complete without a deconstructing satire of the slasher subgenre. This brand of film blew up in the 90s and continues to delight horror fans. Scream is considered the agitator of this movement, but if you’ve seen Charlie Shakleton’s informative short Copycat, you’d know that there’s a strong possibility that There’s Nothing Out There, Rolfe Kanefsky’s subversive slasher parody made several years earlier has as much claim to that as Wes Craven’s blockbuster hit.

There are several similarities between Scream and There’s Nothing Out There, specifically how each offers a discourse on the rules of the slasher, poking fun at these tropes along the way. Each film also attempts to bring the slasher down to reality by populating the story with characters who are horror fans, confronted with a situation they know all too well from their countless murderous movie nights.

What sets There’s Nothing Out There apart from the subsequently released film that would be king of the satirical slashers is that it really goes for the throat of the subgenre. Without a doubt, there is a significant danger in Scream, even with its self-aware in-jokes and cute nods. The same cannot be said for There’s Nothing Out There. Like a true horror comedy parody, film director Kanefsky revels in showing us how stupid the over-bloated slasher is, how truly unscary it is after years of dilution. In this way, this film is less a deconstruction and more complete disembowelment of the subgenre, and it does so with glee.

Poultrygeist: Night of the Chicken Dead

Just look at that title. How could a movie with chicken zombies not be an all-time horror-comedy masterpiece?

But, Poultrygeist: Night of the Chicken Dead is so much more. To my knowledge, it’s cinema’s only zom-rom-com musical. That means zombie romantic comedy musical! Truly, there is nothing like Poultrygeist.

Directed by legendary exploitation filmmaker Lloyd Kaufman of Troma Studios, Poultrygeist is the tender story of a boy and a girl—and corrupt fast food mega-conglomerates run by racists and the spirits of Native Americans and Chickens banding together to create the ultimate undead army.

In Troma fashion, there’s blood, guts, ooze, and plenty of boobs. It’s bat shit crazy, pridefully irreverent, and packs quite a bite as a satire of corporate control in America and inauthentic, bare minimum protesting, and does so all to some catchy tunes. I’ve often been called crazy for saying this, but not only is Poultrygeist the best horror-comedy of all time, but it is a picture-perfect film. Then again, perhaps I am crazy. I’ve heard people who enjoy Poultrygeist are. But we’re the ones having all the fun!

What’s your favorite horror-comedy film? Did it make our list? Maybe we missed it! Let us know on social media today.