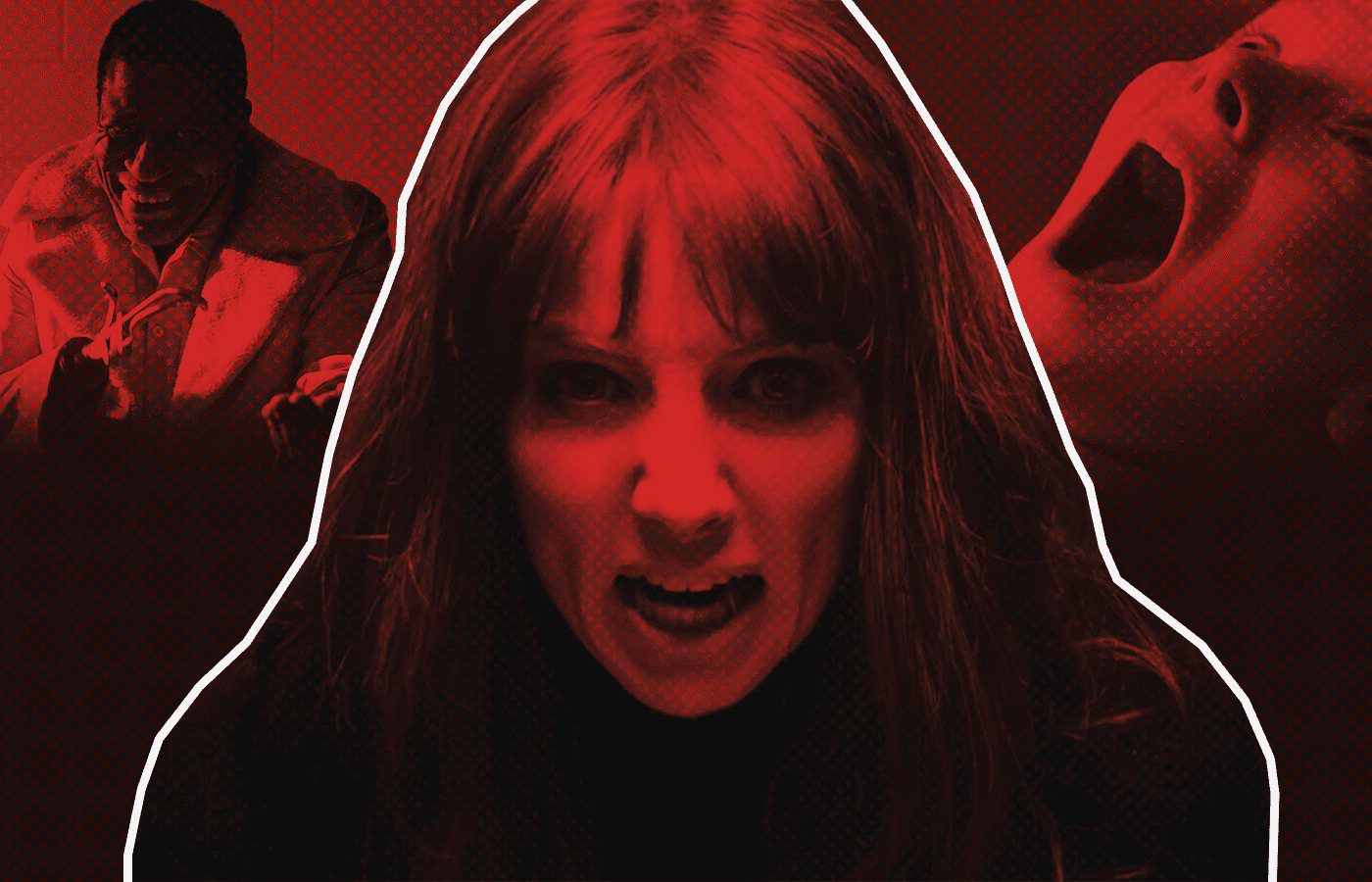 The Best Horror Movies of 2021

2021 was the nasty sequel to 2020. The over-the-top sequel nobody asked for. Thankfully we had this list of horror movies to help take us out of the horrifying reality of life. Though the last few years have been slow for new films in general, it hasn’t stopped the horror genre from experimenting in whole new ways. Here are our top ten horror films of 2021!

M. Night Shyamalan’s Old follows Mr. and Mrs. Cappa as they take their kids on a nice vacation to get their minds off of the pressing issue at hand – an inevitable divorce. They start with their fancy room, dinner and decide to be escorted to a private beach. The beach doesn’t turn out to be so private, in fact, there’s something lurking about that wasn’t invited. One of the more divisive films of this past year, no one can pack so many ideas into a 108-minute picture quite like the Shyamalan.

James Wan’s Malignant follows our protagonist Madison, who envisions horrific murders. She experiences them during an unconscious state and she fears that she is a part of it somehow. After a swift incident ends her relationship with her boyfriend, she soon goes through a tragedy that is just the start of something years in the making. Malignant threw everyone off guard in one of the most bizarre ways. Taking notes from classic Italian Giallo crime thrillers and Frank Henenlotter’s Basket Case, Malignant was a must for our best horror movies of the year.

Josh Reuben’s Werewolves Within is a small-town whodunnit that includes the perfect amount of werewolves and comedy. This adaptation of the original video game will have you reaching for your snowshoes and not trusting anyone around you. “A whodunnit with teeth” some call it.

Steven Kostanski‘s Psycho Goreman follows a brother-sister duo who turns into a feisty trio upon an accidental meeting of an alien who is in a horribly bad mood. The film feels like a sci-fi Goosebumps episode meets Power Rangers with gory practical effects and we mean that in the best way.

Scott Cooper’s Antlers is a film adaptation of Nick Antosca’s short story, The Quiet Boy. A teacher becomes suspicious of a young student’s home life and becomes involved while having no idea that he’s hiding more than abuse. Possibly some of the most gnarly creature designs of 2021, Antlers besides falling into some horror movie tropes builds dread like nobody’s business.

Rose Glass’ Saint Maud follows a reclusive young nurse whose impressionable demeanor causes her to pursue a pious path of Christian devotion after an obscure trauma. Now charged with the hospice care of Amanda, a retired dancer ravaged by cancer, Maud’s fervent faith quickly inspires an obsessive conviction that she must save her ward’s soul from eternal damnation, whatever the cost. Saint Maud is a horrific religious horror flick that will leave you wincing for what’s to come.

Nia DaCosta’s Candyman is a sequel to the original franchise but could have easily just been called ‘Candyman 2’. Nia DaCosta fits the current social and political climate into Candyman in one of the most flawless of ways. The film’s message sounds loud and clear while keeping it fresh. DaCosta keeps the film franchise strong through brilliant cinematography, scoring, brutality, and tragic storytelling.

Edgar Wright’s Last Night in Soho follows Ellie Turner who is embarking on a journey of fashion and life in London, England. Ellie begins having very realistic dreams in the body of another woman. She starts seeing the hellish life the other woman leads and it takes a toll on the both of them. With a phenomenal first act, Last Night in Soho is Edgar Wright giving his most maximalist approach to a film to date.

Julia Ducournau’s Titane follows a woman who, after being injured in a car accident as a child, has a titanium plate fitted into her head. But it is so much more. Titane is the darkhorse nobody saw coming and for the squeamish in the audience, we recommend sitting this one out.

Perhaps our favorite horror film of 2021 has to be Prano Bailey-Bond’s Censor. The film follows a British film censor during the height of the video nasty era who links a disturbing horror movie to her sister’s mysterious disappearance. Censor is a meditation on grief and trauma through stunning imagery and a killer soundtrack. It was also a silent hard hitter that no one could have anticipated! This is what makes Censor one of the best horror movies of 2021.

What Do You Think Are The Best Horror Movies of 2021?

Did your favorite horror movie of last year make our list, or did we miss it? Let us know on social media today!