The 18 Funniest Kevin Quotes From The Office

The trick is to undercook the onions. 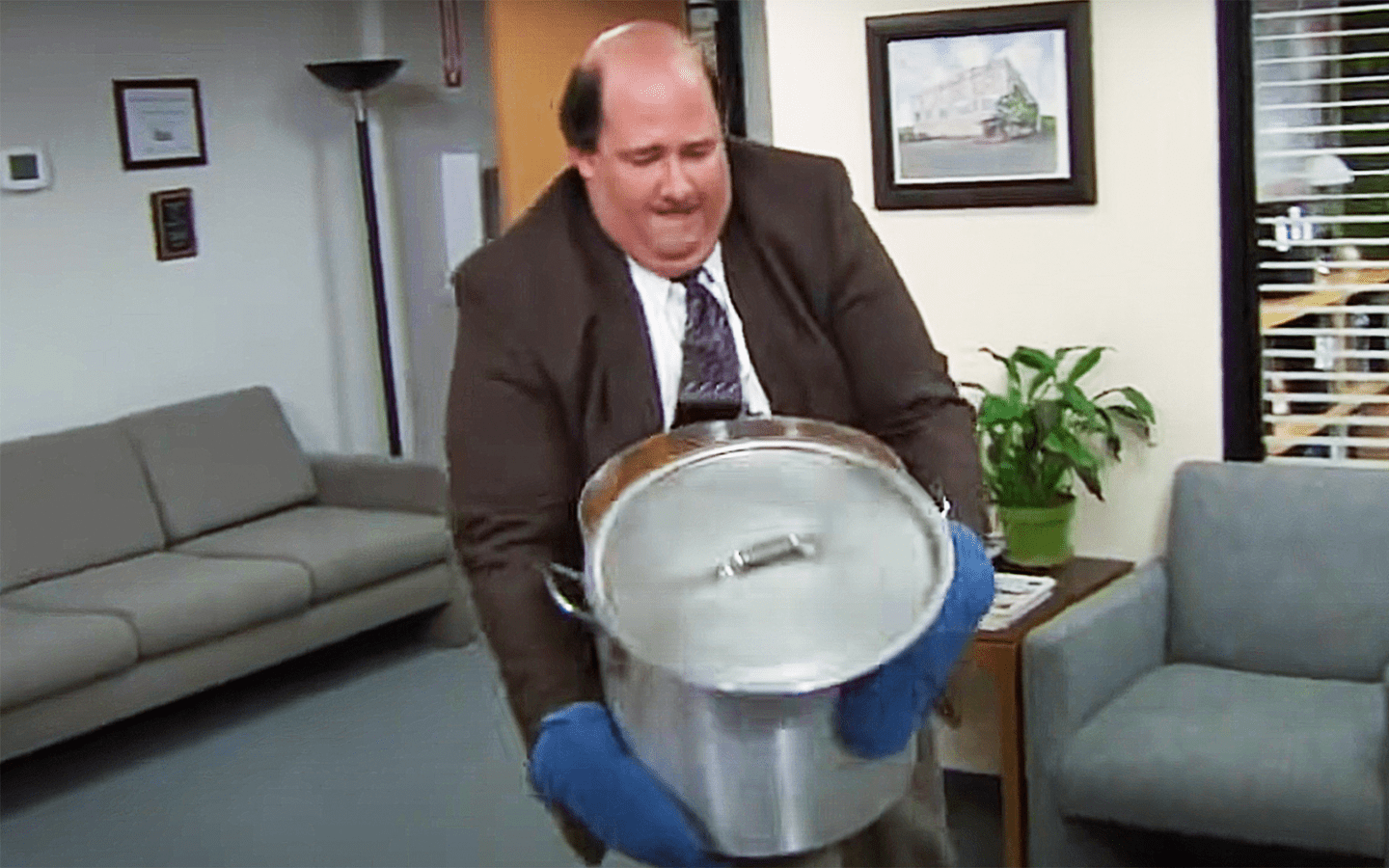 Kevin Malone, our favorite accounting oaf from The Office. Sometimes Kevin is a downright genius. However, most of the time he is making the word day harder through his incompetence. I don’t know why Jim Halpert gets the reputation of being the lovable slacker. Kevin definitely gets our vote!

Today we want to go over our favorite Kevin Malone quotes from The Office. If we missed any of your favorite quotes, let us know on social media. Enjoy!

“At least once a year I like to bring in some of my ‘Kevin’s Famous Chili’. The trick is to undercook the onions. Everybody is going to get to know each other in the pot. I’m serious about this stuff. I’m up the night before pressing garlic and dicing whole tomatoes. I toast my own ancho chilis. It’s a recipe passed down from Malones for generations. It’s probably the thing I do best.” – Kevin Malone

“I just want to like on the beach and eat hot dogs. That’s all I’ve ever wanted.” – Kevin Malone

“I do deserve a vacation. Sometimes Batman’s gotta take off his cape.” – Kevin Malone

“I wanna be wined, and dined, and sixty-nine’d…metaphorically sixty-nined, ew, perverts!” – Kevin Malone

RELATED: The 19 Craziest Creed Bratton Quotes From The Office

“I have very little patience for stupidity.” – Kevin Malone

(About The Office Thermostat) “I always set it to 69.” – Kevin Malone

“My nickname in high school used to be Kool-Aid Man.” – Kevin Malone

“What an awesome party! The best wedding I’ve ever been to. I got six numbers. One more would have been a complete telephone number.” – Kevin Malone

What Are Your Favorite Kevin Quotes From The Office?

We hope you enjoyed the list of our favorite Kevin Malone quotes from The Office! Did we miss any of your favorites? Let us know on social media!