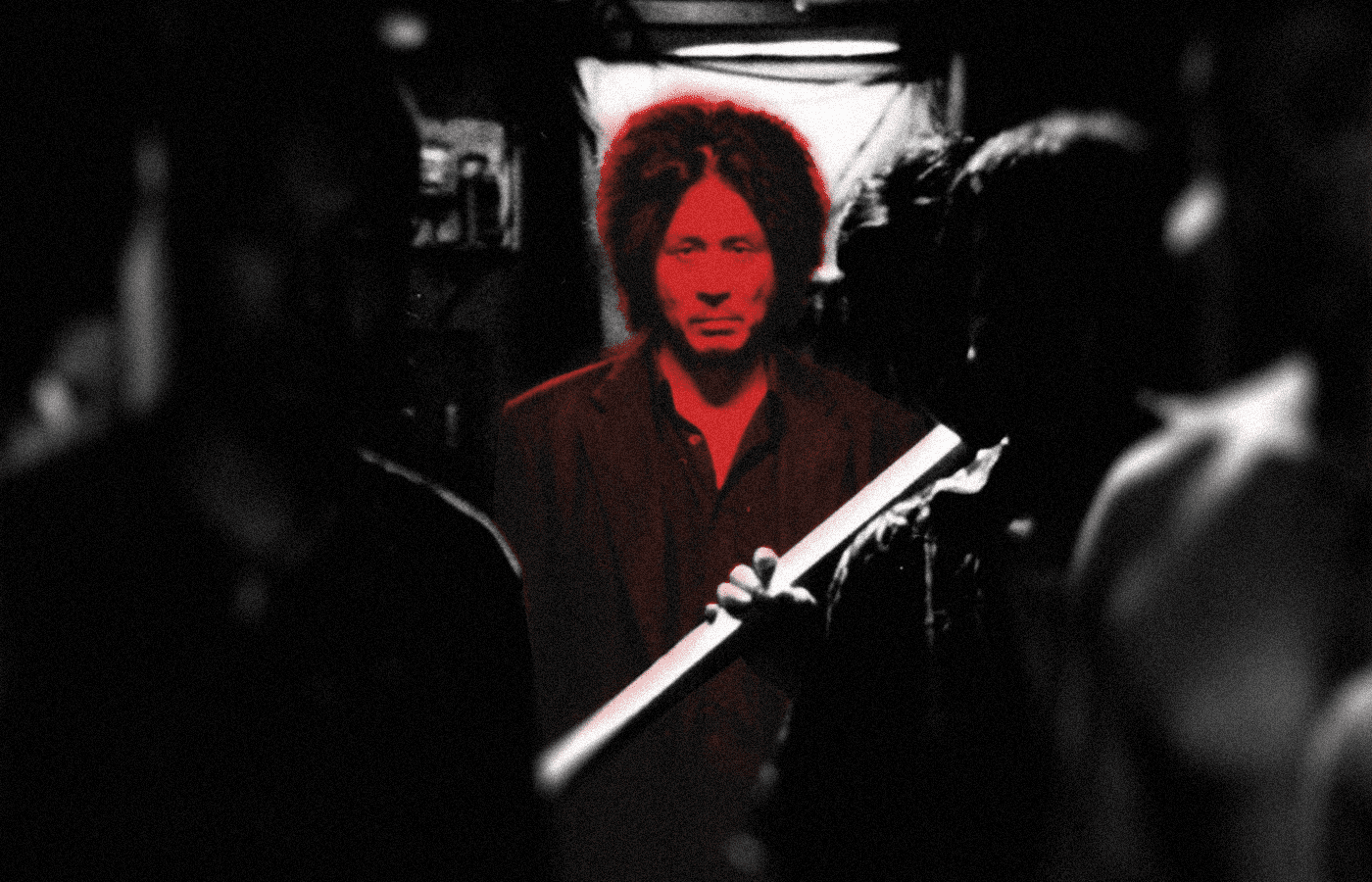 Since the dawn of the horror movie genre, audiences around the world have had a chance to see what terrifies people from other countries. Gojira exemplified Japan’s fear of nuclear warfare, The Cabinet of Doctor Caligari expressed Germany’s frustration with tyrannical rulers, and Invasion of the Body Snatchers embodied America’s attitude towards the ‘Red Scare’. Horror films tend to encapsulate the fears and anxieties of the time they were created in. It’s an interesting way to visually represent another world’s real-life terror. Today we wanted to look at the variety of horror films that Korea has to offer.

An abundance of Korea’s horror movies embody political strife, random acts of violence, and being haunted by the past. Known in film communities across the world for their thrillers, Korea also features an incredible filmography of horror movies. Korean horror movies tend to emphasize dread while choreographing violence like an art form. It’s visceral while remaining visually dynamic. From giant monsters to vengeful spirits, this list will have it all. Grab your popcorn or (peanut butter grilled squid) as we go over our favorite Korean horror movies.

The Host is directed and written by Academy Award winner Bong Joon-ho. The film stars Song Kang-ho, Byun Hee-bong, Park Hae-il, and Bae Doona. It was distributed by Showbox Entertainment. The Host follows South Korea after America pollutes the Han River, when a monster rises from the waters a family must confront the monster after it takes their daughter.

The Host is a biting political satire and perhaps one of Bong Joon-ho’s most important films. With one of the most unique monsters ever put to film, you’ll anticipate where the movie goes next. This film was a major release for South Korean audiences and it’s easy to see why. It’s very easy to get lost in the subtext of The Host, be sure to check out our retrospective of the film here.

Gonjiam: Haunted Asylum is written and directed by Jung Bum-shik. The film was produced by Kim Won-kuk and distributed by Showbox. It starts Wi Ha-joon, Park Ji-hyun, Oh Ah-yeon, and Moon Ye-won. This film is a classic take on the haunted mental asylum-style horror movie. The film crew of a horror-based internet channel goes to an abandoned mental hospital to look for horrors inside its walls.

As an avid horror movie enthusiast, I’m proud to say that Gonjiam: Haunted Asylum scared the hell out of me. Its concept is familiar but its approach beats Paranormal Activity out of the water. The film plays with the medium of found footage by pushing it to its furthest corners while remaining as grounded in reality as possible. This is a film to watch at night with the lights off… and maybe with a few friends for extra measure.

The Wailing was written and directed by Na Hong-jin. It was produced by Suh Dong-hyun and Kim Ho-sung. The film stars Kwak Do-won, Hwang Jung-min, and Chun Woo-hee. There is a new person in town. There are also a plethora of killings that have been taking place. Is there a connection between the murders and this mysterious figure?

It’s hard to truly define what kind of film The Wailing is. It’s versatile when it comes to genre but for simplicity’s sake, it’s a damn fine horror flick. It’s a film about how people handle outside influence and the lengths we go to “protect” our homes. The Wailing demands multiple viewings, making it one of the very best Korean horror movies ever made.

I Saw The Devil was written by Park Hoon-jung and directed by Kim Jee-woon. The film stars Lee Byung-hun and Choi Min-sik. After his fiance is murdered, a secret agent finds the killer, tortures him, and lets him escape. Now the real hunt begins.

I Saw The Devil is a masterclass example of Korean horror. The cinematography is foreboding, the score atmospheric, and the intensity of key scenes cannot be beaten. I Saw The Devil is another addition to Korea’s love of revenge-thrillers but by no means does that entail the film’s predictability. I Saw The Devil locks you in from beginning to end.

Train To Busan is written by Park Joo-suk and directed by Yeon Sang-ho. It stars Gong Yoo, Jung Yu-mi, Ma Dong-seok, and Kim Su-an. When a zombie outbreak occurs on a train the passengers must survive the undead while trapped inside. Train to Busan stars Gong Yoo, Yu-mi Jung, and Ma Dong-seok.

Train to Busan is one of the most unique settings for a zombie film in recent years. Its focus on the relationship between the father and daughter truly elevates the material into something heartwarming. It’s a film about helping those around you and what it means to be selfless in times of need. Seok-woo must understand this for his daughter’s sake or die. Train to Busan has so much heart and it has become quickly one of the best Korean horror movies in recent years.

The Mimic is an intriguing, engaging, and heartfelt film riddled with deep pain from its characters. It’s an emotional and gripping picture that provides an extraordinary story. A must-watch on our list of the best Korean horror movies.

Directed and written by Soo-youn Lee, The Uninvited follows an engaged interior designer who sees two small girls on the subway train that die there. He sees them again in his apartment. A woman he meets can also see them. He talks to her about his forgotten childhood. The film stars Shin-yang Park, Jun Ji-hyun, and Seon Yu.

Despite its myriad of subplots, The Uninvited is a paced and deep psychological horror film. Its lack of gore, jump scares, and violence allows it to really hone the atmosphere and overall story. The Uninvited is a phenomenal watch and an underrated experience in the West.

Directed and written by Park Chan-wook, with additional writing by Seo-kyeong Jeong. Thirst follows a priest after a failed medical experiment who is stricken with vampirism. The film stars Song Kang-ho, Kim Ok-bin, and Hee-jin Choi.

Thirst feels like a callout to the early 2000s Twilight craze. It’s romantic, strange, sexual, and absolutely violent. The story is incredibly character-focused and it makes for an engaging ride all the way through. Once you get to the last act of the film… let’s just say we hope you brought a rain poncho and towel.

Directed by Park Chan-wook, Oldboy follows Oh Dae-Su follows after being kidnapped and imprisoned for fifteen years is released, only to find that he must find his captor in five days. The film stars Choi Min-sik, Yoo Ji-tae, and Kang Hye-jeong.

Oldboy is perhaps one of the most renowned films in Korea and in America. For a lot of American audiences, it introduced moviegoers to Korean cinema. Oldboy is truly a masterpiece of Korean cinema in so many ways. It’s intelligent, brutal, captivating, and engaging nearly twenty years later. If there’s any one film you walk away to watch from our list… it should be Oldboy.

Directed and written by Joo-hwan Kim, The Divine Fury follows an MMA fighter who helps an exorcist fight evil. The film stars Park Seo-joon, Sung-Ki Ahn, and Woo Do-hwan. The Divine Fury is an entertaining and heartfelt story regarding the ongoing war between good and evil. Its horror lies in its concept while the film also offers plenty of action.

Directed by Cheol-soo Jang and written by Kwang-young Choi, Bedevilled follows a woman subject to mental, physical, and sexual abuse on a remote island who seeks a way out. The film stars Yeong-hie Seo, Seong-won Ji, and Min-ho Hwang. Bedevilled is brooding, atmospheric, and another notch when it comes to Korea’s trend of revenge-thrillers. It features a very unexpected story that will leave you vexed and on edge. This is a film you need to see for yourself.

Directed by Jong-ho Huh and written by Heo-dam, Monstrum follows Yoon Gyeom a loyal subject of King Jung Jong of Joseon. He struggles to fight against a monster that threatens King Jung Jong’s life and a group of people trying to depose King Jung Jong. The film stars Myung-Min Kim, Kim In-kwon, and Hyeri Lee. If you want something a little less serious with some fun monstrous action, then Monstrum is the film for you. Monstrum will give giant monster fans something a little different than the typical stories from Japan. Definitely a noteworthy film for our list of best Korean horror movies.

Directed by Jae-yeon Yun and written by Soo-ah Kim, Shin-ae Lee, and Soyoung Lee, Wishing Stairs follows a staircase leading to the dormitory of a remote boarding school that usually has 28 stairs, but every so often there appears to be 29. When someone steps on the mysterious extra stair, the horror begins. Wishing Stairs follows Song Ji-Hyo, Han-byeol Park, and An Jo. Wishing Stairs is simple in its scares but plenty effective!

Directed by Lee Yong-ju and written by Je-yong Lee, Possessed follows Hee-jin’s younger sister So-jin, who is possessed by a spirit and then disappears. When the neighbors die one by one a secret underlying their deaths will be revealed. The film stars Shim Eun-kyung, Bo-yeon Kim, and Seo-hie ko. Sharing more elements of a thriller than a traditional horror film, Possessed still manages to terrify.

Pulgasari was directed by Shin Sang-ok and Chong Gon Jo. The film was written by Kim Se Ryun and stars Kenpachiro Satsuma, Chang Son Hui, Ham Gi Sop, and Jong-uk Ri. This is perhaps one of the most controversial films on our list. The director was abducted by North Korean leaders who wanted to make a monster movie that would rival Godzilla. It’s an interesting bit of true crime history accompanied by a pretty standard creature feature.

Forgotten was written and directed by Jang Hang-jun. The film stars Kang Ha-neul, Kim Mu-yeol, Moon Sung-keun, and Na Young-hee. After a man’s brother returns after being kidnapped, they begin to unravel the mystery of what happened in the first place. Forgotten is a masterclass in modern thrillers, leagues above so many other pictures coming out today. If you’re looking for a tense atmosphere, a compelling mystery, and an intelligent plot twist then Forgotten might be the film for you.

#Alive was written and directed by Cho Il-hyung. The film stars Yoo Ah-in and Park Shin-hye. A man locked himself inside after a zombie outbreak occurs. While he is trying to stay alive, he finds that there is another survivor in the apartment across the street. #Alive is entertaining, imaginative, and brutal – everything you could ever want in a zombie flick.

What Are Your Favorite Korean Horror Movies?

We hope you enjoyed our list of the best Korean horror movies. Did we miss any of your favorites? Let us know on social media!