Fold In The Cheese: The Funniest Moira Rose Quotes

The Rose of Schitt's Creek 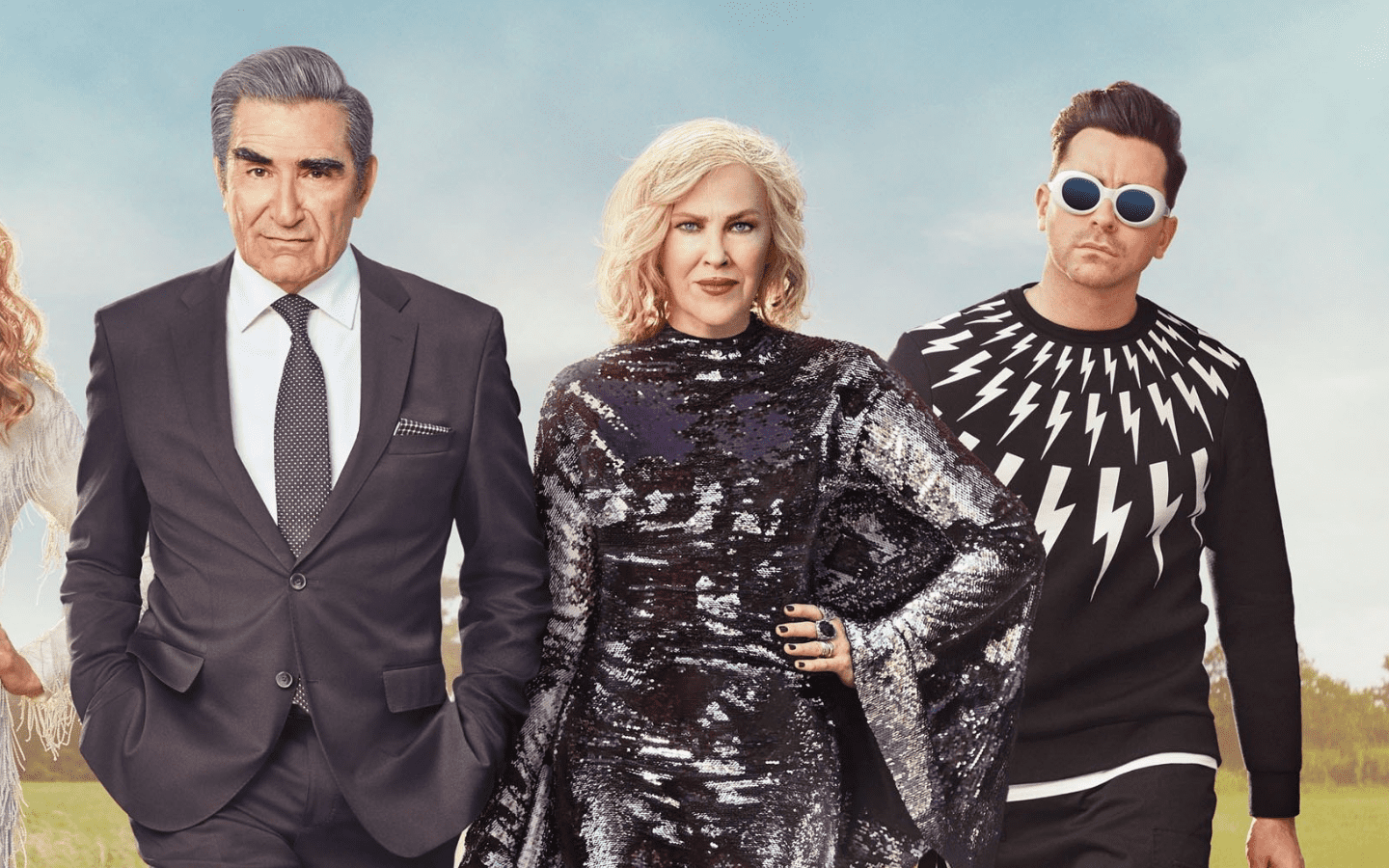 Some characters come out and will absolutely make the story about themselves if we let them. Moira Rose will not be derailed by our feeble attempts to let her be the queen of the story, whether it is her wardrobe, wig, incredible quotes, and/or a combination of all of it.

Moira is truly the Rose of Schitt’s Creek and whether you’re cooking, running a business, looking for romantic advice, or she’s speaking her piece, you can bet her quotes are iconic, baybay. Here are some of our favorite Moira Rose quotes.

RELATED: Scream Till You Laugh – 10 Of The Best Horror Comedies

“Through the slice of paradise, I like to call the town where I currently am.” – Moira Rose

“One of us has to stay safe for David! I’m just going to close this door until you die” – Moira Rose

“Oh David I’m not sure I’m in the mood to hear about another sexual exploit. I’m sorry, who is it this time?” – Moira Rose

“DON’T! No, Maureen doesn’t like to be manhandled!” – Moira Rose

Moira loved and was very protective of her wig collection.

Moira: Next step is to FOLD IN THE CHEESE!
David: What does that mean, what does fold in the cheese mean?
Moira: You fold it in.
David: I understand that but how, how do you fold it? Do you fold it in half like a piece of paper and drop it in pot or what do you do?
Moira: David, I cannot show you everything.
David: Okay, well can you show me one thing?
Moira: You just, here’s what you do, you just fold it in.
David: Okay, I don’t know how to fold BROKEN CHEESE like that.
Moira: And I don’t know how to be any CLEARER. You take that thing that’s in your hand and you.
David: If you say fold in, ONE more time.
Moira: IT SAYS FOLD IT IN!
David: This is your recipe. You fold in the cheese then!
Moira: David!! Oh good, now I see bubbles. David, what does burning smell like?

“Jocelyn, there are just some things that aren’t done. Smoking in a car with a baby, unless you crack a window, tipping before tax, mixing drinks with cola, and giving away a coat that doesn’t belong to you.” – Moira Rose

“I’m from London, I was one of two identical twins. Tragically I was snatched from my crib at birth by Russian Mobsters, they looked at my fair skin and my dazzling eyes and they said “We’ll make a pretty penny on that one on the human black market we will!” – Moira Rose

“What you did was impulsive, capricious, and melodramatic but it was also wrong.” – Moira Rose

Moira: Positively bedeviled with meetings et cetera.
David: What are you doing here?
Moira: You know what I’d love? A tea!
David: We don’t sell tea.
Patrick: You know, I was going to go make a run to the cafe, I could get you a tea if you want.
David: No that’s not necessary.
Moira: How serendipitous! Thank you Peter!
Patrick: Its Patrick. Anything else?
Moira: Nothing else for me thank you, just the scone.
Patrick: And then the tea?
Moira: Why not, thank you!

Moira: Did someone say fine dining? The Cafe Tropicale has certainly been described as fine. Oh hello, Twila! I’ll have the Miso Black Cod, please.
Twila: We don’t have that.
Moira: You mean you’re sold out is more like it.

“This wine is Aww-ful, get me another glass”- Moira Rose

Moira: I had my reservations about Winona.
David: Um, that’s the strawberry peach.
Moira: Oh dear it tastes like amoxicillin.

Moira: Ah wait, my baybay’s!
Roland Schitt: No your kids aren’t here.
Moira: My girls!
Roland: What girls?
Moira: My girls! Lorna, Second from the left. If she takes on smoke she’ll never recover.
Roland: Okay, Okay this one?
Moira: That’s Cindy Cindy Beloure, I just gave her a blow-out!

Johnny Rose: About a month ago I heard from the Lucy Albion Theater in Pasadena.
Moira: I don’t know what that is.
Johnny: It used to be called the Moira.
Moira: No.
Johnny: Rose.
Moira: No, Don’t say it! They’ve stripped the playhouse of my name! Who the fuck is Lucy Albion?
Johnny: The volunteer usher who died last year.

RELATED: Don’t You Forget About Me – 48 Best Breakfast Club Quotes

Moira: Who put a picture of a ghost on my desk?
Roland: I can’t believe you opened that!
Moira: It was on my desk.
Roland: That’s the sonogram of our baby!

Moira: And when it’s time to escape the hustle and bustle of the downtown core, you’ll find all the peace and solitude your body craves here at our local apothecary. No noisy customers or busy cash registers here to intrude upon your inner cogitations.
Patrick: It’s not usually this quiet.
Moira: Oh it’s always nice and quiet here.
David: Can you stop saying that.

“Alexis what have I told you about putting your body on the internet? NEVER! Never without proper lighting” – Moira Rose

Patrick: I’m sensing you might be a little bit distracted but unfortunately there is a time limit on us to getting out of here
Moira: Haha, I used to share your philosophic optimism dear. No, the reality is we’re never getting out of here

“Don’t be a dew dropper, throw some concealer under those peepers, make like a swell, and go put on the ritz” – Moira Rose

Moira: That’s enough gossip for today Twila. No, I’m not comfortable discussing the intimate details of Alexis’s private life with her not present.
Twila: Oh, I…I wasn’t gossiping. It was just that you brought it up. So I just wanted to clarify it was.
Moira: Gossip is the Devil’s telephone, I best you just hang up

David: You were supposed to be at lunch. Why are you not at lunch?
Moira: David, stop acting like a disgruntled pelican

Moira: I’ve been calling David and he’s not picking up!
Johnny: What about Alexis?
Moira: There’s an idea! Anybody have her number?

Moira: Would it kill someone to plant a few peonies?
Johnny: I have a feeling if you want peonies Moira, you’re going to have to plant them yourself.
Moira: Hahahaha. These are dark times John, but not that dark.

Alexis: What is your favorite season?
Moira: ffffff….AWARDS!

Moira: Please everyone stay calm. Whatever you do, do not look them in the eyes!
Alexis: You’re making them angrier.
Moira: C’mon Alexis, I know their language. CAWWW, CAWWWW.

“Be careful John, lest you suffer vertigo from the dizzying heights of your moral ground” – Moira Rose

Moira: What’s this about?
Johnny: I was just hugging my kids.
Moira: Why?

Moira: That’s the spirit! If Jocelyn can do it, anyone can.
Jocelyn: Yeah
Moira: Yeah. Places, don’tcha think?

“Equality. Freedom. Marriage. These are the rights of every community and even more specifically, the business community.” – Moira Rose

Alexis: Can you just like please try to hurry up, because the last thing you want to do is stand up a room full of singles.
Moira: Oh look Jocelyn’s pulling up to the hospital right now!
Alexis: Wait, Jocelyn’s driving?!
Moira: Yes, Alexis! She insisted, my nerves are fried!
Jocelyn: AHHHHH!

Moira: David what’s wrong? Your sleep apnea hasn’t returned has it?I thought that was remedied when you got your new nose!
David: It WAS!
Moira: Is it night sweats? AH! You’re not eating pepperette’s in bed again!
David: No!
Moira: Night Terrors?!
David: I DON’T WANNA TALK ABOUT IT!
Moira: David, don’t tell me you’ve had a nighttime oopsie daisy.

“In the lee of a picturesque ridge, lies a small unpretentious winery. One that pampers its fruits, like its own babies. HI, I’m Moira Rose and if you love fruit wine as much as I do, then you’ll appreciate the craftsmanship and quality of a local vintner who brings the musk, melon goodness to his oak chardonnay and the dazzling peach crab apple to his riesling rioja. Come taste the difference good fruit can make in your wine. You’ll remember the experience and you’ll remember the name: Herb Irvling…er.. Bert Herngife..Irv Herm..blinger..Bing Livehineger. Livelink,..Bert Herkert. Ahhh…Bingo Lingfucker.“ – Moira Rose

Moira: When it’s time to lay down your weary head, you’ll find comfort and safety at the partially .renovated Rosebud motel. But don’t forget to say hello to your handsome proprietor, Mr. Jonathan Rose.
Johnny: Thank you for having us.
Moira: John, no.

Moira: You do realize the baybay is crying?
Johnny: I do, yes.
Moira: Isn’t it scheduled to be dormant by now?

Alexis: Hey, can I talk to you for a sec?
Moira: Oh, always! Just not now.

Twila: Everyone was talking about you standing up to council last week, so I just assumed.
Moira: Never assume dear, it makes an ass out of both of us.

“Can no one find nude photos of me on the internet?” – Moira Rose

Stevie: Why does it seem like Mrs. Rose’s eyes follow me?
Johnny: Oh, she paid extra for that.

“Book your vacation now, to this humble little oasis. If heaven had a creek, it would be this one” – Moira Rose

What Are Your Favorite Moira Rose Quotes?

These quotes really capture the diamond that is Moira Rose. Were there any that we missed? Let us know on social media!