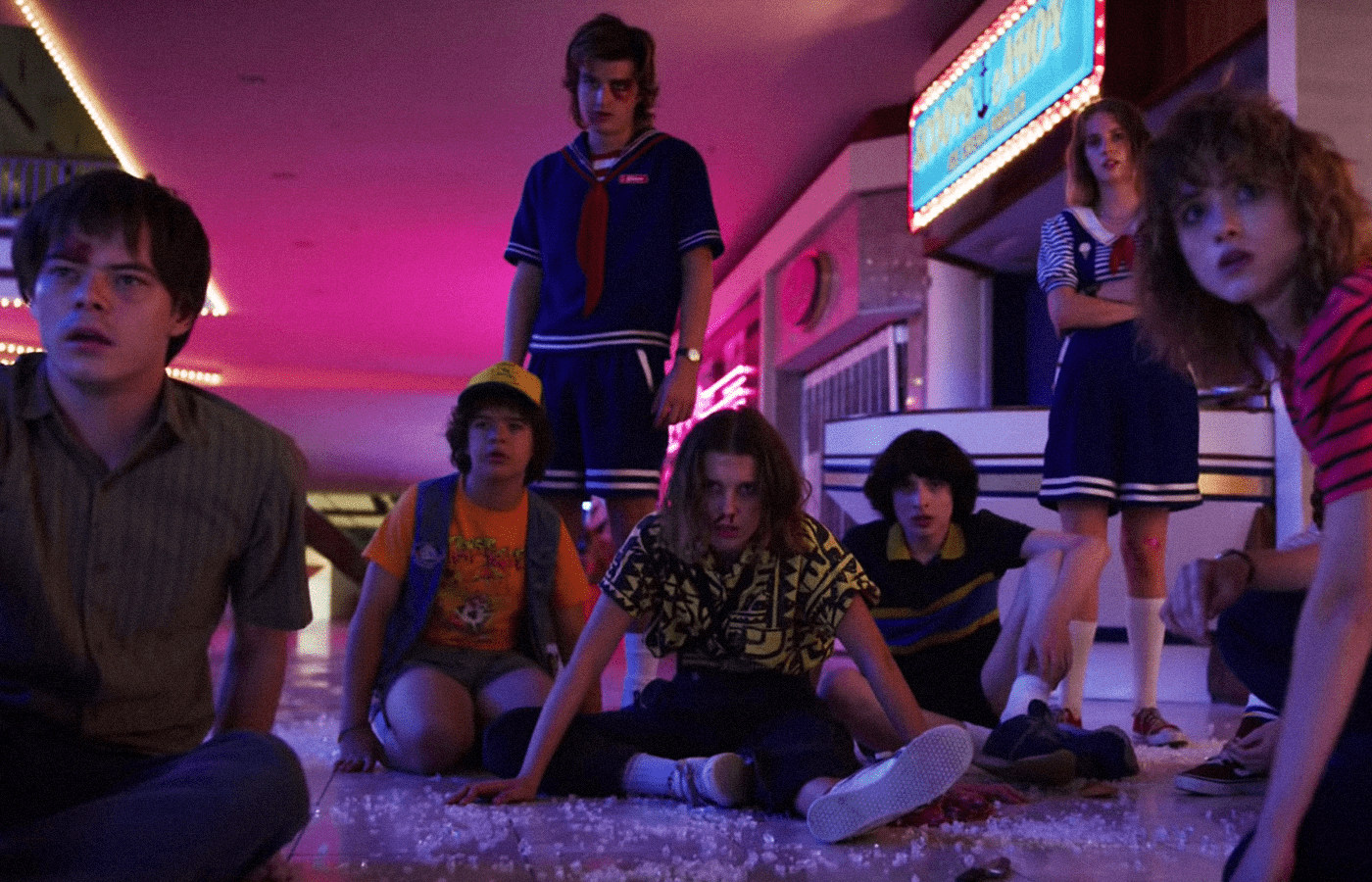 After an electrifying premiere in 2016, Netflix’s Stranger Things quickly rose to become one of the most popular shows in recent years. With a rose-tinted 1980s aesthetic, its killer synth, and its terrifying creature designs, it’s easy to see why it’s so popular. The Duffer Brothers have turned all of these all too familiar pieces of media into something fresh while keeping it close to home in a lot of ways.

With its continually expanding popularity, influence on contemporary culture, and ever-expanding quality of episodes we decided to take a look back on the series itself. With Stranger Things‘ newest season nearly upon us, now seems like a better time than ever to look at the biggest component that has propelled the show into the limelight. Grab your walkman, a can of New Coke, and sit back as we list our top eleven Stranger Things characters!

Of course, we had to start off our list with Stranger Things fan favorite and the most recognizable character: Eleven. Played by Millie Bobby Brown, Eleven has a heart of gold and is loyal till the end. Since her humble beginnings in season one, she has continued to do everything within her ability to protect her friends and the surrogate family she has surrounded herself with.

Though young in age and learning to adapt to an ever-evolving environment, Eleven is tough and undoubtedly proves herself a badass time after time again. That’s pretty bitchin’ if you ask me. While Eleven has been through more trauma than any child (or human in general) should ever have to, she continues to not only grow stronger but also maintain a caring heart.

Though he may not have started out the show as the best of characters, Steve “The Hair” Harrington (Joe Keery) quickly redeemed himself as the show continued. Steve continues to progress in every season; evolving from a self-righteous jock into everyone’s favorite babysitter. Steve’s relationship with the main cast of kids is incredibly fun to watch develop (especially his quirky brotherhood with Dustin), and it’s incredibly entertaining to watch him juggle average teenage life with the continuous changes the town of Hawkins throws at him. This is one man we would go to war with (or at least share our can of hairspray).

“Why are you keeping the curiosity door locked?”

As the designated goofball of the show, Dustin Henderson (Gaten Matarazzo) is always entertaining when he’s on-screen. Henderson is filled with witty remarks and charisma that he flings left and right (I mean, who else is going to go hunting for that pudding stash?). To complement his toothless grin and charm, he is also extremely intelligent and adds a bit of a geeky flair to the main cast of friends, all while consistently helping solve problems. Who knew that science camp would end up helping him save the world?

“We all die, my strange little child friend. It’s just a matter of how, and when.”

Although she was only recently introduced in the third season, Robin Buckley (Maya Hawke) quickly climbed the ranks of my personal list of favorites. Sassy and brilliant by design, Robin is a character who is wonderfully and unapologetically herself. Her witty yet monotone line delivery made her an excellent complementary element to Steve and Dustin’s antics throughout season three, while her complicated relationship with Steve (a.k.a Dingus) is especially enticing to watch grow and morph as time goes on.

“From here on out you leave me and my friends alone, do you understand?”

One of the bravest and most headstrong characters, Sadie Sink as Max Mayfield, is a force to be reckoned with.  Max became the “zoomer” for the close group of friends in season two when she was first introduced and has since then shown nothing but admirable strength and bravery in the face of Hawkins’ foes, both human and not. (After all, I’m sure it’s hard to come to terms that your brother is more of a monster than you originally thought). Max shows us it’s nothing short of awesome to break stereotypes and be your true badass self… all while kicking ass.

“This thing has had Will long enough. Let’s kill the son of a bitch.”

The Mom of all moms; Joyce Byers has arguably the biggest heart on the show. Joyce (Winona Ryder) has done everything within her power since the show to keep her family and those she cares about safe. Joyce has come face to face with monsters, broken into restricted sites, and continued to push forward for what she felt was true even when everyone else around her thought she’d lost her mind.

“Make mistakes, learn from them, and when life hurts you; because it will, remember the hurt. The hurt is good. It means you’re out of that cave.”

Although he is stubborn and not the friendliest or most level-headed, Hopper (David Harbour) has proven to have one of the most interesting internal character arcs. Watching him grow from a broken and somewhat selfish alcoholic to a man attempting to be the best guardian, friend, and father figure he can has been one highlight of the show. Hopper has proven that it’s possible to be strong and still struggle with yourself and that although he won’t hesitate to bring pain when necessary, he still has a soft spot for those close to him.

“I just look forward to you never doubting me again.”

Confident, Nancy Wheeler (Natalia Dyer) has proven to be one who never shies away from voicing her opinions and ideas….and it’s wonderful. Nancy is also not shy about the idea of asking forgiveness rather than permission and will go above and beyond to get the information she needs to prove herself even if it means risking her job or her own life.

Wills disappearance in season one was one of the key factors in effectively kicking off the series and throwing our characters into this new life and involving them with the upside-down… and he hasn’t recovered since. Will is a fantastic character to follow in this series as he shows us what trauma can do to someone, and he tries daily to fight against it and keep his life as normal as possible. Will is a relatable character to most everyone as he goes through the common stage of not wanting to grow up, and not wanting things to change.

“We have a lot of rules in our party, but the most important is, ‘Friends Don’t Lie.”

While on the surface he can be perceived as another goober in the squad, Lucas (Caleb McLaughlin) has been a guiding light in the face of danger and has come to his friends’ rescue more often than anyone else. (Well, who else is going to help you fight off those demo-dogs in your neighborhood?). Often he becomes the most logical thinker in the room; curating the next move to defeating the beasts in town while simultaneously calling out his friends for dumb ideas and exchanging heartfelt advice. There’s no one else we’d rather have on our ghoul-busting gang than Lucas.

“I’m looking for my step-sister. Small, redhead, a bit of a bitch.”

It’s hard to not love a good villain, and Billy Hargrove (Dacre Montgomery) definitely fits the description. While a lot of what there is to love about Billy stems from Dacres’ fantastic performance as him, Billy is also an emotionally complex character that you love to hate. A lot of his attitude and anger stems from his past, and while you still find him a terrible person by the end, you can’t help but understand and feel saddened by his past and his final end (or is it?).

There are plenty of colorful characters throughout Hawkins, did we miss any? Let us know on social media today.