You’re A Star: The 10 Best The Killers Songs 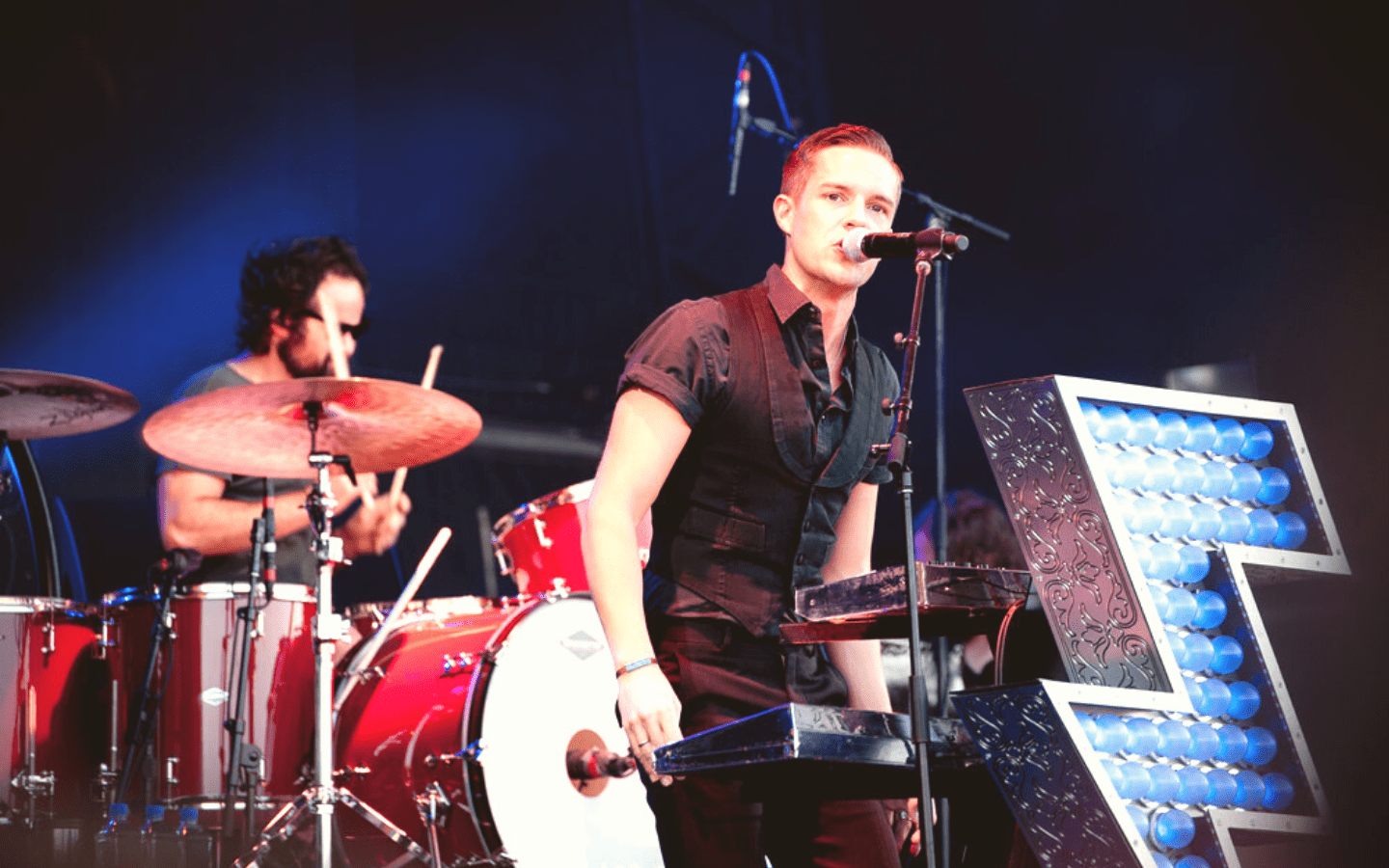 The Killers is a rock band from Las Vegas. The band started in 2001 and their current lineup has Brandon Flowers on vocals, Dave Keunig on guitar, Mark Stoermer on bass, and Ronnie Vannucci Jr. on drums.

What’s greater than starting your musical dream in Sin City? Maybe calling your band something short of being a murderer? Well, we’d like to say maybe a bit of both, but also having your band stay in the social spectrum for over two decades! The Killers bring a nice spread of music into the pop-sphere and here are the 10 songs, we think, killed the hardest.

The Best The Killers Songs

This song features an interview snippet intro and then discusses Cody, who is believed to be the amalgamation of “bad” or “troubled” youth that The Killer’s lead singer (Brandon Flowers) knew growing up, from his perspective as a child in a very religious household. It is a bittersweet tune with the theme returning to “waiting for a miracle” after going through the activities that are requisite for growing up.

Is a song introed with the discussion of a train killing individuals every one to two years, then met with a very uplifting almost infomercial-esque keyboard. It also talks about how families are closely knit and that the community is trusting enough to leave their doors unlocked. However the song then goes on to note how opioids affect the discussed town, The song has a very American Classic Rock harmonica feature, which is likely a draw to a time in this town before the modern woes we see today.

If you’re looking for The Killers to give you that deserved confidence boost, “The Man” is just what your spin doctor is going to prescribe. This song’s lyrical content is a hard shove to an uppercut for the other suitors pursuing the apple of your eye. From having “gas in the tank, money in the bank, and skin in the game” the singer also boasts about being the right hand to none other than God themself! A great song to give a listen to before going out into the world for a little conquering!

This song tells the story of a young couple bracing for the birth of a child and swearing their allegiance to each other with so many things unknown. It outlines struggling with your ego and the commitment to building a life for a family. The cycle to break is that if we start as runaways we return to running away. Another sad and relatable song on how we take two people and their definition of commitment and polarity and hopefully, keep it together for the long haul.

This song has a very philosophical approach in asking “Are we human or are we dancer?” The song questions our true purpose in this life and how we can put all of the pieces of the puzzle together so that we truly get the most glorious whole image. Whether you are on the stage or preparing for the performance of your day-to-day, this song will help keep you remembering it’s the small things that eventually lead to the big wins.

A soft synth and cymbal splashes lead us into the singer outlining a conversation with their partner and moving on (from each other, their current town/situation, all of the above). The tale continues and presents itself as though they are wanting to find their fame in a circus-type lifestyle, traveling to places they haven’t been and reiterating that “I don’t shine if you don’t shine”, outlining his commitment to his partner’s success, as it is a part of his. Not necessarily a hip-shaker but this song’s romance will have you able to find many relatable parts and likely lightly sing “Can you read my mind?”.

All These Things That I’ve Done (Hot Fuss)

This song leads us in, with an almost calming church-style organ that eventually fades over into The Killers’ style of pop-rock with faded vocals, in a plea for help and to not be a second thought to the individual they are talking or praying to. We are then led to another chorus that states “I’ve got soul but I’m not a soldier” giving credence to being brave enough to still hang in on our lives, even if the life is not of a warrior.

RELATED: Death and Steel – The 12 Best 3 Inches of Blood Songs

When You Were Young (Sam’s Town)

This song has multiple parts that will make you sing along and LOUDLY. This song discusses someone going through heartbreak and finding someone else that gives gentlemanly qualities, they had only heard of in their youth even if the person doesn’t look like the savior discussed in The Holy Bible. With snappy drums and screaming guitars, this song ensures that your romantic endeavors have been listened to and appreciated and that someone is on the way to taking care of that hurt heart. This song is also featured in the video game Guitar Hero 3: Legends of Rock.

Somebody Told Me (Hot Fuss)

This high-energy, dancy, rock-tune is a discussion of an abrasive approach of the singer towards someone that is dating a guy that looks like a girl that he dated. A pretty dizzying verbal assertion, but with the keyboard sounds, we’re assuming this was happening in a bar or club and he was trying to show them what the “potential rushing around” was about, elsewhere so that they could “Brace themselves for Me”. In any context – this will have your body wanting to dance wherever you’re located.

For a myriad of reasons this shouldn’t come as a surprise – the sustainability of the song in its radio popularity, stream volume, and even in meme/comedy culture, this song has stood the test of time almost as long as the band has been playing. A song about the longing for a partner who is not seeking a particular attachment, even though you’ve been breaking the confines of your “norm”. This song continues to make sure that the term “Earworm” will have employment long into our retirement. Aside from the gloomy lyrical content, this song will still get you pumped up for almost anything.

What Are Your Favorite The Killers Songs?

Thank you for reading our list of the top 10 The Killers songs. Do you have songs that you think should be on this list? Let us know on social media!