Our thumbs are sore from these great titles! 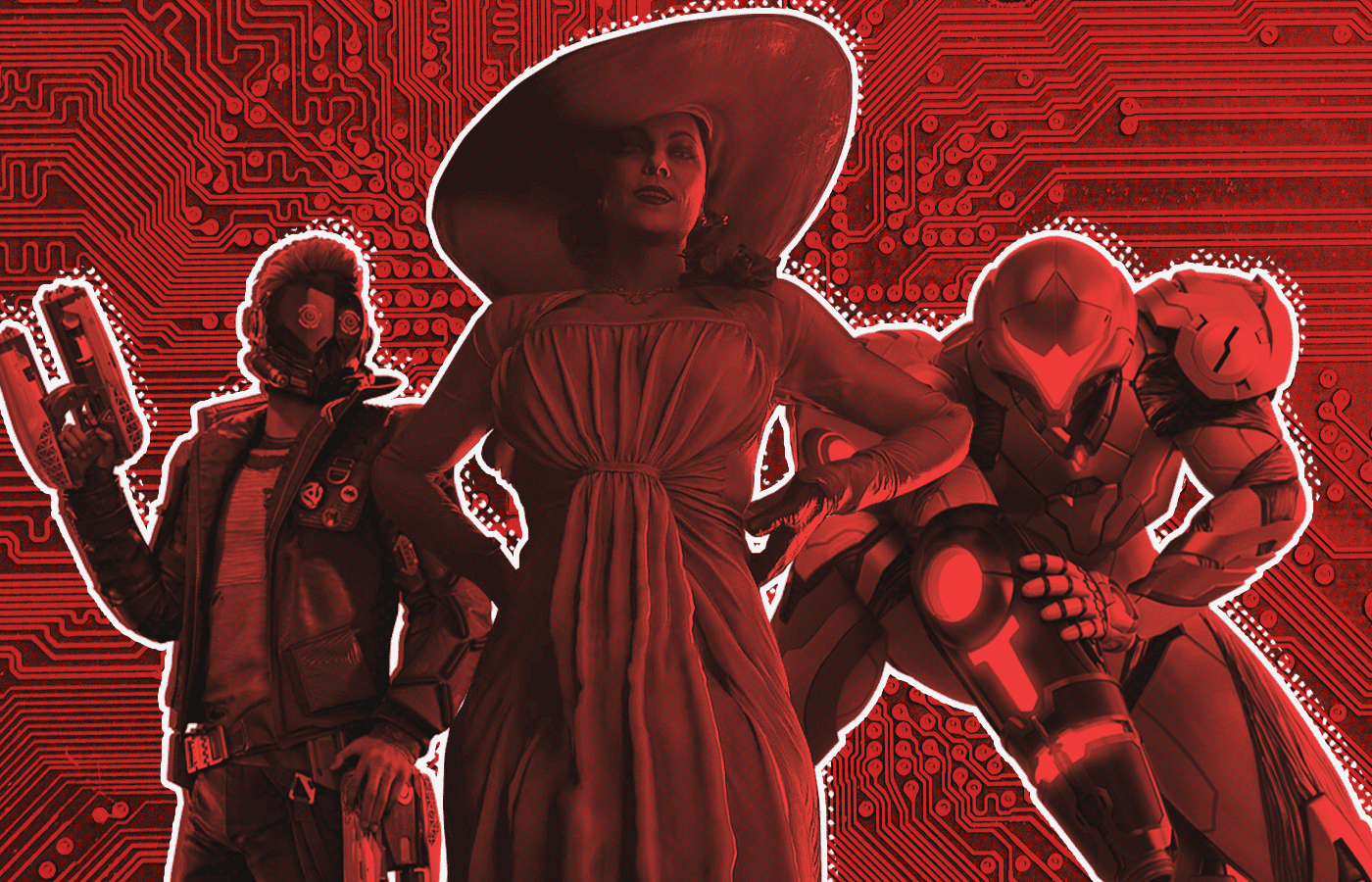 As we exit 2021 and enter 2022, it seems we’re now neck-deep into the ninth generation of video gaming. With the full releases of Sony’s PlayStation 5, Microsoft’s Xbox Series X/S, Nintendo’s Switch, and PC, many video games have dropped throughout the year. And right now, let’s highlight ten of the best games that were released in 2021!

10. Guardians of the Galaxy

Ever since the release of Square Enix’s disappointing Marvel’s Avengers, Marvel fans and gamers were rightfully cautious of the publisher’s next Marvel venture with Guardians of the Galaxy. Luckily, Eidos-Montréal gave us a very good action-adventure game starring our favorite band of space misfits. From a well-written story using decades of Marvel canon to fun gameplay fully using the full Guardians roster, Square Enix mostly redeemed themselves from Marvel’s Avengers, mostly.

Ever since its release in 2005, Psychonauts became one of the most beloved cult classic video games with its fun characters and awe-inspiring game design. So color us surprised that 2021 gave us a worthy sequel to one of gamings hidden gems. Coming from Double Fine and published by Xbox Game Studio, Psychonauts 2 is more of its predecessor with witty dialogue, enduring characters, and gorgeous visuals.

Capcom took the world by storm with the release of 2018’s Monster Hunter: World and now they have given us even more of that addicting hunting and crafting hook with the Switch exclusive Monster Hunter Rise. Taking a more arcade-style approach on the usual Monster Hunter formula of hunting giant creatures and using their parts to craft armor to hunt stronger beasts, we now can mount and ride these beasts along with a good boy dog companion named Palamute. Add on some gorgeous East Asia-inspired creature and world design to make this game a visual treat!

For the past decade, rogue-like style games have been on the rise and many have already become instant classics. One such game with that potential is Housemarque’s PS5-exclusive Returnal! The game follows space explorer Selene Vassos, who is trapped in both a hostile alien world and a mysterious time-loop that resurrects her every time she dies. Returnal features both top-notch third-person gunplay and creatively uses tropes of rogue-likes to craft a compelling dark sci-fi tale.

Another very solid PS5-exclusive is Insomniac Games’ return to the Ratchet & Clank series with Ratchet & Clank: Rift Apart. In the sixteenth entry of this long-running action-platforming series, our favorite space duo takes part in a multiverse story with a second playable protagonist as a female Lombax (Ratchet’s species) named Rivet. Rift Apart features the familiar yet addicting combat of a large variety of gadgets along with the twist of hoping different universes simultaneously that affect the environment plus the cartoon zaniness you expect from Ratchet and Clank themselves.

After the fans of this beloved first-person shooter franchise were left hollow from the previous entry Halo 5: Guardians, 343 Industries went “back to basics” with Halo Infinite. In the third part of the “Reclaimer Saga”, Halo Infinite follows series protagonist Master Chief on a mysteriously damaged Halo ring in order to take on former AI partner now series antagonist Cortana. With a massive semi-open world campaign and, for the first time ever, a free-to-play multiplayer, fans of this iconic FPS can now continue the fight with Chief.

Coming from indie studio Worldwalker Games, Wildermyth is a truly unique gameplay experience as it’s a “character-driven, procedurally generated tactical” RPG. Essentially, the game creates a wholly unique story for every player, with each party member having their own storylines and endings. Essentially, Worldwalker Games have truly captured the experience of playing a tabletop RPG like Dungeons and Dragons in a solo experience that feels truly special.

Time-loops seem to be the big trend of gaming this year with not only Returnal but another reentry on this list with Arkane Studios’ Deathloop. Published by Bethesda, Deathloop follows an assassin stuck in a time as he is on a mission to kill eight targets before midnight or be trapped in the loop forever. Taking a page from their previous games like Dishonored and Prey, Arkane Studios’ went beyond their first-person open combat style with the player having to figure out the right path to take out their targets before the loop resets. Truly one of the most imaginative spins on gaming narrative through the mechanics of the past few years.

Just when we thought Nintendo had all but given up on the Metroid franchise, 2021 gave us what we could consider the definitive 2D Metroid game with Metroid Dread. Taking place after fan-favorite Metroid Fusion, Metroid Dread features our favorite space bounty hunter Samus Aran taking on a menagerie of aliens and monsters, including some horror elements with the pursuer enemy EMMI. Metroid Dread is a perfect example of the explorative “Metroidvania” style of gameplay with added stealth and horror elements that are nothing but pure Metroid flavors.

Last and certainly not least in our highlights of the best video games 2021 offered is Capcom’s Resident Evil Village. After the massive success of Resident Evil VII: Biohazard, Capcom had a lot riding against them with the franchise’s history of high highs and low lows. Thankfully, Village shook things up by being the Resident Evil 4 to VII’s RE1 with a more intense action-horror direction. Despite having less suspenseful chills, Resident Evil Village is a nonstop series of insanity that leaves players tense on their toes. Plus it gave us the now iconic Lady Dimitrescu, so we had to put it on the list!

What Do You Think Are The Best Video Games Of 2021?

And there we go ten of the best games of 2021! What are some of your favorite games of the past year? Let us know on social media!