Beyond Fest 2020: Returning to the Movies

I needed Beyond Fest. I went that night sad because this was the first time being back to the cinema, and by the end I was driving home fist-pumping and remembering why I love movies all over again. 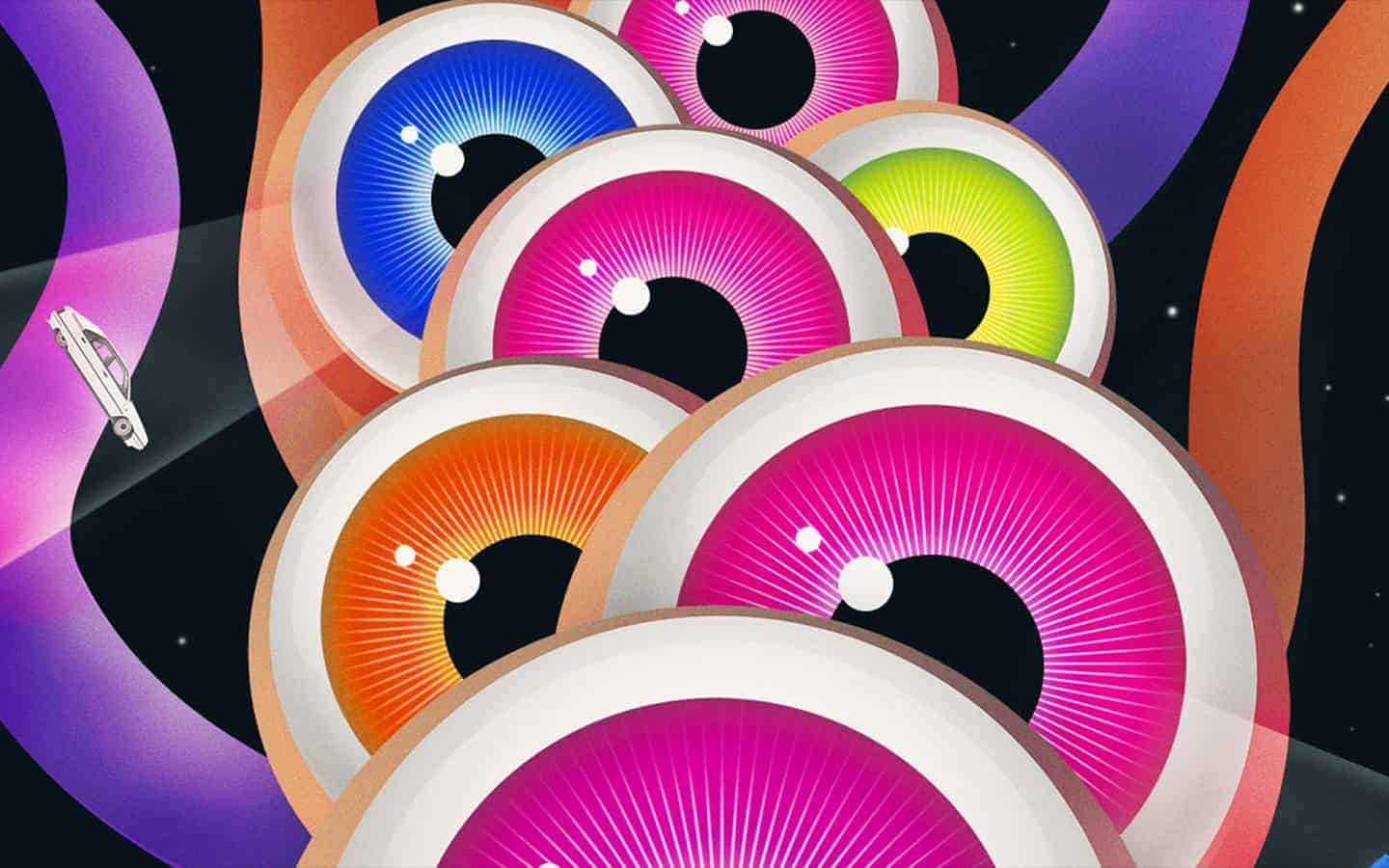 I needed Beyond Fest. I went that night sad because this was the first time being back to the cinema, and by the end, I was driving home fist-pumping and remembering why I love movies all over again.

The last time I saw a movie was in May, a week before all the theaters closed. Last week was the first time I watched a film in somewhat of a theater. I went to the Mission Tiki Drive-In and sat in my car, munching on pizza and watched some movies. It was the happiest I have been in a very long time. COVID 19 has changed a lot globally, but going to the Drive-in has stayed the same. You remain in your car, bring food, and sometimes people’s cars die because they forget to bring a radio. So, all in all, it was a magical time!

Now the movies I saw were what made the night special. It was a double feature on a night of Beyond Fest 2020. The two films I saw were the world premiere of Archenemy and the North American premiere of Psycho Goreman. I went into these movies completely blind without knowing anything about them. I did not even know what the posters looked like or who was in them, and honestly when it comes to both movies, that might be the best way to go when watching them.

Archenemy, directed by Adam Egypt Mortimer, who last year released the movie Daniel Isn’t Real, blew it out of the park. Archenemy is a unique take on the superhero genre, to say the least. The film’s basic plot is a superhero named Max Fist, played by Joe Manganiello, who saved his dimension from being erased by his archenemy. In doing so, he is transported and forced to live in our dimension. He is stripped of his powers and is now homeless until he is made famous by a teenager who posts his story and adventures on the internet, which might have put the whole world in danger.

This movie reminded me a lot of the film Hobo with a Shotgun with the late Rutger Hauer, because it is a street-level superhero movie with a gritty vaporwave aesthetic. The coolest part of this movie was the mixture of live-action and cell-shaded animation. I was getting Far Cry 3: Blood Dragon vibes from the movie, because the film blurs the lines between is Max Fist telling the truth of being a superhero or he’s just high on drugs and lying.

I loved the whole cast and everyone in the movie. You could not take your eyes off them and their performances. Some highlighters were Skylan Brooks, who plays a character named Hamster, who befriends Max Fist, and their friendship is 100% believable. I never once question why a teenager would be befriending and buying booze for a person who claims to be from a different dimension. Skylan Brooks does a fantastic job of playing a person who wants to make a name for himself as a journalist as well as a moral compass for Max Fist. Other memorable people in this movie were Glenn Howerton, who is Denis in Always Sunny in Philadelphia.

Here he is playing a drug dealer who is very scary, and every time he is on the screen, you almost want to hold your breath because you’re not sure what he is going to do next. Lastly, you have Joe Manganiello, who gives a top-notch performance as Max Fist. The entire time he is on the screen, you are unsure if he is lying or telling the truth about being a superhero. You watch as he slowly descends in both heroics and madness, and when it comes to superhero movies, it is a significant blurring of the lines. You feel for him, but at the same time, you try to keep your distance because you’re not sure what he is also going to do.

Overall, I enjoyed the movie a lot. I loved the LA setting, but not the LA people are used to, but the dirtier side of it. No glitz and glamour, but the trash and overpasses that surrounds Los Angeles that is always just off-screen. I plan on re-watching the movie again when it drops on VOD in December of this year, because it is the kind of movie that should be re-watched a few times. Because it is a movie with small clues scattered around every corner that re-watching it would lead to even more re-watches and enjoyment.

The second movie that I watched was Psycho Goreman, directed by Steven Kostanski. People might know Mr. Kostanski from his cosmic horror thriller, The Void (2016). Now he is back with a movie that honestly might be my favorite movie of the whole year. Psycho Goreman is best described as The Grim Adventures of Billy and Mandy meets the Rocket Jump skit video called Every 90’s Commercial Ever.

It is gory, over the top, and fun for anyone who likes insane plots and gory special effects.

The plot is straightforward! A brother and a sister discover a magic amulet that controls an alien that was almost the universe’s evil emperor. Now he is forced to be best friends with two kids as dark magic and mischief unfolds around them as the fate of the universe lies in the hands of preteens. The less you know about this movie, the better the movie will be, and honestly, that is the best way to go into this movie. Every few minutes something crazier would happen, and I could hear people many cars away cheering, laughing, and gasping at what was happening on screen.

The highlight of the movie was the special effects. It was a mixture of practical effects, excellent prosthetic work, and digital effects. So if you are a fan of practical, you will love this movie because a lot of the film is focused on it, and after the shock of seeing what Psycho Goreman looks like, you just accept everything in this movie! That is also where the movie’s charm is, because it knows when to take itself incredibly and downright ridiculous from people getting their heads blown up, to a giant brain playing the drums, and over the top violence.

The performances are also a lot of fun because it is a mixture of over the top acting to situations of people taking the material very seriously in a very healthy combination. The highlight of the movie was actress Nita-Josee Hanna who plays Mimi in the film. She is having fun with her role of controlling Psycho Goreman and her performance is a mixture of Louis Belcher from Bobs Burgers and Mandy from The Grim Adventures of Billy and Mandy. Every time she is on screen, you can’t stop but admire how much fun she is having, because she gets to be over the top supervillain and a carefree child. I also loved Matthew Ninaber, who played Psycho Goreman; his performance is so much fun because he is playing a character that is supposed to be stoic and almost Machiavellian. At the same time, Mr. Ninaber conveys everything through heavy makeup and the joke of him being a giant blue space monster never gets old, because he is bringing so much to the character. By the end, you feel for him, and that is what makes the movie great!

Overall I highly recommend Psycho Goreman. It has everything that I love about over the top movies such as Father’s Day, Mr. Bricks: A Heavy Metal Musical, and even Hobo with a Shotgun. If you do not like gore or disturbing scenes, I would consider staying away from this movie. If you are okay with all of that and more, this movie is well worth the watch. I plan to buy this movie and put it in my movie rotation of films to put on with friends because it is that good of a film.

Overall I needed Beyond Fest. I went that night kinda sad because this was the first time being back to the movies, and by the end of the night, I drove home fist-pumping and remembering why I love movies. Because sometimes, the movies you need are the ones that make you feel like heroes or make you laugh so hard you nearly pass out. I highly recommend these movies and supporting Beyond Fest because they have such an excellent line up of movies and the entire event was perfect for Halloween.