Bill and Ted Face the Music (2020): A Joyful Celebration of Chasing Your Dreams

Humans have dreams, and they follow them religiously at times but without support we run the risk of being like future Bill and Ted. 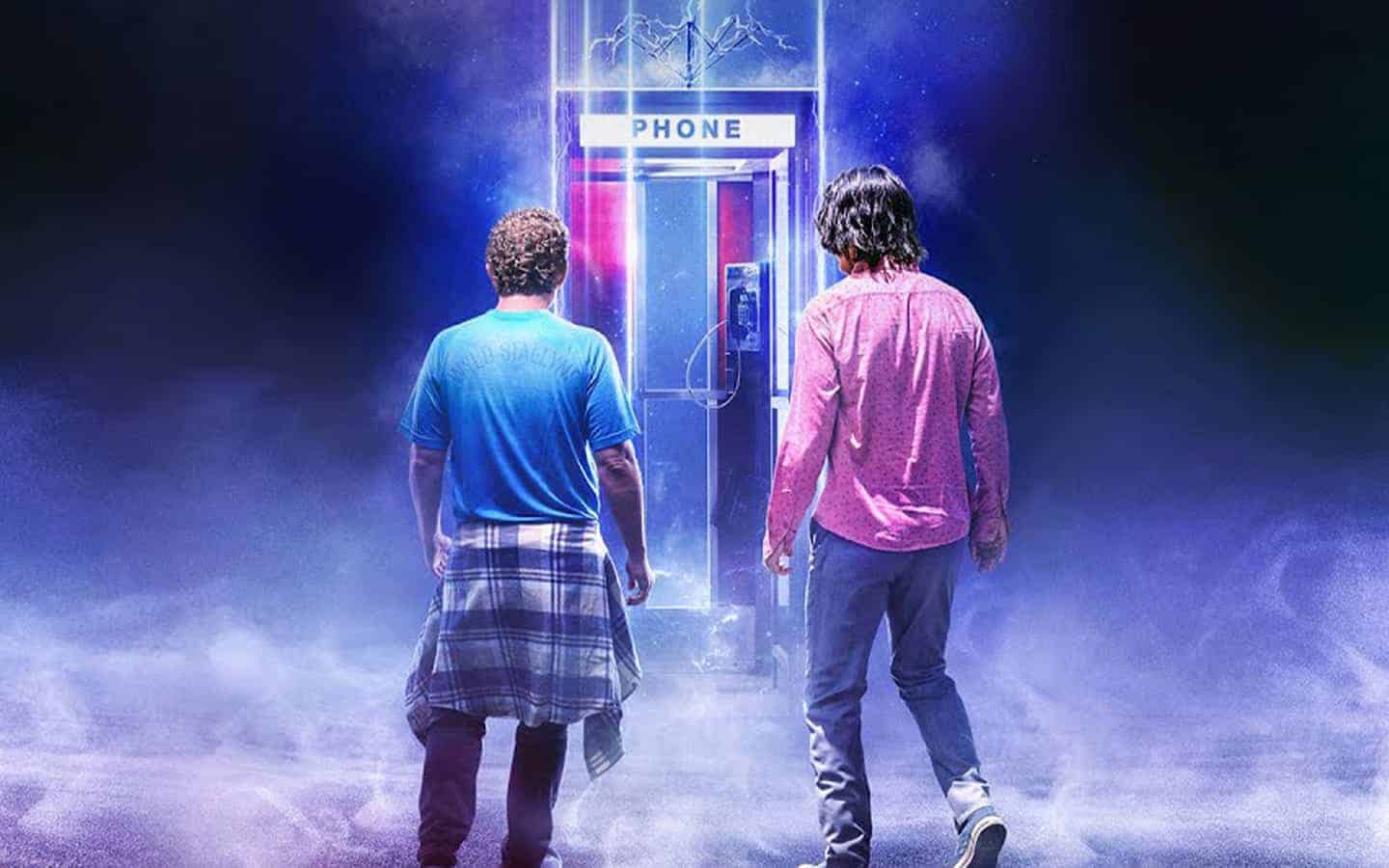 Humans have dreams, and they follow them religiously at times but without support, we run the risk of being like future Bill and Ted.

I wholeheartedly recommend going out and watching Bill & Ted Face the Music before reading this article. Trust me; it’ll make all of this more understandable.

I’m going to be 100% honest with all of you, Boils and Ghouls. I love Bill & Ted! I have vivid memories of watching Bill & Ted’s Excellent Adventure (1989) with my family and just having a fucking blast! The central characters played by Alex Winter and Keanu Reeves are the guys that no matter how simple or idiotic they come across, they are the sweetest guys in the world. Their adventure collecting historical figures in the first movie is still a favorite of mine and that soundtrack! I still get a big smile on my face whenever I hear Big Pig’s I Can’t Breakaway.

Sorry, there’s a point to this, dear readers, and it’s this: The first two Bill & Ted movies are not your standard teen comedies. Where the others of their ilk would focus on the silliness and more montages, the first movie treats the characters (all of them!) with respect and glosses over the montages. Bill & Ted’s Excellent Adventure will always hold a special place in my heart. Hell, even as I write this I’m listening to the soundtrack!

Which is why, after watching the third movie in the trilogy…saga? Whatever! I was left with a feeling of…disappointment. Bill & Ted Face the Music (2020), upon my first viewing, came across as another grab at the nostalgia cash. And it pained me to type that!

But I felt something else. Like there was a personal message coming from the writers Ed Solomon and Chris Matheson that was meant for me. And after watching it a second or third time, this message became clearer, and I realized that it wasn’t just for me. It was for every single person in the world and anyone with a creative bone in their body.

And the message is this: NEVER GIVE UP ON YOUR DREAMS!

Before I go into more detail, know this. What follows is not a review of the movie. Instead, you’ll find a…treatise (if you will) on why right now we need a movie like Bill & Ted Face the Music. I’m sure that after reading this and then watching the movie, you’ll agree with me completely.

At the start of the movie, we get a recap of what happened after the events of the sequel, Bill & Ted’s Bogus Journey (1991). For lack of a better term, Wyld Stallyns has broken up, and the world was not united. Bill S. Preston Esquire (Alex Winter) and Ted ‘Theodore’ Logan (Keanu Reeves) are stuck in a rut, with Ted beginning to feel like it’s time to move on and focus on the important things (family, a steady job, etc.), whereas Bill continues to believe that they will fulfill their destinies and unite the world.

Every single creative, hell most normal people, I know can all admit that at one time or another they have had this same thought. “Am I doing the right thing? Is it about time I gave up and got an actual job to provide for my family and the future?” Believe you me; this is a conversation I’ve had with myself multiple times. Especially recently after suffering a bout of depression, but I haven’t given up and watching Bill & Ted Face the Music hammered home how important it is to not let outside pressure or forces stop us from following our dreams.

As the movie progresses the boys keep running across a future version of themselves. Ones, where their lives have gone to shit and Ted, is an angry, alcoholic, bitter man, blaming past Ted for all his woes. This is a genuine possibility for any creative being pushed down and down until self-doubt takes over. This is what we see with the future Bill and Ted. Luckily our stalwart heroes continue on their passions pushing them to keep moving.

Now, this is fine. I mean, we all have dreams and for the creative type, not being able to reach them is worse than dying, but at what cost? The future versions they come across (first in an Open Mic venue, then masquerading as rock gods, and finally in prison) are bitter and angry due to the fact they lost not only their wives (the Princesses) but also their daughters, both of whom take after their fathers. And this is a risk we all face, especially for those of us who blindly follow our passions and dreams with abject dedication.

But, during all this, the boys never lose sight of their dream. Instead, seeing a possible future makes them fight for it harder. For them, their families help make their dreams come true.

This can be said for their daughters, as Theodora “Thea” Preston (Samara Weaving) and Wilhelmina “Billie” Logan (Brigette Lundy-Paine) are indeed following in their fathers’ footsteps. Both act very similar to them and love music, and this brought a smile to my face. As a child, I was following in my dad’s footsteps. He is a magician and was an actor and I wanted to be like him. Most people agree that I take after him more than my mum. Unlike Billie and Thea though, I paved my own way and instead of magic and acting, I’m a writer and storyteller. And this is where the heart of the movie is. The girls are the ones who keep supporting their fathers’ dream and (SPOILER ALERT) they save the day!

Humans have dreams, and they follow them religiously at times (me included), but without the support and those who love us to keep us grounded, we run the risk of being like future Bill & Ted. What’s wrong with a little dreaming?

Bill & Ted Face the Music is a joyous love letter to dreamers and creatives, telling us all to not give up and no matter what happens: BE EXCELLENT TO EACH OTHER and PARTY ON, DUDES!