Black Widow is our first MCU film since 2019's Spider-Man: Far From Home. Was Black Widow worth the wait? 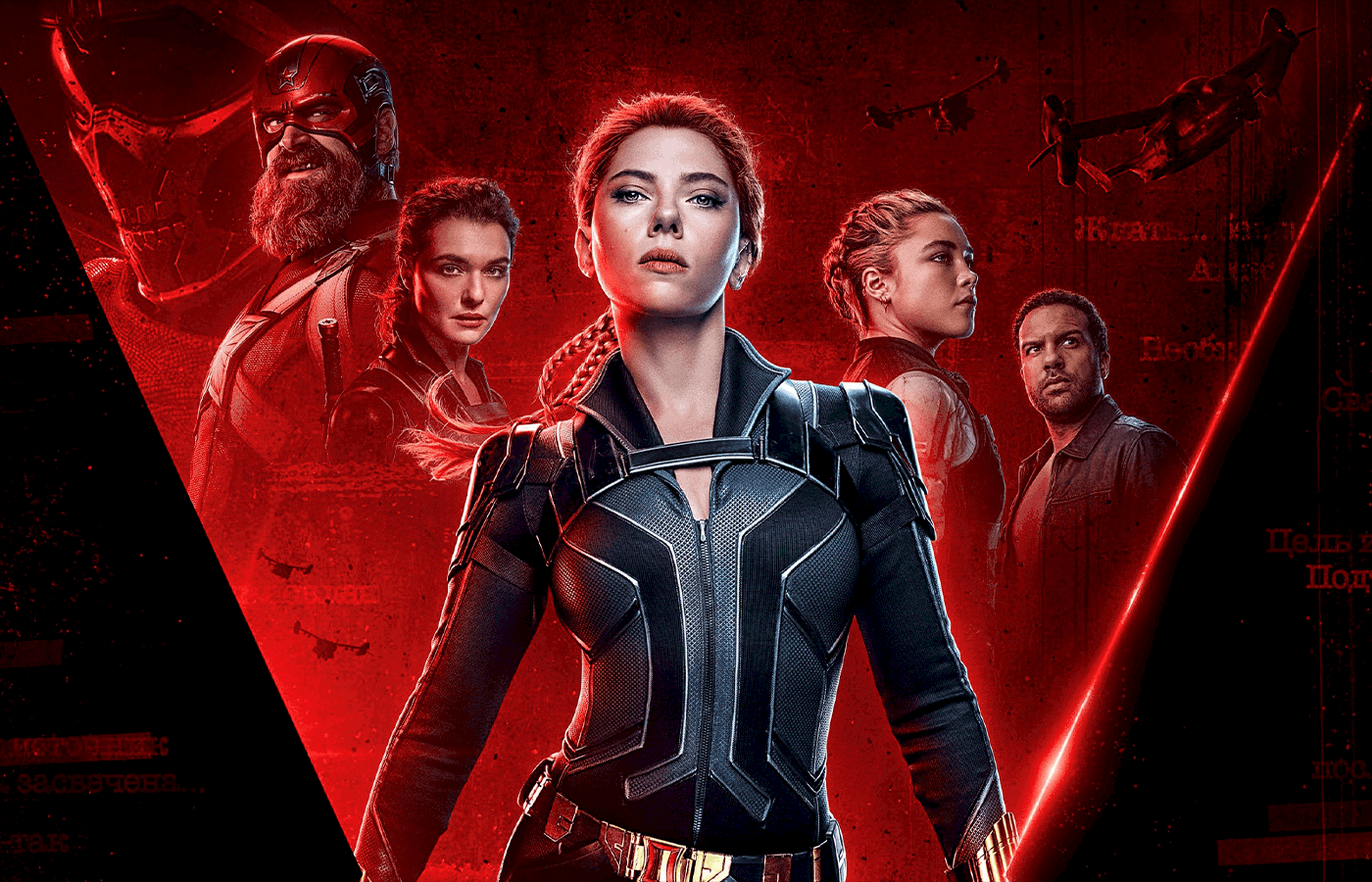 I’ve always been a big fan of Scarlett Johansson‘s performance as Black Widow within the MCU (Marvel Cinematic Universe). Natasha Romanoff is one of the titular members of the MCU’s Avengers and has consistently proved herself when the fight demands it. In each film that we have seen Black Widow in, her character development shows that she has far surpassed her first iteration when she was introduced in Iron Man 2 (2010).

Before I delve deeper into this review of Black Widow (2021), let me state that I will be spoiling past events from the MCU. This consists of every film leading up to this point.

RELATED: What Does Wandavision’s Finale Mean For The Future Of The MCU?

How Did Black Widow Die?

Black Widow died in Avengers: Endgame (2019) when she sacrificed herself to save Hawkeye on Vormir. Natasha grappled with Clint as they both tried to sacrifice themselves rather than see their respective best friend go. Of course, Natasha was the one who ultimately gave herself up in order for Clint to retrieve the soul stone.

It was sad to see her character go but unfortunately, I found her exit from the MCU to be not so satisfying. This coupled with Gamora’s tragic fate at that same location in the film prior to Avengers: Infinity War was less than ideal, to say the least.

When Does Black Widow Take Place?

The events of Black Widow take place between Captain America: Civil War and Avengers: Infinity War. Black Widow is also the twenty-fourth film in the MCU canon. Even though I feel we should have gotten a Black Widow stand-alone film years ago, here we are. Black Widow had been delayed and pushed back three times since the pandemic started last year. Black Widow was slated to release in 2020 but of course, got pushed due to the COVID crisis.

So finally after being pushed back countless times due to the ongoing COVID-19 pandemic and Disney really aiming for a wide theatrical release, Black Widow has finally hit theaters and as well as Disney+ Premium. So was it worth the wait?

What is Black Widow About?

If you are not aware of Black Widow’s premise, the film is about Natasha Romanoff who is being pursued by a force that will stop at nothing to bring her down. She must grapple with her mysterious history as a spy and reconcile with the broken relationships left long before she became part of The Avengers.

I’m a manager at a movie theater and seeing Black Widow early (for quality checks) was a delight. After the countless amount of new trailers to watch on the big screen, we were ready to finally watch the long-awaited solo film we have waited for since Phase One! This will be a fairly spoiler-free review of Black Widow and all opinions shared are my own.

How Does Black Widow Begin?

Black Widow starts off by giving us a brief look at Natasha’s childhood in Ohio. Her “family” is undercover, their home is temporary due to the job that her father, Alexei Shostakov, aka The Red Guardian, played by David Harbour, recently finished. The family soon goes their separate ways, leading Natasha and her sister Yelena, played by Florence Pugh, to be taken back to the dreaded Red Room, a place where Dreykov turns young women into killing machines; his Widows.

We jump into the opening credits which brushes over Natasha’s upbringing along with an orchestrated rendition of “Smells Like Teen Spirit”. We are then brought 21 years into the future, just between Captain America: Civil War and Avengers: Infinity War where Natasha is on the run from General Ross who is seeking to arrest her for treason against the Sokovian Accord. A lot of the heroes were placed in The Raft (An underwater prison used to hold those with special abilities) and Ross wants to place Black Widow there just as well, so she goes on the run.

After Yelena Belova, Natasha’s “sister” aborts her mission, the Taskmaster is brought out to take her down along with Natasha. We’ll get to Taskmaster in a bit. Natasha and Yelena team up together and hope to bring the family they once had back together to take down Dreykov and in the end, hopefully, right a lot of the wrongs Natasha felt she had done in her life as a spy.

Black Widow Review: What I Liked

After her incredible performance in Midsommar (2019), Florence Pugh was set to make her debut in the MCU as Yelena Belova. It is always exciting to bring in a fantastic actor to the Marvel Cinematic Universe and I would say she was the highlight of Black Widow. I found Florence Pugh above and beyond better than everyone in the film, including Scarlett Johansson.

I felt she brought a lot to her character and she kicked ass. I can’t wait to see what the future holds for her character in the MCU. Scarlett Johansson did great but this wasn’t a film that did anything spectacular or grand-scale with her established character which was very unfortunate.

I found Black Widow to be one of the most disappointing film additions to the Marvel Cinematic Universe. When you get a stand-alone film for a character that is so beloved for years, you expect it to be an epic of sorts; a big bang. Black Widow was a dud. Just over two hours, I found the film to be slower than what you would imagine for a Summer blockbuster. Even the action sequences were fairly underwhelming.

One reviewer compared the action sequences in Black Widow to that of a Fast and Furious film and I agree one-hundred percent. There is no emotional weight to any of it. While we are talking about the action sequences, I would like to bring up the cinematography, the way the action scenes were shot. Every hand-to-hand fight was an up-close, shaky cam, swinging along with every punch, kick, or flip. I found it almost nauseating to try to figure out what was going on.

Rachel Weisz played Natasha’s “Mother” Melina Vostokoff and I wish I had more to say about her character but I feel like she was underutilized in this film. She was there and then she was gone and then she was back again. There was no connection to the character. She cracked some jokes. Who doesn’t love jokes?

Jokes Within the MCU

There is nothing wrong with humor in films. Most times, it can help you get through a film that could really use it. There are films in the MCU that have been hysterical, like Thor: Ragnarok or Ant-Man And The Wasp. I feel there is a time and a place for jokes. Avengers: Age Of Ultron (2014) constantly had to knock out a ridiculous load of unnecessary jokes even when the situation didn’t call for it.

In Black Widow, there is a joke in almost every scene, even when it isn’t necessary. There is a scene where Florence Pugh’s character is talking to David Harbour, telling him about her forced hysterectomy while she was in the Red Room and it is played off as a joke when it should be a serious moment to explain the things she went through in her upbringing.

The Red Guardian is described as “The Russian Captain America” and in shades, you see his power. When it comes to finally seeing him in action, he is nothing more than a joke or gag. I felt he was underappreciated as a character that would have been really cool to see kicking ass and helping out in a bigger, better way. Throughout the entirety of the movie, he is constantly throwing out puns or acting ridiculous. I don’t mind comedy, but when you can’t get through serious scenes without tossing in several corny jokes, it’s just not entertaining. It undercuts the importance of a serious moment.

It was a real shame because I was very excited to see David Harbour play a really brilliant character but I wanted nothing more than to have the scene focus on someone else. There goes our chance of having David Harbour play The Thing in the MCU’s Fantastic Four.

The Lack Of A Good Villain

That brings me to Taskmaster. I could take time talking about Dreykov but I don’t feel like it is necessary. Not only would I have to delve deep into spoilers, I just don’t think it is worth discussing a character so weak. Taskmaster, even, is quite possibly one of, if not the most disappointing villains I have seen in an MCU film to date.

When it comes to other villains that have left a sour taste in my mouth, like Iron Man 3’s fake Mandarin, Taskmaster is someone you expect to be exciting on screen. Here we are, a villain who can almost replicate the abilities of any Avenger and it’s squandered. Unfortunately and without speaking throughout the entirety of the movie, Taskmaster comes and goes and when the secret of Taskmaster’s identity is revealed, it is very disappointing.

I honestly love the Marvel Cinematic Universe and I hate to have so many negative things to say about one of the films, especially one we have waited so long to see but it is nothing more than an unnecessary send-off for the character of Black Widow. I feel like she deserved a better ending, especially knowing that we should have had a stand-alone film a long time ago but here we are. There is one post-credit scene setting up for a certain MCU show that will be coming to Disney+ very soon.

I feel Black Widow suffers on so many levels and its connection to other Marvel films. When we see Black Widow in Avengers: Infinity War, she is with Captain America and The Falcon. I would have loved to see how she teamed up with them. Even a deeper backstory to show Natasha’s upbringing in the Red Room so you can see her training and what she went through. In a way, it felt like it was a film that was made just because Marvel knew that we were begging for a Black Widow movie for a long time.

We know Black Widow’s fate, and that makes the whole experience all the more unsatisfying. Maybe there will be another day when Scarlett Johansson will return to the character in some way but I know this film will leave you wishing for a better end for the fallen Avenger.

What Did You Think Of Black Widow?

We hope you enjoyed our Black Widow review! Did you see the film? What did you think? Let us know on social media!