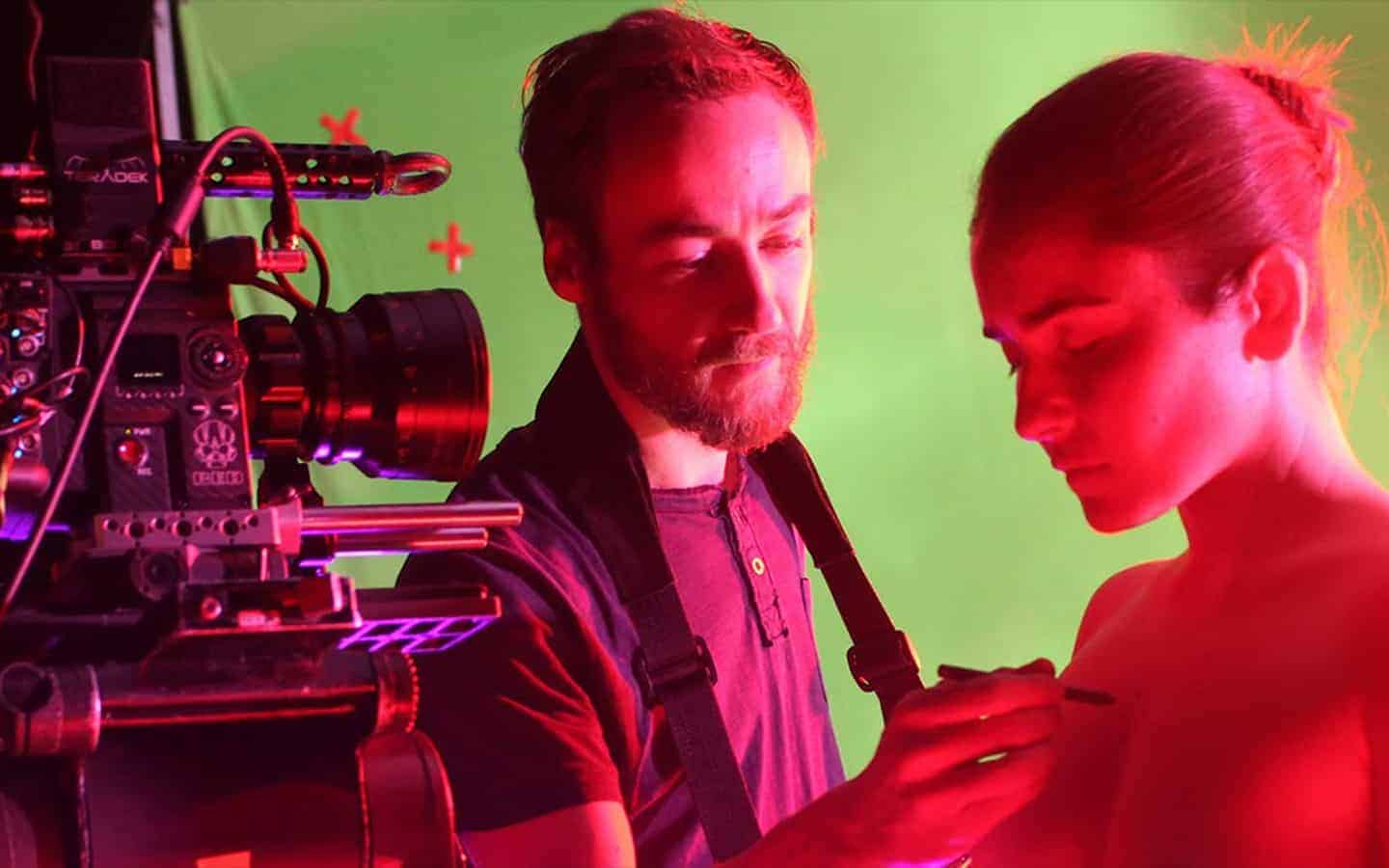 The French duo known as “Seth Ickerman” created a literal out-of-this-world experience in 2016 when they teamed up with synth-wave musician Carpenter Brut. The team created a sci-fi thrill ride of a music video for the song Turbo Killer when they combined beautiful effects and visuals with a mysterious story. Now, years later the team has gathered together once more to continue the story with Blood Machines, a colorful, hyper-dimensional chase through the cosmos. PHASR was thrilled to be able to chat with the duo about the new series.

An Interview with Seth Ickerman

Let’s rewind a bit to the original music video for “Turbo Killer” that you did for Carpenter Brut in 2016. How did that come to be? Did they approach you to make a video for the score of Blood Machines or did they create the score after/as the series was being made?

Seth Ickerman: Despite appearances, Carpenter Brut is just one person. It’s only when he’s in concert that he forms a band to play his music. To answer the question, he’s the one who asked me to do the Turbo Killer music video because he liked my work. Then, when I decided to develop the universe of this music video, things were reversed. It was Carpenter Brut who did the music on my images. The music was made at the same time as the film was being built. It was a very interesting process because he kept sending me new versions as we filled our green screens with our spaceships and other psychedelic images.

Where did the idea for the plot of the music video (and now series) stem from? What inspired the idea to make a sequel to the music video? And what influenced you to end up making it into a full series?

Seth Ickerman: Turbo Killer was made on the spur of the moment. It all happened very quickly and it was a good thing. I wanted to create a visceral experience. I’m glad that the audience today seems to appreciate it as such. However, I clearly wanted to create something that seems to be a piece of a larger puzzle. When you watch Turbo Killer, you might think it’s an extract from a feature film, the characters are directly in the action.

The world in which they evolve seems to have codes, but I don’t take the time to explain them voluntarily. Everything has to go through feelings. When I finished Turbo Killer, it became obvious to me that it would be interesting to develop this universe. With Turbo Killer, I had tried to get closer to the ambition of the music videos I liked in the 80s. I had in mind Michael Jackson’s videos directed by Martin Scorsese, John Landis, or Francis Ford Coppola…

They were real movies with music parts. I wanted to follow this way, and go beyond the music video frame to create something hybrid. Eventually, I think I moved away from these inspirations much shorter than my film, but it’s part of the DNA of the project.

It’s mentioned briefly on your website that; “the project has the ambition of a big Hollywood production – but with the budget of an indie film.” What techniques did you use and obstacles did you have to overcome to make this film look as good as it does?

Seth Ickerman: For a standard production, it might seem impossible to make a film like this on such a tight budget. Fortunately, I’ve developed a lot of technical skills since the beginning of my career. It’s allowed me to handle lot of projects from A to Z practically on my own. For Blood Machines, I wanted to go faster and have even more ambitions. To do that, I needed to work with real cinema crews, real special effects companies, etc. The difficulty has been to find a balance between my very personal know-how and the traditional professional world. It hasn’t always been easy, but if Blood Machines exists today, it’s because we managed to mix our strengths.

In Sci-Fi such as this there’s a lot of creativity involved when it comes to designing these space ships, planets, etc…What was the process like for creating and designing such massive looking and detailed out of this world scenes? Were you inspired by any specific things or films when creating them?

Seth Ickerman: There are certainly a lot of influences in Blood Machines, but most of the time I think they are unconscious. My artistic approach is above all to try to create something new. If my images are original it’s because they tell the story of the film. I didn’t create them at random.For me, basically, the style is as important as the script. It’s the same with the directing. For example, it was not interesting for me to make shots of spaceships that pass over the camera impressively for several seconds… We’ve all seen that in science fiction films thousands of times… But reproducing this kind of shot by filming women as ships, I’m interested.  Not only does it give new images, but it allows me to sacralize my female characters… what I need at that moment in the film to tell my story…

After looking at some behind the scenes pictures from Blood Machines it looks as if quite a bit of the sets were physically built, do you prefer working with practical effects and sets when possible?

Seth Ickerman: I think you have to find a balance between the digital and the reality of real settings. Both of them are very complementary. Ideally, it’s always good to have a real base. This makes the work of the actors easier, but also the one of the graphic designers who can then benefit from precious information on light, textures, and so on. Personally, I love reality. I’ve always built models and other accessories myself. I like the organic aspect of things, I like to feel the material… However, I don’t deprive myself of using digital. In many cases, it allows me to sublimate reality.

Are there any plans to further dive into this universe you’ve created? Maybe to give more of a backstory or insight into characters like Corey who remain somewhat mysterious?

Seth Ickerman: I know that some people blame me for not giving more information about my characters. Actually, it is totally on purpose. I really wanted to keep an abstract charm like in Turbo Killer. That’s where the difficulty was. How to tell a story that is easy to follow with characters who talk how in any classic film, but at the same time make the narration very visceral, as you might see in a music video. The world of Blood Machines doesn’t really have any limits for me. If it were to develop further, I think we would always have to be careful not to deprive it of its share of the abstract that for me is its strength.

Special thanks to duo Directors for speaking with Something Ghoulish. You can watch Blood Machines on Shudder!