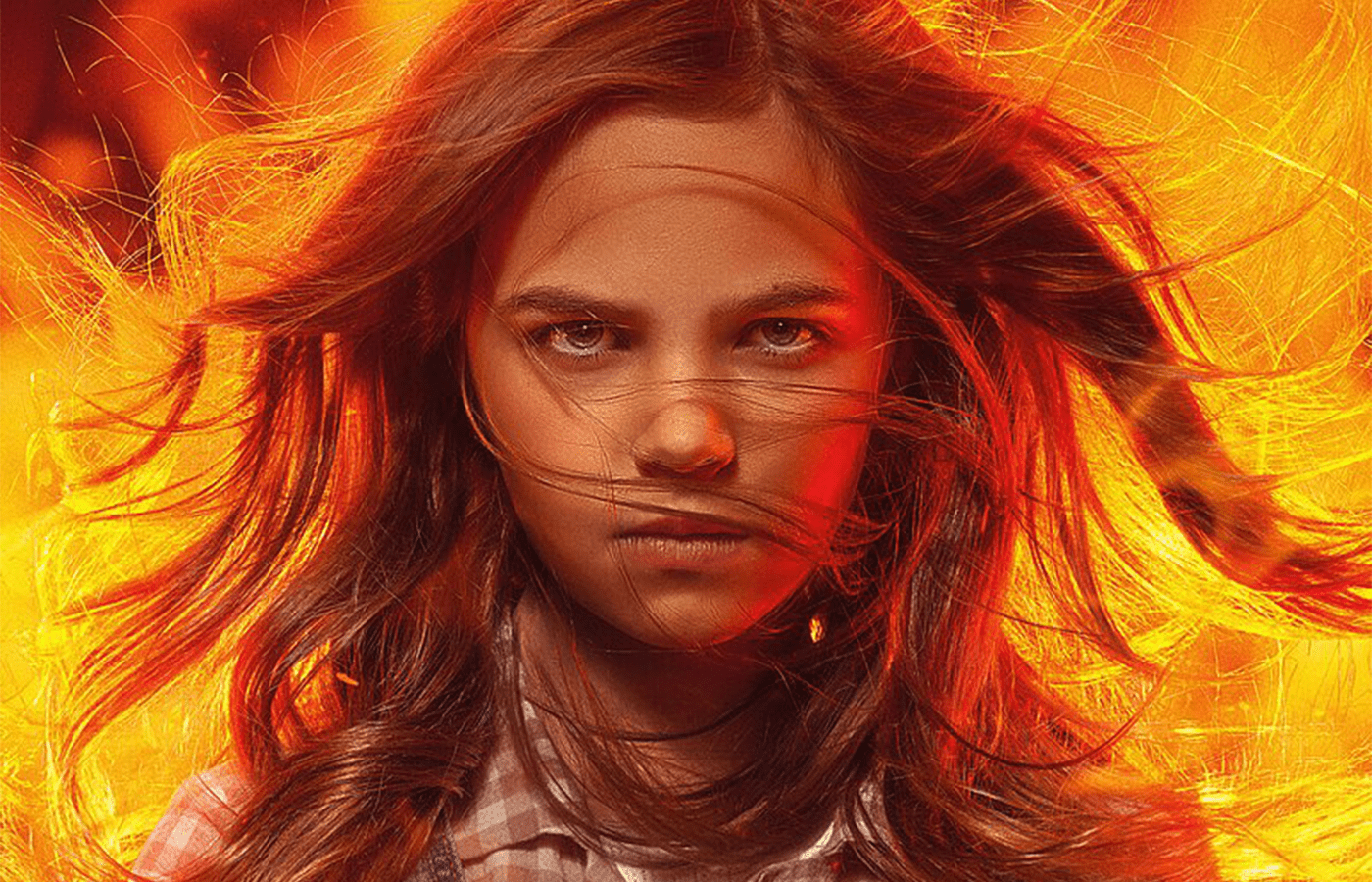 Early Wednesday, Universal Pictures surprised us with a trailer for Blumhouse’s upcoming re-adaptation of Stephen King’s Firestarter. This new take was announced back in 2017, directed by Keith Thomas (The Vigil), with a screenplay by Scott Teems (Halloween Kills) the reboot boasts a pretty promising cast and crew. Principal photography ran from May to July of 2021, and is slated for a May 13th release in theaters along with a simultaneous streaming debut on Peacock.

The original film adaptation in 1984 starred Drew Barrymore as the titular Firestarter, 9-year-old Charlie McGee. Her parents Andy and Vicky (David Keith and Heather Locklear) meet as guinea pigs for an experimental compound which gives them both telepathic abilities. Years later, Andy and Charlie are on the run as he tries to teach her how to control her power and keep her safe as the government agency responsible for her uncanny gift now wants to use it as a weapon. The 2022 rekindling seems to follow the path of 2013’s Carrie by focusing on modernizing the story and characters without making too many big changes.

Zac Efron (Greatest Showman), and up-and-comer Ryan Kiera Armstrong (American Horror Story, The Tomorrow War) star this time around as Andy and Charlie. The trailer opens with what seems to be a “practice session” of Charlie’s power with a lighter, where she retells of being bullied at school and ‘heating up’ – with a clever throwback to 1984’s trailer with a familiar shot of a rapidly-rising thermometer on the wall.

What follows is likely the crux of the plot, as Charlie tries to restrain her powers in the ladies’ room and masks the heat by cranking up the hot water on the sinks. The warm color palette chosen for the room’s tile and hazy steam showcases the aesthetics of how the film will portray Charlie’s pyrokinesis, focusing on the heat with warm colors. Clips of her “heating up” turn shades of orange or red, contrasting with green or blue tones for calmer sequences.

The Firestarter trailer also gives us our first taste of the film’s score, done by horror legend John Carpenter, along with his son Cody Carpenter, and Daniel Davies. Interestingly enough, as of this writing the music is Carpenter’s only known contribution to the production. Fortunately, the trailer does keep things fairly close to the vest. Fans of the original will recognize a lot of familiar beats, but there seems to be a new setting for the climax with an underground facility (not unlike Stranger Things?) playing a role instead of the original’s barn and farmhouse.

Universal and Blumhouse are keeping pretty tight-lipped about the plot, featuring the same basic synopsis on the film’s official site and on Universal Pictures’ YouTube description for the trailer. There might be a few more surprises in store, but they seem to be playing it straight and not trying to change things up for the sake of change.

It’s been a good few years for fans of Stephen King. Between the very successful IT Chapters 1 and 2 and the less popular Pet Semetary there seems to be no shortage of new takes on King’s classics. For better or worse. Luckily, Firestarter is looking like it’s shaping up more like the former and maybe we will be treated with something true to the ‘84 flick and a little closer to King’s novel. We won’t have long to wait to find out because Firestarter blazes into theaters and on Peacock on May 13th.

What Did You Think of The Firestarter Trailer?

Are you excited for the reignited reboot of this Stephen King classic, or do you still carry a torch for Drew Barrymore? Let us know on social media!