Board Kings Tips, Tricks, And Review 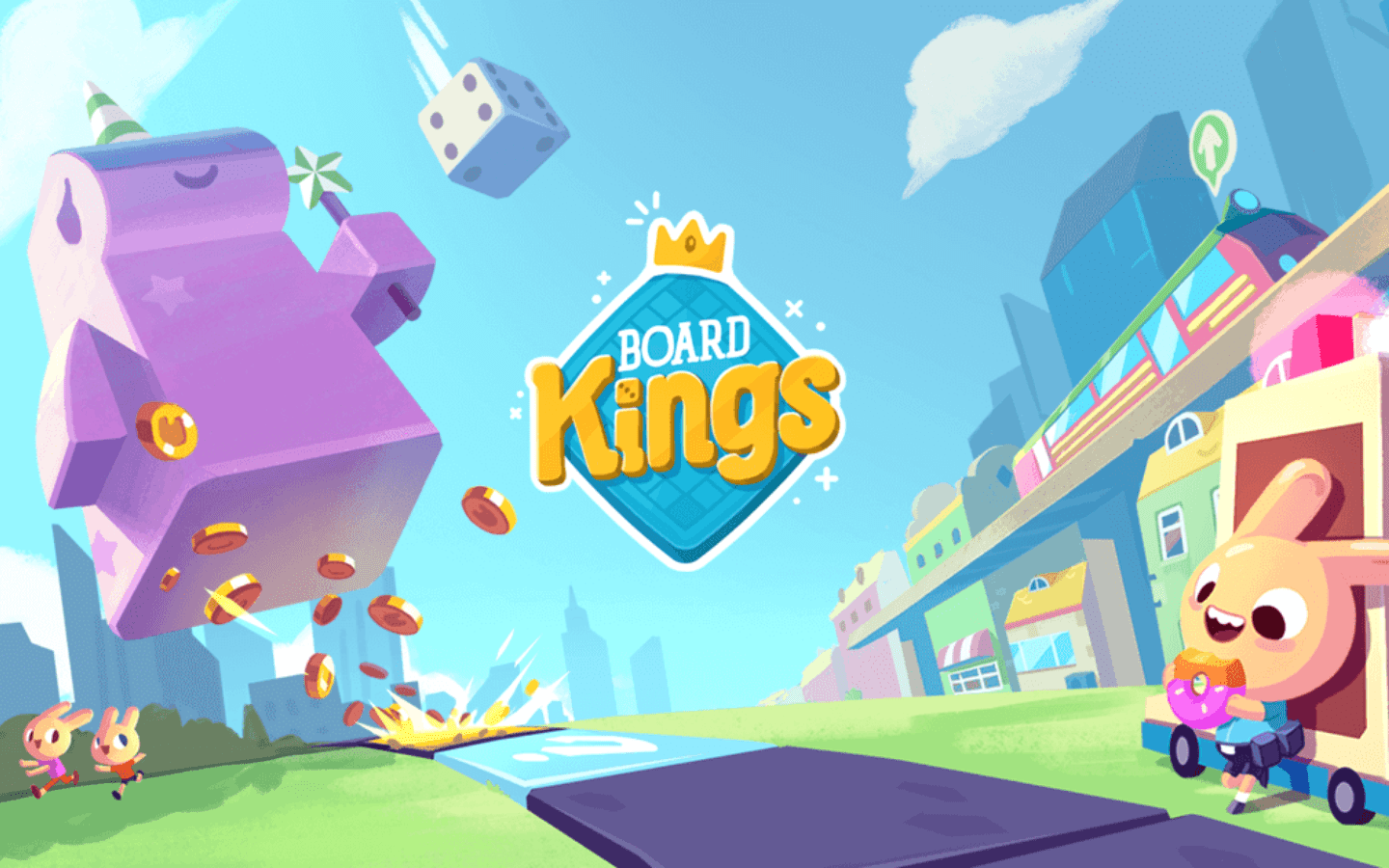 Board Kings is a mobile app created by Jelly Button. The game combines both board game and city-building elements. Think Monopoly meets Sim City.

The object of the game is to build up a city while stealing and destroying other players’ cities. Players gain resources by dice rolling their way around their boards, and the boards of others. Board Kings is available on both Android and Apple.

Board Kings’ play style is similar to board games of the past such as Monopoly. The player rolls dice and moves from square to square. Each move gives the player money, but there are also special tiles on the board which grant additional effects.

How to Play Board Kings

Each player earns four dice rolls every hour. The number of rolls that can be stored is based upon the player’s current level. I am currently level eight and can store 35 dice rolls.

Players roll the dice and move around the board to collect coins. The gold earned from traveling around the board can be spent on upgrading buildings and special tiles. Upgrading all of the buildings on the board allows the player to level up. Leveling grants additional talents and bigger, more detailed boards.

Ride the train to visit other players’ boards. The PVP aspect of Board Kings is where the game really shines. While visiting another player’s board, we can destroy our friend’s buildings and steal their money. This adds a great element for playing with friends. There is nothing better than destroying the board of a loved one….at least for me.

Watch out for those cop cars! Landing on a tile occupied by a police car will send us back to our own board. This helps create a fun sense of tension within the gameplay. Will we be able to spend our gold before another player invades your board? Wise spending is the key here.

Another interesting piece of Board Kings is the vending machine tile. This allows players to buy mystery boxes that unlock additional player tokens. No longer do we have to choose between the car or the dog. Board Kings offers up many tokens that span a variety of themes. I am currently playing as a robot that seems to be filled with, and crying, water.

Later on in the game, you will have the opportunity to buy Landmarks. These buildings can take up the blank spaces on your board. Landing on a landmark will give the player a bonus. There are different landmarks with different bonuses, such as extra coins.

The progression of Board Kings seems fairly standard as far as mobile games are concerned. The upgrades become increasingly expensive as the game goes on. This is what makes leveling a difficult and rewarding process. I have been playing for a little over two weeks at this point and have not yet hit the dreaded wall.

My wife has been playing this game for months at this point. While she does admit that the gameplay has slowed down, she still enjoys playing it every night before bed. Having fun is what matters! After all this time, Board Kings is still one of her favorite mobile games.

While I am not aware of any Board Kings cheats or codes, there are a few strategies that I can tell you about. this game is very heavily based on RNG. However, a good strategy is needed to get ahead.

Here are a few of my favorite Board Kings Tips:

I like Board Kings because it does not take long to play. In order to have an effective run, it is crucial to saving as many rolls as possible. This leads me to play the game once or twice a day when I have hit my roll storage maximum.

The graphics and aesthetics of this game are awesome. I love how the characters are bunnies. The choice of tokens is awesome. The cartoony and fun atmosphere adds a lot of excitement to the game. I think the art style of Board Kings fits well with the mechanics of the game.

I also greatly enjoy the PVP portion of the game. Currently, I am playing the game with my wife and a friend of ours. The friendly rivalry created by destroying each other’s boards is very rewarding.

Are You A Fan Of Board Kings?

Thank you for taking the time to have me show you how to play Board Kings! What do you think of this game? Do you have other similar mobile games that you play? Let me know on social media! Now get out there and roll the dice!