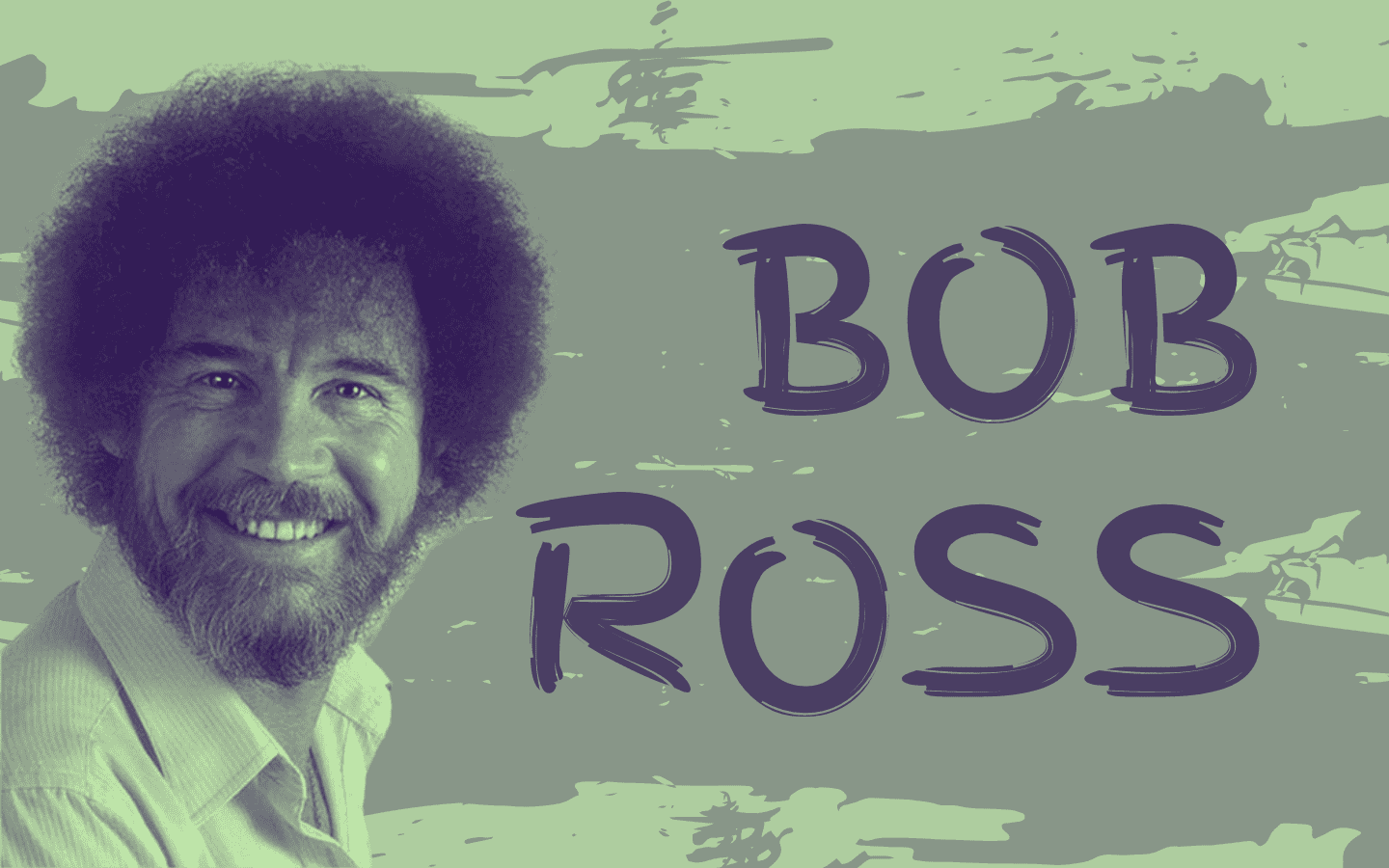 Bob Ross is a famous painter, most known for his art teaching television show on PBS. His show, The Joy of Painting, was on television for over twenty years before Ross passed away in 1995. He may be gone, but he is not forgotten. Bob Ross is still a household name and his work continues to bring people happiness.

What Bob Ross may be known for the most is his positivity. He has inspired and taught many artists over his career, and his joyful nature was a big factor in his popularity.

Today, we want to go over our favorite Bob Ross quotes. If we missed any of your favorites, let me know on social media. Enjoy!

“I believe every day is a good day when you paint.” – Bob Ross

“In nature, dead trees are just as normal as live trees.” – Bob Ross

“I don’t intimidate anyone. Instead, I try to get people to believe in themselves.” – Bob Ross

“I really believe that if you practice enough you could paint the Mona Lisa with a 2 inch brush.” – Bob Ross

“This is your world. You’re the creator. Find freedom on this canvas.” – Bob Ross

“They say everything looks better with odd numbers of things, but sometimes I put even numbers just to upset the critics.” – Bob Ross

“If I paint something, I don’t want to have to explain what it is.” – Bob Ross

“If you learned how to make a cloud, your time is not wasted.” – Bob Ross

“You can do anything here, the only prerequisite is that it makes you happy.” – Bob Ross

“Most painters want recognition, especially by their peers.” – Bob Ross

“In painting, you have unlimited power. You have the ability to move mountains. You can bend rivers.” – Bob Ross

“People see you on television, and they think you make the same amount of money that Clint Eastwood does, but this is PBS, all these shows are done for free.” – Bob Ross

“There are no mistakes, only happy accidents.” – Bob Ross

“There are thousands of very, very talented artists who will never be known, even after they are dead.” – Bob Ross

“Traditionally, art has been for the select few. We have been brainwashed to believe that Michelangelo had to pat you on the head at birth.” – Bob Ross

“If you want sad things, watch the news.” – Bob Ross

“There’s nothing wrong with having a tree as a friend.” – Bob Ross

“Within one hour of touching the brush to canvas for the first time, my students have a total, complete painting.” – Bob Ross

What Are Your Favorite Bob Ross Quotes?

We hope you enjoyed the list of our favorite Bob Ross quotes. Did we miss any of your favorites? Let us know on social media!