This week I got to chat with Ivy Noelle Weir and Kelly Williams about their upcoming comic series Bountiful Garden! 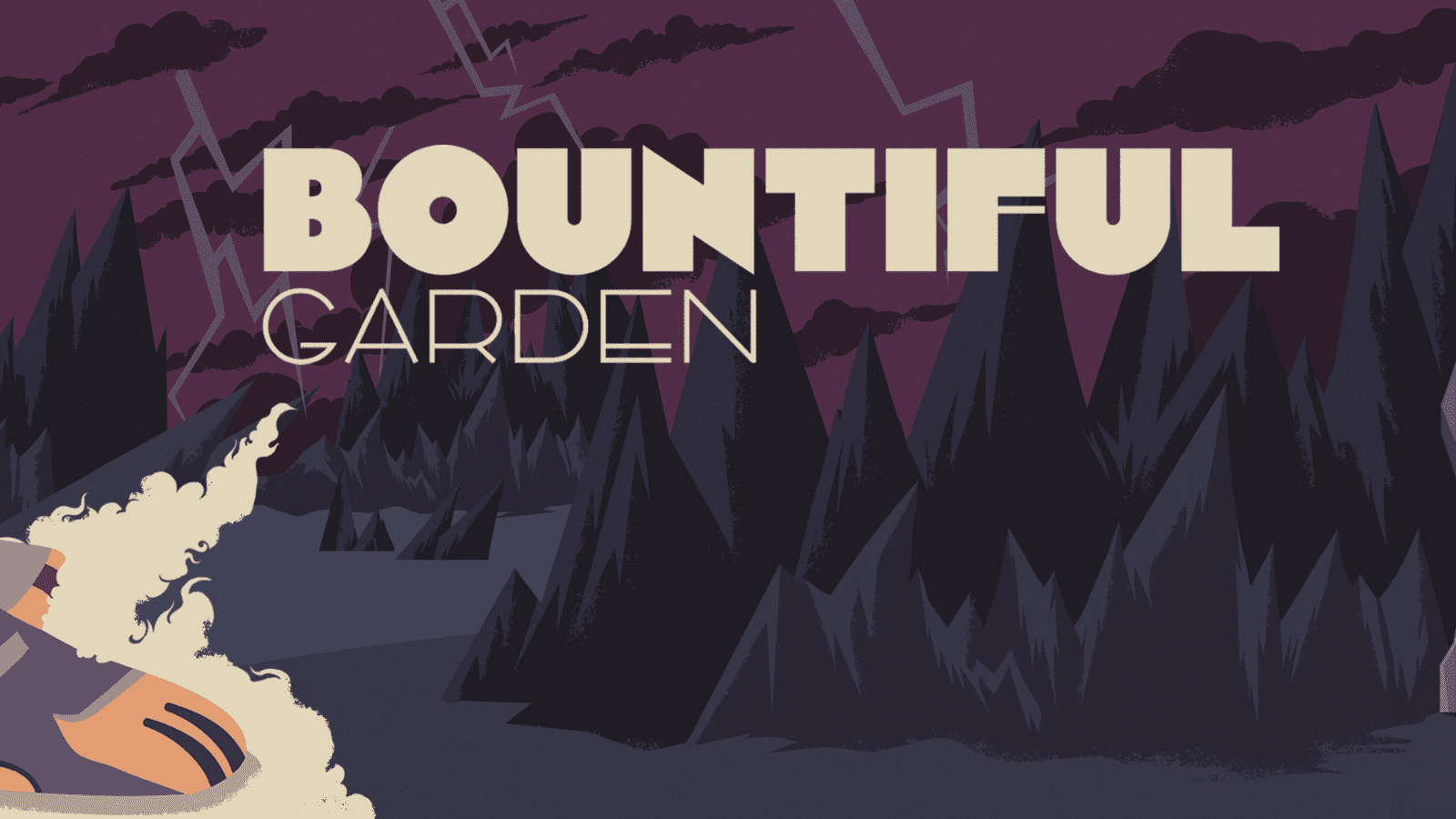 An Interview With Ivy Noelle Weir And Kelly Williams

Thank you for taking the time to chat with me today. Please tell the readers about yourself and the work you do.

Ivy Noelle Weir: Thanks for having me! I’m Ivy, I’m an author based out of Boston, and I’m the writer of Bountiful Garden.

Kelly Williams: Absolutely! Thanks for having me! I’m Kelly Williams and I love exclamation points!! I’m also the artist on BOUNTIFUL GARDEN from Mad Cave and, like, a ton of other stuff.

Bountiful Garden looks like an amazing comic. How did you come up with the concept?

Ivy Noelle Weir: Mad Cave actually approached me with the concept. The idea was very broad strokes, so I got to have a lot of freedom to develop the plot and characters alongside our editor, Steenz. Since the idea brought to me was sort of a unique twist on some classic tropes (“scientists in peril”/ “space mission gone wrong”) I drew a lot of inspiration from some of my favorite pieces of sci-fi and horror – pulp stuff from the ‘60s, The Thing, Jeff VanderMeer’s Southern Reach trilogy. From there, it was awesome to work with the rest of the team to develop the look and feel of the world and characters.

Kelly Williams: Mad Cave contacted me with the beginning bones of the idea. I was super into it. I work in horror largely and had been itching to do something Sci-Fi. So it was just kinda perfect. Once Ivy came on and started developing the full story and we got to world-building etc. it was a pretty fluid process. Basically, Mad Cave said “Hey, this is the idea. Now tell us what happens.” and basically handed us the reigns.

How long have you been making comics? How did you get your start?

Ivy Noelle Weir: I always feel like I’m a tiny baby new to comics, but I realize it’s been like six years that I’ve been in and around the industry! I’ve read comics my entire life, but I guess my entrée into it as a profession began when I started working in a comic book store (shout out to The Comic Book Shop in Wilmington).

I joined a group for women who worked in comic shops, and that’s where I met Steenz, who I went on to co-create my first book, Archival Quality, with (and now worked with as an editor on Bountiful Garden!). We originally intended Archival Quality to be a webcomic but decided to submit it to Oni Press’ open submissions when they had those. They picked it up, and I guess the rest is history!

Kelly Williams: Well.. technically… I’ve been making comics in some way or another since I was about 15 I think? Which means my first mini-comic/xeroxed type thing was probably about 30..years…ago… I kinda stopped for a little while and came back around to it. I didn’t really go for it as a profession or “job” until about 8 or 9 years ago. The first “big” or “pro” gig I did was a story written by Justin Jordan in EERIE for Dark Horse. So, as far as first big gigs go, that was like starting at the top for me.

Ivy Noelle Weir: As a writer who doesn’t draw, I think the biggest piece of advice to anyone in my position seeking to collaborate is pretty simple: Don’t be a jerk. Check that writer’s ego at the door and realize that comics is a team sport. Being communicative and open to change is essential for being a successful writer in this medium. I actually really love the collaborative process in comics, and I think it makes for such a rich final product.

Kelly Williams: There are different types of working relationships in comics. I always try to be easy and communicative. I always like to approach work with new collaborators like making new friends. I think it’s important to remember that it’s people on the other side of these things. You might not end up being friends with everyone but, you should always try to be friendly. Sometimes work is just work. Nothing wrong with that. It’s just always good to be open to suggestions, check egos at the door, and try to have fun. I’ve been pretty lucky. I don’t think I hate anyone I’ve worked with. That’s huge!

Making art, especially comics, takes a lot of time and energy. What strategies do you employ to stay productive?

Ivy Noelle Weir: I have a pretty demanding day job, so I employ what I call “grandpa hours” – I go to sleep early, and I wake up around 5:30 – 6:00 AM to write before work. That way I still have my evenings free to just chill and not work, which helps me avoid burnout and not fall behind on my deadlines.

Kelly Williams: I make sure I always have more work than I can handle. That way I don’t have the option of being unproductive! I’m just kidding. Well… half kidding. I try to work on a schedule of sorts. I have a daytime 9 or 10 a.m. to 4ish p.m. and then in the evenings, I go back to work around 9 until whenever. I’m very easy to distract so I try to keep my head down.

Burnout happens to most creators at some point in time. What do you do to stay motivated and reduce stress?

Ivy Noelle Weir: I feel like I’ve really struggled with this during the pandemic, so I’m not sure what good advice I have to give…if I’m feeling burnt out or uninspired, I usually find myself reinvigorated by going to a convention or seeing other creators, which obviously hasn’t been possible this year! I’ve recaptured some of that feeling by reading a lot. Seeing what my peers are up to and the awesome stuff they’re making makes me feel inspired.

Kelly Williams: I wish I had an easy answer for this… haha. Hanging out with my wife and dogs helps. Reading comics helps keep me motivated for sure. Sometimes when that burnout happens, you just have to give in a little and take a break. Take a day off if you can. You might have to make up the lost time but, you’re probably going to feel better. If you’re doing a lot of work for hire stuff or, just stuff that isn’t YOURS it’s always good to have something of your own floating to the side that you can break away to. Just to break up the grind a bit.

Outside of your art, what do you do for fun?

Ivy Noelle Weir: Oh gosh, anyone who knows me can tell you that I’m like…not a person who has “fun,” haha. I’m terrible at having hobbies! I have a weekly (online) tabletop gaming group that I love and value for a bit of escape and friendship. Other than that, I read a lot, I love going for walks in nature, and my husband and I watch like, every Real Housewives and The Bachelor franchise.

What advice can you give for people who want to start making their own comics?

Ivy Noelle Weir: Don’t focus on “breaking in” with the big publishers and networking with the big names. Find your peers — they’re going to be the ones making really exciting work and you can support each other on your creative journeys in a way that will feel so rewarding. A rising tide lifts all boats – finding a supportive group of folks will allow all of you to advocate for each other and collaborate on things that grow and change the industry.

Kelly Williams: Make those comics! You don’t need a publisher to put out your own comic. Publish it online, xerox it, kickstart it, no matter how you go about putting it out, you have to make it before you can worry about that. Meet collaborators online. Make friends. Make comics.

Do you have any upcoming events or releases you would like to promote?

Ivy Noelle Weir: Well obviously, I hope folks pick up Bountiful Garden issue one on Free Comic Book Day or pre-order the series with their LCS! I also have a middle-grade graphic novel, The Secret Garden on 81st Street (with the awesome Amber Padilla), publishing on October 19 from Little, Brown for Young Readers. It’s a modern re-telling of The Secret Garden and it was so much fun to work on.

Kelly Williams: BOUNTIFUL GARDEN #1 on FCBD and you can pre-order the first issue from your LCS! You can look for my RIVER OF SIN, a short story with TKO productions. I recently did a story with Vita Ayala for RAZORBLADES #4. Tons of other stuff. Loads. All good. Go find it.

Thank you for chatting with me today. Where can the readers find you and your work?

Ivy Noelle Weir: I’m on pretty much every social platform at @ivynoelle, or folks can get in touch through my website, ivynoelleweir.com.

A huge thank you to Ivy and Kelly for taking the time to chat with me this week. Make sure to check out their work, and Bountiful Garden, at the following locations: