Where other tv shows adapted from films shine in feeling like a part of their respective universe season two of Camp Cretaceous falls into some common traps. 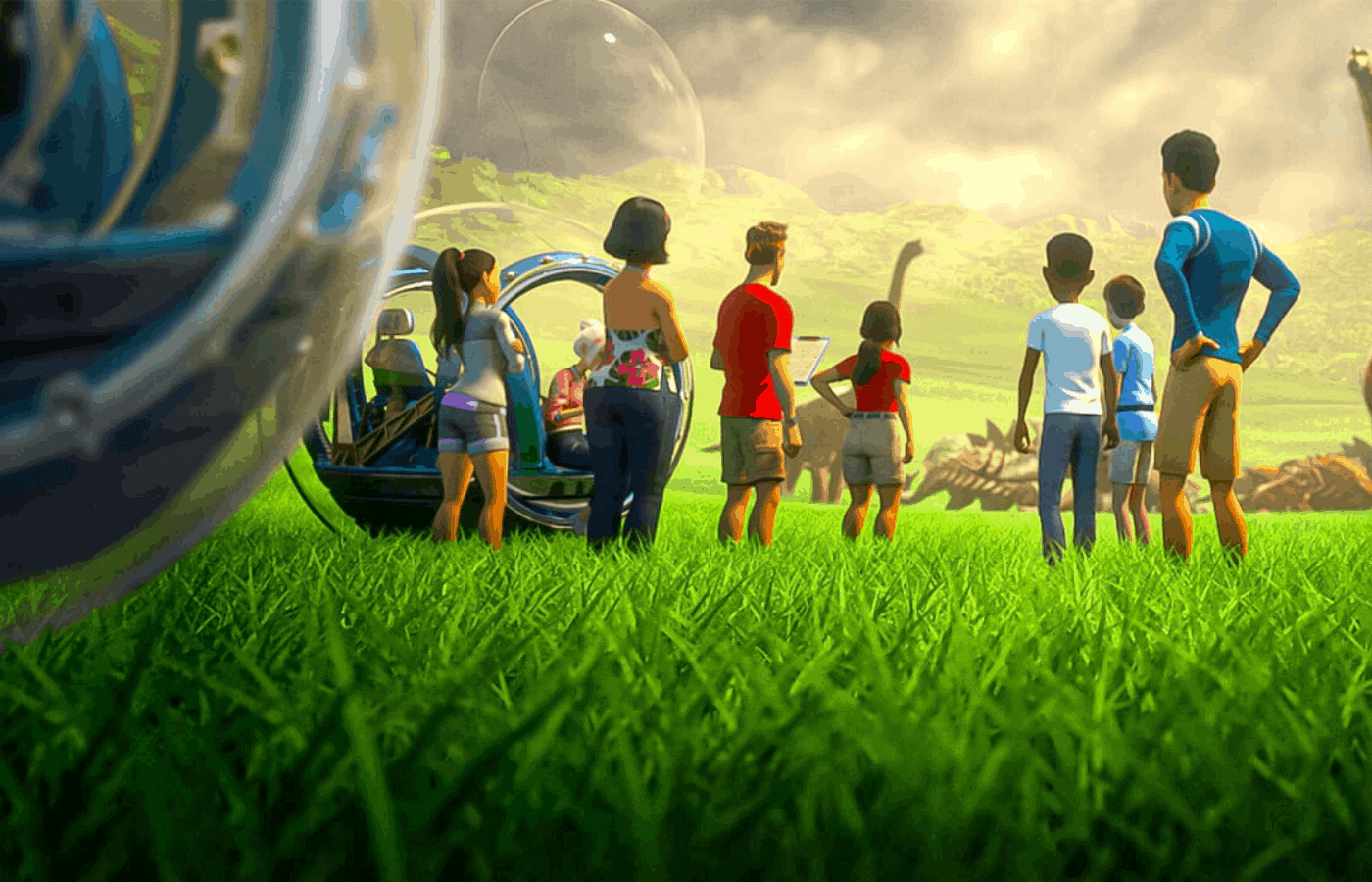 As cinematic universes have grown and become a much bigger part of the pop culture pie, with this growth has come the advent of canonical television shows to flesh out the universes. This trend really kicked off with how much Star Wars connected to shows like The Clone Wars and Rebels in their new films, giving rise to other franchises wishing to do the same.

One type of these tie-in shows include those confined to the realms of non-canon cash-ins such as Men In Black: The Animated Series or The Mummy: The Animated Series. However, with this comes the risk of a show not fitting the lore or just feeling tonally inconsistent with the films on which it is based. Unfortunately, Camp Cretaceous Season 2 falls face first into these potential risks.

Camp Cretaceous Season 2 opens right where the first season ended, picking up only a day or so later after the finale with the cast still trapped on Isla Nublar after being accidentally left behind.

The season then proceeds to show them trying to survive on Nublar, having a two-week time skip in the process, only for a new faction to arrive on the island. This faction includes two big game hunters who have come to the island to hunt the dinosaurs before Nublar is shut down for good.

The animation for Camp Cretaceous is overall decent, moving fluidly and, at some points, looking rather good. The show still struggles with balancing the cartoony designs for its main cast with the realistic looks of the dinosaurs, but they seem to flow together better this time than they did last season. However, the show’s clear lack of budget does hurt it in terms of dinosaur species usage.

This season struggles with a problem from last season, which is the repetitiveness of the dinosaurs that are present. Parasaurolophus, Sinoceratops, and Stegosaurus get old fast when they’re seen constantly rather than mixing it up with other dinosaurs, such as the surprisingly still left out Triceratops, or even something like an Edmontosaurus. The only new additions to the roster of species are the Tyrannosaurus and a pack of Baryonyx.

Though much like the first season unfortunately, Camp Cretaceous’s big issues really come down to the cast, tone, and lack of consistency with Jurassic Park or Jurassic World as a whole. The cast, while voice acted well, are just so cartoony and over-the-top that they don’t fit into the overall grounded tone that Jurassic Park used to have.

Perhaps these characters fit in the now much more over-the-top and silly world that Jurassic World has set up since Fallen Kingdom, but then that creates a problem with Jurassic World’s role in the franchise as a whole.

Examples of the noticeably cartoony characters include stuff like a character fighting a Carnotaurus (the horned meat-eating dinosaur seen in Fallen Kingdom and, in terms of non-Jurassic Park material, Disney’s Dinosaur) and not dying, or the rather bumbling antics of the antagonists of the season. It also doesn’t help that the cast still feels rather underdeveloped and generic to me even after two seasons.

They’re still pretty much consigned to their roles. Brooklynn is the vlogger, Kenji’s the rich asshole, Darius is the dinosaur nerd. It’s also fairly disappointing how the one fun character, the poachers’ guide who turns traitor, dies after only a few episodes without much development or fleshing out. The main cast really hasn’t grown much, with the only change being Ben going from wimp to Rambo in a way which doesn’t feel realistic and just ends up feeling silly. Not to mention how the only actual thing of weight in Season 1, his apparent death, was reversed.

Now many would try to explain this away with ‘well it’s a kids show,’ but that argument has no weight, nor does it hold up to scrutiny. The classic shows of the 90s and 2000s such as Batman: The Animated Series or Avatar: The Last Airbender, for example, show that you can have deep and impactful kids’ entertainment with fleshed-out characters and complex themes. This dichotomy is itself present in Camp Cretaceous Season 2 where at times it seems like it wants to explore complicated subject matter like trauma or animal rights, but does not have the range to do so.

Its exploration of animal rights is merely just the revelation that “hunting is bad,” which feels more at home in an after-school-special. Similarly, its depiction of trauma is conveniently wrapped up by revealing that Ben didn’t die after all, a slap-dash conclusion that prevents Darius from having to overcome his guilt at what happened.

Not to mention the season’s various silly plot elements and mistakes such as saying Stegosaurs can…shed their plates? Or how the main bad dinosaur from last time, Toro the Carnotaurus, is apparently still alive despite having been caught in an explosion last season and getting burns all over its body. Let alone stuff like Ben’s Ankylosaurus, Bumpy, acting like a dog rather than a realistic animal. This all contributes to the tonal issues present in Camp Cretaceous, where you’ll have moments like a dinosaur being killed followed up by goofy jokes or gags that don’t let the moments breathe.

Again, many would cite that its status as a cartoon is to blame for its faults, but many animated shows intended for children have handled these kinds of things much better. This all contributes to Camp Cretaceous just not feeling consistent with the franchise it’s meant to be a part of. While Fallen Kingdom pushed things into a sillier direction, with stuff like Owen escaping from lava in a ridiculous scene, or stuff like the Indoraptor’s grin before killing people, it still overall kept a feeling of seriousness and weight.

This seriousness is just not present in Camp Cretaceous where deaths are off-screen and mostly only for bad guys, while kids can survive on an island by themselves. It breaks the feeling of immersion with the franchise that it’s meant to be a part of, and while this would be fine for a non-canon kids show, this does not work for a show that is trying to be Jurassic World’s Star Wars: Rebels or Star Wars: The Clone Wars.

Where those shows shine in feeling like a part of Star Wars due to the fact that they are able to maintain the tone and seriousness inherent to Star Wars while making subtle shifts necessary to be appropriate for kids, Camp Cretaceous just entirely swerves into being mindless entertainment for kids.