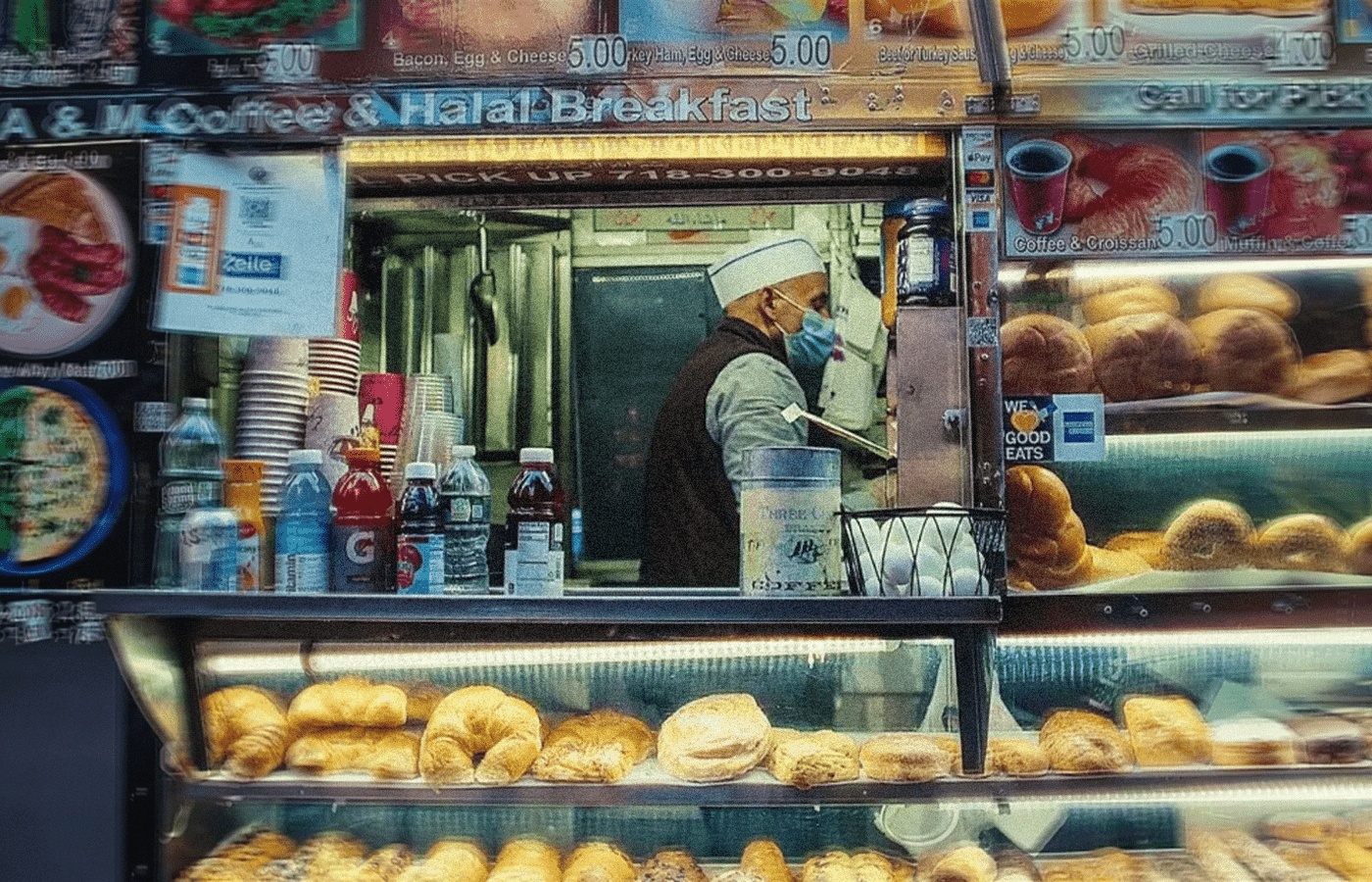 Food is one of the last things we have that unites us these days. There is a rich aspect of culture behind the things we eat. There’s a story to the food we make even if we’re not the best cooks in the world. It tells a story of us and who we are and where we came from. At least that is the overall message of the newest installment of the Netflix documentary series Street Food: USA. Created by David Gelb and Brian McGinn. The show that has traveled to Latin America and Asia for the first two volumes now is brought to the states to show us the diverse food that makes up American cities and the stories behind them.

In the recently released season, the show takes its viewers from the busy hustle and bustle streets of New York City, down to the sunshine and heat of Miami, across the gulf to New Orleans. Then out West to the streets of Los Angeles street food markets, back out to the sunny island life of Ohau, and the gloomy yet friendly pacific northwest in Portland. Each episode clocks in at around thirty minutes. You could binge all six episodes in the morning after breakfast, work that appetite back up, and head out to a local food truck to give your support to the small business owner for lunch. Each episode has a few different interviews with locals and their culinary establishments. But there is a stand-out main segment in each episode about one business owner and their journey to serving the food people love in their community.

In the opening episode, we take a look at Latin American food that plays a big part in Los Angeles. The food market that takes place as the sunsets on the city and into the night brings out cuisine from families that have immigrated from Mexico, Guatemala, Colombia, Ecuador, and Venezuela. The main focus of the episode is on Juan Carlos “Billy” Acosta, who has been running Carnitas El Momo for about four years now. His story is one of loss when a family member of his was taken from him too soon. This became a crossroads moment in his life as he then decided to follow in his father’s footsteps with the family business of providing food from a roving trailer and then turning it into a dining location in Monterey Park, California.

It seems that the city of Portland has a cluster of food trucks and/or tiny little food huts cordoned off at every other block. Places like Ruthies, run by Colin Mohr can be found there. A hot spot named after his grandmother who provides him with her personal recipes for his menu. Or Matt Vicedomini who runs Matt’s Barbeque Tacos. He has been serving brisket tacos to the city of Portland for seven years. The episode gives us a compelling story of Thuy Pham, who runs an all-vegan eatery Mama Dut. Thuy was a baby when her mother fled Vietnam and took the children and eventually landed in Portland, Oregon, to begin a life in America. The name “Mama Dut” comes from when Thuy’s daughter would say it when she wanted food as a baby. “Dut” means ‘to feed’ in Vietnamese.

RELATED: Resident Evil (2022) Review: A Biohazard Of A Series

New York City is a place that has held strong during a lot of traumatic times. 9/11 is the big tragedy that people think about and how the city bounced back. More recently, the coronavirus pandemic that ran rampant in the big apple is something that is still fresh in people’s minds that live there, especially Tami Treadwell of Harlem Seafood Soul. A food truck that has nothing but soul food on the menu. Tami treats everyone that walks up to her truck like family which is located on 125th Street in Harlem, New York. Like New York City, Tami has had challenges to overcome in her life. Years ago, she had to take a leave of absence from her job due to her cancer treatments at the time. Upon her return, she was let go. Another heavy blow was her husband dying from Covid during lockdown. Through her personal hardships, she has been able to keep her food truck going as one of the staples of food in Harlem, and in her spare time, she teaches her grandchildren the recipes of the food she serves.

The New Orleans episode highlights some food that you immediately think of when you think of the city. One main attraction is Frady’s One Stop. A place nationally known for its po boys. Snoballs are also a staple of a New Orleans snack on a hot summer day. The corner shop Hansen’s Sno-Blitz is highlighted. An establishment that dates back to the owner’s grandfather, who in 1934, invented the first electric ice shaving machine. The real heartbeat of the episode is Ms. Linda Green, owner of “Ms. Linda’s Soul Food”. Linda takes a lot of pride in what she cooks. She seems like the smartest person in town when it comes to the fusion of cultures in regard to the food in the city. Her most famous dish is the yakamein, a creole beef noodle soup. The episode states that locals like to eat the dish to cure a hangover.

Local street food chefs in Oahu, Hawaii have a strong farm-to-table mindset with the vegetables they use, and the seafood they cook to craft their dishes. Romy’s Kahuku Prawns and Fish are just that. They serve fresh delicious garlic prawns that they harvest from their pond near their restaurant. Da Bald Guy food truck is now run by James Martin. He learned everything he needed to know about cooking from his father. The episode at times hints at their dysfunctional and yet loving relationship as father and son. James has more of a relaxed, fluid approach to cooking, and his father Leonard came at cooking with a more aggressive approach. As of now, the two are a team in the kitchen, although James runs the overall business now.

RELATED: Introducing The First Ready-To-Drink Canned Vietnamese Coffee Cold Brew And Why You Should Care

Miami, like Los Angeles, is a city built on its Latino culture. That is highlighted in the segment on Luis Galindo’s Latin American Restaurant and their famous Cuban sandwiches. But what the episode also does really well is highlight the Haitian culture that makes up sections of the city. Noam Yemini owns Naomi’s Garden Restaurant and Lounge. The eatery was founded by his parents, who named it after his grandmother, Naomi. Lastly, Larry D. Reaves Jr. was known by most as the “Souseman” due to his “World Famous Souseman Barbeque”. Larry’s transition into cooking spawned a reality check and divergence onto a more positive path in life, as he once was a gang member. The Souseman cooks a splendid broth of flavors at his Miami Gardens home regularly, and people come from all over to eat it on a bench in his driveway.

What this installment of ‘Street Food’ does differently is that it proves the point of America being a melting pot. The series does a great job of enticing the audience with a lot of different dishes that are served across the country. But it also reminds you that we are all people that come from somewhere with diverse backgrounds and we all have a story to tell. All the chefs on this show come from different backgrounds but they all share a common goal with their craft; everybody needs to eat, and the joy they get from serving their dish to them.