Lovecraft’s existential horror will further as humankind keeps uncovering and facing their selves. So why is cosmic horror so effective? 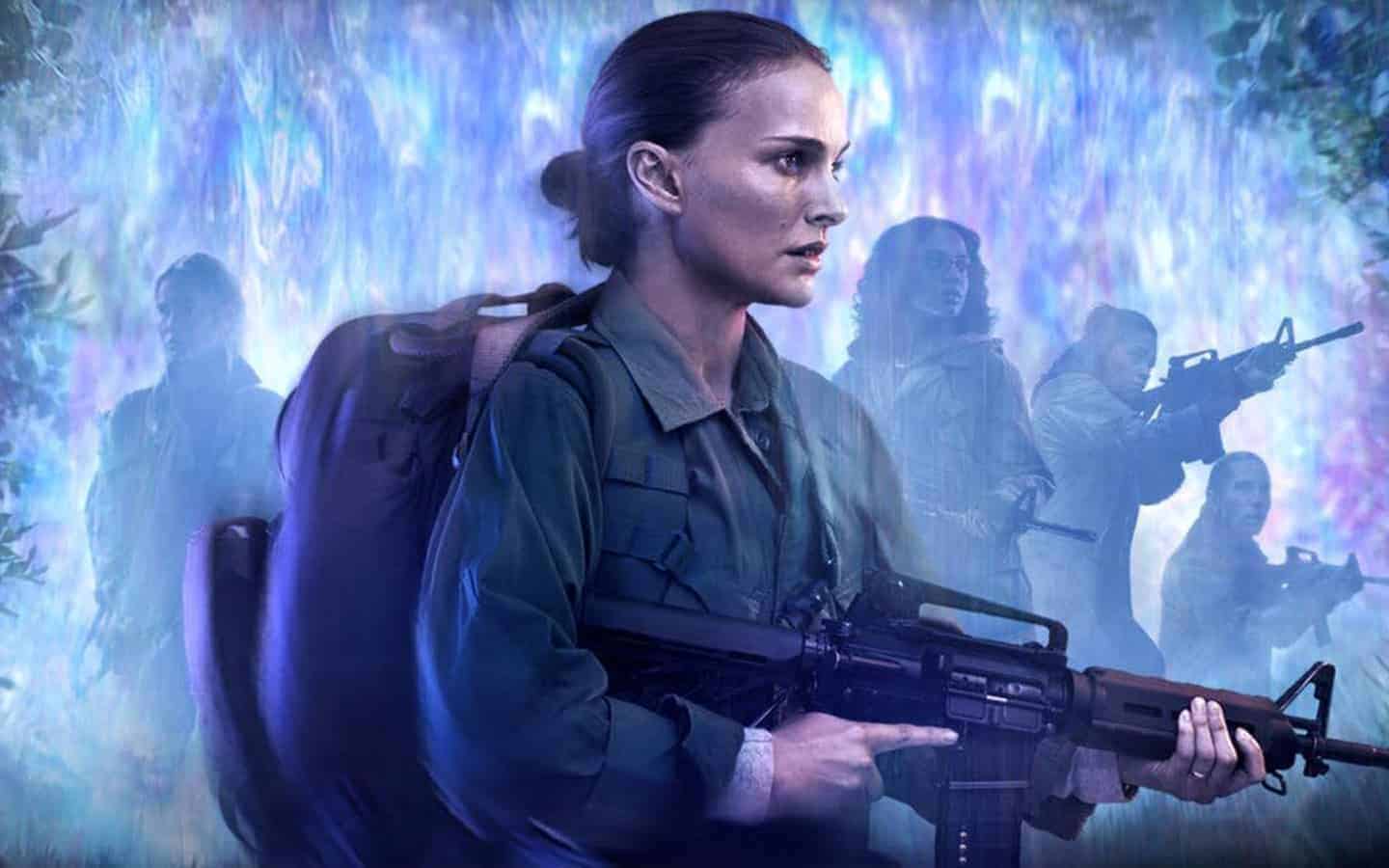 What Is Cosmic Horror?

Kosmos, the Greek word for Cosmos which means order or a world as it defines the universe as a well-ordered whole. Existentialism, a philosophical field where we study ourselves and how we conduct into the environment we live in. H.P. Lovecraft, a creator who made a universe where terrors from unknown origin blend among us.

These two movements became a single pillar among the horror genre by bringing existential and cosmic horror to the forefront during some of the most difficult times in human history. What happens though when the natural order is broken down? What happens when our trust in the universe is dismantled?

Where Did Cosmic Horror Come From?

The devastation of World War II claimed around 60 million deaths, prompting the foundation of the United Nations with the purpose to prevent such a catastrophic war. The aftermath of World War 2 created a new literary wave of writers by bringing their experiences on topics like The Holocaust, totalitarianism, Nazism, and finally Existentialism.

The U.S. experienced a boom of literary movements from African-American authors, female authors, queer authors and many more that tackled race, gender, sexuality, journalism, inequality, crime, and many more as times changed. Thus, the tragedies of World War II gave hope to diverse writers in examining the repercussions of war, human behavior, and existential threats that keep continuing nowadays.

Long before the global wars, a philosophical movement called Existentialism was created as a literary phenomenon by Jean-Paul Sartre followed by Soren Kierkegaard and Friedrich Nietzsche in the 19th century.

Existentialism flourished in Europe in the 1940s and 1950s as it disseminated through postwar literacy combined with the philosophical views of Sartre and his associates: Simone de Beauvoir, Maurice Merleau and Albert Camus. In this century, Existentialism made impacts on theology and psychology in claiming that human beings can be understood neither as substances with fixed properties nor as subjects interacting with a world of objects.

Thus, Existentialism is governed by the norm of authentic behavior as it revolves around the human character as a gesture of protest against academic philosophy, its anti-system sensibility, and its flight from the “iron cage” of reason. Many philosophers wrote with passion and urgency in their works. These authors detailed topics regarding dread, boredom, alienation, the absurd, freedom, commitment, and nothingness.

The cultural movement of Existentialism is in the past, but its philosophical inquiry extends today as it expands studies in modern science, gender, race, religion, and technology. The breakthroughs in Existentialism influenced American author Howard Philips Lovecraft (H.P. Lovecraft) in writing science fiction horror stories from 1917 to 1937. As a child, Lovecraft was inspired by Edgar Allan Poe’s horror works as well as Astronomy in developing his own terrifying stories.

Famous works like At The Mountain Of Madness (1936), The Shadow Over Innsmouth (1936) and The Call Of Cthulhu (1928) staged the foundations of Cosmic Horror. This horror subgenre focused on the unknown foreign terrors where humankind discovers that the nature they think is normal is twisted in unnatural ways that can’t be comprehended. It is commonly associated with the frequent use of space, alternate dimensions, creatures, and the physical transformation of the human body. Lovecraft’s works reflected his existentialist views as quoted here:

He also stated according to American Heritage magazine,

“all of my tales are based on the fundamental premise that common human laws and emotions have no validity or significance in the cosmos-at-large.”

In Cosmic Horror, Lovecraft’s views are perfectly stated with themes like fear of the unknown, psychological horror, organic mutations, science, and religious weaponry. H.P. Lovecraft’s manga adaptation of The Hound and Other Stories as well as At The Mountain Of Madness by Japanese manga artist Gou Tanabe reflected terrifying creatures stories tied to the Necronomicon (introduced in The Call Of Cthulhu). The story featured social themes such as isolation, mystery, science, commitment, human vs. human, and human vs. nature.

The Temple is set during WWII where a German submarine where the crew goes insane amid the discovery of an artifact belonging to the lost civilization of Atlantis. The Hound tells the curse that two grave robbers who steal a cursed artifact which unleashes a terrifying flying beast in Europe. The Nameless City is set in the Arabian desert, an explorer uncovers a hidden temple of a lost civilization that releases an array of creatures.

Into the Mountains of Madness

At The Mountain Of Madness details the terrifying groundbreaking discovery that the Miskatonic Antarctic Expedition saw in 1931. The expedition crew soon discover a savage cosmic entity that they learned in the Necronomicon book with unsettling agendas.

As the crew is being brutally mutilated in the coldest territory of the world, others are trying to search for solutions to defeat the monsters. These Lovecraft’s samples highlight the crafted bridge between the cosmic mythos and the existentialism that plagued Lovecraft’s era by introducing creatures from cosmic realities tied within our cultures and societies.

It also presents a shared universal egotism where cosmic horror disregards the ego, triggering a scary nature on the individual. Another theme is the Elder Gods that Lovecraft introduces in At The Mountain Of Madness with Elder Things; gods beyond the comprehension of man but whose genius lies there.

Exploration is the theme that triggers the events but is twisted by the egotism of the explorers. Human beings have always been interested in exploring the outdoors and their existence which is affirmed by Cosmic Horror; however, as we imagine what lies at the end of that discovery, Cosmic Horror thrives in displaying it at full force with devastating consequences.

In pop culture, the existential horror (or cosmic horror) that Lovecraft created can be found in films like Ridley Scott’s Alien franchise. Its main creature, the Xenomorph wreaks havoc across the darkest corners of space.

Justin Benson and Aaron Moorhead’s double feature of Spring and The Endless enters into Cosmic Horror movie territory by equalizing the fear of the unknown with the fear of existence. In addition, both films rely on the importance of choice in deciding how you’ll spend your life as the key in the search of free will and mold your existence.

Alex Garland’s Annihilation delves into and introduces the alien mutated nature of The Shimmer to highlight Earth’s organisms as mere beings in constant existential changes, subverting the laws of biology. Similar to the John Carpenter classic The Thing where the human form is deconstructed and weaponized into something horrific.

Panos Cosmatos’ Mandy offers the overdose of LSD to deconstruct human sensations as well as a new version of cosmic horror tackling the personal nature of the idea.

In video games, the Dead Space franchise is inspired by the Alien franchise while delving into Unitology as a religious factor of discovery and fear of the truth of our existence. Observation takes the literal terror of loneliness and isolation as a psychological factor in surviving and facing your own existence and the alien being that wants to take advantage of it. Finally, Control takes us further into cross-reality as we examined the literal bridge between reality and the unknown as two dimensions in constant battle.

The foundations of Existentialism relied on our understanding of our existence and the way we behave with one another and our environments. Therefore, is a constant struggle that passes from generation to generation till today. The rapid world changes of the 20th and 21st centuries marked breakthroughs in science, politics, economics, and communication. However, the tragedies of WWI and WWII paved the way for these changes as well as a mirror into our society and humanity. As H.P. Lovecraft enters the stage in these global uncertainties, he uses his literacy skills to draw a bridge between our behavior and the foreign terrors that plague us.

Like so many postwar writers expressing their experiences by introducing hopes from tragedies, Lovecraft instead maintained the reflection of the world and its inhabitants. Lovecraft’s stories regarding cosmic horror sparked a new generation of horror writers to pursue their own search of the unknown while diving into our own presence. No matter the medium, Lovecraft’s existential horror will further continue as humankind keeps uncovering and facing their own selves.