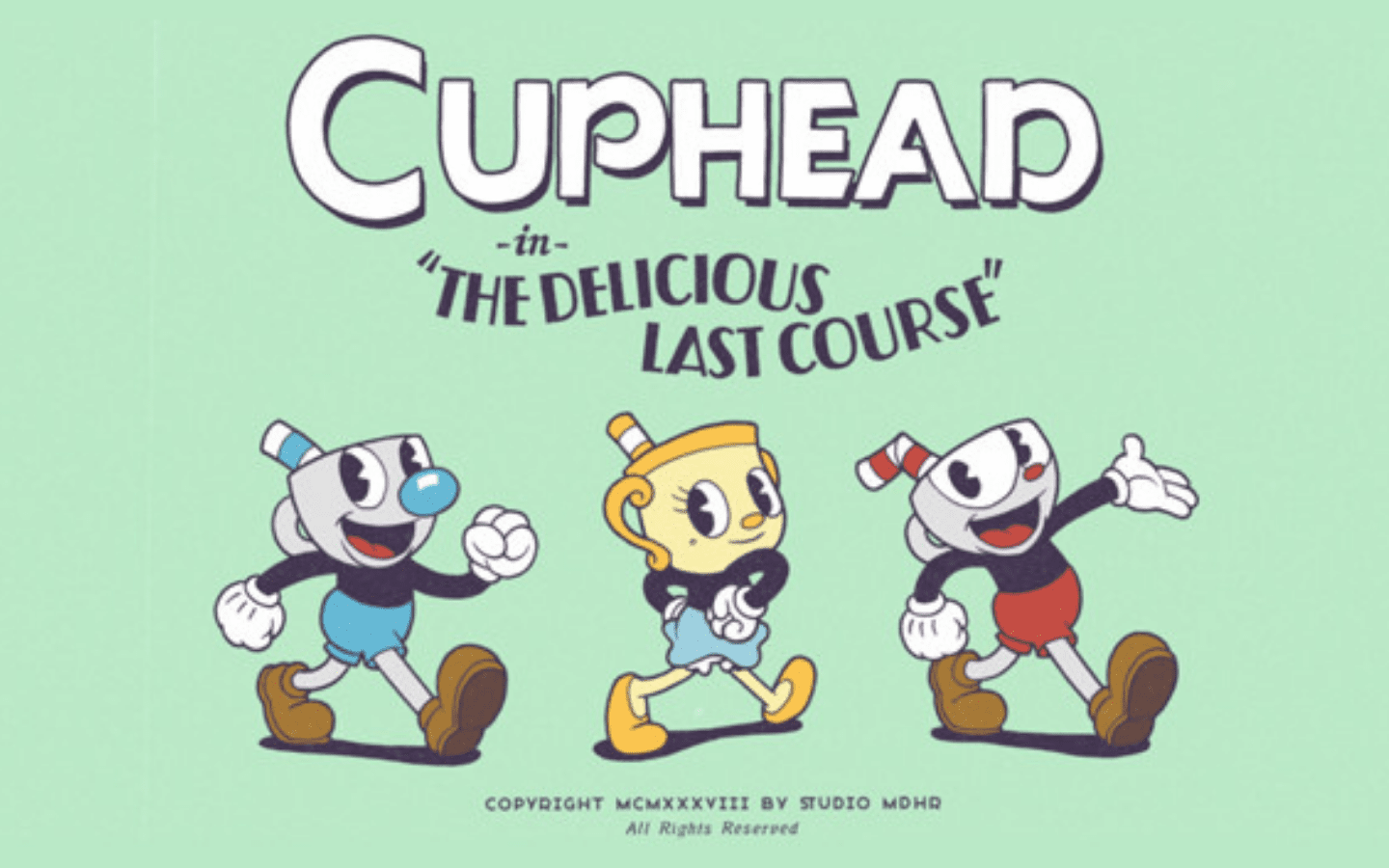 At the 2021 Game Awards, we were greeted with the first look at the new installment in the Cuphead franchise. Fans of the game have been anxiously waiting for the next piece of the notoriously difficult sidescrolling shooter.

The trailer refers to the new levels as ‘D.L.C. Island’. This is a clever and humorous play on words, since we know the DLC is titled ‘The Delicious Last Course’.

This new chapter in the Cuphead canon brings a bunch of new boss fights. The trailer shows some footage of these boss fights, including a cow sheriff, an ice wizard, and a donkey knight.

It also looks like there will be a new playable character to the series named Ms. Chalice. While we don’t know much about how this will affect gameplay, it is awesome to see this series expand its main cast of characters.

Cuphead: The Delicious Last Course is set to be released on June 30th of 2022. This means that if you have not yet played Cuphead, you have six months to get good! If you are a Cuphead veteran, you may want to shake some of the rust off before diving into this new expansion.

I have been a fan of Cuphead for some time now. As a lover of difficult games such as Dark Souls and The Binding of Isaac, I immediately felt right at home in this boss battle-driven video game. I can’t wait to see what happens to Cuphead and Mugman next. I also can’t wait to greet Ms. Chalice into my lexicon of video game characters.

A First Look At The New Cuphead Boss Fights

The mountain giant is the first boss fight we get to see in the trailer. It looks as though it will be a platform-style fight, similar to the flower and dragon bosses in the original game.

One part of the trailer shows Cuphead fighting an ice wizard in what looks to be some sort of arena. Surrounded by an audience, the boss attempts to hit our heroes with a giant orange whale.

To me, this was the most interesting gameplay scene in the trailer. Unlike the other boss fights in the trailer, this is a plane-based fight that we are used to from the original game. It looks as though the sheriff is equipped with a vacuum that sucks up debris that must be dodged by the characters.

In the trailer, we see gameplay footage of Cuphead and Mugman fighting a donkey wearing knight armor. We see the knight slash at Cuphead, only to be quickly out of breath.

Are You Excited For The Delicious Last Course?

Did you watch the trailer for the new Cuphead DLC? What did you think? Let us know on social media!