With the recent release of Cyberpunk 2077 and the upcoming release of The Matrix 4, cyberpunk has never been far from the collective. But why? 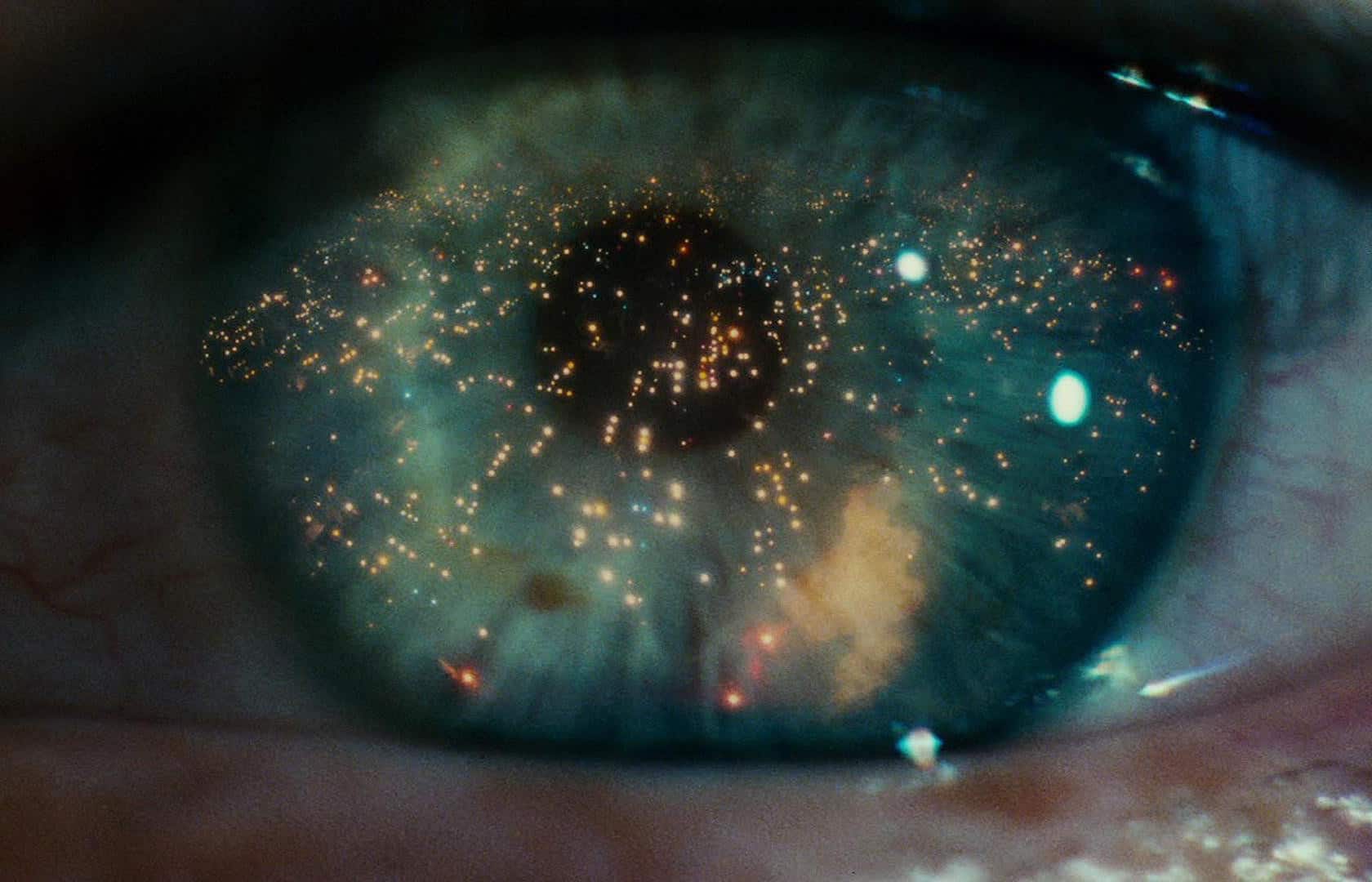 With the recent release of Cyberpunk 2077 and the upcoming release of The Matrix 4, cyberpunk has never been far from the collective. But why?

To answer that question, we first have to figure out what the hell cyberpunk actually is. On the surface, it’s a mixture of science-fiction and noir with just a splash of dystopian styling thrown in. Think of the dark, rain-soaked, neon lit, overpopulated streets of Blade Runner. Or, the desolate world of Akira, and the barren wasteland of the ‘real world’ in The Matrix, the definition of cyberpunk becomes quite clear. But according to Jordan Weisman, the designer of Shadowrun,

“Cyberpunk, at its core, is about the dehumanization of humanity.”

And this is where we run into trouble. For many, there are countless ways to define this sub-genre, but most go solely off the images they see or create in their mind’s eye. Going beyond this, it is clear that cyberpunk is working on a different level to most of the popular science-fiction sub-genres like steampunk or dieselpunk. For starters, as YouTuber Indigo Gaming says in his multi-part video series on the subject of sub-genre, “It’s hi-tech, low-life,” meaning that an equally true definition of cyberpunk is the meeting of the most advanced technology imaginable mixed with criminals, mercenaries, private detectives and the undesirables of society.

That is the power of this fascinating genre. Cyberpunk can make us think while providing superb entertainment and a fascinating look at potential futures. But how did it come about? Why is it so popular and long-lasting?

Any fan of science fiction knows the name Philip K. Dick. He is the author of seminal works such as, A Scanner Darkly, The Man In The High Castle, the short story Minority Report and of course Do Androids Dream of Electric Sheep?. Nearly all of his works revolve around the ideas of human identity and reality. Time and time again, he went back to the common elements of simulacra, drug abuse and the blurred lines between mega-corporations and authoritarian governments. Sounds about right for cyberpunk?

Many would agree that Do Androids Dream of Electric Sheep? is the first novel/written work that could be considered cyberpunk. Published in 1968, it predates what others would say is the true birth of the genre as literature William Gibson’s Neuromancer (released in 1984). Whereas Neuromancer brings the idea of hackers and cyberspace into the fore, Do Androids Dream of Electric Sheep? has all the standard tropes we know and love; a dystopian setting (in this case after World War Terminus), mega-corporations that basically run the world, synthetic life-forms and the existential dread that we are synthetic and our personality is not real.

Now, all discussions of Dick’s novel always go to the fact it was the inspiration for the Ridley Scott movie and visual language of cyberpunk, Blade Runner (I promise we will get there). But what makes Dick such a powerful figure for us is that many of his works deal with similar themes again and again. Unfortunately, he never saw the fruits of his labors, since he died from a stroke shortly before Scott’s movie adaptation was released in theaters.

The other name that always comes up, and is widely recognized as (apart from Scott) the other man to bring cyberpunk into the public’s eye, is author William Gibson. His trilogy of books, The Sprawl Trilogy (Neuromancer, Count Zero & Mona Lisa Overdrive), is set in a world that fans of the genre are all too familiar with; megacorporations, bleeding edge technology, cyberspace, artificial intelligence, cybernetic modifications, and of course, the first appearance of a hacker as a main character.

Upon the release of Neuromancer in 1984, the book wasn’t a critical success, but it did hit a sub-cultural nerve and went on to be THE book for fans of the genre and became the gold standard of this particular style of storytelling.

If we look at how cyberpunk in England, the USA and other western countries developed and took shape, it is clear that there was a primary focus on the fears of capitalism and the state joining to become one entity that controlled every facet of our lives. But across the sea in Japan, cyberpunk was taking on a completely different shape and form.

During the 80s, there was a technological and economic boom that gave most people a certain amount of freedom in spending and gaining access to the newest technologies. And through this, the beginnings of what would eventually become known as ‘Japanese Cyberpunk’ came about.

One of the most well-known is the 1989 Shinya Tsukamoto movie, Tetsuo: The Iron Man. While the 1988 adaptation of Katsuhiro Otomo’s manga Akira came beforehand, there is a singular difference between the two that would clearly define the staples of the subgenre. With Tetsuo: The Iron Man, the focus is on the metallic imagery and the incomprehensible feeling of being trapped in a waking nightmare.

Watching the movie, one can’t help but feel the tragic transformation (which is very similar to a David Lynch movie) and that we are stuck in that same horrific waking dream. And that the further along the Salaryman’s ordeal goes on, the metal itself becomes almost like a dread lover. The finale, as over-the-top as it is, tells us all we have to know about the future of the subgenre; there is beauty in metal and technology and that we are doomed to become one with it.

Akira, both the 6 volume manga and the 1988 animated movie, deals with similar themes. But the biggest influence to come from it was the visual style. The amazing artwork on display, showing a ruined and crumbling Neo-Tokyo, always takes one’s breath away. Each of the 160,000 animation cells gives fluid, smooth motion not seen since or before. The lighting effects and the little amount of CGI used all came together to give us the perfect view of a cyberpunk dystopian. And where Tetsuo: The Iron Man shows the hi-tech melding with the low-life perfectly, Akira spawned some of the most famous cyberpunk animes of all time; Ghost In The Shell, Bubblegum Crisis, Battle Angel Alita, Neon Genesis Evangelion and to a lesser extent Cowboy Bebop.

When Dana and Lana Wachowski went to Joel Silver to discuss making their seminal cyberpunk movie, 1999’s The Matrix, they showed him Ghost In The Shell and, rumor has it, they said to him, “We want to do that…But for real!” Rumors aside, the similarities are hard to ignore; the digital rain effect seen throughout The Matrix are strikingly similar to the opening credits of Ghost in the Shell, Agent Smith’s and Morpheus’ philosophical musings resemble Major Motoko Kusanagi’s own monologues, in both movies people use sockets on their necks to enter cyberspace, and both have amazing displays of violence and plenty of techno-jargon.

This was the movie that catapulted cyberpunk into the spotlight for the general public. Of course, there were other cyberpunk movies to come before; Paul Verhoeven’s 1987 masterpiece RoboCop, his 1990 sci-fi romp adaptation of Philip K. Dick’s Total Recall and Alex Proyas’ 1998 Dark City. But unfortunately, out of all of them, though, The Matrix is still the single most recognized piece of cyberpunk the public has.

What most of these movies have in common, and it has now become a predominant part of the sub-genre, is the element of body horror; Alex Murphy’s transformation and crisis of self, Doug Quaid’s identity crisis and the horror of Mar’s mutants. And then, you have the Murdoch’s battle with The Strangers in Dark City. Each of these are perfect examples of the slow evolution of a genre. Of course, there have been countless other movies to come out featuring all the elements of cyberpunk, but none has made an impact like those mentioned above.

On the small screen, the big boys of cyberpunk are Max Headroom, Dark Angel, Dollhouse, Caprica, Westworld, Mr. Robot and Netflix’s Love, Death & Robots and Altered Carbon. Watching an episode of Altered Carbon, one would be forgiven for mistaking it as a sequel to Blade Runner (even though we got one with Blade Runner 2049). The constant rain soaked, overcrowded streets shrouded by neon lights and Asian influences unabashedly imitate the original. The noir elements seem to have come right from it and that is where we run into some problems.

A rushed release of the flagship game for next generation gaming consoles, 2020’s Cyberpunk 2077 was intended as the shining light of the future. Taking its stylistic choices from where else, Blade Runner, Cyberpunk 2077 has all the hallmarks of the genre. The neon, hi-tech, low-life visual style and hacking elements with all the noir elements to make a diehard fan drool.

Unfortunately, the subgenre’s best features only go skin deep. A flawed game that was touted as being the latest and greatest open world, first-person shooter, what the public got was a mess and hurried patches. What should have been the start of a Cyberpunk Second Wave has instead left people disappointed and thinking that all cyberpunk has to offer are cool images, bright neons and fluorescent hair.

Thankfully, December 2021 will see a return to form with Lana Wachowski’s solo directing debut, The Matrix 4. Right now, very little is known about the upcoming sequel, but what we do know is that Keanu Reeves, Carrie-Anne Moss, Jada Pinkett Smith and Lambert Wilson are returning in their original roles. With filming well underway, Matrix 4 is poised to be a return to not only the green-tinged world but also to what could be considered true cyberpunk.

But the future is unclear for this subgenre, and whatever comes will be interesting to watch, and hopefully the subgenre will continue its evolution and not become stagnant like so many other science-fiction subgenres.