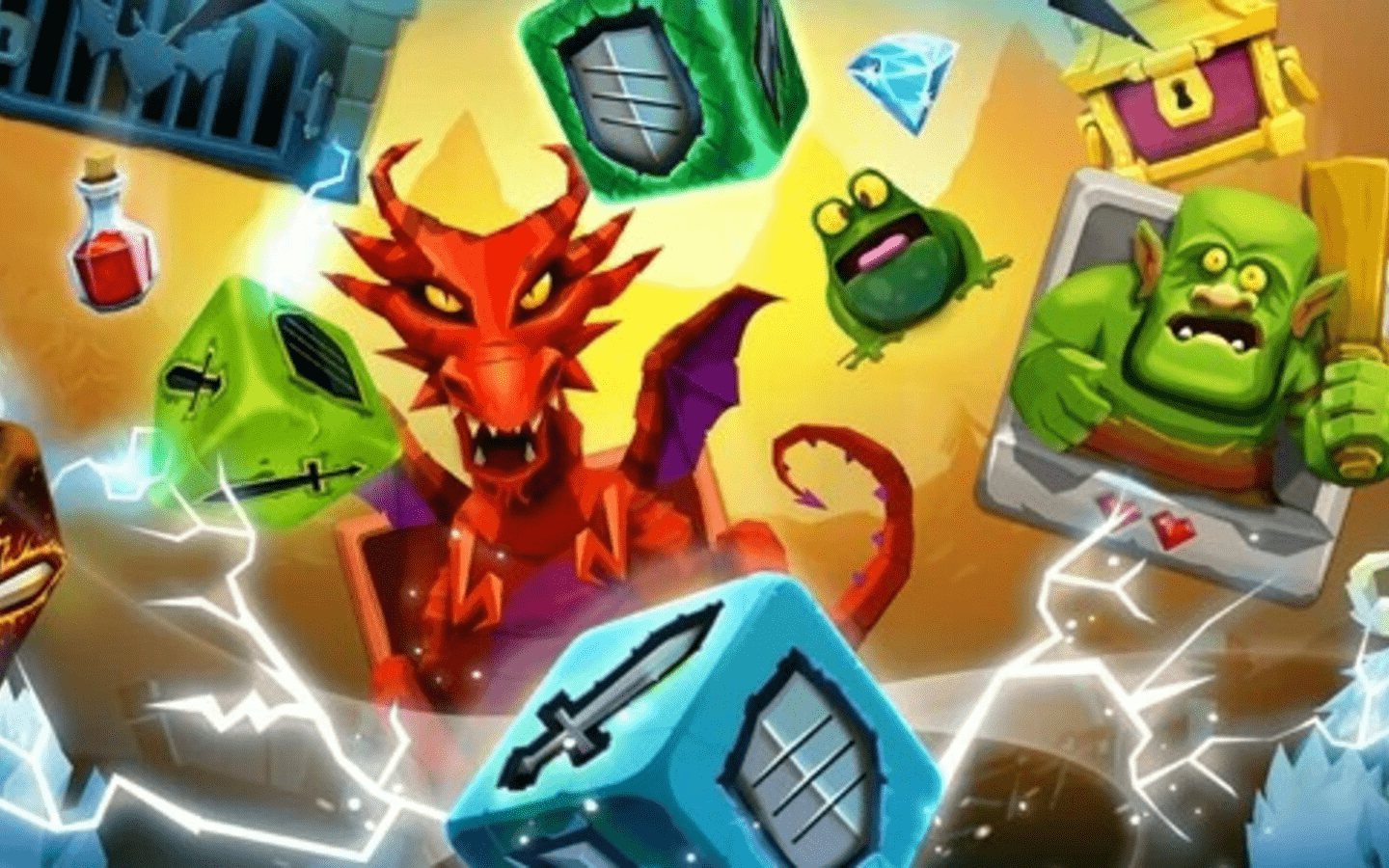 What Is Dice Hunter?

Rolling dice is one of the most exciting parts of tabletop and pen-and-paper games. This aspect is often lost when it comes to video games. No longer must we roll for attacks. High rolls are not necessarily critical.

All of these calculations are now done in the background by our computers and consoles. While this does pave the way for more advanced and complicated gameplay, many of us miss the tactile aspects of gaming. Luckily, many developers are bringing these concepts into the modern age.

Dice Hunter: Dicemancer Quest is a mobile game created by a Finnish game development team known as Greener Grass. The game combines both tabletop and modern RPG elements to create a dice-based strategy experience. The levels work on a Candy Crush-style map. There are other many features to play, such as tournaments and quests.

How To Play Dice Hunter

The dice have four main symbols. Swords attack the selected enemy. Shields grant protection to the player. Stars and lightning boots help build up abilities and buff attack dice. When the dice are rolled they are tallied. All effects are placed or adjusted before attacks go through.

One interesting aspect of the strategy is that the player must decide who to attack before rolling the dice. This can be unfortunate if a shielded opponent is selected but the dice roll does not break the shield.

Each of the player’s dice represents a minion. These characters are collected by completing quests and spending gems. The different dice can be leveled and upgraded.

Each character has their own spell which can affect gameplay in a variety of ways. Players can also hold a certain amount of dice. This mechanic works around a pool of hold points which is replenished by abilities and normal game play.

Outside of the core gameplay, Dice Hunter offers a variety of game types and activities. The main format is a campaign where the player can progress through the different levels.

Weekly challenges with daily requirements are great for regular players. There are also quests and events to keep the game lively and active. Like most mobile games, there are also daily rewards and other cooldown-based bonuses.

This game is pretty fun so far. I have been playing on and off for a few weeks. My account is currently level 10. I have yet to hit a point where I feel pressured to spend money. However, I can see how more advanced players can eventually hit a wall.

The game does require a bit of strategy but at the end of the day the outcome is mostly determined by randomized dice rolls. Regardless, this game is well made and any role-playing game fan would benefit from giving it a shot.

Where to Find Dice Hunter: Quest of the Dicemancer

Have You Played Dice Hunter?

We hope you enjoyed our Dice Hunter review. Have you played this dice-rolling RPG? Let us know on social media!