Doctor Sleep: A Battle for the Ages

In Doctor Sleep (2019), the unbound 'shine' of Abra Stone is a boon to her magical prowess and a gateway for Rose the Hat to make her acquaintance. 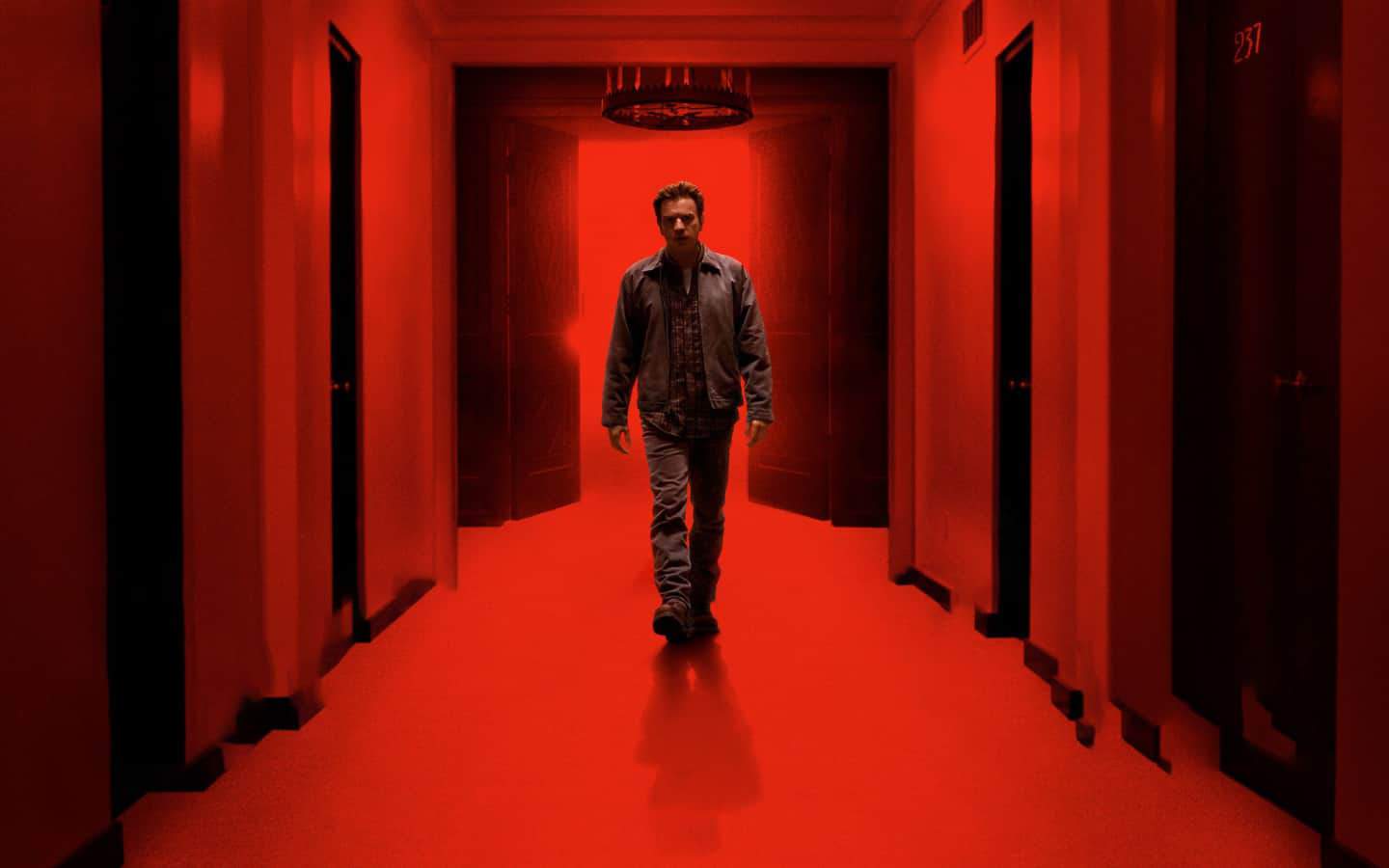 There are many fiction epics where an individual must combat their opposite, especially within the medium of children’s literature, animation, or film. They must utilize every ounce of their courage, resourcefulness, and cunning to survive or defeat their foe. Stephen King as an auteur regularly delves into the grim reality of childhood, oftentimes in warning that it is fleeting and it is never free from the shadow of death. In 1977, Stephen King introduced us to a child named Daniel Anthony Torrance, a malevolently haunted hotel, and parents that are in varying degrees unable to keep him safe.

Amidst the turbulence amongst his parents and the entities that haunt his young life, he is introduced to his most powerful asset: the shining. To have shine is to possess supernatural abilities that can take on many forms of protection, deflection, or an admixture. Young Danny Torrance survived his experiences with his abusive father and the hotel’s paranormal activity but he did not escape the horrors therein unscathed. The child became an adult that was riddled with emotional and psychological trauma so debilitating they drank to deaden their shine. Where Danny Torrance’s story seems to conclude is where another child named Abra Stone’s (Kyliegh Curran) appears to begin.

In 2013, Stephen King released a sequel to his much-beloved novel The Shining entitled Doctor Sleep that explores the existence of other young children like Danny and Abra—who are constantly sought out by vampiric near-immortal beings—that ingest the steam from their violently stolen shine abilities. In this particular story, we are introduced to the True Knot, a personally constructed family unit, with no blood ties, that is one of many groups that exist to devour a life-enhancing cocktail of children’s pain, fear, and steam. The leader of this marauding band is (in some form of cosmic irony) Rose, no last name, but a visual descriptor that has become the same as a name: Rose the Hat.

One must remember that roses are one of planet Earth’s most amazingly resilient species of plant, with astounding perseverance against heat, cold, and drought; moreover, they have an added advantage of being a cosmetically pleasing plant that rewards its handlers with stinging nettles and unforgiving thorns. There has never been a more apt description of a character that encapsulates the dangerous dichotomy of danger and beauty than Rose the Hat (Rebecca Ferguson).

Rose the Hat vs Abra Stone

The specific origins of the True Knot are unknown, due to their varying ages, the oldest member being close to or near a 1000 years old or so he relays with his countless experiences of empires built and bygone; Rose the Hat is closing in on 300. They have grown to be a large formidably rapacious family that relishes the amount of steam they’ve been able to procure, and the comfortability they’ve been able to ascertain—but the semblance of tranquility within their tribe is going to be tested by one of the many they consider prey, the aforementioned Abra Stone. She is a child that discovers very early in life (on her own) that she is powerful, special, and magical.

Abra’s story reads like the alternate universe equivalent of Harry Potter, except that no traumatic event gave Abra her power or anything additional for protection. These gifts were inside her all along, by happenstance, a roll of the genetic dice. She explores her talents on her own, with practice, patience, and fun, (akin to Roald Dahl’s magical girl Matilda). Her unbound ‘shine’ is a boon to her magical prowess and a gateway for Rose the Hat to make her acquaintance.

Danny Torrance (Ewan McGregor) has lived the past few decades figuratively in a bottle, drinking the pain of his childhood experiences and the ghosts that linger away. Many moments lead to his permanent sobriety, all of which center the people that can be hurt through his destructive callousness and the people in turn that can be ferried gently to the other side of existence through his shining. Those that are nearing death take a shine to Danny’s energy (and telepathy) as they ascend to eternal rest. A new modicum of healing has brought Doctor Sleep into existence, born from the ashes of a haunted past.

During Danny’s transformation to sober living, messages appear on Danny’s walls (both mental and physical) from a metaphysical penpal named Abra. The strength of their shine has called to each other in the darkness, and as the light of other children is extinguished via the True Knot, Abra enlists Danny’s help to stop them once and for all. Rose the Hat’s visit to Abra’s mind was the impetus for sounding the warhorn after being intimidated and mutilated by the filing cabinets in Abra’s subconscious slamming shut on her purloining fingers. The kid-gloves are off now, Rose the Hat and Abra Stone are embroiled in a battle for the ages.

A Battle for the Ages

After a visual game of cat and mouse in a forest, the True Knot is almost wiped out simultaneously by some clever thinking that shows the creatures they’ve become are not invincible and can be killed by mortal means. Rose the Hat must face Abra alone and Danny Torrance provides the perfect location as the final chessboard for the two at the Overlook Hotel. Brimming with absorbed steam, Rose the Hat follows the lure dangled by Abra to a place she’s never been but seems more than comfortable around. The facial expressions and reactions to the paranormal that Rose gives to Danny’s childhood traumas are golden. (You may find yourself laughing at how she responds.) A lot of things for her are childish games, including the tricks that Abra likes to play. However, she’s unprepared for the powerful ally that Abra has introduced to the game, Danny Torrance.

What he can’t do on his own, he allows the ghoulish foes that are cloistered inside his mind to make mincemeat out of Rose the Hat, devouring her the same way she and the True Knot have done to children for decades. The ending of the story is far from rapturous. Despite the Overlook Hotel burning to the ground and Danny joining his Mother in eternal peace, Rose the Hat states before she’s consumed that there are many many more like her that will find young Abra and relish her steam. With the experience that she’s gained against the True Knot, only time will tell how many more will face Abra Stone and perish.

With a spread international release of October 31, November the 8th domestically through December in various other countries, 2019 sadly made the film a sleeper hit instead of the juggernaut that it could have been. Massive snowstorms and freezing temperatures throughout its initial release month in the United States drastically affected its ticket sales, and another Stephen King adapted movie with an alien clown had pulled much more focus during the Halloween advertisement season. Directed by Mike Flanagan of Oculus and The Haunting of Hill House fame, this movie deserved to be seen and was an experience that many who have seen it in cinemas cannot forget especially in IMAX presentation.

The sound design was masterful alongside gorgeously lush cinematography that in varying degrees was subtly entrancing to grippingly arresting. The novel and film Doctor Sleep were a pathway to explore the world previously established in The Shining, and I would assert that the premise alone of spirits and vampires embracing their monstrosity to constantly antagonize super-powered children didn’t have me enthralled. If you’d like to see (this soon-to-be cult horror film) the 3-hour Director’s Cut of Doctor Sleep alongside the original theatrical release will be available on Digital HD on January 21, 2020, and on DVD, Blu-ray, and 4K on February 4.