Doctor Strange In The Multiverse Of Madness (2022) Review 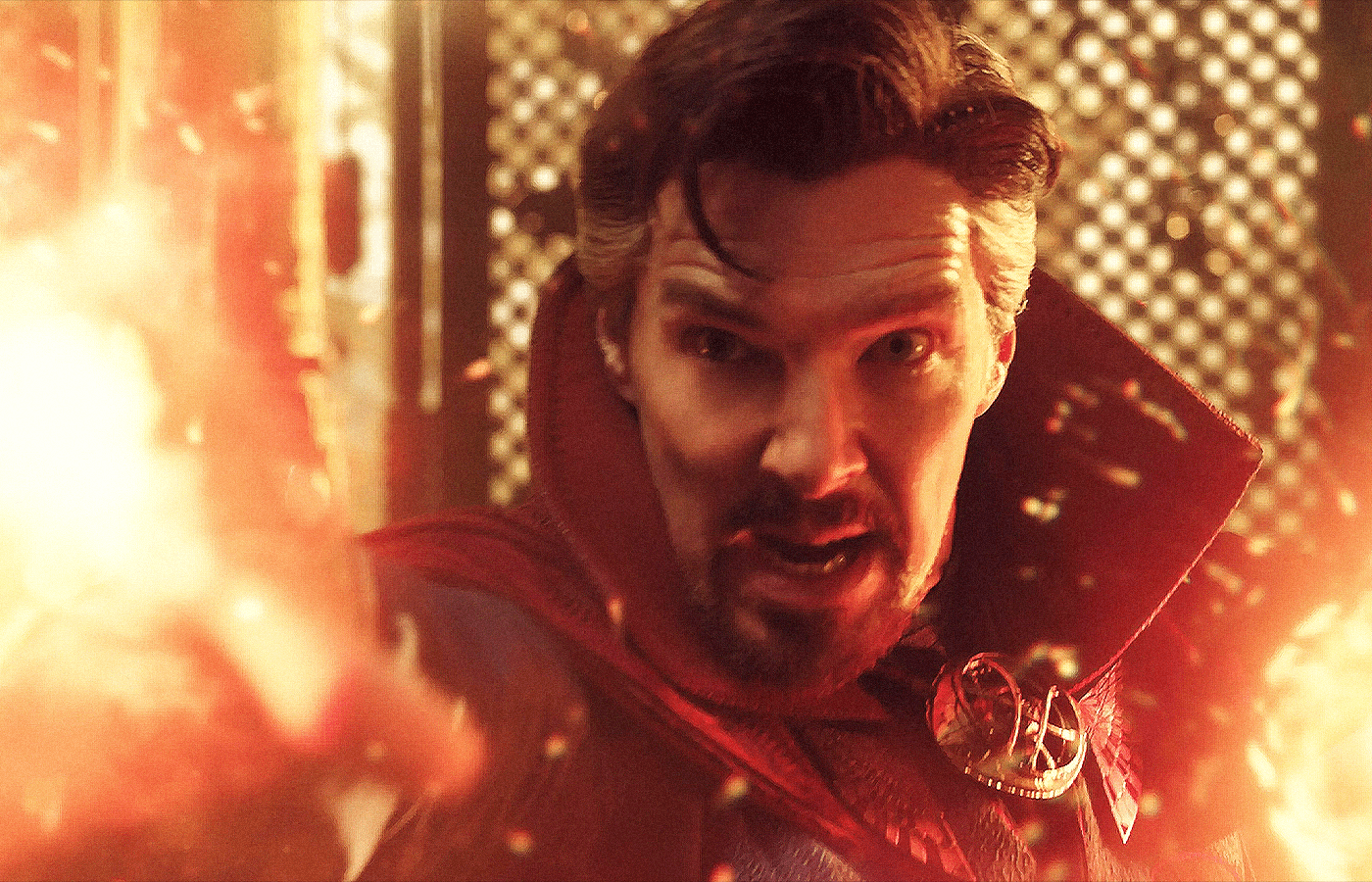 Doctor Strange in the Multiverse of Madness (2022) Review

Coming out almost six years after the release of Doctor Strange (2016), Doctor Strange in The Multiverse of Madness feels long-delayed in several ways. Beyond just the return of the Sorcerer Supreme as the star of his own film despite a series of cameos and supporting roles in the Avengers movies, it is also the return of Sam Raimi to directing feature films, taking over after the original director Scott Derrickson left citing creative differences with Marvel Studios.

Taking an almost 10-year hiatus after 2013’s Oz the Great and Powerful’s critical disappointment. A lot has changed for both Sam Raimi and Doctor Strange, Sam Raimi’s beloved nature only grew with the resurgence of popularity for his genre-defining Spider-Man trilogy, and Doctor Strange’s popularity among MCU fans growing tremendously in the wake of his role in Avengers: Infinity War (2018) specifically.

RELATED: 5 Comic Books To Read Before Watching Doctor Strange in the Multiverse of Madness

This in combination with the return of Elizabeth Olsen’s Scarlet Witch following the beloved Disney + show WandaVision (2021), the hype for Marvel’s multiverse was at an all-time high, especially after the record-breaking success of Spider-Man: No Way Home (2021). Rumors of all kinds of cameos, including a trailer tease of the return of Patrick Stewart’s incarnation of Professor X, has had fan appeal for the sequel at an all-time high with a lot riding on the MCU’s first film. Does it live up to that? Well… for me personally, no.

A core thing with Doctor Strange in The Multiverse of Madness is how much it feels at immense odds with itself. Sam Raimi is a director with a lot of personal flair and style, something which thankfully oozes throughout the film with its unique visual flair. It’s easily the strongest aspect of the film. His trademark dramatic cuts, zoom-ins, and injection of horror elements are all in the movie.

Doctor Strange as a property was perfect for horror and Raimi delivers on that front with stuff like the Lovecraftian Shuma-Gorath (Renamed Gargantos in the film because of an ongoing legal issue), Doctor Strange fighting demons, and turning the corpse of a dead version of himself into a zombie by possessing it with lighting and thunder in the background as it comes alive feeling peak Raimi.

Unfortunately, other elements such as the script feel much less like Sam Raimi. The film’s cameos of Patrick Stewart’s Charles Xavier, Hayley Atwell as a different version of Captain Carter from What If… ? (2021), and even the much fan-demanded John Krasinski as Mister Fantastic feels counterintuitive to the stuff Sam Raimi enjoys, feeling more like mandates from Marvel Studios than anything else.

It’s in this disinterest in those elements that disappointment might begin for many, as the Illuminati’s cameos are the only real cameos despite the fan hunger for them. This is something I’m personally pleased with, as one of my worries was an overabundance of cameos, but I can sense there will be much discourse and discussion over this factor of the film.

I think the treatment of the Illuminati themselves, killed off brutally shortly after being introduced, will also prove divisive among many, with it being somewhat of a disappointment for me as well. After the perfect send-off in Logan (2017) for Patrick Stewart’s iteration of Charles Xavier, what is the point of bringing him back for what feels like a self-indulgent cameo that Sam Raimi didn’t quite desire?

In general, the treatment of the Illuminati brings to mind Venom’s inclusion in Spider-Man 3 (2007), and it makes me wonder if it was a similar mandate that Raimi wasn’t that invested in. I think that in a sense sums up the film’s flaws, and that’s in the script. While Sam Raimi makes films on the shorter end, Spider-Man (2002) is only 2 hours and 1 minute long, and the 2 hours and 6-minute runtime of ‘Multiverse of Madness‘ doesn’t do it any favors with such a massive cast and with so many plot points to tackle.

Benedict Cumberbatch yet again plays a magnificent performance as Stephen Strange. Strange’s arc throughout the film is one of morality. Strange must grapple with his decisions and how they might affect the world at large. It’s truly interesting having him wrangle with his arrogance and his desire to always do what he sees as right. After losing his love interest from the first movie, Christine Palmer to another man, and having to accept that he can never truly be happy are all incredibly thoughtful ideas. At times they end up feeling half-baked and never truly fully resolved or placed on display even though it attempts to explore them across Strange’s many variants.

We can say something similar about America Chavez as although she is a delightful part of the film with a brilliant performance from new coming actress Xochitl Gomez with her levity and the sorcerer’s apprentice dynamic with Strange and Wong. She has fun but her character arc feels incredibly rushed and underdeveloped. She goes from being a scared kid, unable to control her powers and with a lack of confidence in herself to directly fighting the movie’s main villain with ease after one pep talk from Doctor Strange.

In essence, the main two protagonist arcs of ‘Multiverse of Madness‘ aren’t bad conceptually, far from it. They just lack the breathing room and space to occur naturally. Unfortunately, however, the same cannot be said of the arc and decisions made with Scarlet Witch/Wanda Maximoff. Coming off of WandaVision, Wanda had taken the Darkhold from series antagonist Agatha Harkness with the post-credits scene of the finale episode showing her reading it while meditating only to hear her seemingly erased children calling for her help.

While this definitely sets up a path of darkness for Wanda similar to what would end up occurring across the 2000s comic arcs of Avengers: Disassembled and House of M, when we catch up to Wanda in ‘Multiverse of Madness‘, it feels incredibly rushed and lacking the needed build-up for the kinds of actions and personality Wanda now has. When we last saw her in WandaVision, she had taken control of an entire town. After all, it was obvious she cared about people and felt remorse for what she had done, and chose to sacrifice her happiness for the greater good.

Now in ‘Multiverse of Madness‘, she has become a full villain, wanting to kill America Chavez to take her powers so she can get to universes where her kids still exist, killing anyone who stands in her way. This includes fan-favorite characters like Professor X and taking over the body of an alternate version of herself who she later tries to kill to take her kids.

While I can get the desperation angle with Wanda, as well as the Darkhold’s corruptive influence, it just happens too fast to feel natural. It doesn’t help that a lot of her dialogue is now generic villain dialogue, nor does it help that this is her second turn as a villain after her debut in Avengers: Age of Ultron (2015) where she was a villain until the third act of that film, where it felt much more natural.

The ultimate issue with this beyond the speed is the lack of empathy and depth to it. While you can tell Raimi tries to make it deep, Wanda, unfortunately, falls into a stereotypical villainess role that WandaVision tried its best to break her out of. If WandaVision was filled with empathy for Wanda and her struggles, ‘Multiverse of Madness‘ feels almost full of derision for them.

In the end, ‘Multiverse of Madness‘ feels overstuffed and divided amongst itself. It’s a Sam Raimi throwback film and a Marvel Studios set-up film, it’s a character drama and a multiverse romp. Unfortunately, these opposing elements never quite come together to form a quite cohesive whole.