Dungeon Quest Volume 1 is created by Joe Daly. It is available on Comixology, Amazon and Fantagraphics. 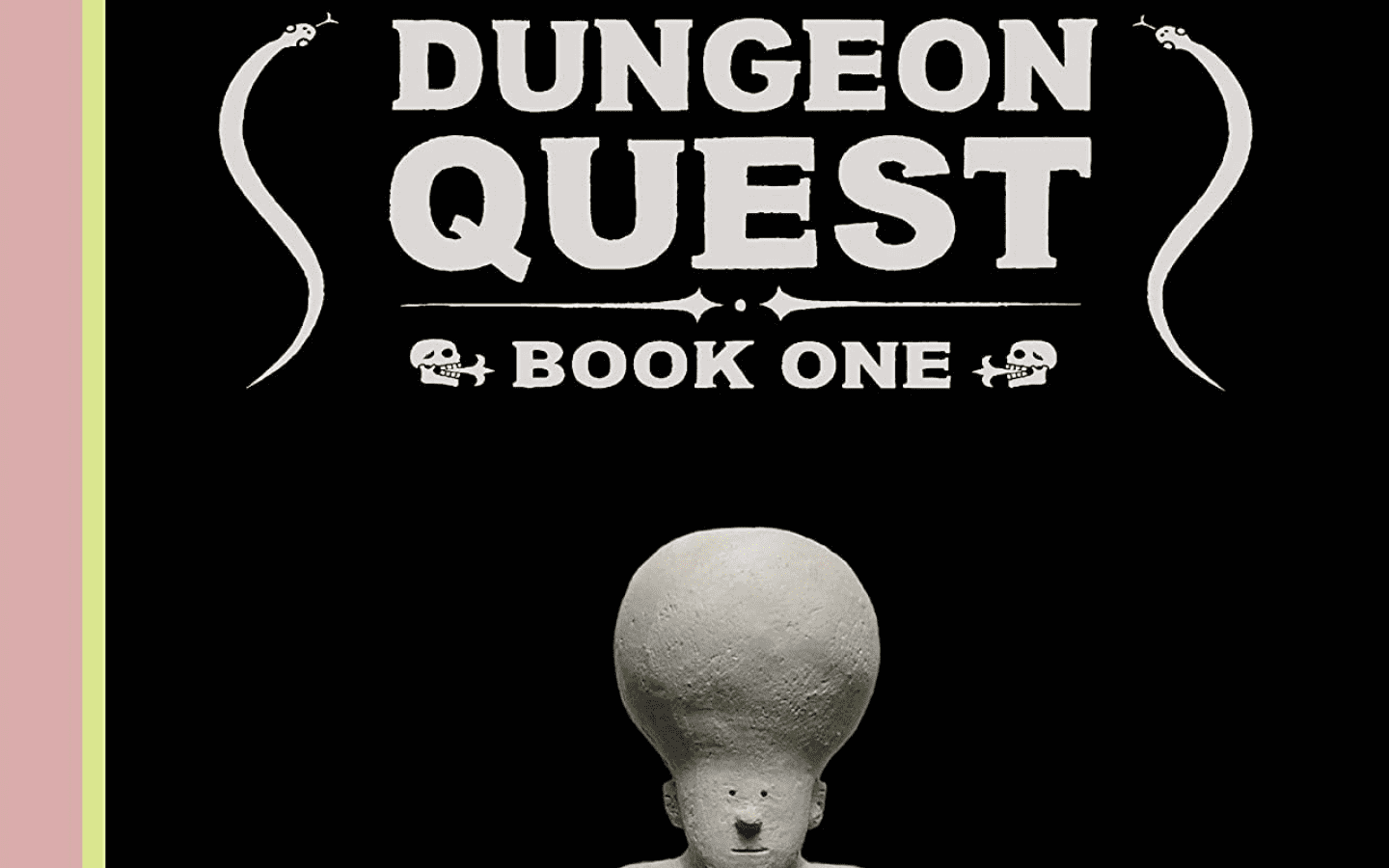 Dungeon Quest is created by Joe Daly. The book is an action-comedy full of fantasy and surrealism. There are three volumes of the book spanning twenty-six issues. Dungeon Quest premiered in May of 2010 and ran through July of 2012. The comic is published by Fantagraphics.

Millennium Boy is a small megalocephalic child. After getting fed up with his homework he decides to break up the monotony of his life by going on a fantastic adventure. Treating the world like a role-playing game, Millennium  Boy takes off to assemble his perfect party. Soon enough he finds himself on a journey filled with gear, loot, mythology, and friendship.

Dungeon Quest contains all of the crude and raunchy humor we have grown to love from Joe Daly. There is no shortage of over the top jokes and gross imagery. This style of humor blends well with the fantastic and mythological themes of the book.

This is a spoiler-free Dungeon Quest review.

Life is the all time best role-playing game. I say this in jest as role-playing games attempt to recreate the variables found in real life. Our successes and struggles are represented as experience points. Our material possessions are translated into gear and loot. The giant boss monster is our mother-in-law (sorry Karen).

Though all of the facets of role-playing games are available to us in real life, there is nothing like leaving the world behind to delve into a realm of fantasy. Sometimes escape is exactly what we need when it comes to avoiding the boring and mundane.

Daly’s art style in Dungeon Quest is reminiscent of the pulp Underground Comix of the past. The inking shows heavy lines and a lot of hatch shading. The whole aesthetic reminds me of the classic comic styles of Harvey Kurtzman and R. Crumb.

As we have seen in the past, this art style is often paired with dirty and offbeat humor. This book does a great job of pairing the two while putting a fresh spin on the style.

One interesting aspect of Dungeon Quest is the book’s balance between fantasy and real life. When the journey begins, Millennium Boy is essentially running around his neighborhood in his underwear while wielding a crowbar.

As the series progresses the plot falls deeper and deeper into fantasy. The group goes from fighting street thugs to battling hordes of humanoid moles and regenerating skeletons. The fine line between fact and fiction creates an interesting dynamic in the plot. Is the group really stumbling upon ancient secrets? Or is their imagination allowing them to be violent against people in their surrounding community?

Another great part of Dungeon Quest Volume 1 is the attention to detail regarding the aspects of role-playing games. Whenever the characters find or trade loot, readers are shown a Dungeons and Dragons-style character sheet. We always know what armor and weapons the crew is wearing during their adventure.

This also adds a layer to the book’s humor as many items are renamed and re-purposed. A dumbbell is now a powerful melee weapon. A book of poetry is seen as an ancient book of spells.

Dungeon Quest was a fun read. It is definitely what I needed on a slow Friday afternoon. It had all of the dirty jokes and nerdy references I needed to get through the day. I have read other works by Joe Daly and they never seem to disappoint.

I would recommend this book to anyone who enjoys comics influenced by the Underground Comix movement, such as Derf Backderf.  Dungeon Quest is available through Comixology as well as Fantagraphics.

Where To Find Joe Daly and Dungeon Quest