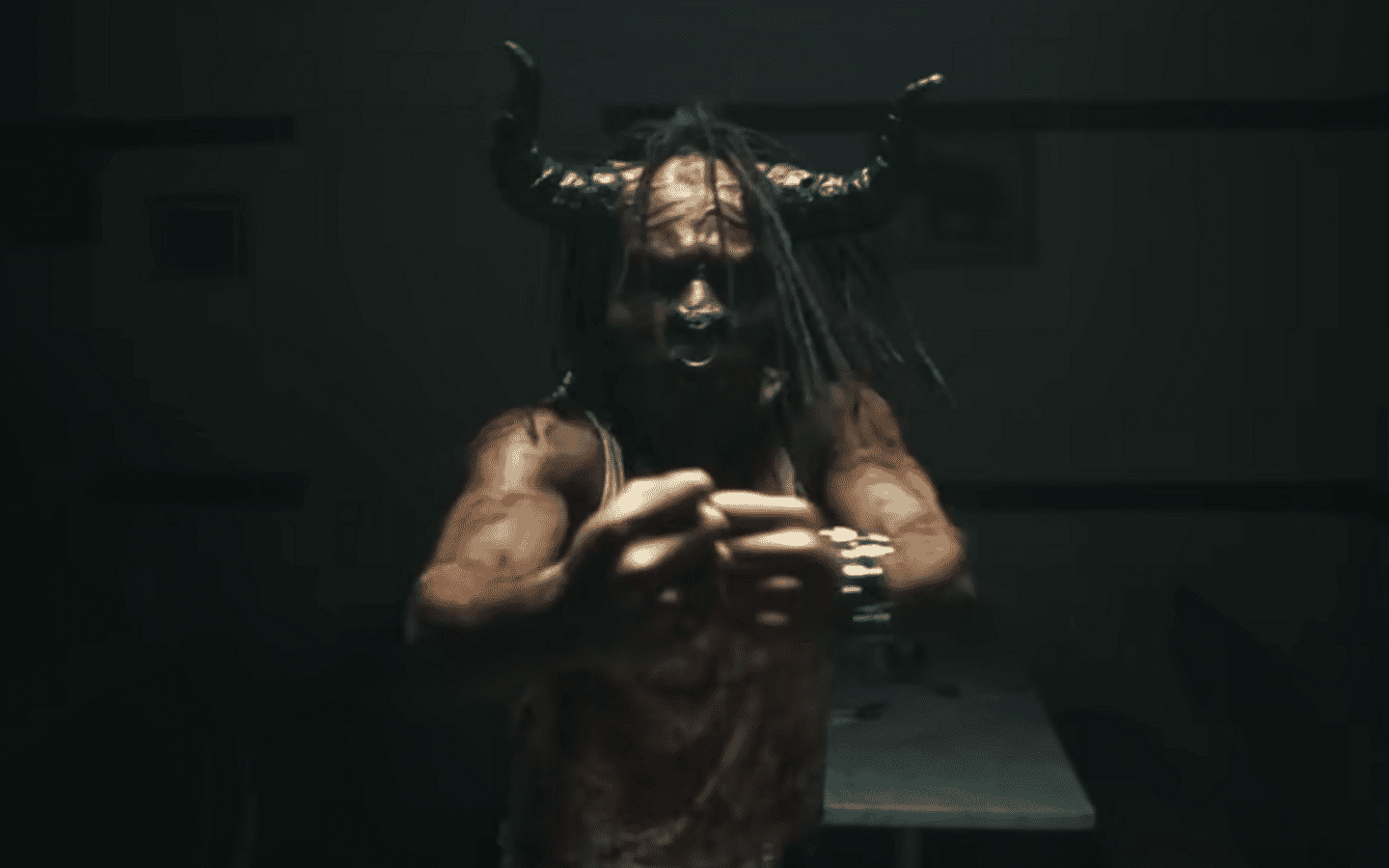 Bull is a single release from Enter Shikari featuring the vocals of pop artist Cody Frost. The video was produced by Nathan Killham and Sam Katz, directed by Elliott Gonzo, and stars Josh Nash as the minotaur.

Enter Shikari have been shaking up alt-rock and post-hardcore for more than two decades. They made a major hit on the scene with ‘Sorry You’re Not A Winner’ and have continued to establish a pace and energy that sustains and keeps hitting.

The video for Bull themes itself almost identical to the lyrical content of the song by having Cody being terrorized by someone she cares for, as a Minotaur. A minotaur on a warpath with any and everything in its way, Cody included. A relatable theme of love for beginners all the way to elderly practitioners.

Bull takes an interesting turn when we see the Minotaur attempt to calm itself and Cody appears to antagonize him. He would destroy his horns in a symbolic fashion to give up his urges in wrath, but almost simultaneously have Cody inject him with an unknown agent that puts the Minotaur under.

What the video says in a not-so-subtle way, is that toxic environments are not one person nor one component, but a mixture of the air surrounding them. I am not a licensed clinician, psychologist, or doctor. However, it is imperative that if these things are unable to be worked through, we dissolve them before the wrath in our nature takes them apart.

What Did You Think About Bull?

Although Enter Shikari has released this and “The Void Stares Back” there is no album out yet, but if one is coming, I believe we will see Enter Shikari and Exit Heroes. What did you think of Enter Shikari’s new song Bull? Let us know on social media!