6 Essential Batman Comic Books To Read Before Watching ‘The Batman’

Here are 6 essential Batman comic books to read before watching The Batman. 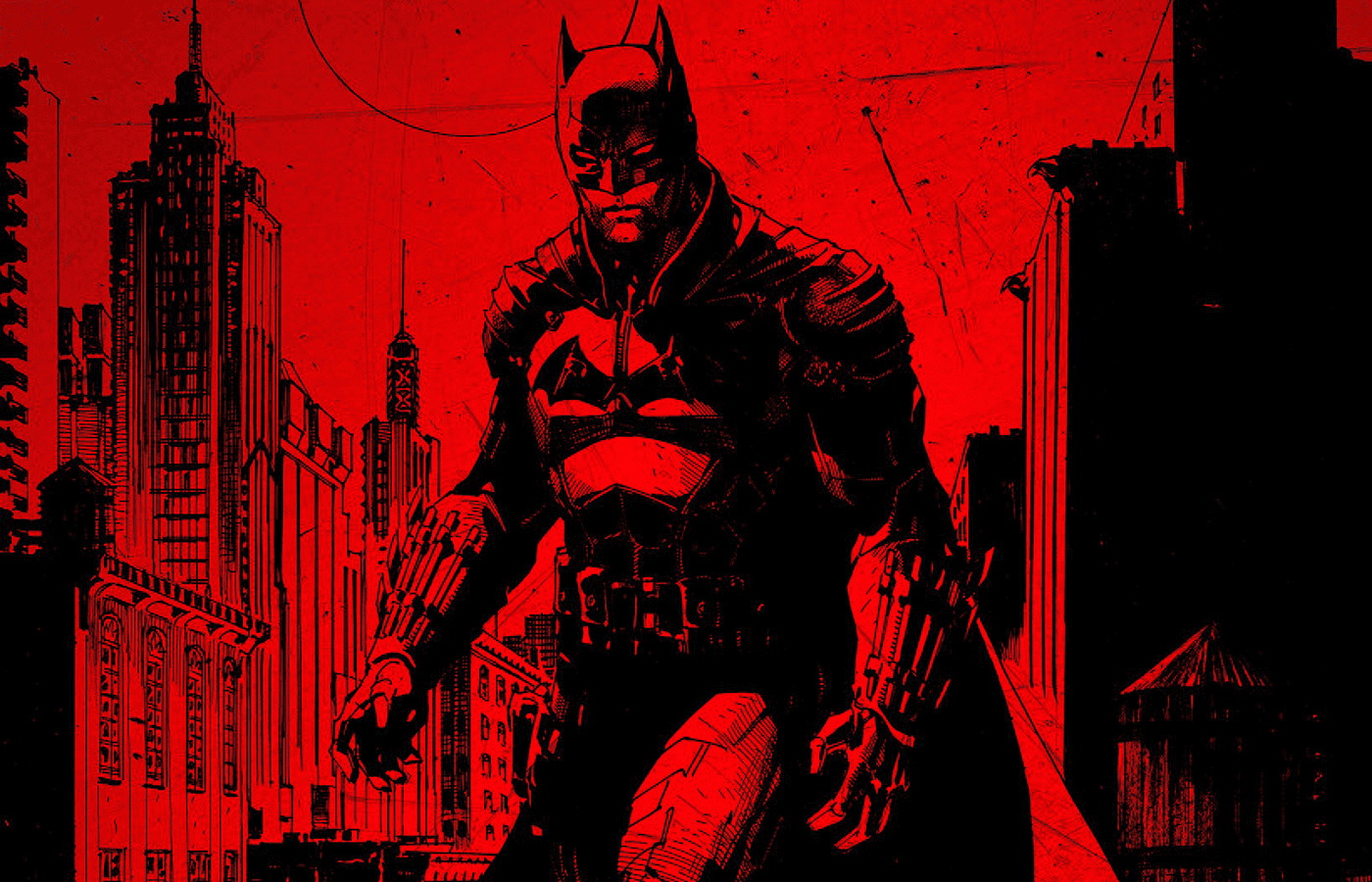 Comics To Read Before The Batman Releases

With Matt Reeves’ upcoming reimagining of a young Bruce Wayne in 2022’s The Batman, it felt right to highlight a few essential Batman comic books to get oneself excited to see Robert Pattinson put on the cape and cowl! In the film we’ll get to see the Riddler, a sadistic serial killer, beginning to murder key political figures in Gotham, Batman is forced to investigate the city’s hidden corruption and question his family’s involvement.

We went back to pick the best comic book titles to best suit the atmosphere, plot elements, and characters that take place in the film. Spanning the character’s over 80-year history, here are six of the best Batman comics to get yourself hyped for The Batman!

Batman: Year One was originally published by DC Comics in Detective Comics Vol. 1 #404-407 in 1987. It was written by then-acclaimed comic book writer/artist Frank Miller with artwork by David Mazzucchelli. Batman: Year One follows Bruce Wayne’s first year as Batman along with a newly transferred Jim Gordon who is spending his first year as a police officer in Gotham City.

RELATED: The Snyder Cut: Explaining The Culture Behind The Film

It is very clear that Matt Reeves’ version of Batman is inspired by the work of Frank Miller and his take on a young Batman. After DC decided to reboot the DC Universe with Crisis on Infinite Earths, Miller and Mazzucchelli were tasked with a new retelling of Batman’s origins since his inception in Detective Comics #27.

Batman: Year One is very much a crime-noir thriller that delves into the criminal underbelly of Gotham, we see a young and angry Bruce Wayne trying to take down the crime families of Gotham and a disillusioned Jim Gordon having to deal with a very corrupt police department. The comic also tells the origin of Selena Kyle as Catwoman. This is without a doubt one of the most important Batman comic books of all time and is a high recommendation!

This 13 issue limited series is written by Jeph Loeb and drawn by Tim Sale. Originally published from 1996 through 1997, Batman: The Long Halloween is set in the early years of Batman where he has to investigate the serial killings of a mysterious man only going by the name of “Holiday”.

The best Batman comic books tend to focus on the fact Bruce Wayne is “The World’s Greatest Detective” and The Long Halloween is a great example of that. Writer Loeb essentially wrote a pseudo-sequel to Batman: Year One, but this comic sees a more established Batman dealing with a Gotham littered with various supervillains and the central mystery of the Holiday killer.

Many of Batman’s rogues have a role in this comic, from The Riddler, The Joker, a reimagined Calendar Man (more akin to Hannibal Lecter), and even a reimagined origin story for Harvey Dent aka Two-Face. Add on Tim Sale’s striking artwork and this is one of the best Batman comic books to give a read! It’s also worth mentioning that Matt Reeves himself cited ‘The Long Halloween’ as one of the inspirations for his new film.

This 14 issue sequel series to Batman: The Long Halloween features the return of Jeph Loeb and Tim Sale. A “conclusion” story of the events that have started since Batman: Year One, Batman: Dark Victory follows Batman investigating a serial killer known as “The Hangman” while Gotham is in the middle of a violent gang war between the remnants of the Falcone Crime Family and Two-Faces newly amassed gang. Batman: Dark Victory also serves as a modern origin of Dick Grayson becoming Robin.

In a way, DC Comics created a trilogy of sorts for the Post-Crisis Batman comic books that started with Batman: Year One and ends with Batman: Dark Victory. We see a Batman growing from a vengeful vigilante to the Dark Knight of Gotham. As a writer Loeb gets Batman, and we see his take of an early Batman become the modern Caped Crusader and mentor to Dick Grayson. While not as well-known as The Long Halloween, Dark Victory is a proper conclusion to this unofficial trilogy and it seems to be a direction Matt Reeves will take his Batman.

This eleven-issue storyline is written by Jeph Loeb (not all the comics on this list are written by him we swear) and artwork by the master comic book artist himself Jim Lee. Spanning from Detective Comics Vol. 1 #608-619, Hush follows a sinister conspiracy in which Batman’s superhero and personal life become entangled in a plot to destroy him in both mind and soul with the central figure being a bandaged man named “Hush”.

One of the most celebrated Batman comic books of all time, Batman: Hush is essentially everything great about the character distilled in eleven issues that have forever influenced the character alongside stories such as The Dark Knight Returns and Year One.

Not only does Loeb craft a very well-made mystery that involves nearly every single major Batman character, but we get some of the most iconic images of Batman drawn by Jim Lee, who has essentially defined the modern look of Batman. We cannot stress reading this comic and without spoiling it, this comic cements Riddler as one of Batman’s best villains. An easy win for Batman comic books.

This storyline comes to us from the all-star duo of The New 52 Batman series Scott Snyder and Greg Capullo. Published in the pages of Batman Vol. 2 #21-33, Zero Year follows the origin and early adventures of the New 52 incarnation of Batman as he has to take on Gotham’s first major supervillain with The Riddler.

After the DC Universe was again rebooted in 2011’s The New 52, it was established Batman has been active for roughly ten years in-universe. As such Scott Snyder and Greg Capullo did their own retelling of Batman’s early days with elements while keeping elements seen in comics such as Year One. While Matt Reeves has stated Year One and The Long Halloween are his biggest influence, looking at the trailers and other promotional material it’s clear Scott Snyder is a major influence for the filmmaker.

The biggest case is how his Riddler is similar to Snyder’s reimagined Edward Nygma. The main antagonist of Zero Year, Riddler proves to be a cerebral antagonist for Batman and the comic has two in an almost metaphorical chess game. Add on other villains such as a call back to Batman’s first villain with Dr. Death and what seems to be the origin of The New 52 Joker, Zero Year is just one example of why Scott Snyder and Greg Capullo remain to most acclaimed creative teams for Batman comic books.

Since The Riddler, who is being played by Paul Dano, is slated to be the main antagonist for The Batman, we suggest giving the character’s first appearance a read! Written by Batman co-creator Bill Finger and artwork by Dick Sprang, Detective Comics Vol 1 #140 follows the origin of Edward Nigma as The Riddler as he decides to commit a series of crimes to test Batman’s intelligence.

It is surprising just how consistent The Riddler has been since his inception in 1948. While many of Batman’s villains would become overhauled throughout the decades, Riddler’s only biggest change is just how much of a serial narcissist is he really is. Even in his first appearance, he was transfixed on his own intelligence and need to prove himself to Batman. It really goes to show just how much influence Bill Finger had on Batman comic books as a whole and we are grateful he is finally getting the recognition he deserves.

What Are Your Favorite Batman Comic Books?

What Batman comic books do you feel are essential before watching The Batman? What elements from the comics do you hope Matt Reeves incorporates into the film? Let us know on social media!