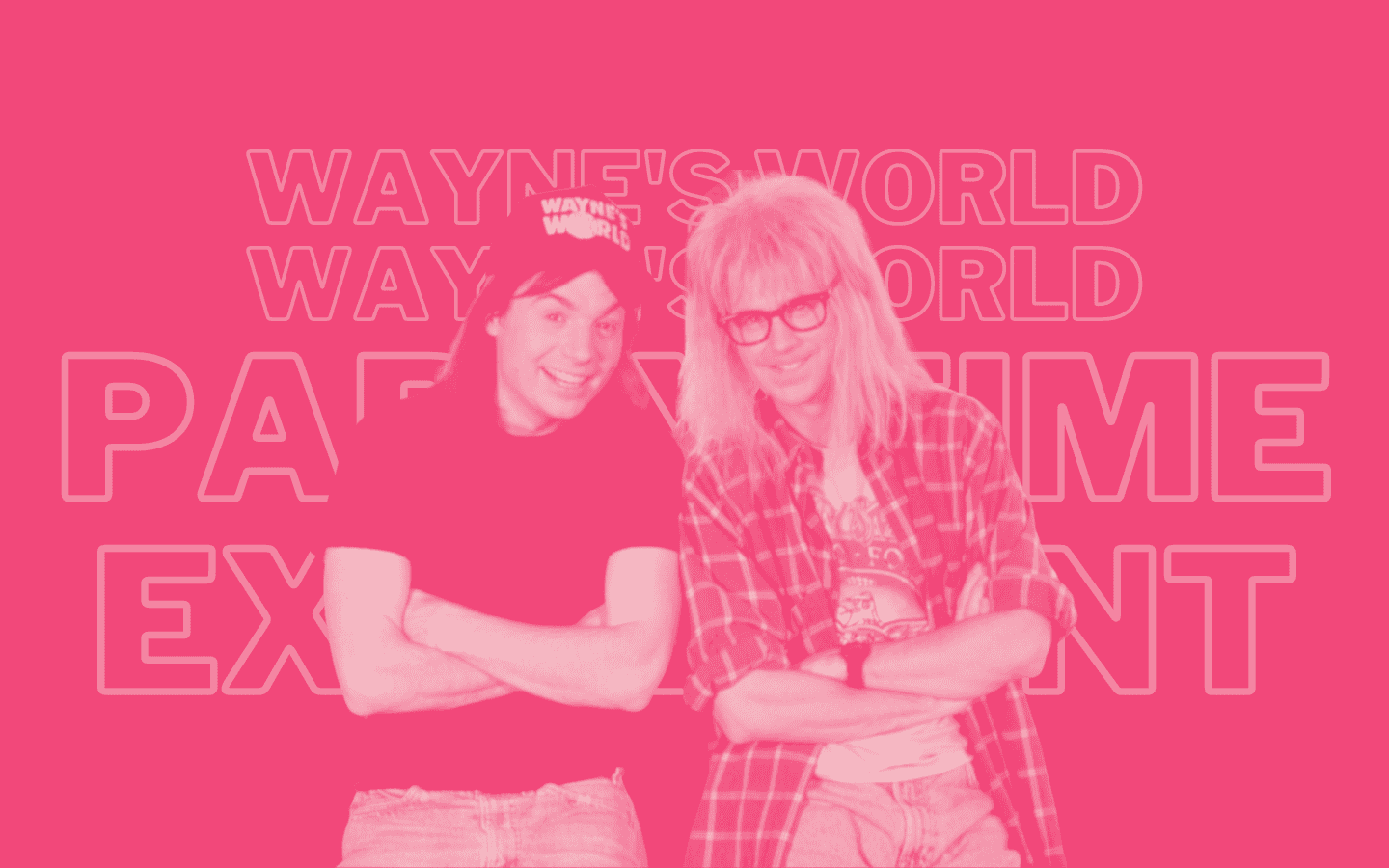 You want people to see and hear your opinions, how do you go about it? Twitch, Youtube, Instagram? Before all of that, there was local access cable shows and Wayne’s World was based on that idea. Wayne is a bit of a slacker but is passionate about his opinions and with his best friend Garth, they want to educate the masses!

Wayne’s World was directed by Penelope Spheeris, and written by Mike Myers, Bonnie Turner, and Terry Turner. It stars Mike Myers, Dana Carvey, and Rob Lowe. The film is based on characters from the Saturday Night Live skits of the same name. Wayne’s World shows the journey of how Wayne and Garth can go from local access hosts to megastars, but the catch is Wayne finds a girl. Will he propel himself and Garth to the pinnacle or will he put his love before it all?

If you are ready for the loose and free music, comedy, and fashion of the 90s, then Wayne’s World is the movie for you. Come with us as we look at the best Wayne’s World quotes even if they aren’t going to make us more enlightened.

Garth: What if he honks in the car?
Wayne: I’m giving you a No Honk Guarantee.

“I’d never done a crazy thing in my life before that night. Why is it if a man kills another man in battle it’s called heroic, yet if he kills a man in the heat of passion it’s called murder?” – Glen

Garth (pulling out a paper cup): Phil, um, if you’re going to spew, spew into this.

Stacy: Don’t you want to open your present?
Wayne: If it’s a severed head I’m gonna be very upset.

Garth: What do you do if every time you see this one incredible woman you think you’re going to hurl?
Wayne: I say ‘hurl’. If you blow chunks and she comes back, she’s yours. If you spew and she bolts, it was never meant to be.
Garth: Okay.

“This is definitely the type of place I’m going to get when I move out of my parent’s house.” – Wayne

Wayne: So, do you come to Milwaukee often?
Alice Cooper: Well, I’m a regular visitor here, but Milwaukee has certainly had its share of visitors. The French missionaries and explorers were coming here as early as the late 1600s to trade with the Native Americans.

“Will you still love me when I’m in my carbohydrate, sequin jumpsuit, young girls in white cotton panties, bloated, purple, dead on a toilet phase?” – Wayne

Wayne: Shes a robo-babe. In Latin, she would be called ‘babia majora’.
Garth: If she were a president, she’d be Baberaham Lincoln.

“I don’t even own A gun, let alone many guns that would necessitate an entire rack.” – Wayne

“Yeah, I know what you’d like to do. You’d like to find the guy that did it, rip his still-beating heart out of his chest and hold it in front of his face, so he can see how black it is before he dies.” – Glen

Stacy: Happy Anniversary, Wayne.
Wayne: Stacy, we broke up two months ago.
Stacy: Well that doesn’t mean we can’t still go out.
Wayne: Well it does, actually. That’s what breaking up is.

What Are Your Favorite Wayne’s World Quotes?

Thank you for reading our far our Wayne’s World quotes! Do you think we did Garth and Wayne a solid or should we stick to jamming in the garage? Let us know on social media!