Over the next few weeks, we’ll be exploring the Disney+ follow-up to Wandavision, digging deep into each episode for MCU lore and meaning. 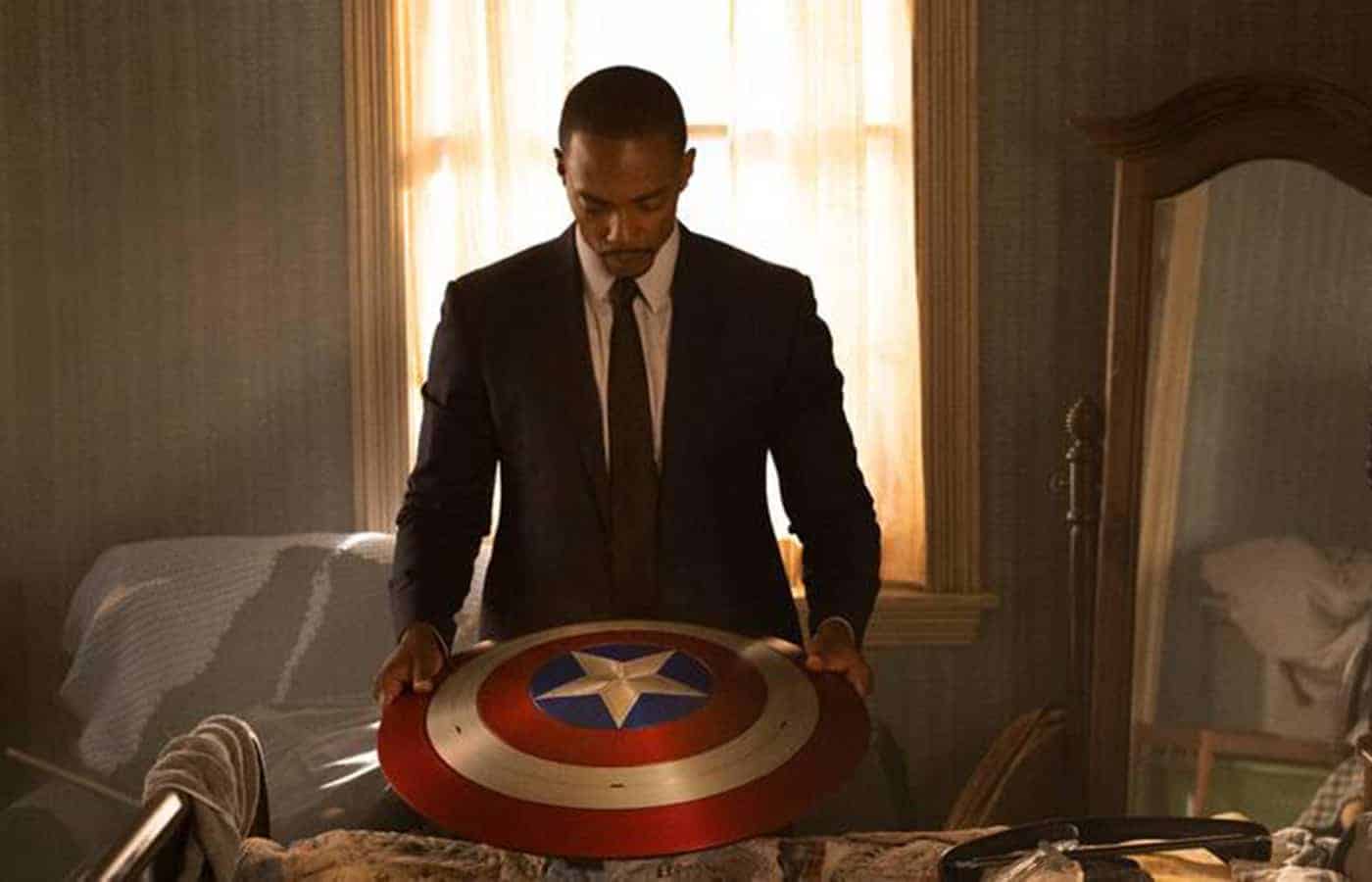 Over the next few weeks, we’ll be exploring the Disney+ follow-up to Wandavision, digging deep into each episode for MCU lore and meaning.

The Falcon and the Winter Soldier are characters that have captured our imaginations and been a part of the Captain America mythology for decades. Both men have even been Captain America in the comics and, in the MCU, both have played key roles in saving the world.

There will be spoilers, so watch before you read.

Starting after the Blip and the events of Avengers: Endgame, the show opens with Sam Wilson (Anthony Mackie) ironing a shirt, and I love everything about this scene. The lighting is so warm and diffuse you can see dust motes in the air. The sound design is slightly above baseline, giving every noise an almost surreal quality that matches Sam’s obvious uncertainty, particularly as he looks at Cap’s shield sitting on the bed.

Everything about this scene fits, expanding on the magic trick that the MCU has been pulling off (to greater or lesser extents) since 2008 of making the fantastical feel real. Mackie also really has come into his own in the role here, finding a “voice” for Sam that is equal parts doubt and determination. It’s easy to see him as a contender for the title of Captain America, and we can see what Steve saw when he passed him the shield at the conclusion of Endgame.

Sam’s getting dressed because he is planning to hand the shield off to the government for retirement in the Smithsonian. The scene at the Smithsonian where he interacts with Don Cheadle’s Rhodie reinforces the themes that will follow Sam regarding a sense of personal worth and what America really is.

Of course, between those scenes, we also get the first action sequence of the series, an extended mid-air infiltration/chase scene where Sam has to rescue a military liaison from returning (and criminally underused) bad guy Batroc the Leaper (Georges St-Pierre). He was the dude Steve fought at the beginning of Captain America: The Winter Soldier on the ship.

Much like the fight between the two Visions at the end of Wandavision, I am incredibly impressed by how creative the fight choreographer gets to be. These are action sequences that take the tools available and ask “what can be done with these to make them as dynamic as possible?” Characters are flying (falling?) between helicopters, dodging between canyons, changing elevation. It’s a genuine treat that leans heavily on the comic book origins of these characters.

The Show Would be Incomplete without James Buchanan “Bucky” Barnes

Bucky’s (Sebastion Stan) arc starts with a nightmare that includes angles and events he couldn’t have seen, but whatever, it’s another fun action sequence that sets up a fairly predictable, but also reasonably satisfying reveal later on. Bucky not only assassinates the obvious spies/international players but also kills a presumably innocent young man who just witnessed the murders.

Bucky has been dealing with the guilt that comes from decades of being a brainwashed assassin. There’s a wonderful scene between him and his therapist, Dr. Raynor (Amy Aquino) who is severely no-nonsense about her approach to getting the reticent Barnes to talk about his issues. The sequence is well-paced and the pushback from Bucky is believable. That he doesn’t end up opening up then and there, after a sequence that intercuts him lying about recent events with a flashback of what really happened, speaks well of the series. They want to draw out his arc in this, and not just fix him right off the bat.

I could go scene by scene into this, but since you’ve already watched the show (right?), let’s talk about what this all means instead.

Sam and Bucky are two broken men, but they approach their wounds differently.

Bucky embraces his trauma because he feels like it’s a fitting punishment for his past. Whether he was brainwashed or not, he has a hard time with Step Three of his therapist’s advice: saying that he’s not the Winter Soldier and is, instead, James Buchanan Barnes. He has to tell others this as part of making amends for his crimes, but he doesn’t really believe it himself.

And since the Winter Soldier is a bad guy and James Buchanan Barnes is a good guy, Bucky keeps punishing himself in order to hurt the Winter Soldier. He even strikes up a friendship with Yori (Ken Takemoto), the father of the guy he killed in his nightmare, as a way of constantly reminding himself of his past. As a side note, the interactions between Bucky and Yori are priceless and some of my favorite parts of the episode, particularly when Yori gets the younger/older man a date.

Sam Struggles Against His Own Trauma

A further nod to how he really is destined to bear the shield, Sam was a victim of the Blip and has returned only to find that the world has moved on without him: just like Steve did. As a result, he clings to his past furiously. He spends time when not engaging in international intrigue with his sister Sarah (Adepero Oduye) and nephews (Chase River McGhee and Aaron Haynes) outside of New Orleans. Sarah wants to sell their family fishing boat and the house they grew up in, but Sam keeps pushing to keep them, despite her clear reticence to do so.

The scene in the bank where the loan officer (Vince Pisani) fanboys over Falcon, but still denies Sam and Sarah a consolidation loan because Sam hasn’t had an income for five years (due to being blipped) speaks to a lot of different things. First, we get to return to Sam’s feelings at the beginning of Winter Soldier about how veterans are treated after the fighting is done. There’s also the fact that he knows they qualify for an SBA loan but are still refused it, referencing the way banks will often take public money but not fulfill promises to use them to support small borrowers.

The loan officer is excited to be in the presence of a real-life superhero, thanks him for saving the world, but won’t give them a loan. In fact, even after denying the loan, he still asks for a selfie. He sees Sam as property, something to entertain him, rather than a person who has very real needs. There’s even a short conversation between them about how superheroes support themselves financially. Like many Black men who sacrificed for this country, his service is respected while he is dismissed.

Nothing drives this point home more than the end-of-episode reveal that a new Captain America has been chosen. Sam gave up the shield to retirement, but the new Cap (Wyatt Russell) is carrying it in direct contradiction to his wishes. The US government took the service of a Black man, ignored their promises to him, and immediately made a white man the symbol of America in place of Sam.

What Did You Think Of Falcon And The Winter Soldier Episode 1?

I suspect that we’ll be getting a lot more of this as the show goes on, but the first episode is already packed with depth. I’m looking forward to seeing where Falcon and the Winter Soldier go!

What did you think of the first episode of Falcon and the Winter Soldier? Let us know on social media!

The Falcon and The Winter Soldier streams weekly on Disney+.