Fear and Fright in Film and Your Life 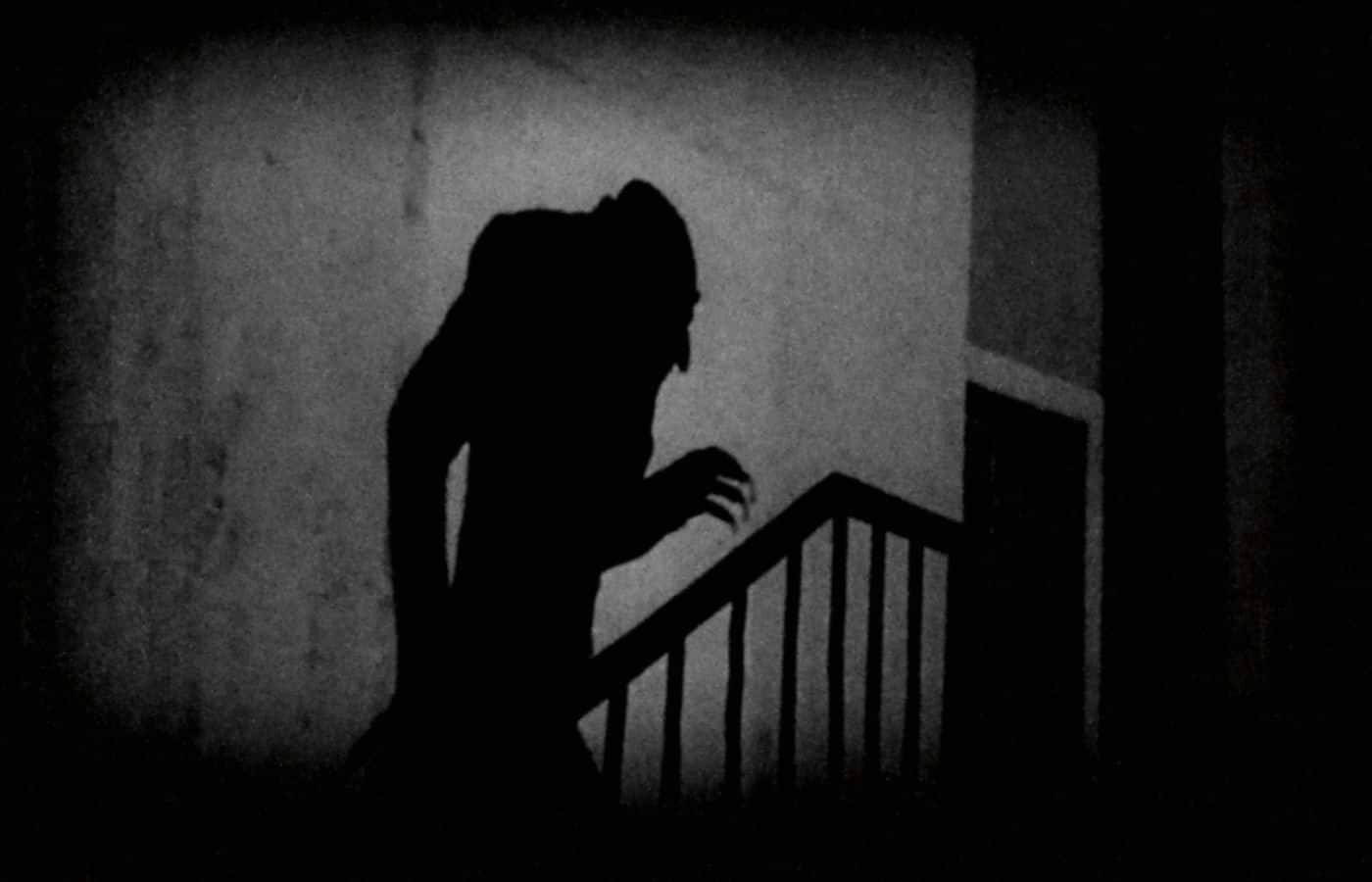 Sometimes, a little inspiration from a terrorized protagonist can help combat your fear.

Now is a better time than ever to celebrate the genre that makes its viewers feel alive more than any other genre. We’re talking horror here. If we’re all being honest- truly honest – with ourselves, most of us would admit to having a bit of fear, some stress, a little anxiety, or any combination of those. For some if not all, those feelings have gotten worse recently.

On one hand, this topic has been talked about extensively. But things have been quite different across the globe for almost an entire year now, so considering this new angle from which we all see, it’s worth examining our fears again.

What better way to do so than through horror films? Keep in mind: some of the films listed here are hard to watch.

Some people are scared of realistic could-happen-to-anyone situations. Consider the vicious films The Last House on the Left (1972), Green Room (2015), The Strangers (2008), and the bleak, miserable, and hopeless Henry: Portrait of a Serial Killer (1986).

Spending a lot of time indoors, huh? Hearing things in the walls? Maybe the house is haunted; look to The Changeling (1980) or The Conjuring (2013) for frights on coping and dealing with unsettled spirits.

Some fears may be a bit too close to home right now, considering widespread illness. For this reason, Contagion (2011) and 28 Days Later (2002) may currently not be too enticing.

Many people struggle with the idea of death and its related concepts, such as spirits, an afterlife, eternity, and Hell. The beyond-our-mortal-coil type of fear. Baskin (2015) and The Wailing (2016) should give you something to think about.

If you’re anything like me, the terrors of what can go wrong with our physical bodies are the most haunting. The Fly (1983) is the first film that comes to mind when I think about the end of growth, the beginning of decay, and our inevitable deaths. For those who have a bit of cosmic wonder about them, Color Out of Space (2019) is excellent, and The Thing (1982) is the film that most deem top of the line for both body horror and practical effects. Cabin Fever (2002), the Hostel series (2005-2011), and Society (1989) still sicken audiences.

“Why not walk on the sunny side of the street,”you might ask. Because there are days in my city where it’s impossible to do so because it looks like Night of the Living Dead (1968) out there. My daily commute looked like Train to Busan (2016) not too long ago.

“Why do you watch that crap?”

Have you been asked that before? Sure you have.

Consistent throughout humanity’s history of storytelling (filmmaking included) is the way we’ve used horror as a means by which to keep us grounded. Relatable characters and frightening situations are reasons found at the core of why we watch horror movies.

Horror films especially give us a unique lens through which we can safely see what life might be like, could be like, if things go wrong. Many people don’t see how films can have any value in reality. But for many die-hard horror fans, watching movies is a way of life; the genre is filled with characters we can relate to and scenarios that aren’t always that different or far off from our own.

Fighting the things we fear is different on the individual level. Sometimes fighting back is merely a matter of being able to look that monster in the face. Fighting fear might just be the act of packing your bags and walking away from someone. Other times, it requires blood, sweat, and tears. The genre is full of characters that have tragedy fall upon themand they usually refuse to go down without a fight.

On occasion, resisting that terrible fate requires staying awake as long as possible, enduring nightmares, setting a ton of homemade booby traps after your friends have been killed, and eventually setting your attacker on fire once he’s pulled from the dream world. Just ask Nancy Thompson of A Nightmare on Elm Street (1984).

As it goes for any film, the premise and plot are up for interpretation to be analyzed for metaphors and other representations that may comment on issues we face in life.

Each of the films highlighted in this piece are must-see movies if you haven’t already viewed them, and if you have seen them, give them another viewingif you can stomach a re-watch. Watching a horror film is a safe way to explore the fears, the frustration we feel, and if they give nothing else, hopefully the characters inspire you to deal with your fears head on.

There are a number of theories that suggest we benefit from watching scary movies. For example, this article suggests that it’s the willingness to put ourselves in a frightening situation that helps us overcome our own issues, not to mention the calming reward we feel once the relief comes and the credits start to roll.

Michael Gingold wrote in Fangoria’s July 2020 issue of the comforts horror films provide against the backdrop of life’s disasters. Dr. Rebekah McKendry explains some of the same concepts I’ve mentioned in a January 2020 episode of her Colors of the Dark podcast.

Sure, sitting on the couch and watching a horror film that can be turned off at any moment is a controlled environment, but it can have applications in the real world.

About 18 months ago, trouble came about in my personal life and some sort of flip was switched somewhere inside me. Life looked a lot different. Things that never bothered me beforehand suddenly created a tangible sickening fear that had me backing into an imaginary corner, trying to shield myself from the things that were scaring me.

After some time, it dawned on me that my only option was to confront my worries. Something that remained consistent has been my consumption of horror films. If we can keep the effect of our fears at a minimum, if they can remain locked somewhere under the surface, I’d call that a victory.

This leads me to a film I find myself thinking about often: Jennifer Kent’s The Babadook (2014). It’s become one of my favorite horror films of all time, and it’s a movie that I wasn’t even sure I liked after my first viewing. As the years went on, though, and I revisited the picture, I was consumed with the struggles the lead character Amelia faced as she tried to protect her own sanity and her son, all the while confronting the past that haunted her on a regular basis.

In the film, things inside her own home serve as constant reminders of what she used to have, and she hasn’t adjusted well at all in the short span of time that it’s just been her and her child trying to keep it all together.

Consider Kirsty Cotton of Hellraiser (1987) fame. At the beginning of the film, she is happy to see her father and help out as he’s moving into his new home, and sure, she has her unfavorable step-mother to deal with, but life doesn’t seem so scary for her.

Before long, however, she’s face to face with the Cenobites–beings from another dimension. She unlocked the puzzle box that unleashes them, and though they are “demons to some, angels to others,” they frighten her terribly, and make no distinction between pleasure and pain. Nor do they recognize right, wrong, good, evil; they simply come for whoever opens the box. With her life threatened, Kirsty promises that she can deliver to the Cenobites someone they’ve been looking for, a deceased uncle of hers named Frank Cotton.

Pandemic aside, life is a constant struggle of finding what one wants and needs, finding out how to get it, and facing those challenges that keep us from getting there. These fears make it hard for many to feel safe, fulfilled, or even comfortable. The stability that most of us search for isn’t always unattainable, but it can feel like walking through hell trying to get there.

There’s something so empowering about being able to conquer one’s fears, and no matter what they are or where they come from, those terrors aren’t so scary once a bit of light is shined upon them. Don’t get me wrong, we’re not always safe in the light–in The Texas Chain Saw Massacre (1974), for example, Leatherface is just as scary in that early morning Texas sun as he is the night before, but Sally Hardesty still has enough courage within her to try and outrun him one last time.

“Horror” is Subjective But Fear is Always Relatable

In sum, there’s a lot to question about what exactly makes a film a horror film. Is it the content? Is it its scare-factor? That is subjective. Is it the tone? The mood? The suspense?

Watch Come and See (1985) and consider what scares you, both on screen and in the nature of humanity.

Watch Persona (1966) and ask yourself who you really are.

You Were Never Really Here (2017) and Possessor (2020) will likely leave you thinking about the human experience and our perception of life’s events both as they happen, and as they exist in our memories.

The in-depth conversations I’ve had over the years with other fans of the genre make it clear that there will always be a spot in horror for people who want to watch the ultimate evils humanity faces, and the genre is anything but dead. We could all use a bit of inspiration here, and we don’t have to look too hard to find it on the screen.

Here’s to rooting for the ones fighting tooth and nail with whatever weapons they can get their hands on. Time and time again, we see horror protagonists as people to look up to as their survival in the face of danger seems so improbable.

The characters of The Descent (2005), who fight for their lives in complete darkness and claustrophobia.

Ellen Ripley of Alien (1979) is endlessly inspiring and the namesake for household pets everywhere.

While they give us laughs, the Maitlands of Beetlejuice (1988) have their lives turned upside down.

Damien Karras of The Exorcist (1973) is a model of persistence in uncertain, unfathomable struggles.

In the coming months, years, and decades, we’ll all see how life works out. There’s not much we can do besides put up our best fight and wait and see. We just have to watch.