Fear Street Part One is a brilliant ode to the horror movie genre! 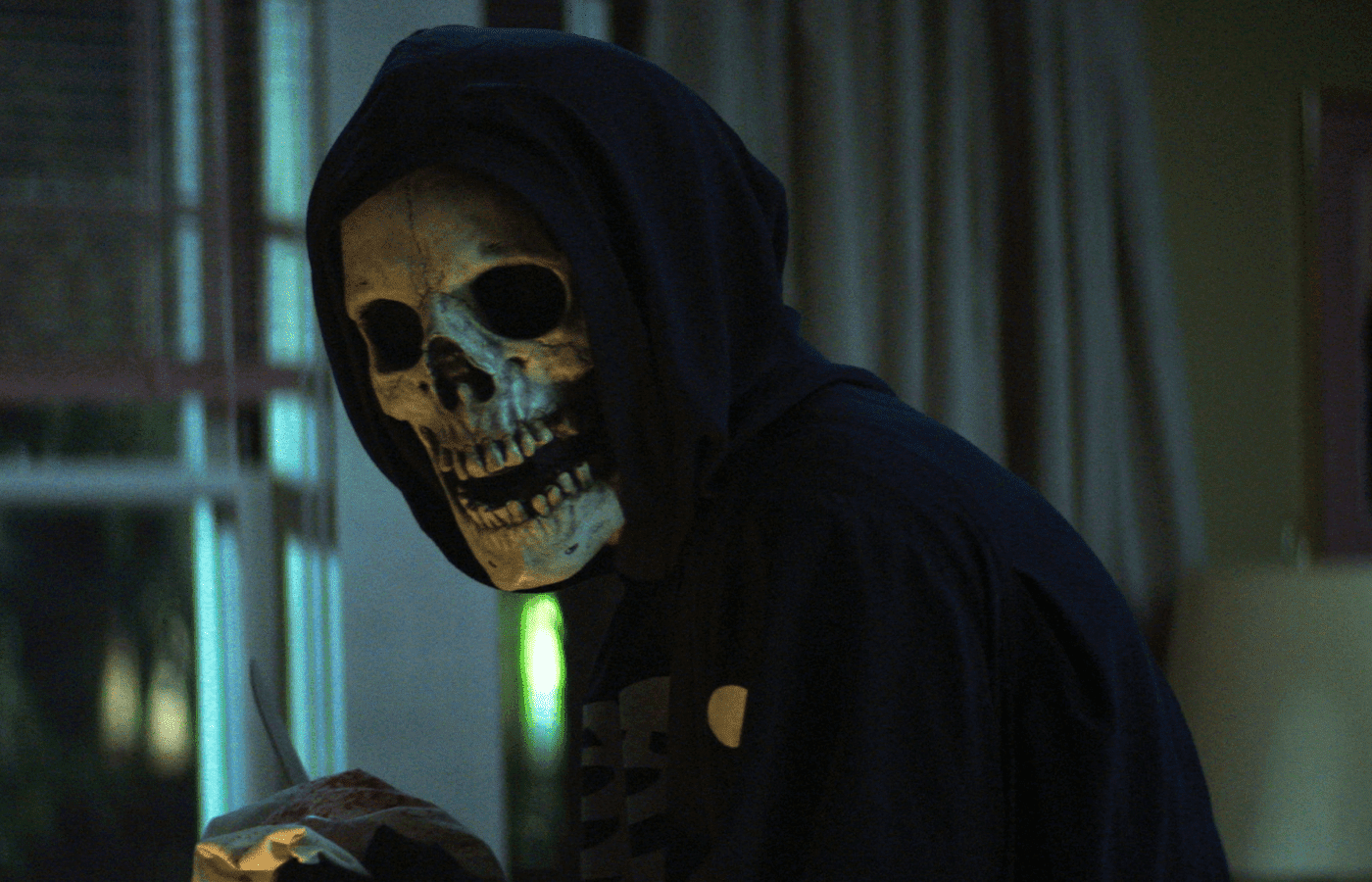 Fear Street Part One: 1994 is a promising first installment: it not only whets the whistles of an audience hungry for original horror, but it also feels like a good standalone story.

The name R.L. Stine is synonymous with Goosebumps, the horror-for-kids series for which he authored 235 books. The series was seminal for all ‘90s kids, but when you got a real taste for horror, you eventually graduated to his wildly underrated Fear Street series, which was geared more towards teens. The books felt like a far cry from their predecessors; most of them actually contained gory descriptions of murder and featured teen relationships, sometimes even insinuating sex. Those paperbacks could really make you feel alive.

When the news broke that Fear Street was finally getting its own film adaptation in the form of a trilogy, longtime fans of the series started buzzing. To add to the excitement and legitimacy, none of the films take place in the present day, instead, they work backward from 1994. Although the prospect was exciting, would the actual product live up to our long-awaited expectations?

If you’re anything like me, after watching the first installment, Fear Street Part One: 1994, the answer is a clear and resounding “hell yes.”

Fear Street Part One: 1994 adapts its settings directly from the books, taking place in the fictional dismal town of Shadyside, Ohio and its neighboring, eerily pristine Sunnyvale. The plot  mostly trains on its main protagonist Deena (Kiana Madeira), a queer teen from Shadyside who spends her days looking after her brother Josh (Benjamin Flores Jr.) and hanging out with her friends Kate (Julia Rehwald) and Simon (Fred Hechinger).

She’s also obsessively pining after her ex Sam (Olivia Scott Welch), who moved to Sunnyvale. After a prank gone wrong seemingly leads to an unleashing of ancient evil, the entire gang has to band together to save each other from getting killed.

Of course, that’s a really reductive outline. While there aren’t many plot twists, the movie has a rich story, filled with detail and character development. It effectively opens up the trilogy by laying down the basic points that will run through the course of the series, introducing us to Sarah Fier, a witch who cursed Shadyside to be plagued with violent murder sprees for eternity. We learn more about the other murders that Sarah has paranormally inspired and meet some of the Shadyside residents she drove to kill. As the band of teens fend off these attackers, we learn more about their own stories, creating layers of fun horror that are an absolute joy to plunge through.

Social themes are not far from the surface here. The differences and rivalries between Shadyside and Sunnyvale are a clear example of American classism, and the title sequence splashes news articles and reports of the economic and criminal disparities between the two towns throughout history. Sunnyvale residents truly despise Shadyside’s townies and the hatred is mutual, but a Shadysider’s resentments seem to come from a place of desperate longing for better chances. It also makes some small arguments about the efficacy of a police force in areas with high crime rates. However, for anyone looking to enjoy a horror movie without an agenda, these elements are easy to ignore once the plot gets roaring (although it feels like later in the series, the commentary might play a larger role).

Why Does Fear Street Look So Familiar?

One of the most spectacular aspects of Fear Street Part One: 1994 is how deftly it draws inspiration from other horror properties without coming off as derivative or forced. Horror fans have so much to chew on here, from the Scream homage at the very top to the look of the Camp Nightwing killer that clearly borrows from The Town that Dreaded Sundown. At its core, it is a slasher, but it also gives different subgenres airtime. We see elements of possession, ritualism, the undead, and even a little bit of Scooby-Doo-style team-building.

The timestamp is also cheerily overused in a way that’s more fun than annoying. Older millennials and Gen-X’ers can indulge in the nostalgia that feels less like the usual pandering and more like the proper application of a time when media, in general, was more gritty and despondent. The jukebox soundtrack features grunge and alt classics from the likes of Garbage, Radiohead, and Pixies. The clothes are some of the most period-accurate that I’ve seen, as are the set pieces; there is not a drop of over-exaggeration or sticky sentimentality here, only the basics are given.

What Fear Street Part One Does Best

The heart of this film, without a doubt, is its cast of misfits. We spend the entire runtime with a queer couple dealing with a lack of acceptance, a cheerleader who sells drugs, a goofy stoner-type, and a kid who spends all of his time connecting conspiracy dots on the internet. This structure, it’s similar to Netflix’s own Stranger Things (other resemblances include teen-based hijinks and the elaborate plots to keep themselves alive). The characters are slightly more relatable than your average teen slasher, and you don’t have to poke around for emotional authenticity.

The hard R-rating adaptation is a welcome change that creates a more palatable experience for grown-ups who cut their teeth on the tweenie-based source material. At times, the rough language and innuendo can feel a little forced, but it makes up for that with its delightfully disgusting gore and surprising deaths that spare no gratuitous detail. The film’s only sex scene is explicit but not exploitative and feels as connected to the plot as it is tender, which is not something that a lot of slashers can boast. The ending, miraculously, manages to surprise not with a cop-out twist, but instead with plot progression that teases the link to the next two entries.

Fear Street Part One: 1994 is a promising first installment: it not only whets the whistles of an audience hungry for original horror, but it also feels like a good standalone story. Horror fans of all kinds will find something to cling to here, and hopefully, the following entries will hold up to the same standard.